Oil and gas giant Shell has announced the opening of its first EV charging hub in the U.K. The new Shell EV charging hub is located Fulham, London, where existing gasoline and diesel pumps have been replaced with new ultra-rapid charge points.

The new EV charging hub in London is a global pilot for Shell, and is considered the first instance in which a gasoline/diesel station has been converted to exclusively electric-vehicle charging. The new EV charging hub offers nine high-powered, ultra-rapid 175 kW charge points, which are said to provide some EVs with an 80-percent charge in as little as 30 minutes. 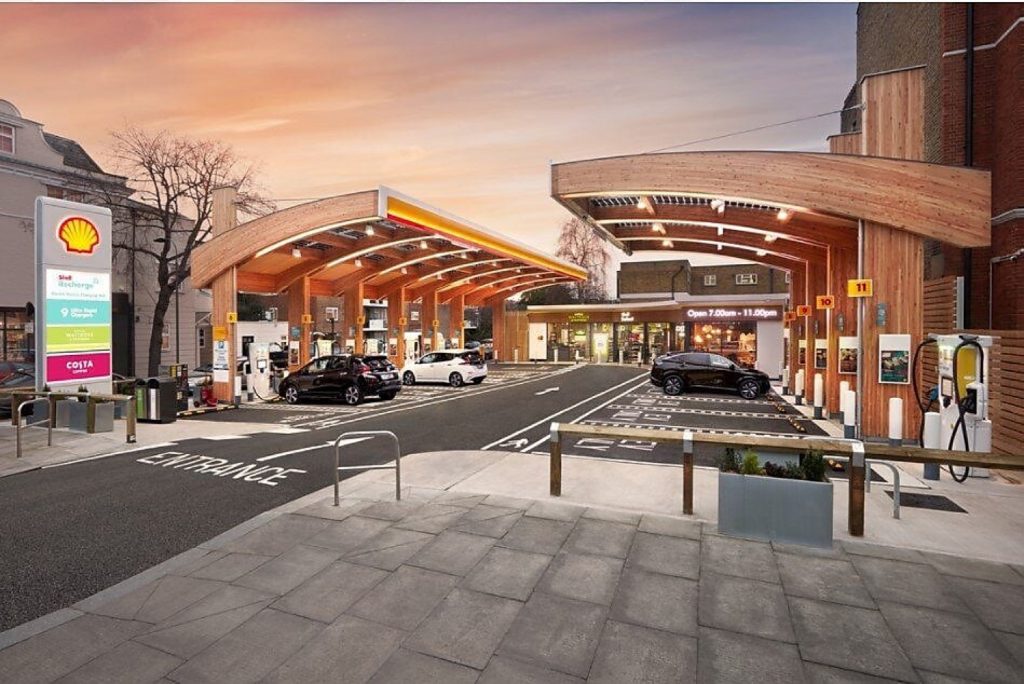 The new hub also offers an area for EV drivers to relax while their vehicle charges, including a Costa Coffee store and a Little Waitrose & Partners shop for caffeine, snacks, or groceries. What’s more, the EV charging hub incorporates solar panels on the roof for renewable electricity.

Shell says that it will continue to invest in EV infrastructure to help meet the needs of electric vehicle owners. Shell states that electric vehicle adoption is on the rise in the U.K., citing figures provided by the government stating that the adoption rate for ultra-low emissions vehicles (ULEVs) have risen more than 3,000 percent between 2010 and 2021, from roughly 9,000 ULEVs to 370,000 ULEVs. To note, ULEVs include both all-electric and hybrid vehicles. 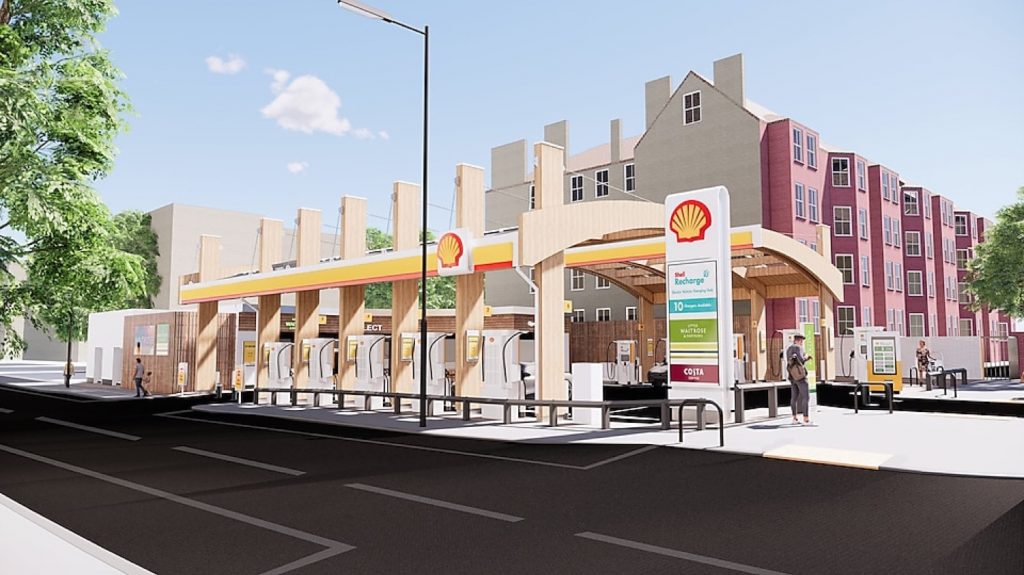 “For electric vehicle use to continue to grow, drivers need to feel confident that there are convenient and reliable means of recharging their vehicles,” Shell said in a statement.

General Motors is planning to release a bevy of new electric vehicles in the next few years, with 30 new EVs planned by 2025. The automaker is also currently investing in new EV charging infrastructure, such as at GM workplaces and dealerships, as well as low-income communities.