Two automotive enthusiasts have transformed a 1940s-era camper into a nitrous fed, Chevy Small Block-powered drag racer, with a 1970s Chevy van serving as the basis for this oddball build. 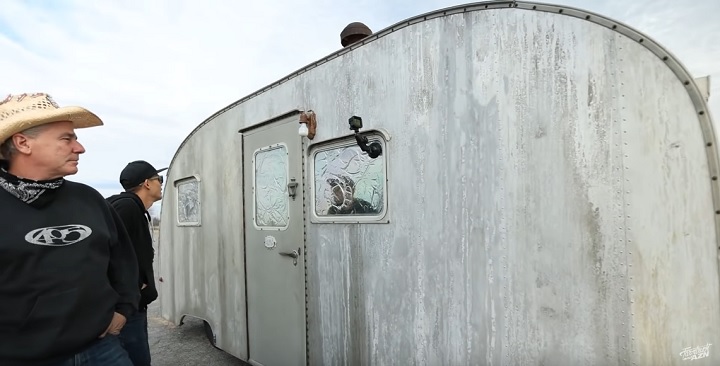 This creation is the work of two YouTubers who go by the name Farmtruck and AZN. The pair became well-known in drag racing circles after they appeared on the Discovery Channel show Street Outlaws with their ratty Chevy C10-based drag racer, which they later transformed into a speedboat for their new spinoff show. The Chevy-powered camper was also built for this new program, dubbed Street Outlaws: Farmtruck and AZN, and starred in the first episode that recently aired on Discovery Channel. 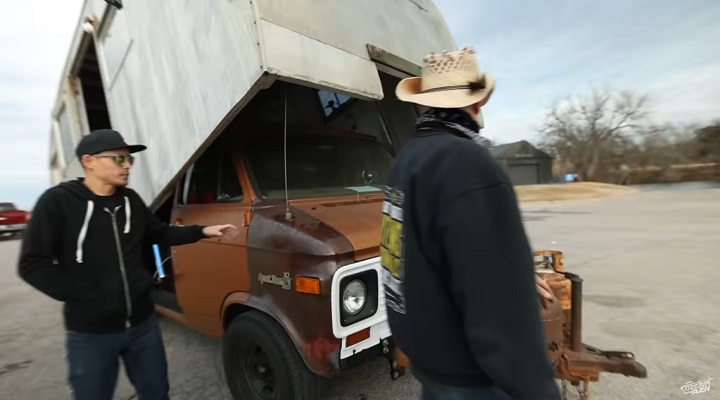 Seeing as the two were sworn to secrecy whilst filming for their new TV program was still in progress, they had to wait until now to share details on their Chevy-powered camper. Referred to as the ‘AirScream’, a not-so-subtle reference to the popular AirStream brand of trailers, this build is based around a 1970s era Chevy van with a 1940s trailer installed over top of the van body. The trailer’s factory windows allow occupants to see out of the vehicle, although Farmtruck and AZN had to move some of the windows to line up with the van’s. 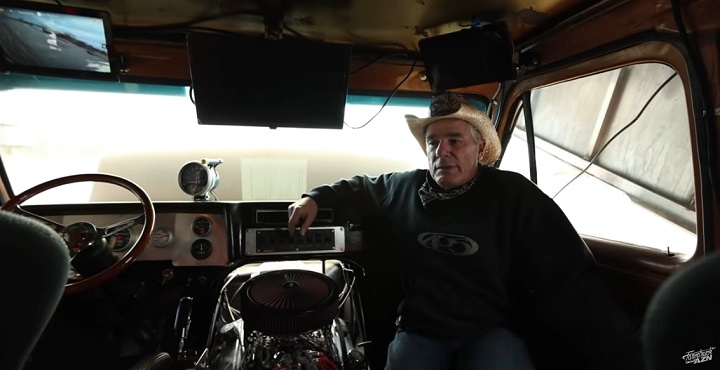 Under the hood (or rather in the cabin, seeing as the engine protrudes well into the front passenger cell) sits a blueprinted 400 cubic inch Small Block V8 – an over-the-counter product offered by Speedway Motors. While this is a turnkey engine and not a billet block motor, as often seen on Street Outlaws, it still churns out over 500 horsepower – helping the AirScream to break into the 12-second range in its first-ever quarter-mile pass.

Check out the video embedded below to learn a bit more about Farmtruck and AZN’s latest build.