The third and final model year for the first-generation Chevy Camaro was 1969. It would also prove to be the highest production year of the first generation, with 243,085 copies leaving the factory, courtesy of an extended production run that lasted from September 26th, 1968 to February 26th, 1970. 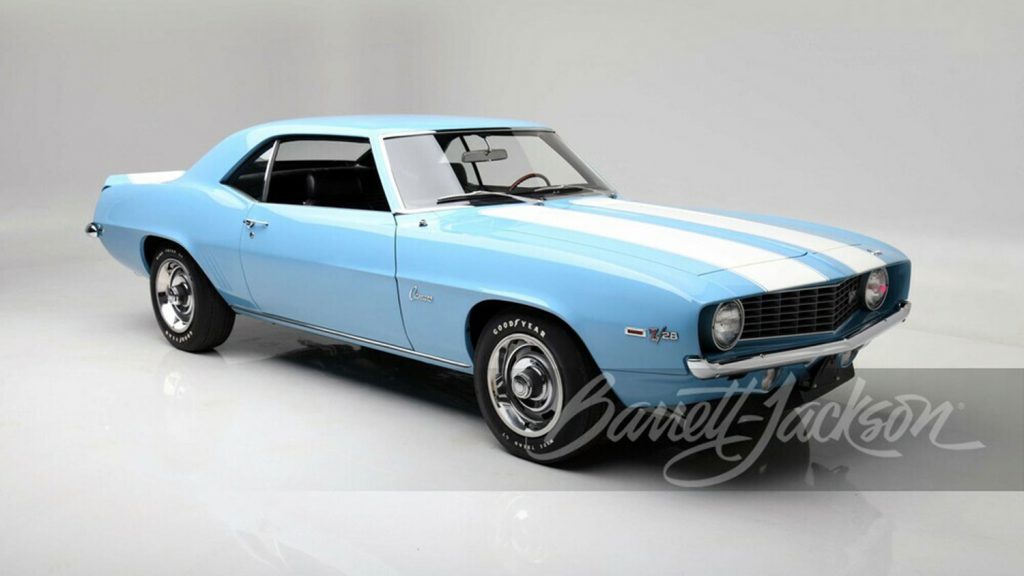 The Chevy Camaro for 1969 had a host of aesthetic changes, with front fenders, rear quarters, rear panel, header, valance, and doors all receiving design tweaks. Wheel wells were flattened for a more aggressive look, and the standard grille had a new look, with sharper angles. Inside, the main instrument binnacle pods shifted to a more squared appearance, but the console-mounted instruments remained unchanged from the previous year. Mechanically, four-wheel disc brakes were now available as an option on any Camaro trim level. 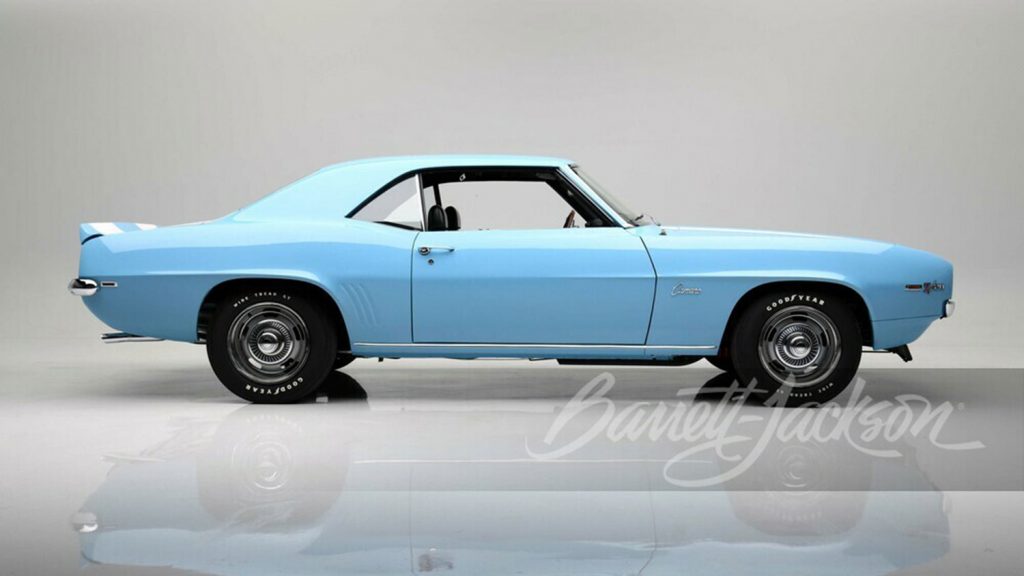 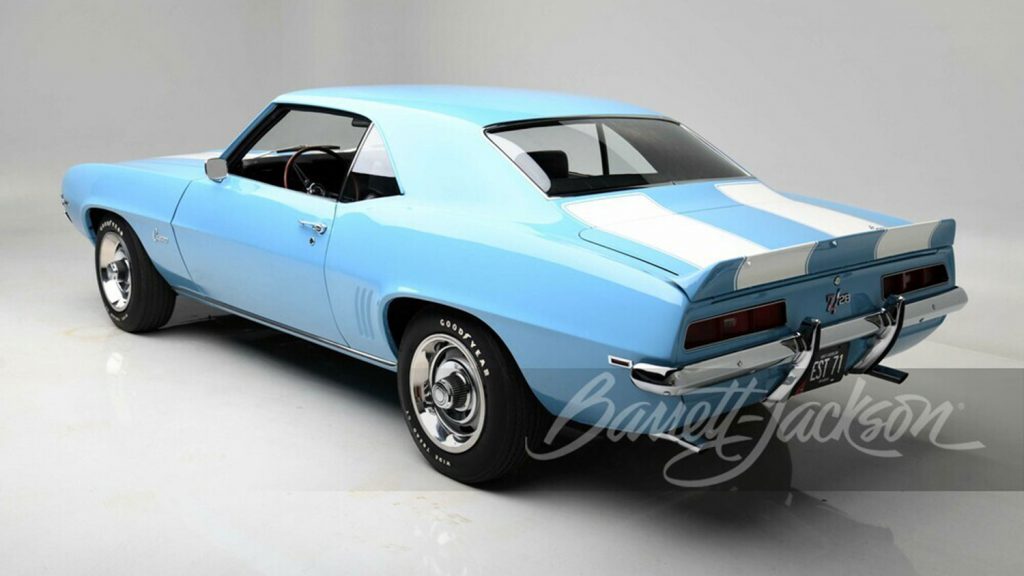 Our feature 1969 Chevy Camaro Z/28 is believed to be just one of two painted a rare special order hue known as Carolina Blue (this was GMC fleet light blue). With three owners from new, and having covered just 19,719 miles, the Z/28 was the subject of a no-expense-spared, concours quality restoration completed in 2021. The Camaro was completely disassembled, documented, and returned to its original spec by Arone Restoration in Pennsylvania. 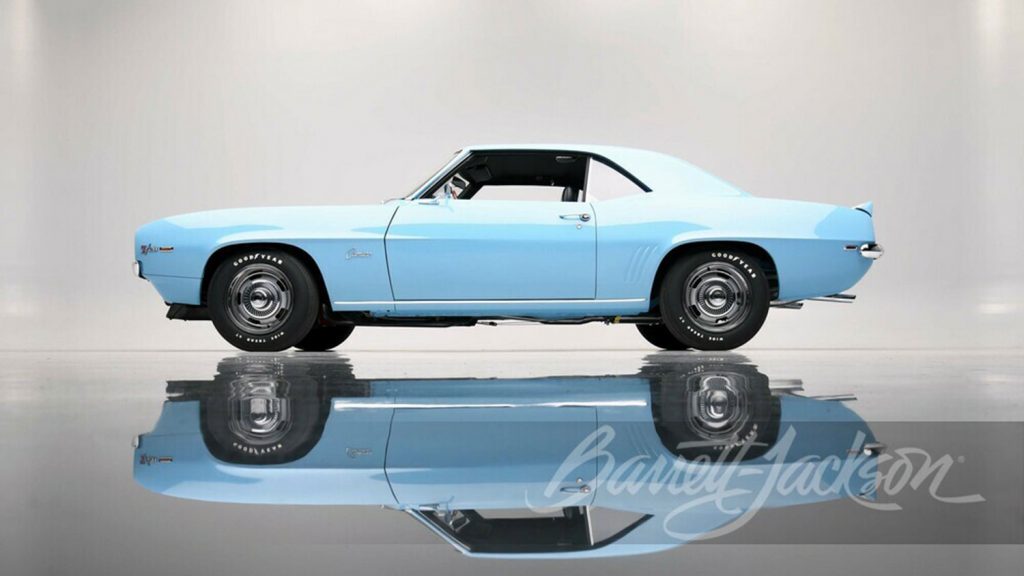 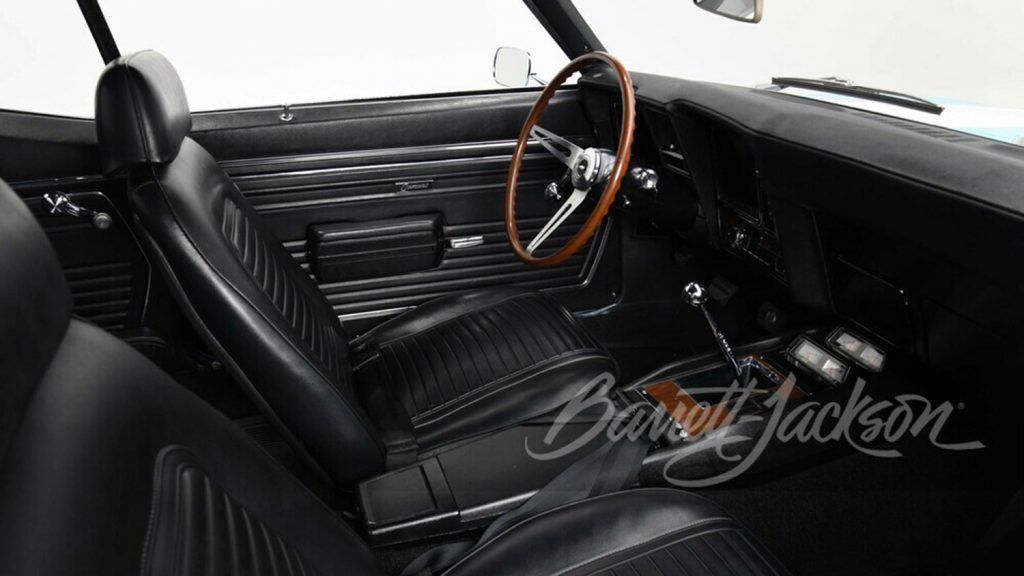 This Chevy Camaro scored a 97-percent Concours Gold Legends judging at the 2021 Camaro Nationals, and was the first Camaro to achieve a perfect score (1,000/1,000) at the Muscle Car and Corvette Nationals. 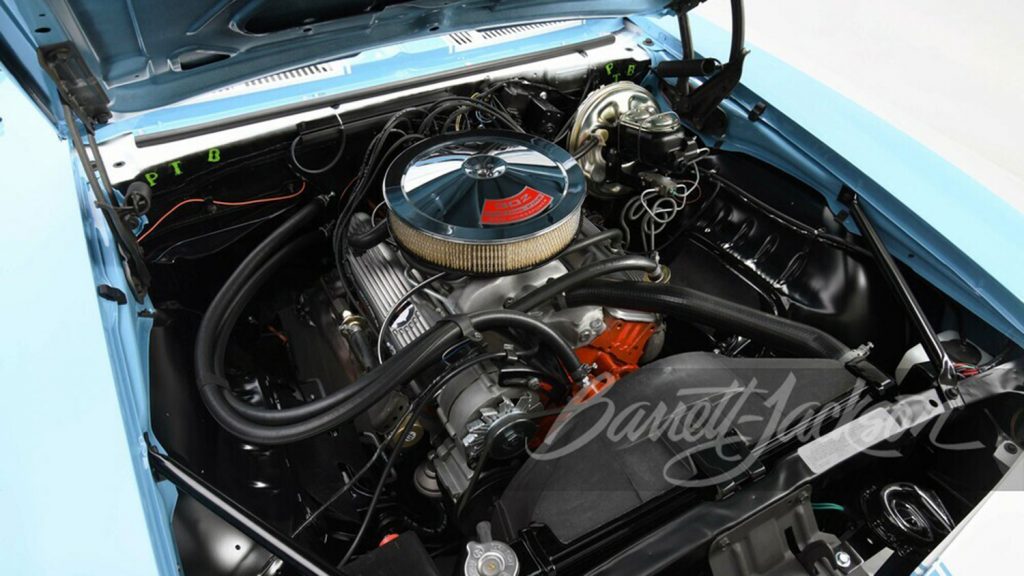 This rare, restored Chevy Camaro Z/28 will cross the Barrett-Jackson auction block at their Scottsdale, Arizona event later this week. 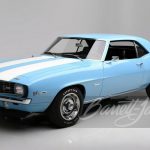 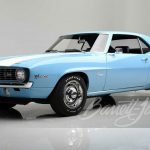 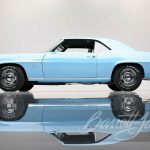 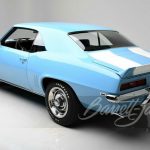 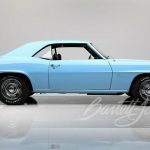 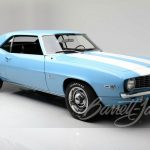 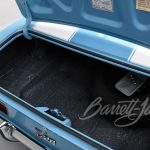 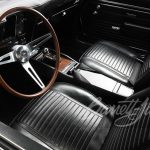 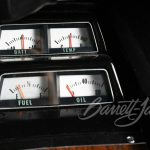 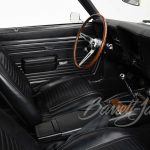 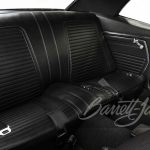 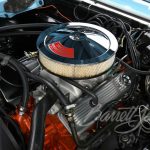 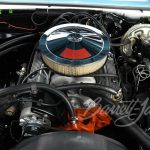 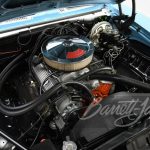