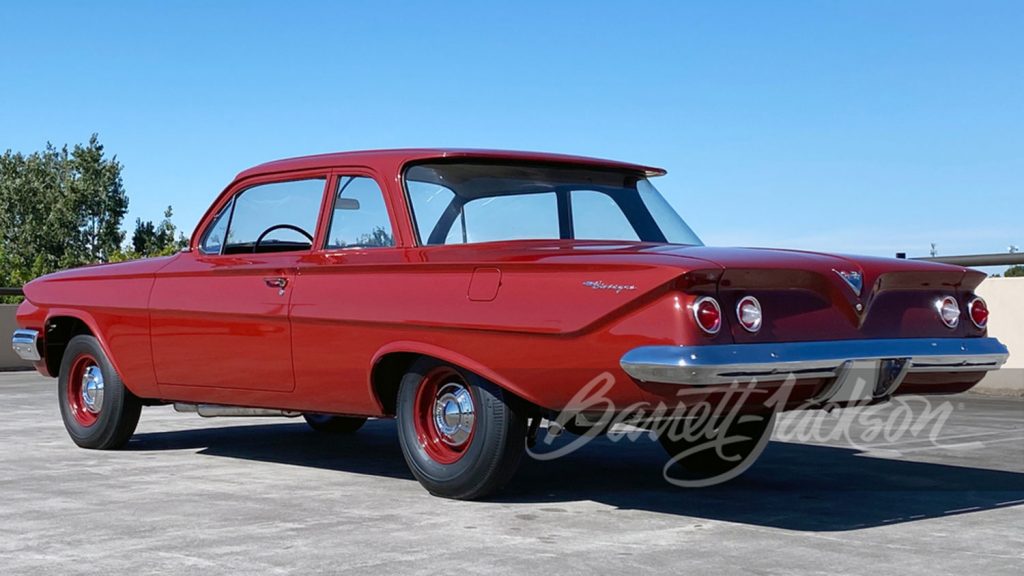 The Chevy Biscayne could be equipped with any number of drivetrains, including the inline six cylinder, 283 cubic-inch Small Block and 348 cubic-inch W-head Big Block, backed by either the Powerglide automatic or a choice of three- or four-speed manuals. However, the Big Daddy of them all was the 360-horsepower 409 cubic-inch Big Block. Only 142 409s were spread across the entire full-size Chevy line in 1961. Of those, a single 409-powered Biscayne Fleetmaster two-door is documented to have escaped the factory. 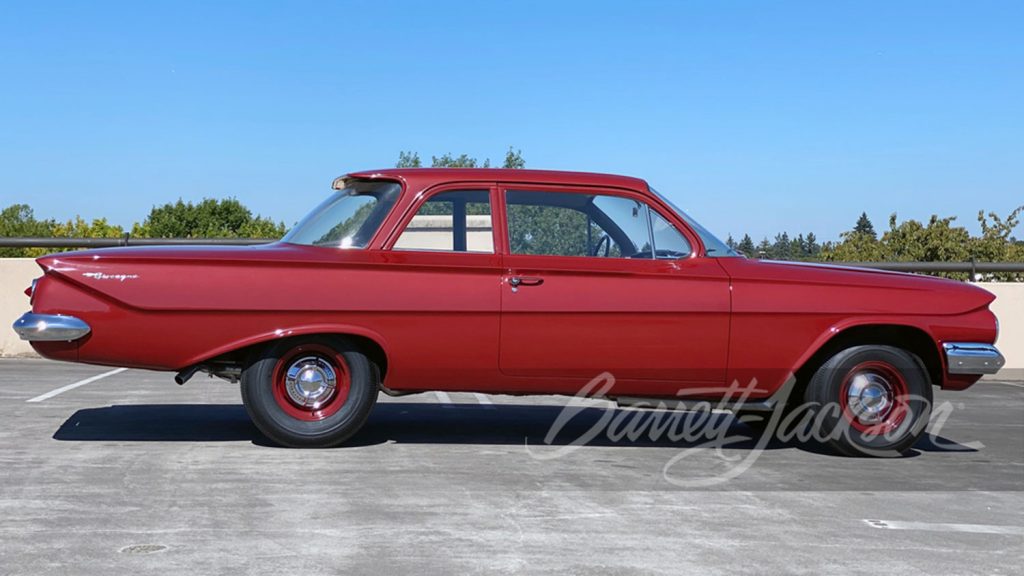 Ordered new by drag racer Allen May, this Chevy Biscayne Fleetmaster was delivered to Capitol Chevrolet in Salem, Oregon. A letter stating the car was going to be used only for racing accompanied the Oregon Chevrolet Zone Office order approval. This Biscayne is stuffed full of 409 goodness, backed by a Borg Warner T10 four-speed manual sending power through a 3.36 geared Posi-Traction rear end. It has a radio and heater delete. 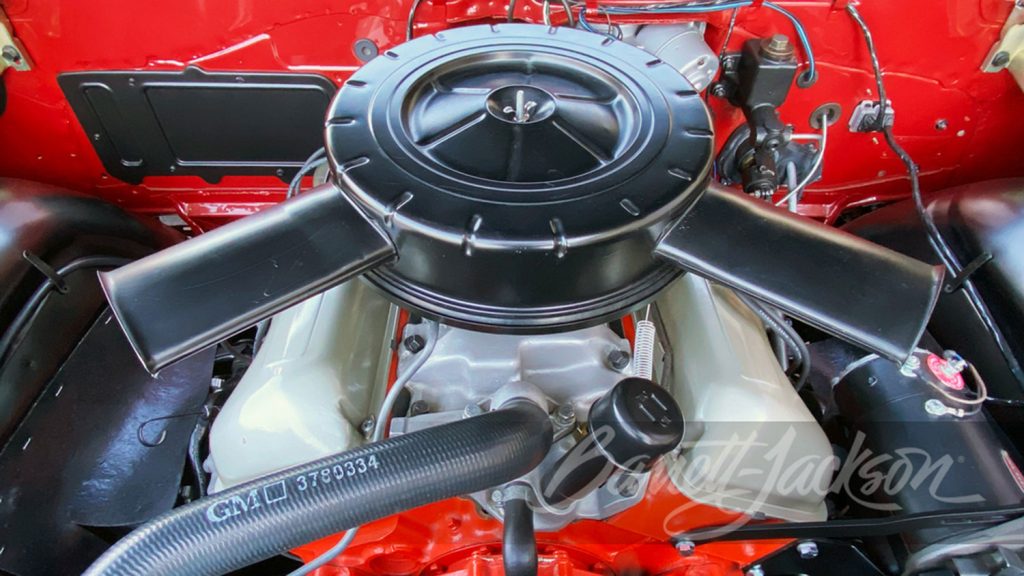 As the Chevy Biscayne has lived its entire life in the Pacific Northwest, and has had just a handful of owners from new (the current owners have had the car since 1976), there is a complete history on the car. It has been the subject of a comprehensive rotisserie restoration. The Honduras Maroon paint has a deep shine. Original front and rear bumpers have been re-chromed, and all glass is crystal clear. Painted steel wheels are shod in correct bias-ply tires and topped with dog dish hubcaps. The original T3 headlights still reside in the grille. The undercarriage is beautifully detailed. The finished product is exceptional, as its Second Place finish at the Grand National Roadster Show’s Outstanding Display Award confirms. 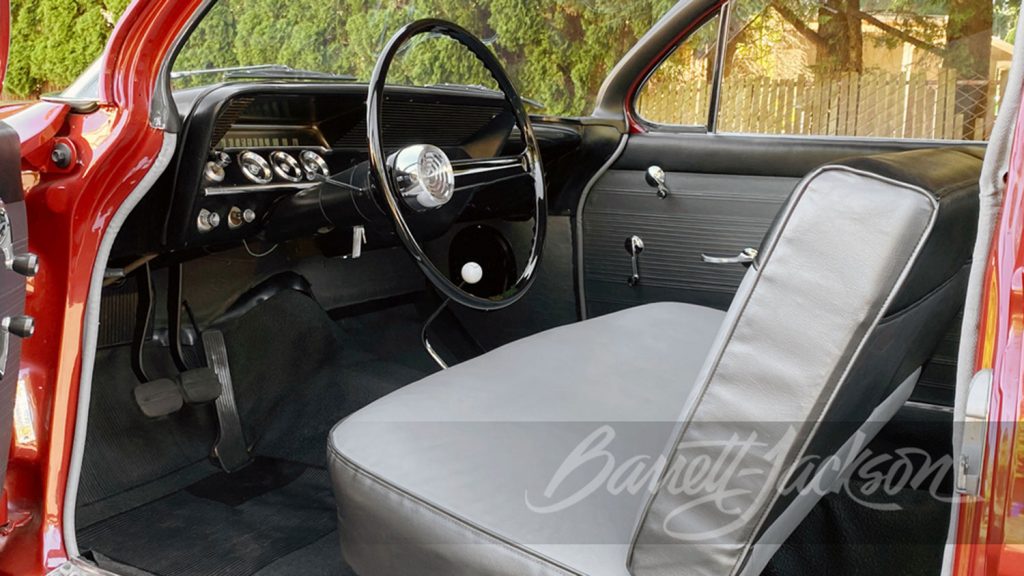 This Chevy Biscayne is accompanied by a full race history, including wins at the 1962 NHRA Winternationals and 1982 World Finals, a Letter of Authenticity from Jersey Late Great Chevrolet’s Verne Fantz, Jr., historic photos, and an appraisal from Chevrolet historian and former editor for Super Chevy magazine Doug Marion. It has twice graced the cover of Super Chevy magazine, and has been featured on Torqtalk.com. 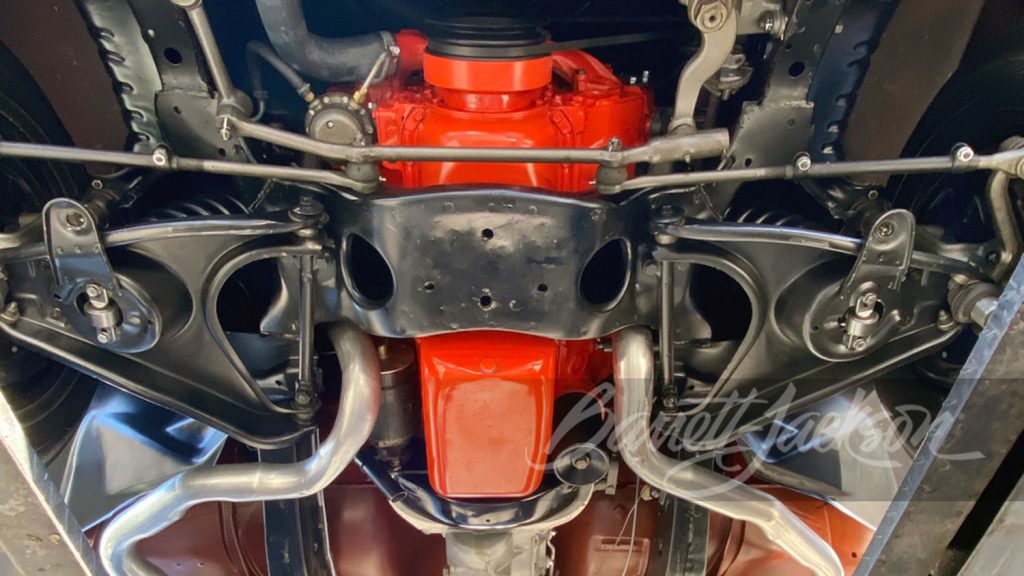 This rarest of all Chevy Biscayne Fleetmasters will cross the auction block at the Barrett-Jackson Scottsdale sale taking place January 22nd through 30th. 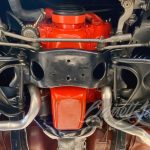 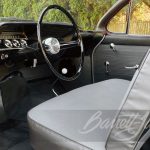 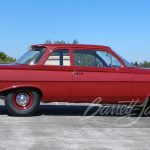 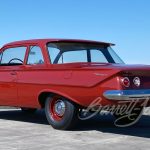 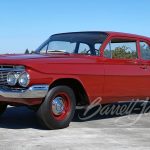 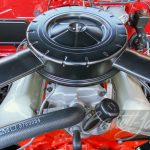