Mercedes-Benz debuted its new battery-electric Vision EQXX Concept this week, which uses slippery aerodynamics and lightweight construction to extend the usable range of its near-100 kWh battery pack to an impressive 621 miles. 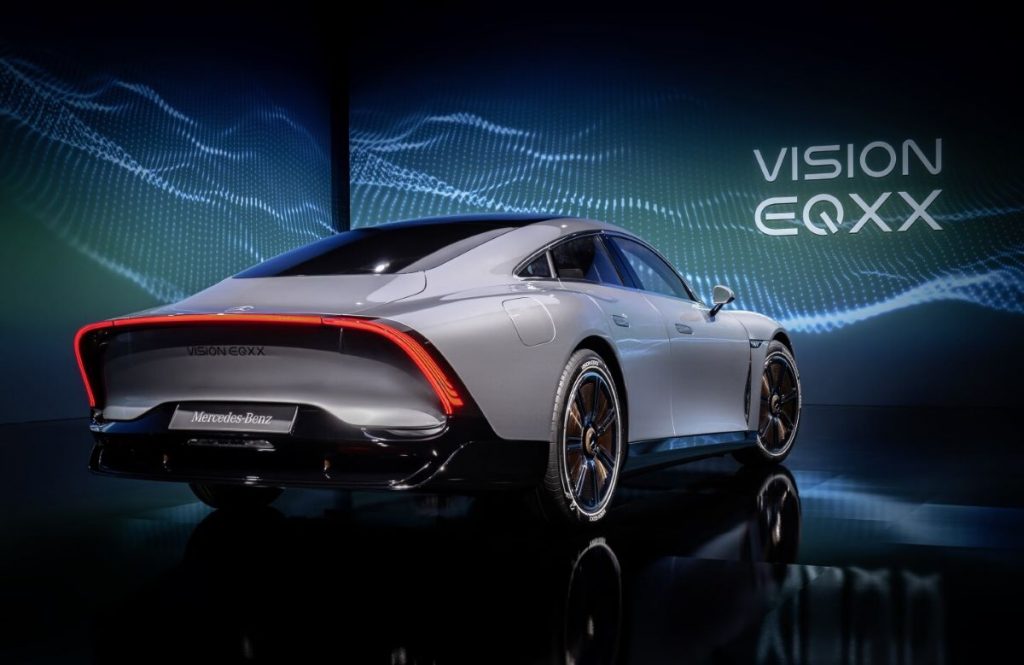 The Vision EQXX provides a glimpse into the future of Mercedes-Benz EV development, which will focus on implementing lighter vehicles with highly efficient powertrains. The Vision EQXX’s estimated range of 620 miles from its sub-100 kWh battery gives it an energy consumption of less than 10 kWh per 100 kilometers – equivalent to more than 6 miles of driving range per kWh. A major factor behind this impressive range figure is the luxury sedan’s slippery shape, which gives it a benchmark-setting drag coefficient of just 0.17 – making it more aerodynamically efficient than a football. The pre-facelifted Chevy Bolt EV has a drag coefficient of 0.32, for comparison’s sake. 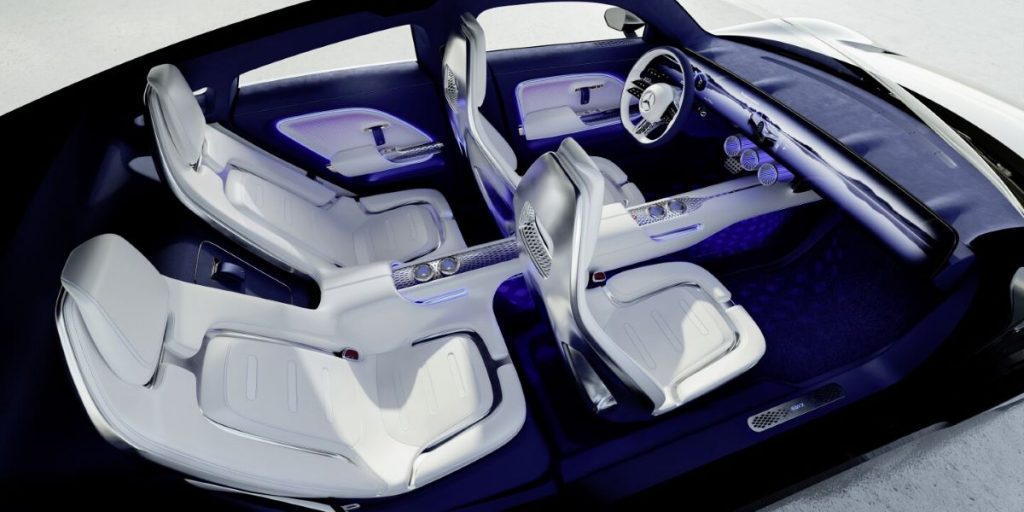 Weight, or lack thereof, is also a contributor to this range figure. Despite being a relatively large, well-equipped luxury sedan with a 100 kWh battery, the Vision EQXX tips the scales at 3,858 pounds – roughly 1,000 pounds less than a Tesla Model S. Some of the components enabling this featherweight design include a cast aluminum rear structure, carbon- and glass fiber reinforced plastic doors, aluminum brake discs, glass fiber-reinforced plastic springs and a simple interior design with vegan leather upholstery, bamboo fiber carpets and accent upholstery made from recycled plastic water bottles. 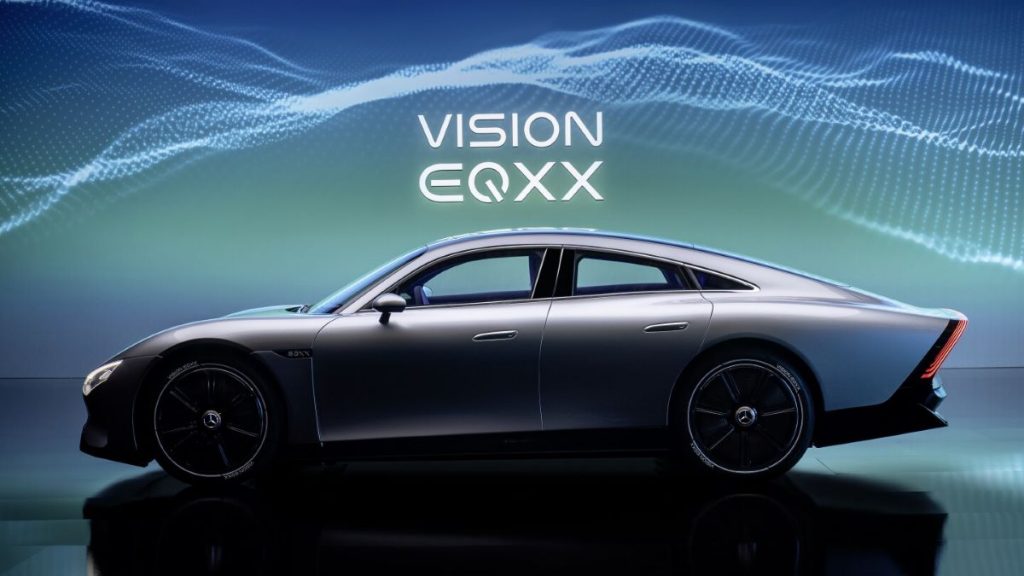 General Motors is also targeting hugely impressive range figures for its future EVs. The future second-generation of its Ultium battery tech will enable certain GM products to travel 500-600 miles between charges. It’s worth noting that the Vision EQXX does not rely on more power-dense batteries to extend its range to a claimed 600+ miles, but rather uses aerodynamics and a lower overall weight to extend the range of existing Mercedes-Benz battery tech.

Separately, the Mercedes-Benz EQS 450+ recently achieved 422 miles of usable range during an Edmunds evaluation using a 108 kWh battery pack. As we noted when it first debuted the EQS will serve as a rival to the Cadillac Celestiq once it arrives in a few years or so.