Barn finds are always exciting, but this video takes things to a new level, packing in dozens of examples of the classic Chevy Camaro and Chevelle, some of which are quite rare, plus a mountain of parts and other Chevy-branded goodies just waiting for restoration. 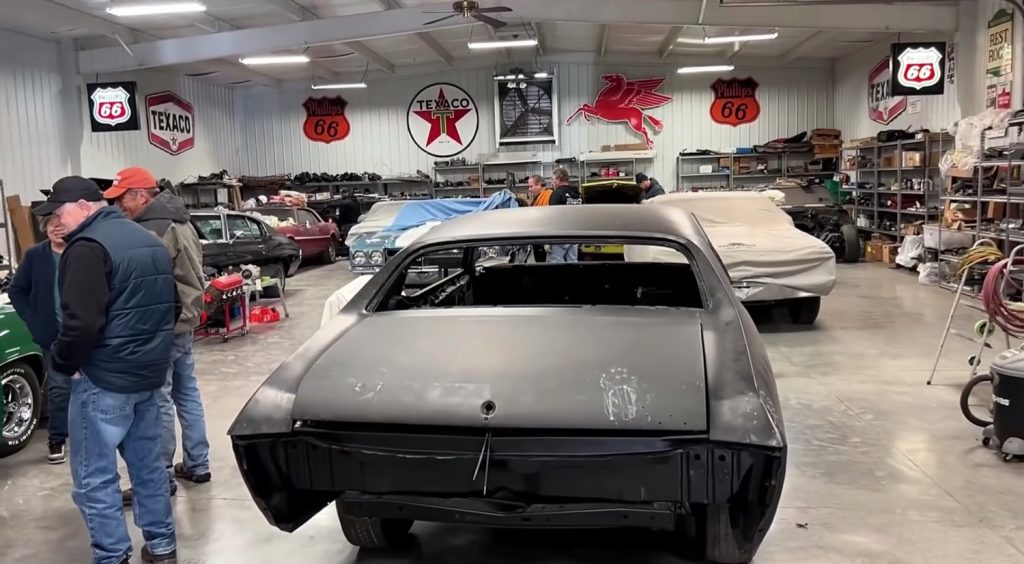 The main theme of this barn find video is the 1968 and 1969 Chevy Camaro, including SS and Z/28 models, as well as the Chevy Chevelle SS. The treasure trove includes examples of the cars and many, many car parts.

The barn find is located in Oklahoma, and spans five buildings spread out across three different locations, with a total of 39 cars in storage. With that in mind, it should come as no surprise that the video is quite long, clocking in at over 40 minutes. 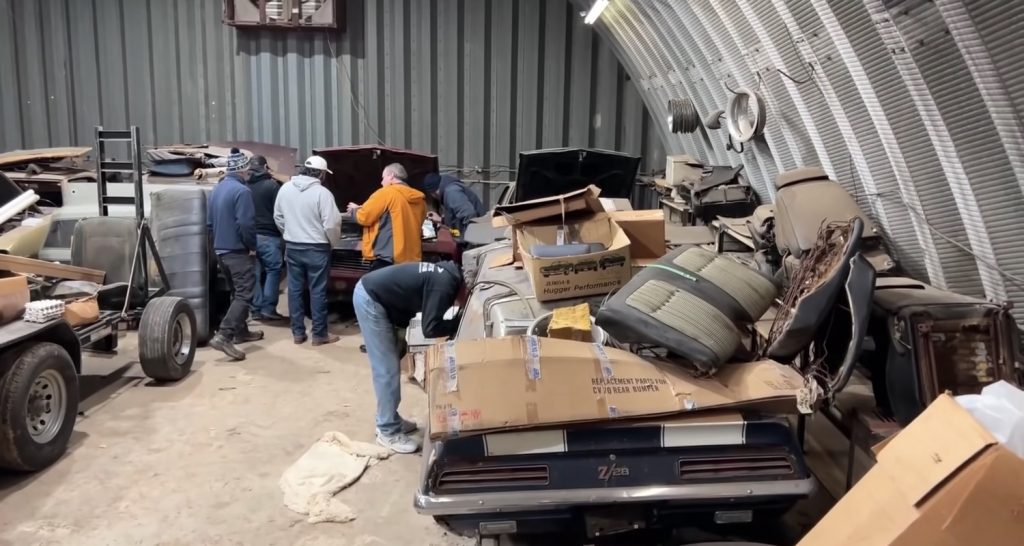 Another location reveals an Olympic Gold Chevy Camaro Z/28, which is all-original with matching numbers, as well as a 1966 Chevelle SS 396, and a 1969 Z/28 finished in Garnet Red with Black houndstooth interior and matching numbers engine.

The third location has several restored vehicles, plus a 1968 Camaro SS 396 L78 with the four-speed transmission, and a 1969 SS 396 in Butternut Yellow with yellow houndstooth interior.

In addition to all the cars, this barn find also includes a ton of random parts strewn about, like dash assemblies, engine blocks, mirrors, lights, interior bits, and more. There’s also other auto collector bits, like vintage automotive signage.

The video is includes lots of walking around and checking out what’s on offer, with the video host combing through the vast ocean of Chevy parts and vehicles. Afterwards, the visitors start the process of picking out what they want and start loading it up, a process that takes days to complete.