The official YouTube channel for aftermarket parts company Holley caught up with the owner of a GM LS V8-swapped 1970 Plymouth Superbird at last year’s LS Fest, providing an in-depth overview of this NASCAR-inspired build. 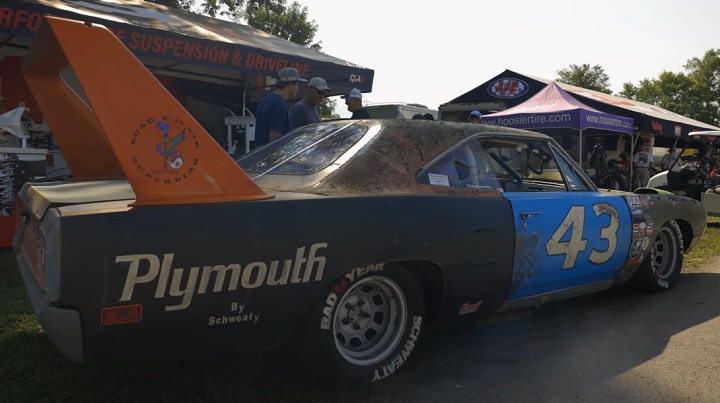 We say the 1970 Plymouth Superbird is NASCAR-inspired, but that’s not quite doing this build justice. According to the owner/builder, Shawn Jones, the chassis used here is that of an actual 1970 Plymouth Roadrunner stock car, while the Superbird add-ons come from Jones’ father, who collected various Superbird parts over the years. As such, it features a stripped-out interior, stock car gauges and a full roll cage. Jones also made some of his own alterations to the cabin, though, including modern-day bucket seats, a wooden pistol-grip shifter and a repurposed ammo box as an armrest. 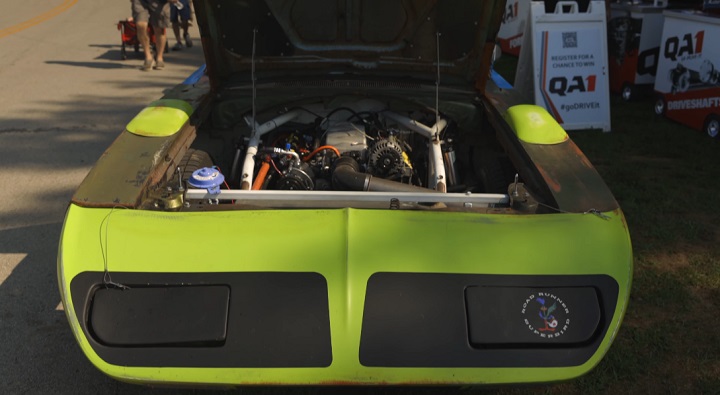 This car was at Holley LS Fest, which is open to vehicles with modern-day GM Small Block engines only, so in place of the factory HEMI 440 V8 is a Vortec 6.0L L96 V8 plucked from a GM pickup. This motor is mostly stock, with the only upgrades being a Holley Terminator X fuel management system and an aftermarket intake. While not the most powerful Small Block motor in the world, it’s an inexpensive and reliable alternative to the factory HEMI. Jones says he’s gotten some hate mail from Mopar fans over this choice of engine, but he’s yet to have anyone drop one of these rather pricy 440 motors off at his house, so the LS power remains for now.

Jones wowed the crowd at Holley LS Fest by doing some donuts and burnouts in his custom 1970 Plymouth Superbird, so check out the video below to see him smoke the tires on this custom Mopar.