The Pontiac Firebird nameplate was discontinued after the 2002 model year, with the final fourth-generation introduced for the 1993 model year. Now, this like-new 2000 Pontiac Firebird Trans Am WS6 is up for grabs in a new online auction. 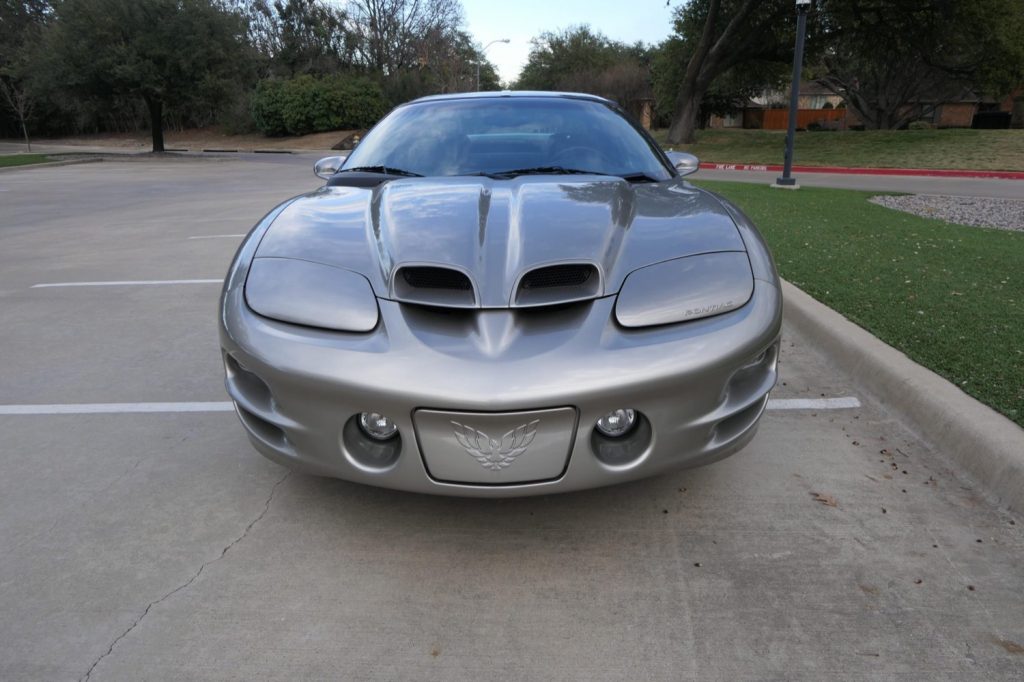 This 2000 Pontiac Firebird Trans Am WS6 was originally delivered to Pitre Buick-Pontiac-GMC in Scottsdale, Arizona, but was later moved to Canada and Arkansas before the current seller acquired it in November 2021. The vehicle now resides in Dallas, Texas.

The exterior of this muscle-bound Pontiac is covered in Pewter Metallic paint, and features removable glass roof panels, as well as 17-inch polished five-spoke wheels wrapped in 275/40 Goodyear Eagle F1 rubber. The front end sports a set of pop-up headlights and large integrated fog lights, while in back, we spot a rear deck-lid spoiler and dual exhaust. 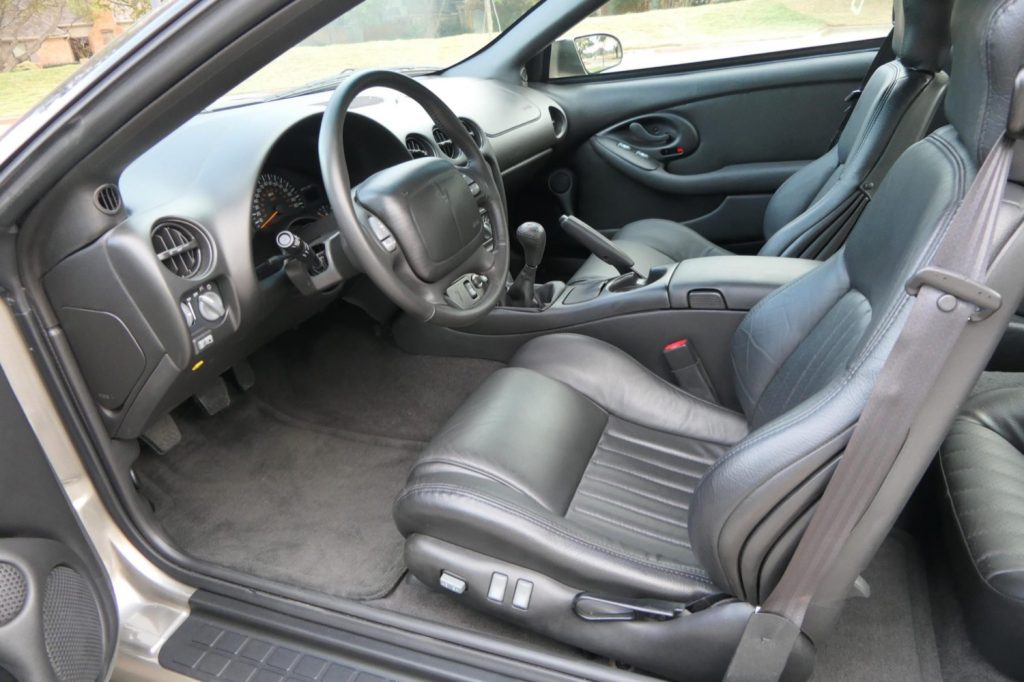 Moving into the cabin, this Pontiac Firebird is equipped with Ebony leather upholstery, which covers a set of bucket seats with adjustable lumbar support. There’s also air conditioning, a Hurst shifter, and a full Monsoon Premium Sound System with CD changer.

Pop that bulging hood, and you’ll find a naturally aspirated 5.7-liter V8 rated at 325 horsepower and 350 pound-feet of torque. Output is sent to the rear wheels via a six-speed manual transmission and Torsen limited-slip differential. This particular example was also upgraded with the WS6 Ram Air Performance and Handling Package, which includes goodies like a new intake and power steering cooler. 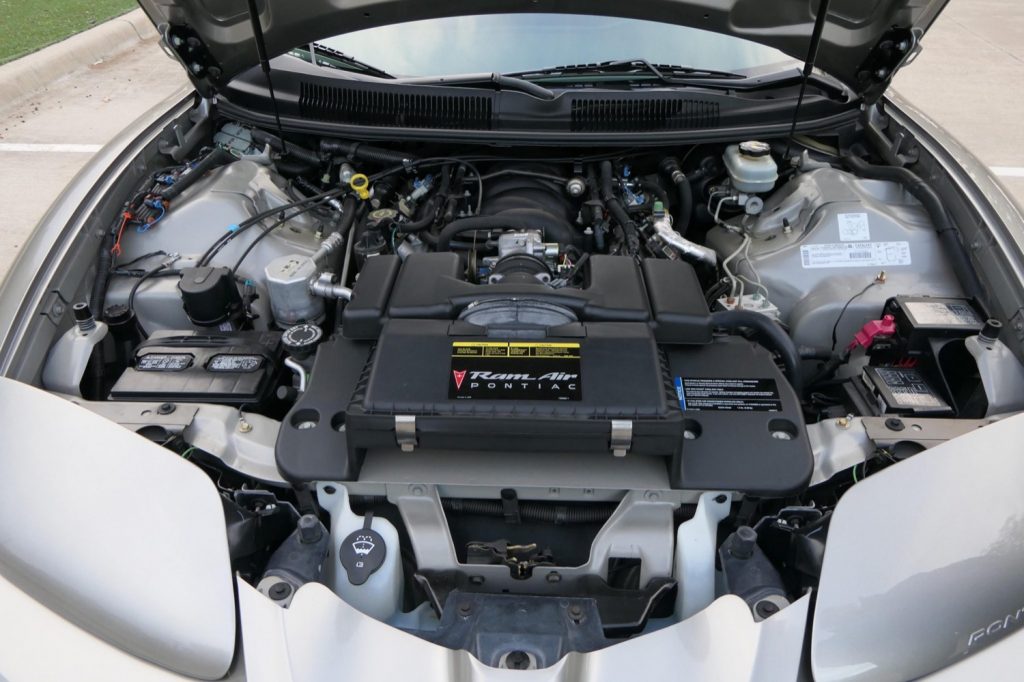 All in all, this Pontiac Firebird Trans Am looks pretty clean, although the listing does indicate that there is minor corrosion on some underside surfaces. The sale also includes the original window sticker, which lists retail at $32,160.

As of this writing, the current highest bid of 10 placed is $27,500, with five days left in the auction. Find it at Bring A Trailer.