Back in 2017, police in Hyattsville, Maryland received what was then the world’s first and only Chevy Bolt EV police pursuit vehicle. Now fans of the economical electric hatchback can buy a diecast version of the Hyattsville Police Department’s Chevy Bolt EV thanks to the folks over at Greenlight Collectibles.

The metal diecast version of the eco-friendly patrol car will go on sale in March of this year and will come complete with a set of roof-mounted police lights and a replica Hyattsville PD livery. The scale model will be offered for a limited time only and will be available to purchase via Greenlight Collectibles distributors, a complete list of which can be viewed at this link.

GM Authority wrote about Hyattsville PD’s 2017 Chevy Bolt EV back in the summer of 2018, shortly after Chevy’s own Find New Roads magazine did its own profile on the vehicle. The idea to purchase an electric patrol car came from Hyattsville PD Sergeant Richard Hartnett, who was impressed with the vehicle’s emissions-free running operation and 238-mile range. 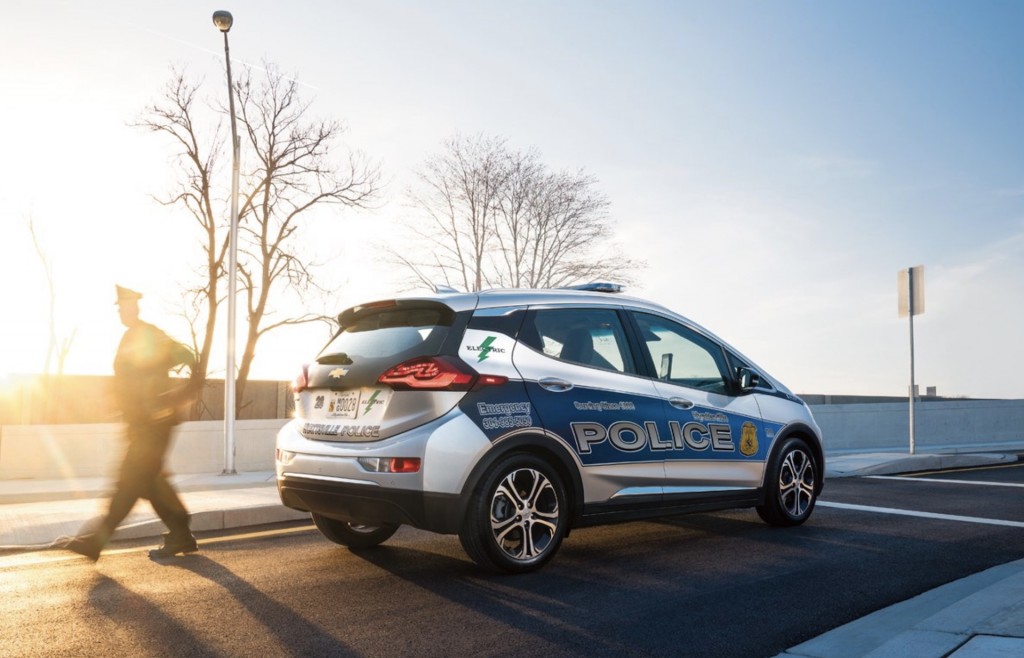 “When I’m patrolling in the Bolt EV, I’m out there doing all of the things that other officers do,” Hartnett told Find New Roads in 2018. “But I’m not polluting the air, and I don’t have any of the other problems that gas-burning vehicles do. It’s clear to me that EVs like the Bolt EV certainly have a place in law enforcement.” 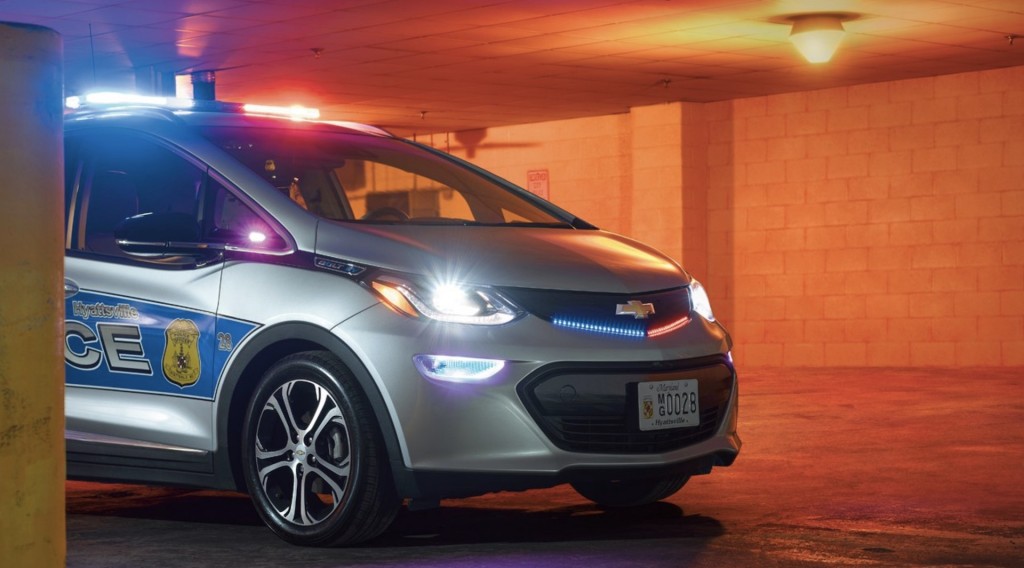 There are now a handful of Chevy Bolt EV vehicles in service with various law enforcement agencies in the U.S. and elsewhere, including with the NYPD and the Dubai Police.

GM also recently introduced a new Police Package for the updated 2022 Chevy Bolt EV and new 2022 Chevy Bolt EUV crossover, which adds two additional circuits (20 amp and 30 amp) for accessories like auxiliary lights and radios, as well as a Surveillance Mode that turns off the interior and exterior lights.