When GM restarted the production line at its Oshawa Assembly plant in southern Ontario last year, the automaker saw an opportunity to hire a more diverse group of candidates for the 1,200 jobs it had open.

As a result of these more inclusive hiring practices, roughly half of the 1,200-person workforce at Oshawa Assembly are women, according to a report from Automotive News.

Christopher Thomson, human resources and labour relations director at Oshawa Assembly, told the publication the automaker “very deliberately” used media materials and testimonials from female GM employees when advertising the open positions at Oshawa Assembly on social media and elsewhere. Thomson said GM jumped at the opportunity to hire more women to the Oshawa Assembly workforce, as it’s “certainly not an opportunity you get very often,” in the automotive industry.

“Automotive manufacturing has typically been male-dominated in the perception,” Thomson told Automotive News. 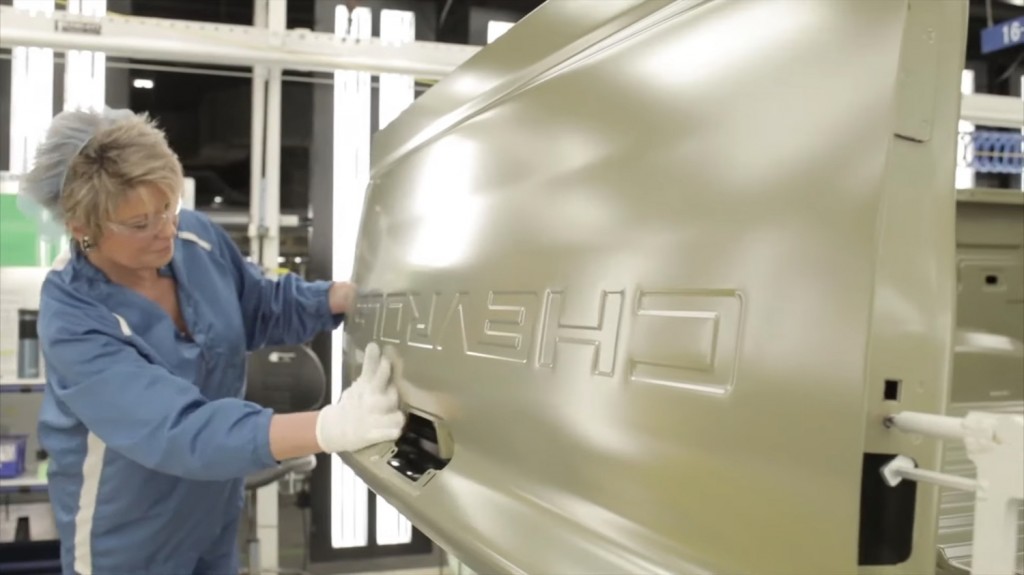 GM invested $1.3 billion into the Oshawa site to prepare it to produce both the Chevy Silverado HD and Chevy Silverado 1500. Renovation work began in late 2020 and was complete before the end of 2021 – marking one of the fastest plant turnarounds in the automaker’s history. Before pickup production began there, GM produced the Chevrolet Impala and Cadillac XTS sedans. The plant was shuttered at the end of 2019 after GM decided to discontinue these two model lines.

Muriel Matthews, one of the women employees that were recently hired on to the GM Oshawa Assembly workforce, said there was a sigh of relief within the Oshawa community when news began circulating of the plant’s reopening.

“It was like a collective, like a whole community, everybody [saying]. ‘GM’s opening!'” Matthews told Automotive News.

The first 2022 Chevy Silverado HD built at the Oshawa facility rolled off the production line in early November. The plant is only building the Silverado HD at the moment, with light-duty truck production set to commence later this year.