In a crash that looked right out of a movie, a black GMC Yukon – piloted by none other than renowned actor and former California governor Arnold Schwarzenegger – ended up parked on the hood of a red Toyota Prius.

The accident occurred at approximately 4:30 p.m. local time on January 21st, 2022, in the Pacific Palisades neighborhood of Los Angeles, California. While the details are still a little hazy, local law enforcement has indicated that Schwarzenegger is at fault for the accident. He allegedly made an illegal left turn on a red light in his GMC Yukon, which took him right into the path of the unfortunate Prius. 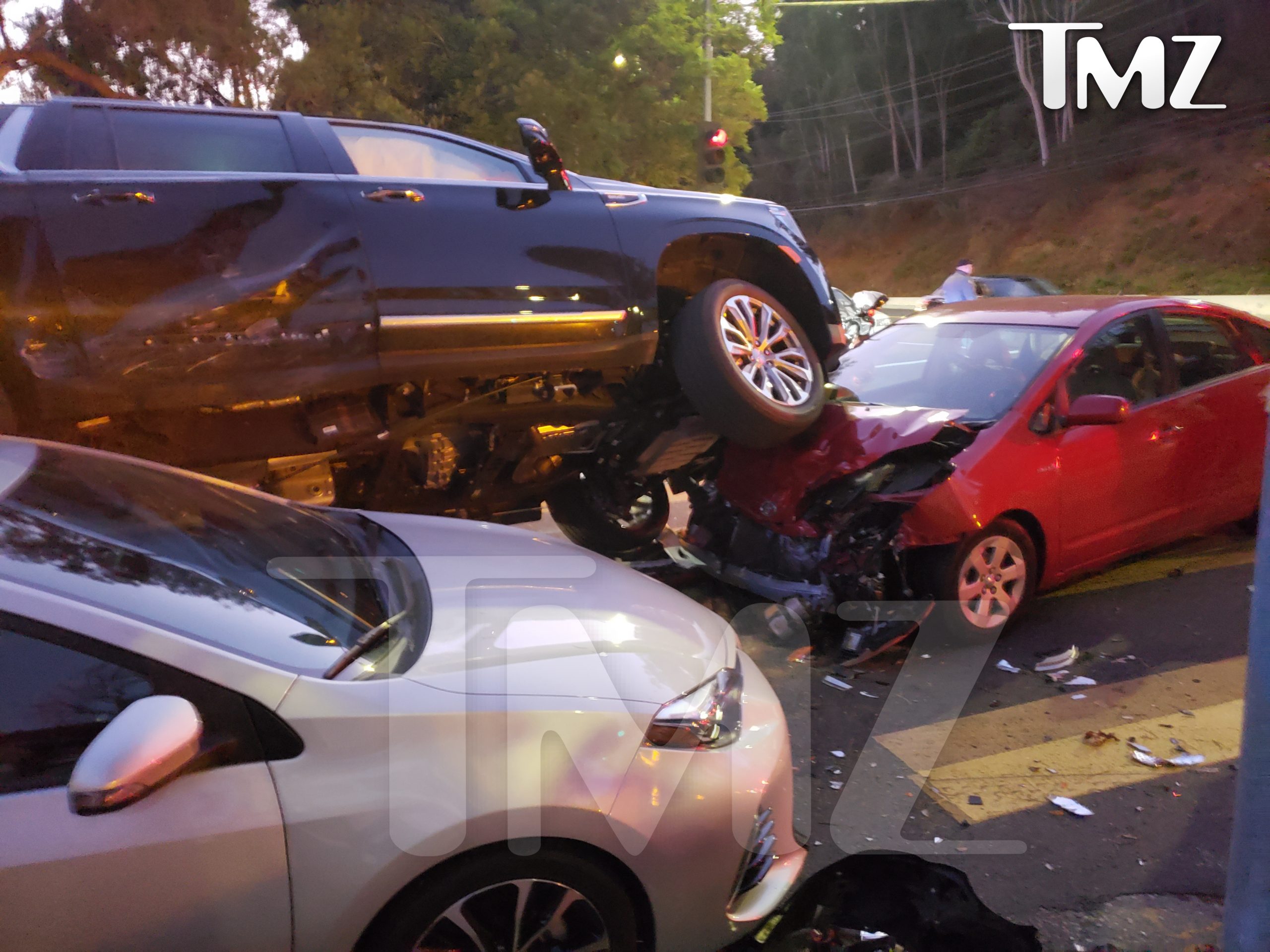 The two vehicles collided, causing the fifth-generation Yukon to start to roll, eventually planting its right front wheel onto the hood of the stricken Prius. The large SUV then continued to yaw slightly to the left, resulting in a second minor collision, this time with a white Porsche Taycan. A Toyota Corolla was also on scene, but it’s not clear if the vehicle was involved.

The impact was severe enough to trigger detonation of the front airbags in the GMC Yukon. Schwarzenegger exited his SUV without injury, despite the precarious position. However, the Prius driver didn’t fare as well, and was reportedly transported to a hospital to treat a heavily bleeding injury to her forehead. 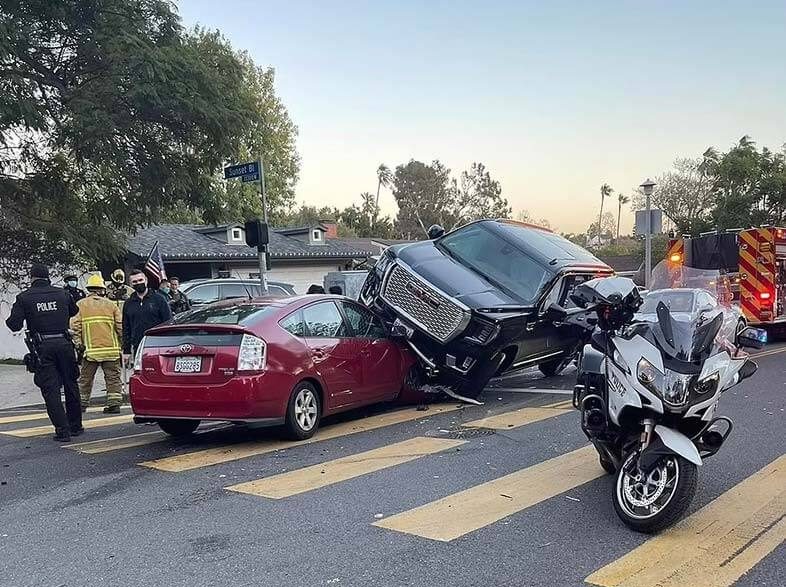 Schwarzenegger’s friend, Jake Steinfeld, was also riding in the Yukon when the crash occurred.

“Neither alcohol or drugs are suspected as a factor in this collision. All parties remained at scene. No further information will be made available,” says a statement from Schwarzenegger’s spokesperson. The release also notes that the actor’s “only concern” is the condition of the woman who was injured in the crash.

Schwarzenegger was not ticketed at the scene of the incident, which happened about one mile away from his California home. 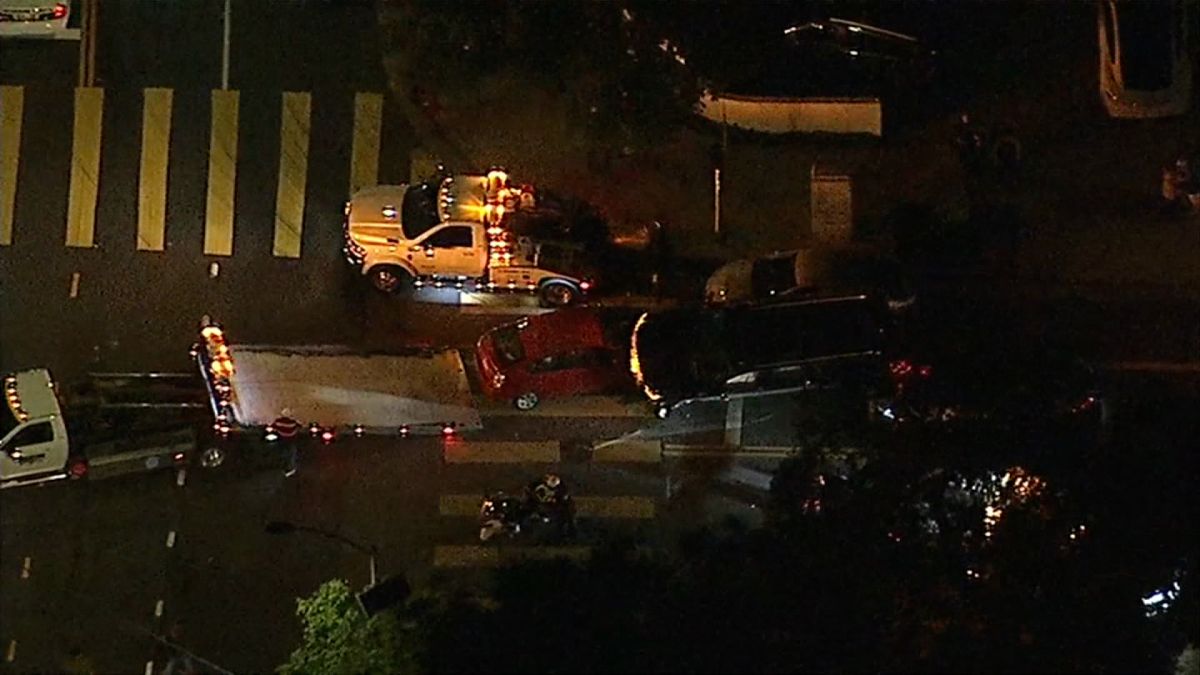