General Motors unveiled a variety of interesting products at the 2022 Consumer Electronics Show, including highlights like the 2024 Chevy Silverado EV, as well as the new all-electric Cadillac InnerSpace AV concept. In addition to the debuts, GM also teased a new upcoming Cadillac concept dubbed OpenSpace. 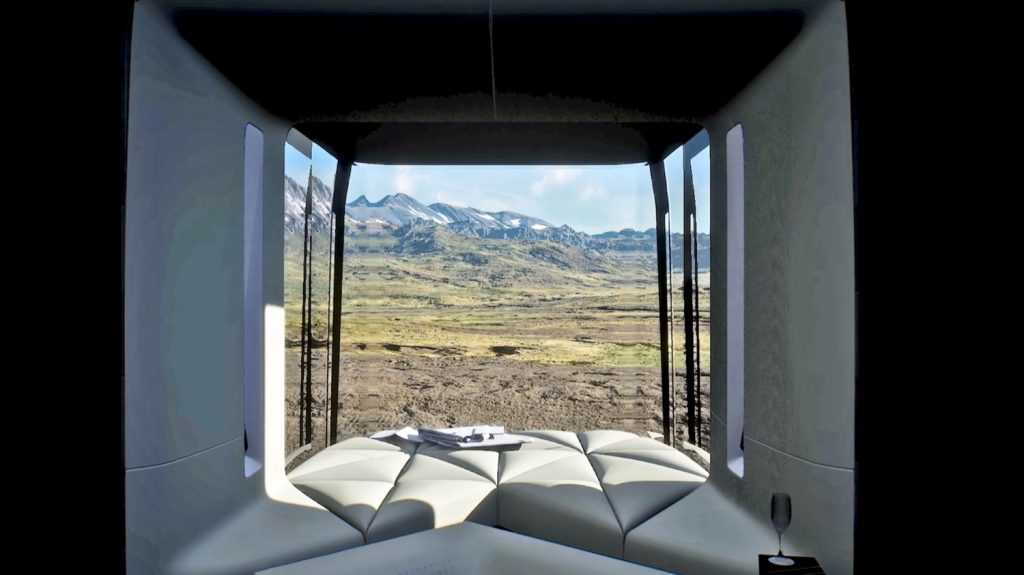 Details on the Cadillac OpenSpace are still forthcoming, but based on what’s been released thus far, the concept will likely be highly creative and futuristic, incorporating cutting-edge technology and high-end luxury.

The Cadillac OpenSpace concept was teased with a few still images and quick video clips. The imagery shows what appears to be a luxury apartment setting, with tables, staircases, and other furniture. The images also show large windows that look out on beautiful scenery.

We asked GM Global Product Development and Design Communications Director Stuart Fowle what the Cadillac OpenSpace concept was all about, to which he simply replied, “stay tuned for more,” adding that we should “let our imagination run wild” with the images released thus far.

While it seems as though GM is keeping its cards to its chest with this one, there are further bits of information to be gleaned here. For starters, the Cadillac OpenSpace concept is part of the luxury marque’s Halo concept series, which already includes the InnerSpace concept revealed at CES 2022, as well as concepts revealed last year, such as the VTOL personal aircraft and the Personal Autonomous Vehicle, now known as the SocialSpace AV. One common theme here is all-electric power and autonomous driving capabilities, which would suggest that OpenSpace would also include those features to some degree.

Finally, in a video for the GM Exhibit Zero, a virtual showcase for GM’s vision of the future, GM Executive Director, Global Advanced Design, Bryan Nesbitt calls the Cadillac OpenSpace concept “a virtual sanctuary,” which suggests that it may incorporate some form of augmented reality (AR) technology.

So, how does it all add up? Is Cadillac OpenSpace a two-story autonomous luxury RV, or perhaps some type of AR tech for long journeys? We’ll find out soon enough, but in the meantime, subscribe to GM Authority for more Cadillac news, General Motors technology news, General Motors electric vehicle news, and around-the-clock GM news coverage.