Back in May of 2021, General Motors and Lockheed Martin announced plans to develop the next generation of lunar exploration vehicles, promising astronauts the ability to traverse the face of our nearest celestial neighbor like never before. Now, GM Design has revealed new concept renderings showing off the next-gen lunar rover in detail. 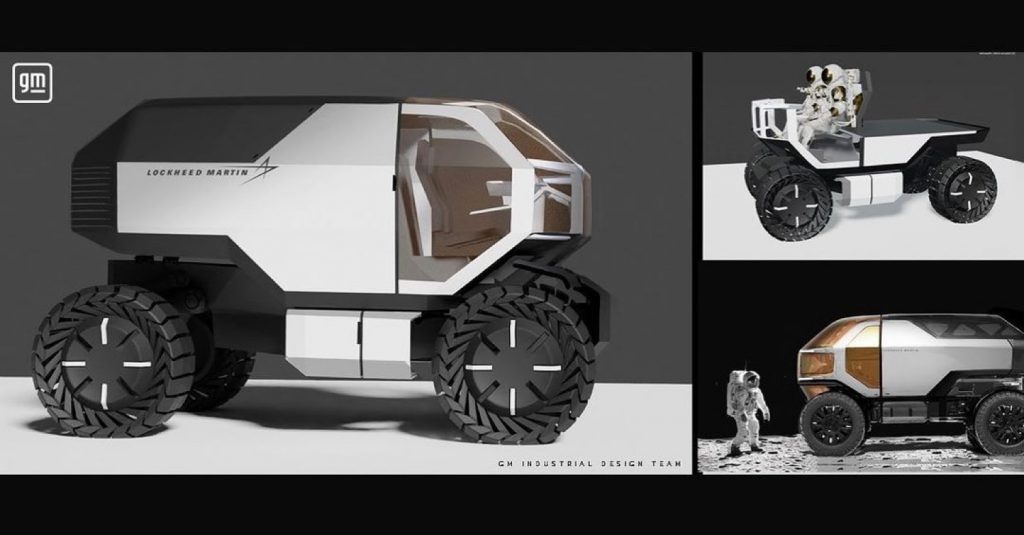 The new GM Design posts include both still images and a brief video of the new lunar rovers. During the video, we see a lander touch down on the lunar surface, with a GM-branded rover descending a platform carrying a load of supplies. The rover appears to be driving autonomously, making its way towards a moon base alongside several other supply vehicles.

The design of the supply vehicle includes a flat floor for cargo and four independent wheels. We later see two chairs flip up in the front of the vehicle, presumably with enough space for a pair of passengers. 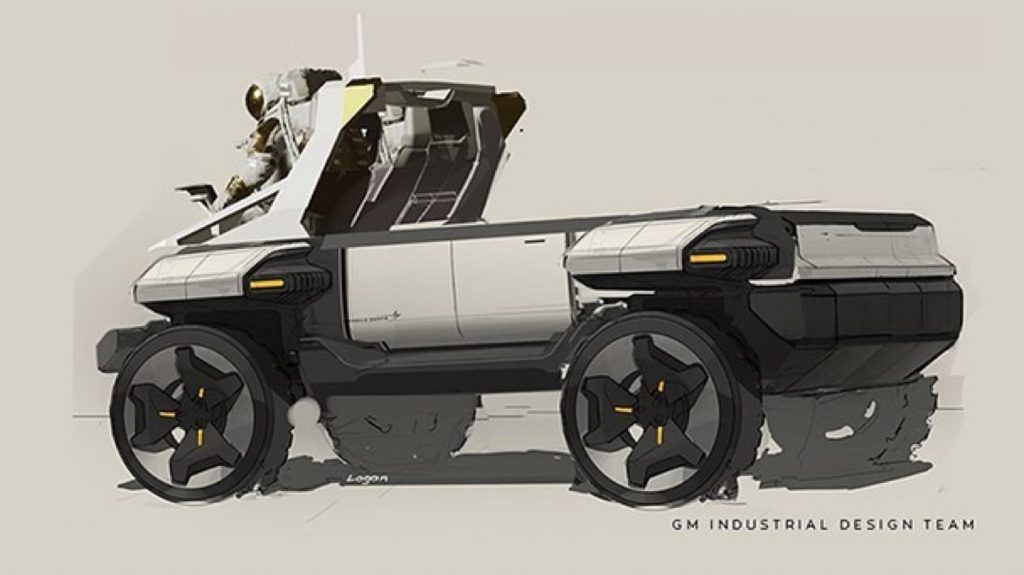 During the Apollo missions, General Motors and Boeing manufactured the original Lunar Roving Vehicle, and now, with renewed interest in sending astronauts to the lunar surface, the question is what the new lunar rovers will look like.

Either way, it’s highly likely that the new lunar rover will incorporate some kind of all-electric propulsion system, similar to that of the original vehicle. General Motors currently offers its Ultium battery and Ultium motor technologies for its road-going vehicles, such as the GMC Hummer EV and upcoming Cadillac Lyriq, but these technologies could be adapted for use in projects like the new lunar rover.

Looking ahead, this technology could also be adapted for when astronauts visit the planet Mars. 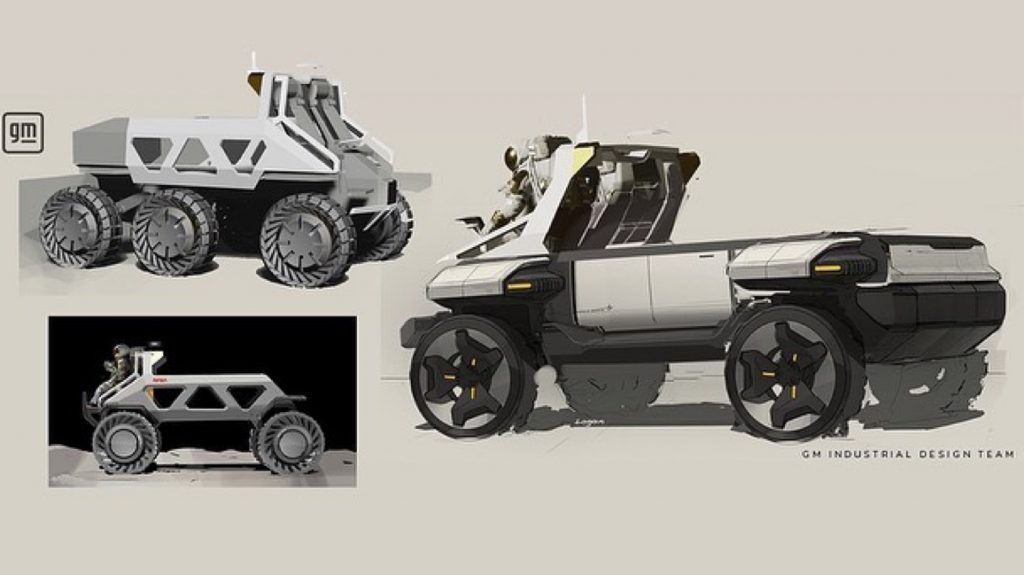 While the original LRV could only travel about 4.7 miles, the next-generation vehicles may enable exploration missions as far as the lunar south pole.

Either way, seeing these new GM Design concepts is surely exciting for those readers eager to see General Motors back at the business of space exploration technology.