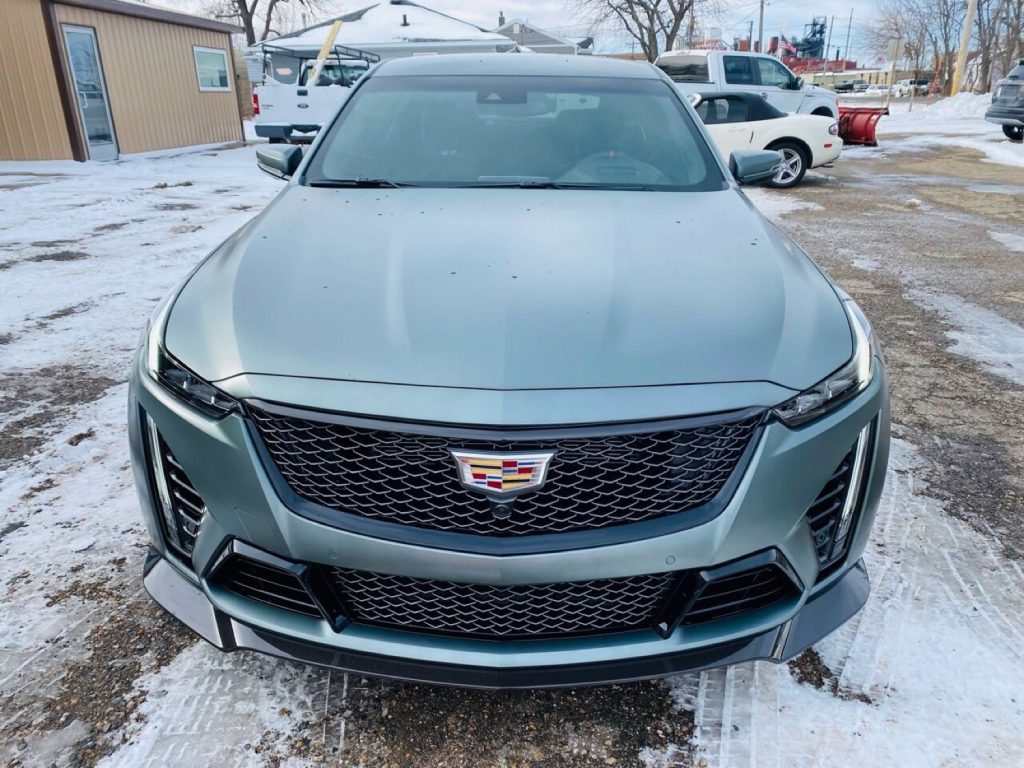 For those readers who may have missed it, Dark Emerald Frost paint has been discontinued for the two Cadillac Blackwing sedans. Tagged with paint code G7W, Dark Emerald Frost was only offered as a limited, special color for the CT4-V Blackwing and CT5-V Blackwing, and was priced at a not-insubstantial $3,925, making it the most-expensive paint option in the Cadillac Blackwing lineup. The next most-expensive paint option is Infrared Tintcoat, priced at $1,225.

Previously known as Dark Emerald Matte, the paint was a unique offering in the Cadillac Blackwing lineup, applying a matte finish to the performance-flavored exterior of the two Blackwing sedans. We think it looks great, and luckily, according to Cadillac spokesperson Stefan Cross, General Motors may decide to offer it again at one point.

“There’s a chance we could bring it back for future model years, but that has not been decided upon yet,” Cross told GM Authority previously.

Although it was available for both the Cadillac CT4-V Blackwing and CT5-V Blackwing, Dark Emerald Matte was a late-availability color, and thus was not available on the initial reservation for Blackwing Collector Series models.

For those Cadillac Blackwing customers that did get Dark Emerald Frost paint, GM states that finish requires some special care to properly maintain. As GM Authority covered previously, this includes avoiding automatic car washes with brushes and scrubbers, as well as avoiding the application of waxes or polishes. If these things are not avoided, the matte finish may be damaged.