GM Authority spy photographers have caught a highly interesting vehicle being transported in the vicinity of the General Motors Milford Proving Ground.

These exclusive GM Authority photos show a German Rheinmetall Defence military truck being transported on the back of a large flatbed trailer in Oakland County, Michigan. This truck was spotted near the GM Milford Proving Ground – a potential sign that this behemoth was being worked on or evaluated by the automaker’s growing military arm, GM Defense. 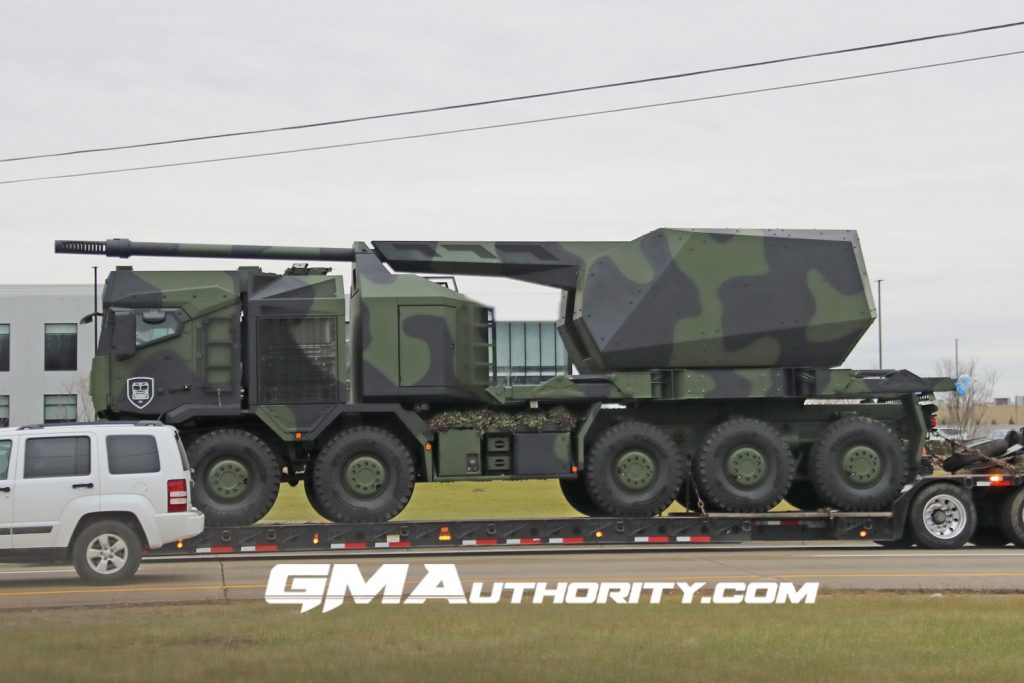 As we already know, GM is exploring ways to implement its Hydrotec hydrogen fuel cell technology into large vehicles such as transport trucks and locomotives. The automaker could therefore be collaborating with Rheinmetall Defence or another third-party company to convert this military truck into a hydrogen fuel-cell vehicle, although we’re only speculating here. GM has also expressed a desire to install battery-electric tech into certain military vehicles, although this massive truck looks as though it may be too big and heavy to adequately use a pure EV powertrain. 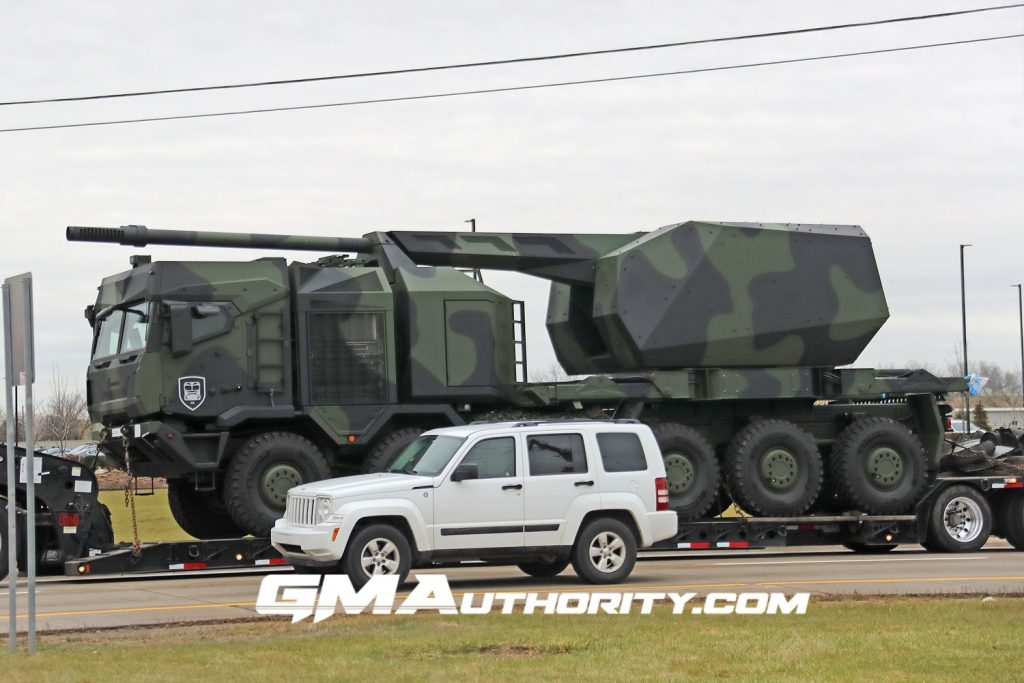 While we aren’t sure why this truck was near the Milford Proving Ground, we find this sighting to be very curious. GM said previously that sees a $25 billion market in creating new products for military applications, so the sighting could be related to the ongoing expansion of GM Defense. 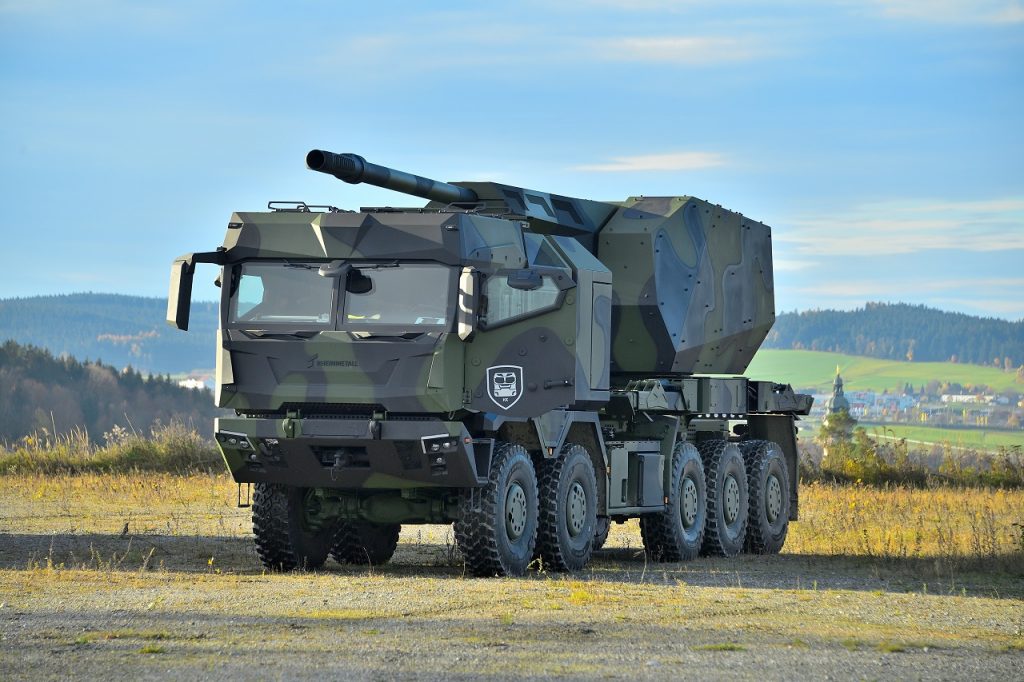 This truck, to be more specific, is a Rheinmetall Defence HX3. The tactical military truck is available in multiple variants, including 4×4, 6×6, 8×8 and 10×10, has a gross weight rating of 38 to 50 tons and can be fitted with a variety of weapons systems, as well as a crane. It’s typically powered by a MAN D26 Euro II diesel engine. This is a very new and up-to-date military vehicle, with Rheinmetall first rolling the HX3 out in early 2021.

If this is indeed a GM Defense-related sighting, we imagine the automaker will have some trouble transporting this massive military truck in secrecy. We’ll provide an update if this truck is spotted near Milford again in the future, but for now, be sure to subscribe to GM Authority for more GM Defense news and around-the-clock General Motors news coverage.