General Motors has announced it is developing new commercial applications for its Hydrotec hydrogen fuel cell technology that will expand its use beyond vehicles.

GM is currently working on a variety of commercial Hydrotec power generators, all of which will be powered by the automaker’s second-generation hydrogen fuel cell cubes. These include a mobile power generator (MPG) to provide fast-charging capability for EVs without having to install a permanent charge point, along with a palletized mobile generator to power military camps and other military outposts. The palletized generator is currently being evaluated by the U.S. Army’s Combat Capabilities Development Command Ground Vehicle Systems Center (GVSC) for potential future field use.

“These fuel cell generators could ultimately replace gas- and diesel-burning generators with fewer emissions at worksites, buildings, movie sets, data centers, outdoor concerts and festivals,” the automaker said in a statement. “They could also back up or temporarily replace grid-sourced electricity for residential and small commercial enterprises at times of power disruption.” 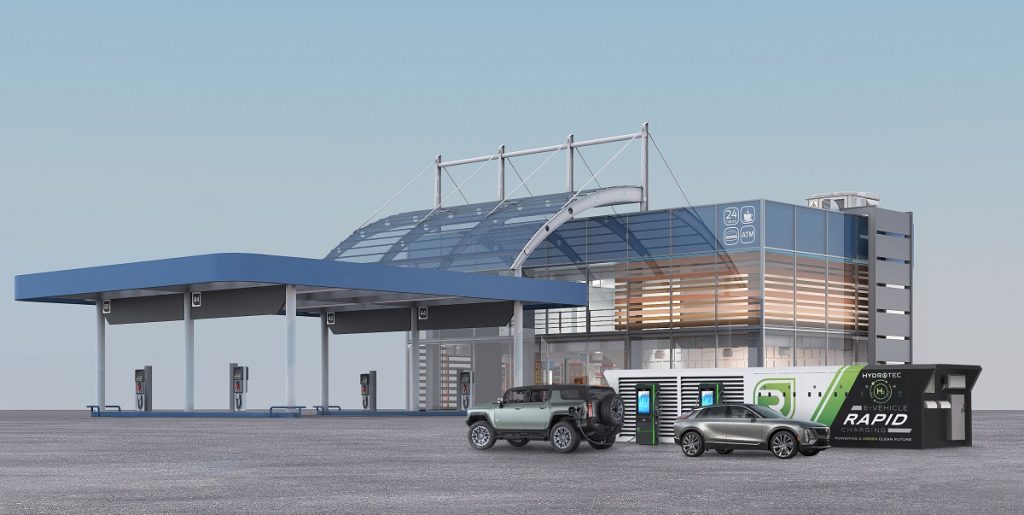 The automaker also announced its ‘EMPOWER’ rapid charger this week, which will utilize Hydrotec fuel cubes to help retail fuel stations add affordable DC fast charging without having to expand their physical power grid. GM says the 150 kW EMPOWER charger features eight Hydrotec fuel cell cubes and would be able to DC fast charge up to four vehicles at one time. More than 100 EVs could be charged using the station before the internal hydrogen tanks would need topping up.

In addition to being used at retail fuel stations, GM says its EMPOWER charger could also be set up “along corridors frequented by travellers only part of the year, such as near national parks or vacation destinations.” GM’s hydrogen-powered generators would not only be more powerful and more eco-friendly than a gas or diesel generator, but would also produce less noise and a smaller heat signature. The automaker says it could offer generators with power outputs ranging from 60 kW all the way to 600 kW. 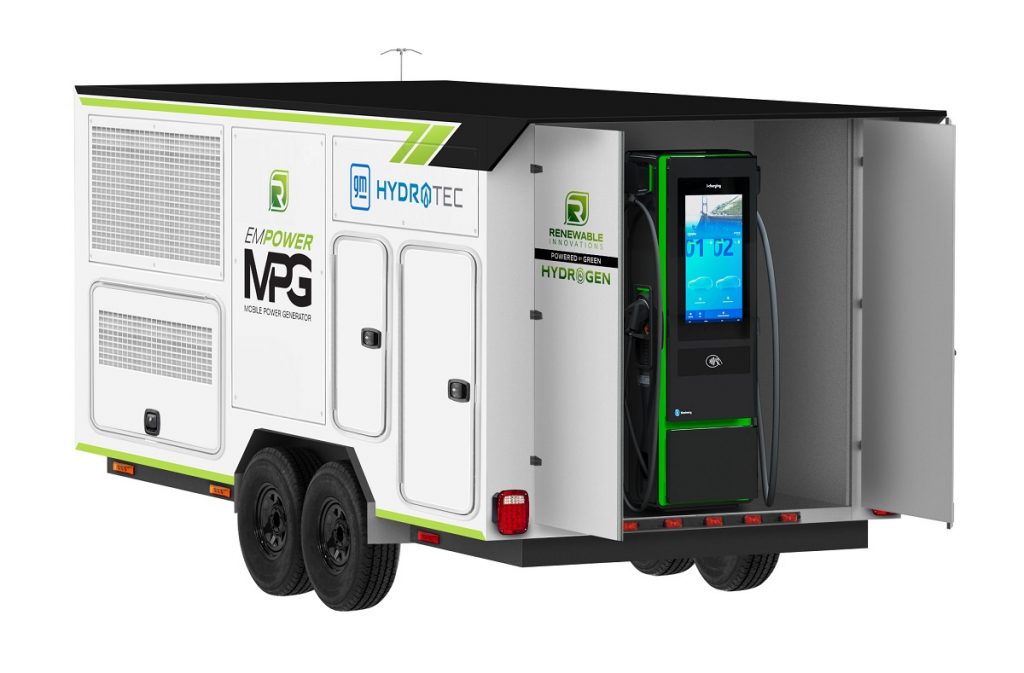 Lastly, the California Energy Commission said this week it would fund a demonstration program featuring four additional General Motors hydrogen generators through its Mobile Renewable Backup Generation Systems program. This program will attempt to show how hydrogen-powered mobile generators could help offset the loss of energy during the state’s planned power shutoffs, which are used to mitigate wildfires throughout the state and cut back on energy overconsumption.