This prototype features a revised version of the front clip used on the production Ferrari SF90 Stradale, which integrates a different front center intake section and a tall, boxy heat extractor on top of the hood. This heat extractor is somewhat curious, as the SF90 Stradale is of course a mid-engine vehicle with the engine positioned behind the cockpit. 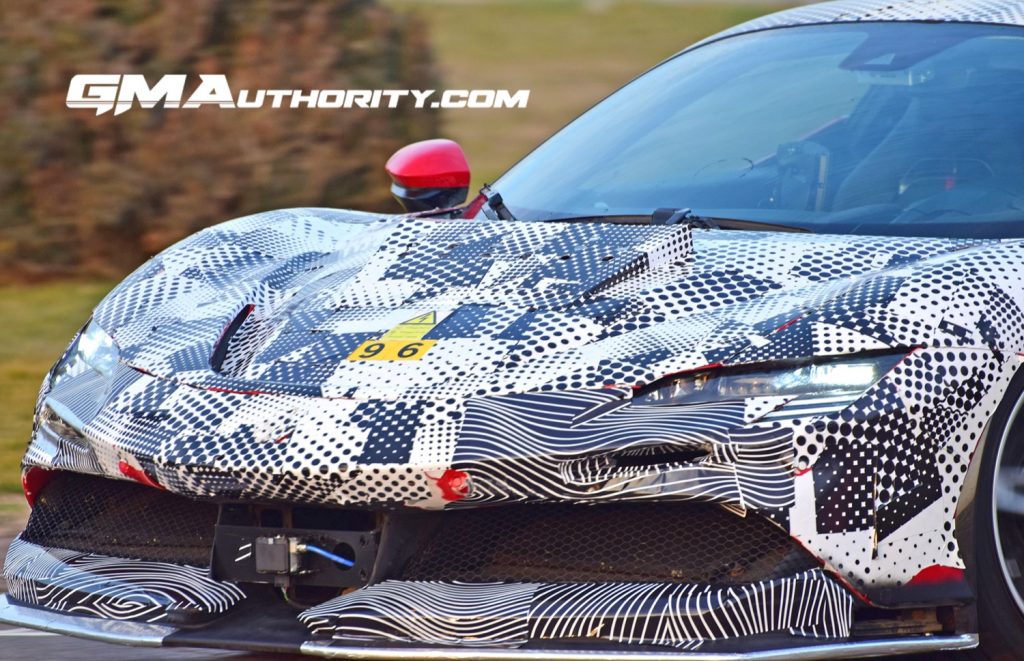 One possible explanation for the presence of this boxy heat extractor is that Ferrari is testing different front electric motors on this prototype. These new motors may generate more heat than those used in the current production model, requiring additional cooling. If this is the case, Ferrari is likely to implement a more elegant and permanent cooling solution for these motors, as the squared-off intake doesn’t gel with the sleek styling of the mid-engine supercar. 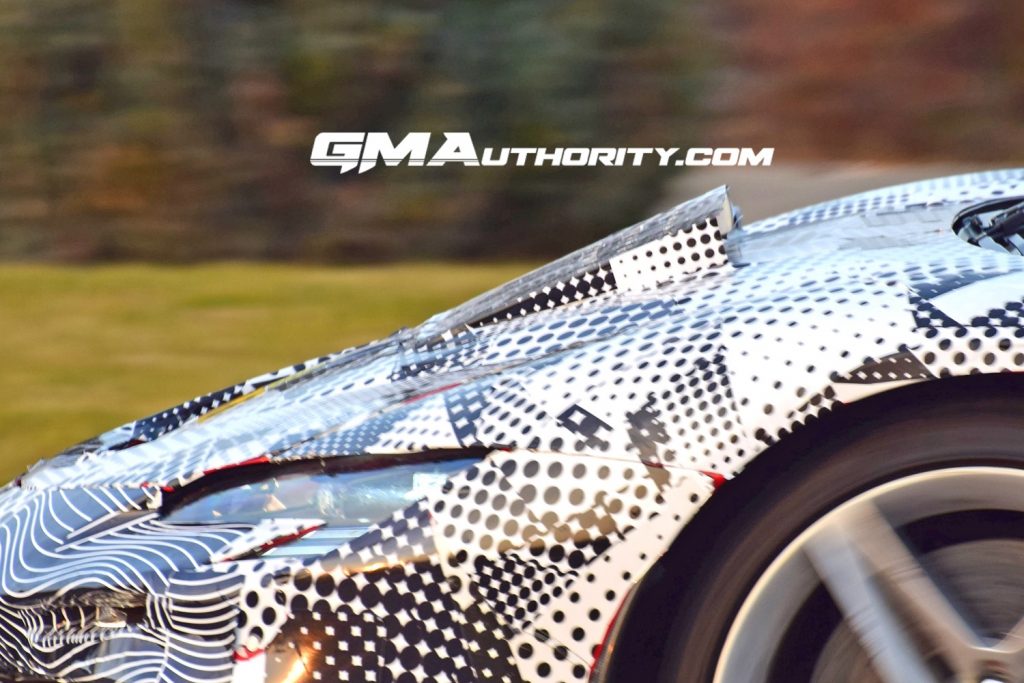 Ferrari typically releases more hardcore, performance-focused variants of its mid-engine supercars, so it’s likely that this prototype is being used to develop a faster, more track-focused SF90 Stradale variant. This rumored future SF90 Stradale model may be comparable to the upcoming C8 Corvette Zora, which is expected to be powered by a twin-turbocharged 5.5L V8 LT7 DOHC engine mated to a hybrid-electric drivetrain, with output reaching up to 1,000 horsepower and 1,000 pound-feet of torque. Like the SF90, the C8 Corvette Zora will also feature a front-mounted electric motor (or motors) and small electric battery, providing an all-wheel drivetrain. 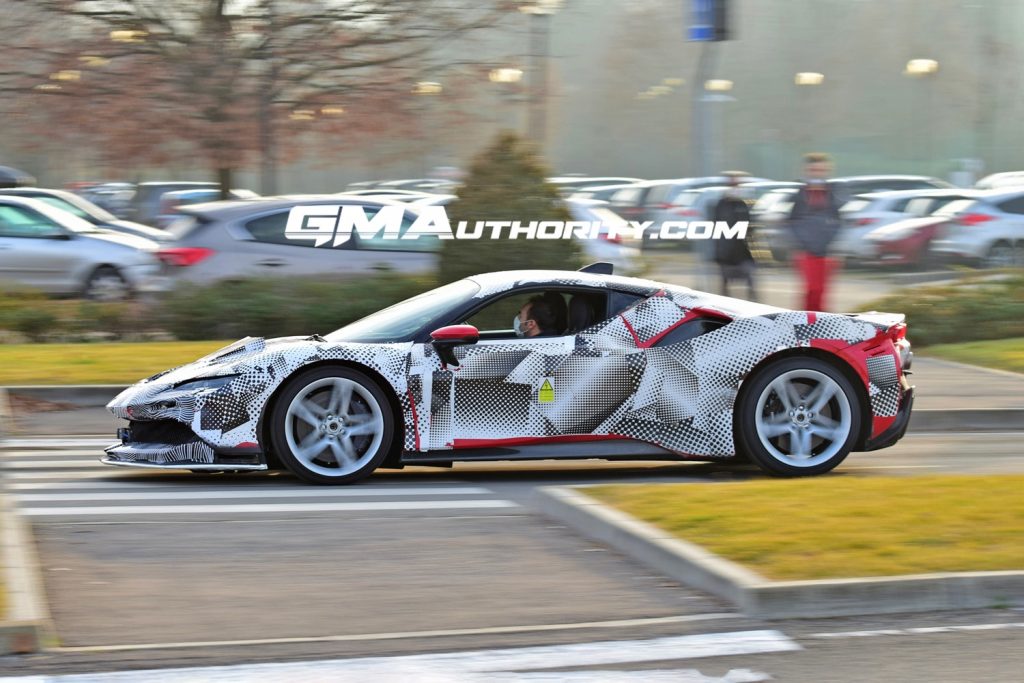 The production Ferrari SF90 Stradale features a plug-in hybrid powertrain consisting of a twin-turbocharged 4.0L V8 engine, three electric motors and a 7.9 kWh lithium-ion battery pack. This setup gives the car 986 horsepower and 590 pound-feet of torque, enabling it to accelerate from zero to 60 mph in roughly 2.5 seconds and top out at 211 mph. The rumored performance-focused model would likely offer sharper handling, slightly lower acceleration figures and a higher top speed. 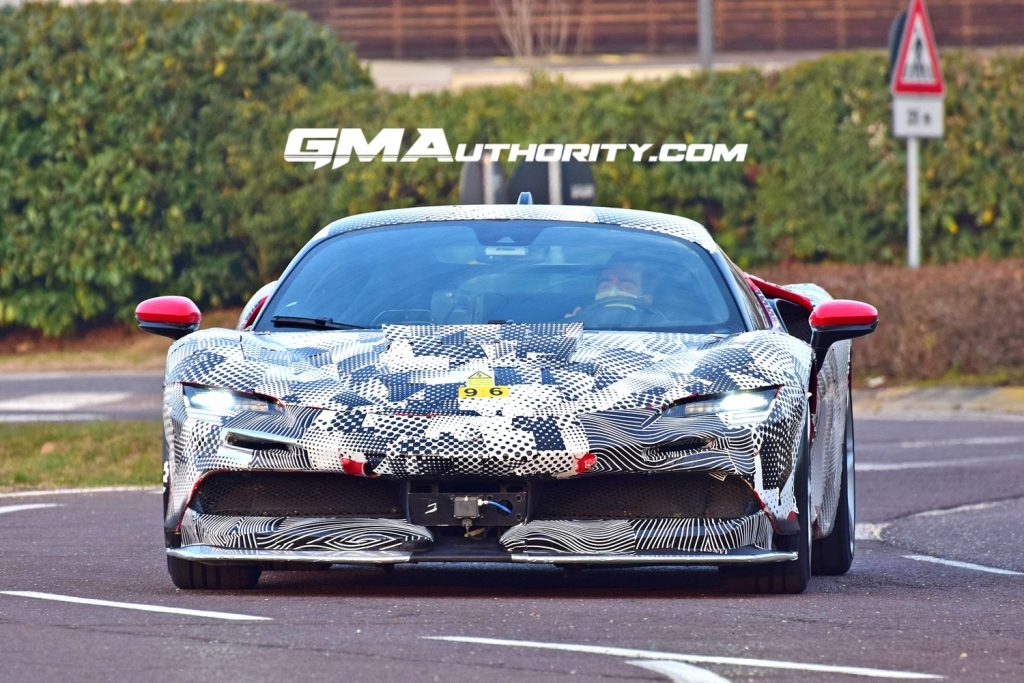 We’ll be keeping an eye on Ferrari as it continues to develop the SF90 Stradale in the coming months. The C8 Corvette Zora, meanwhile, is expected to appear sometime before mid-decade.