The 2023 Corvette Z06 has been spotted undergoing cold-weather tests on public roads in Michigan. 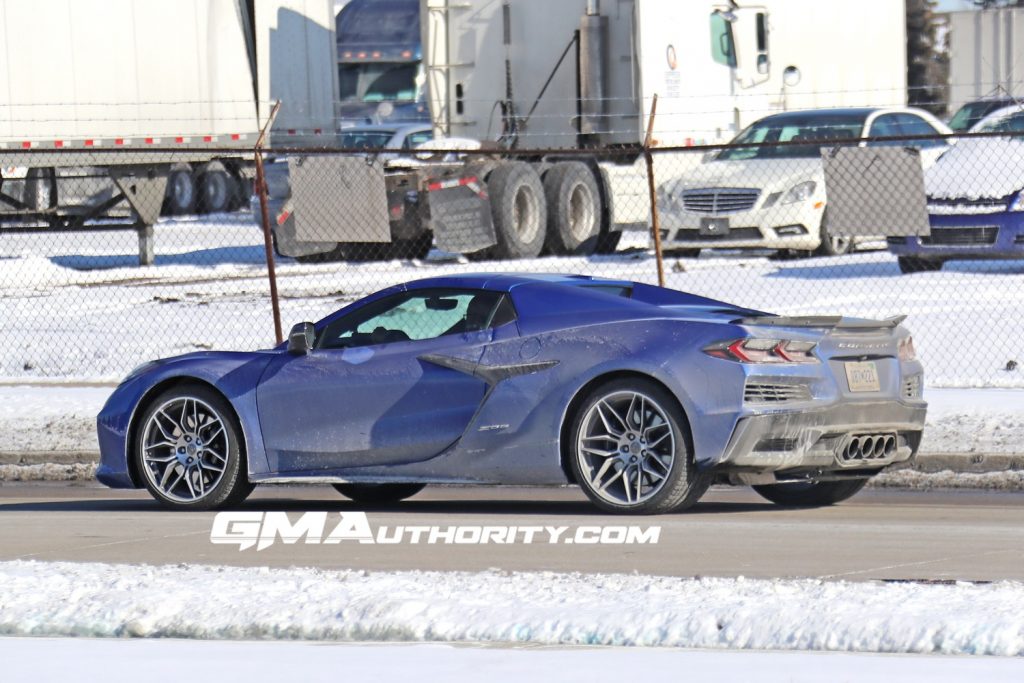 While it’s unlikely that very many 2023 Corvette Z06 owners will be driving the mid-engine supercar in sub-zero temperatures, the car still needs to be developed to withstand and operate as it was intended in such weather conditions. Thankfully, Michigan’s cold, snowy winters mean GM doesn’t have to venture from its own backyard to carry out some of these tests.

This prototype is finished in the Elkhart Lake Blue Metallic exterior color and is riding on the standard “spider” staggered wheel design, measuring 20 inches out front and 21 inches in the rear. As an interesting aside, these just so happen to be the largest wheels to ever be offered on a production Corvette model. This example features body-color painted nacelles as well, which are also available painted in gloss black. 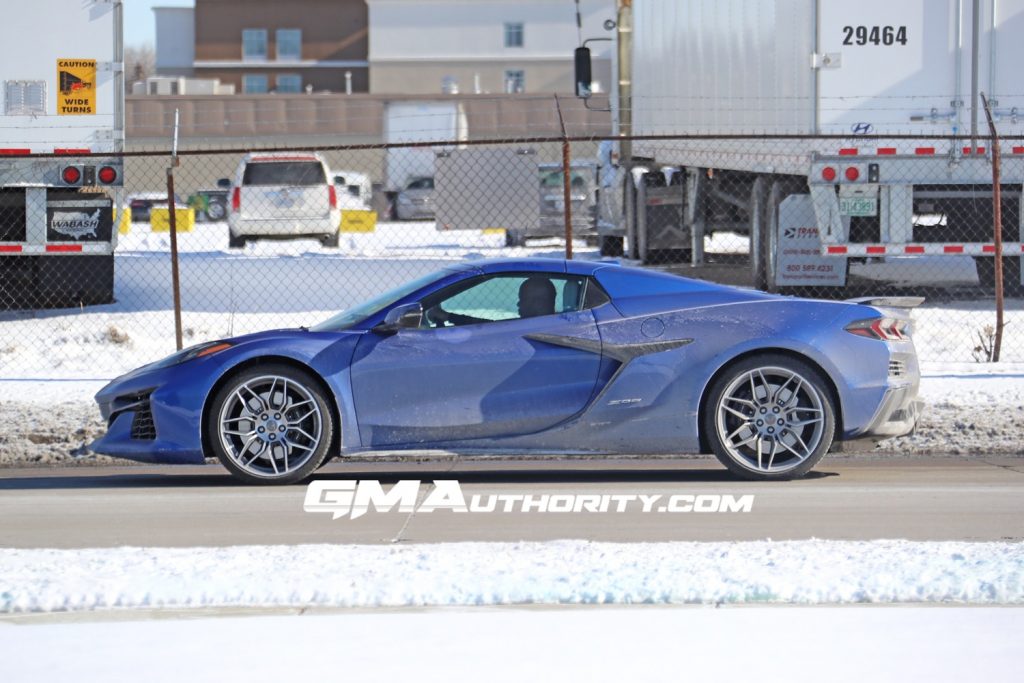 Another notable aspect of this prototype is the lack of the Z07 Performance Package, which includes features like a front splitter, front dive planes and rear spoiler with a removable wicker bill, the latter of which can be used to tune the vehicle’s driving characteristics by adding or removing downforce. Considering this particular Z06 is based on the Convertible body style and does not have the Z07 Performance Package, we’d say this specification would be geared toward customers who mainly want to enjoy the car by going for a cruise on a public road, rather than for an aggressive drive on the race track. 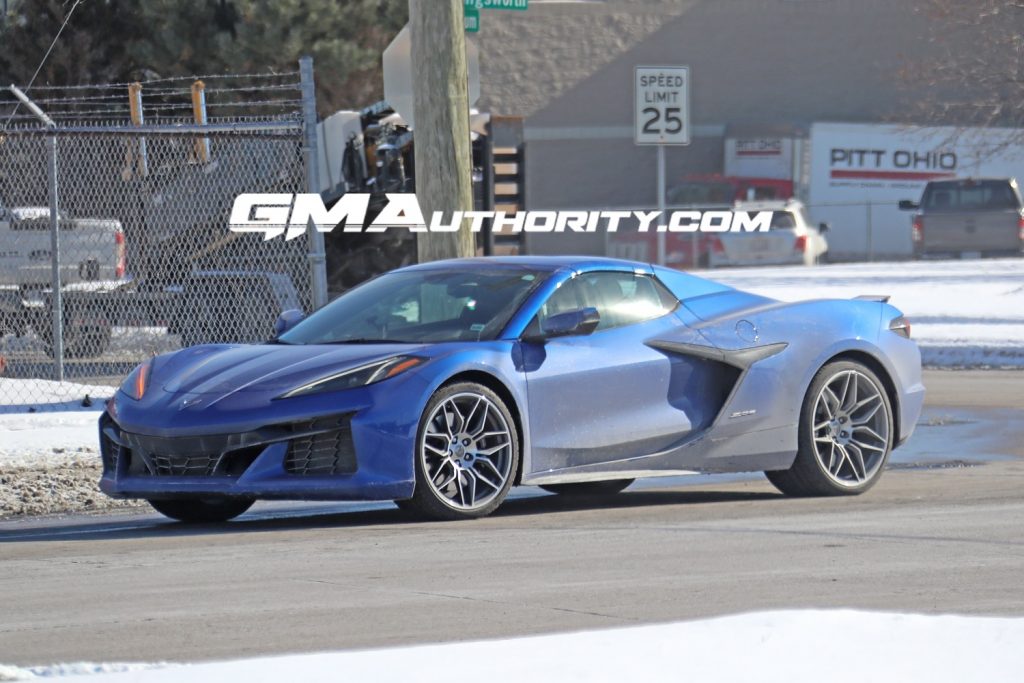 As many GM Authority readers will already know, the C8 Corvette Z06 replaces the naturally aspirated 6.2L V8 LT2 of the regular Stingray model with a new naturally aspirated 5.5L V8 LT6 engine, which is rated at 670 horsepower and 460 pound-feet of torque. Sending power to the rear axle is a standard eight-speed dual-clutch automatic transmission, which is paired with a short 5.56 final drive ratio, enabling an impressive zero to 60 mph time of 2.6 seconds. 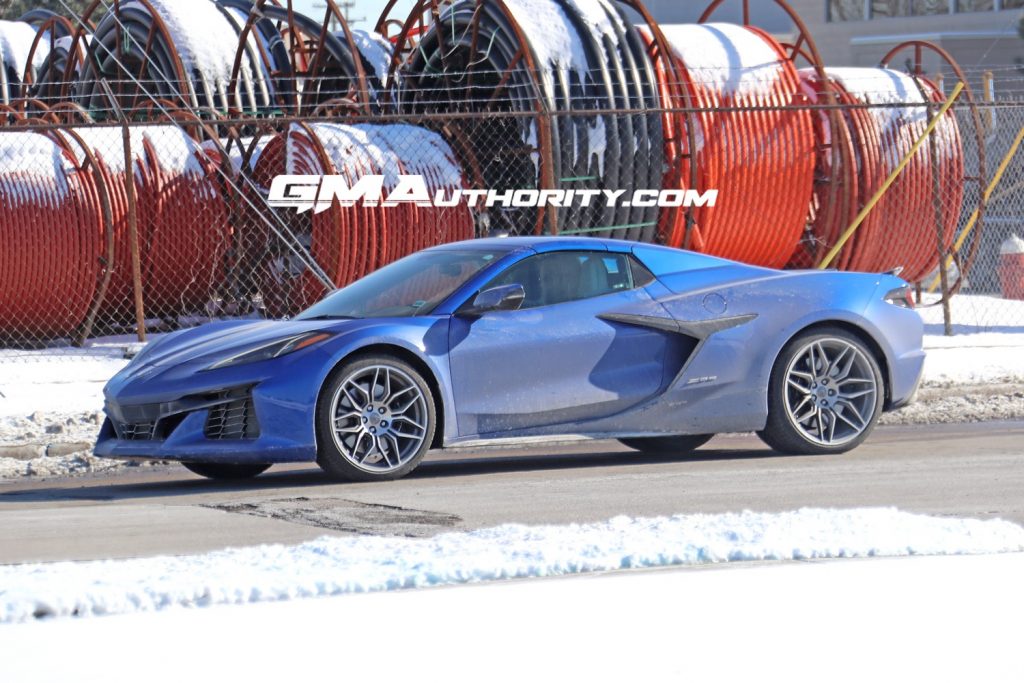 As per GM Authority sources, pricing for the 2023 Corvette Z06 will be released in March of this year. Production will take place alongside the Corvette Stingray at the GM Bowling Green Assembly plant in Kentucky.