The Chevy Chevelle was a new model in the Chevrolet line-up for the 1964 model year. Built on the mid-size A-body platform, the Chevelle wasted no time becoming one of the Bowtie’s most popular and successful nameplates.

By the 1970 model year, the Chevy Chevelle was deep in the throes of the muscle car wars. General Motors decided to remove their previous edict of not allowing engines in excess of four hundred cubic inches to be installed in mid-size vehicles, thus clearing the way for the Chevelle to capitalize on large-displacement Big Block magic in the form of the LS6. 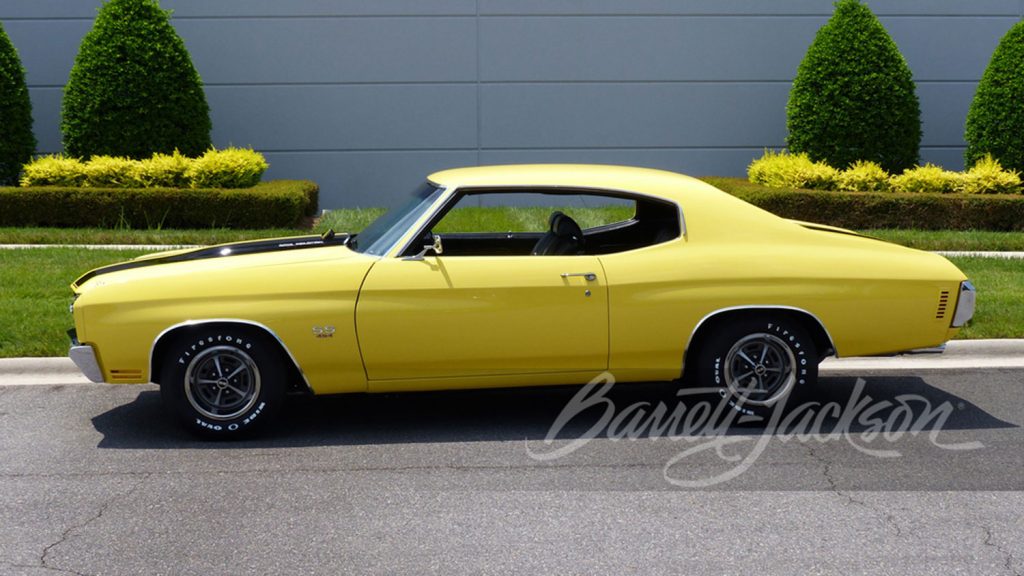 The LS6 that found its way in to the 1970 Chevy Chevelle displaced 454 cubic inches, had an aggressive cam, solid lifters, a Holley 800 cfm carb, and 11.25:1 compression. It was underrated at 450 horsepower at 5,600 rpm, with true output much closer to 500 horses. This was the Godzilla of GM stoplight warriors, marking both the apogee and swan song of the muscle car era. Beginning with the 1971 model year, government regulations, emissions standards, and insurance companies would bring an end to the big power party. 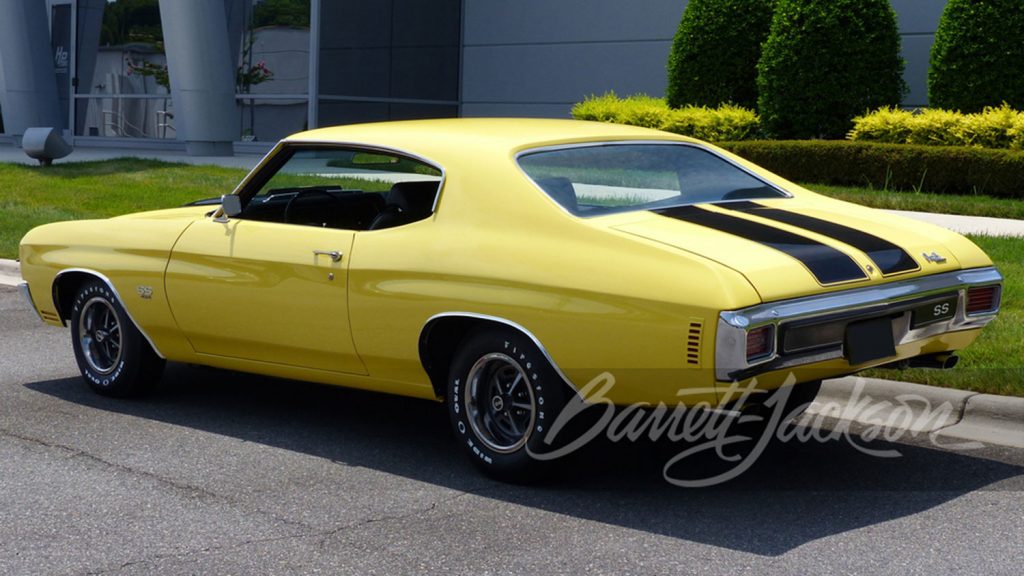 Our feature 1970 Chevy Chevelle Super Sport LS6 has had a thorough restoration to the highest standards. It is brilliant in special order Daytona Yellow with black Rally stripes on the cowl induction hood and deck lid. Chrome and stainless trim are both highly polished. The glass looks to be crystal clear. Steel Rally wheels have polished trim rings and are shod in Firestone Wide Oval bias-ply tires. The high-compression 454 cubic-inch Big Block is backed by a Muncie M-22 “Rock Crusher” four-speed manual transmission that moves power to the Posi-Traction rear end with 4.10 gears. The black vinyl interior is showroom fresh, with no sign of wear or fading observed. 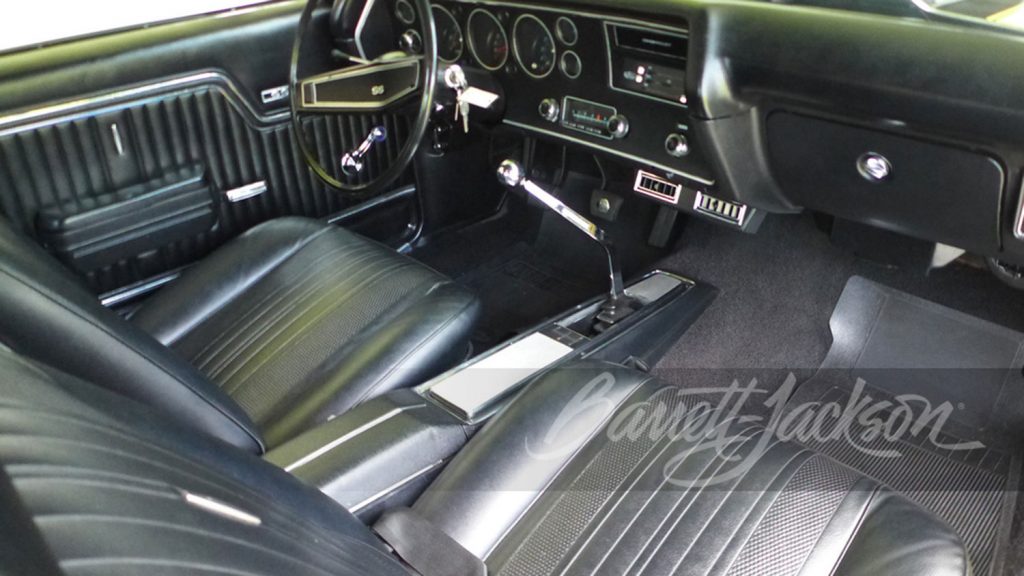 The interior features Strato bucket seats, a center console, chrome Hurst shifter, and push-button AM radio. Under the hood, the LS6 mill is spotless as one would expect on a recent restoration. The Chevelle is equipped with power brakes with front discs and dual exhaust. Documentation includes the owner’s manual, Chevelle Registry Certificate, NCRS Shipping Data Report, Camaro Hi-Performance Report and Certificate and Rick Nelson Report. 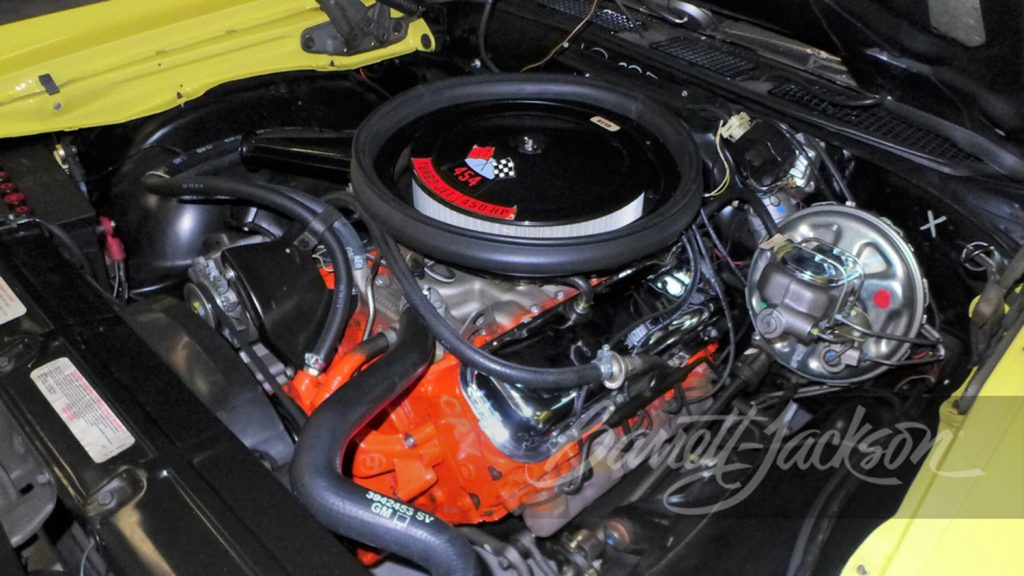 This striking Chevy Chevelle SS LS6 will cross the auction block at the Barrett-Jackson sale in Scottsdale, Arizona January 22nd through the 30th. 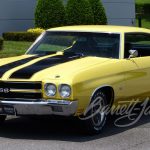 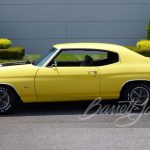 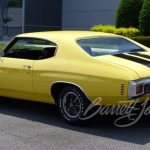 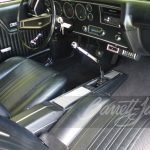 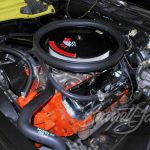 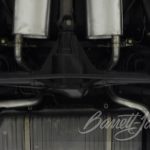