Prerunner trucks can be brutal and harsh, but they don’t necessarily have to be, as evidenced by the impressive Chevy Silverado build featured in the following walkaround video. 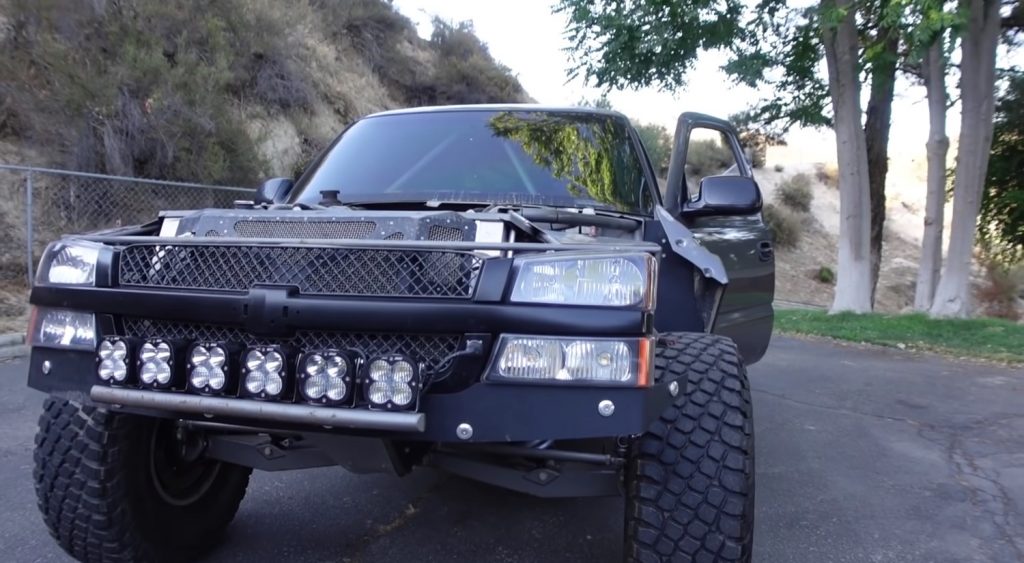 Coming to us from the folks at Terra Crew, this Chevy Silverado prerunner just got back from a 600-mile adventure in Mexico, but looks no worse for wear. The build took about a year and a half to get it to where it is now, and although there’s still some more work left to be done, it looks pretty dang good from where we’re standing.

Interestingly, the truck originally started a Ford Explorer Sport Trac, but as the build progressed, it was decided to replace the Sport Trac cab in favor of an extended cab from a Chevy Silverado. 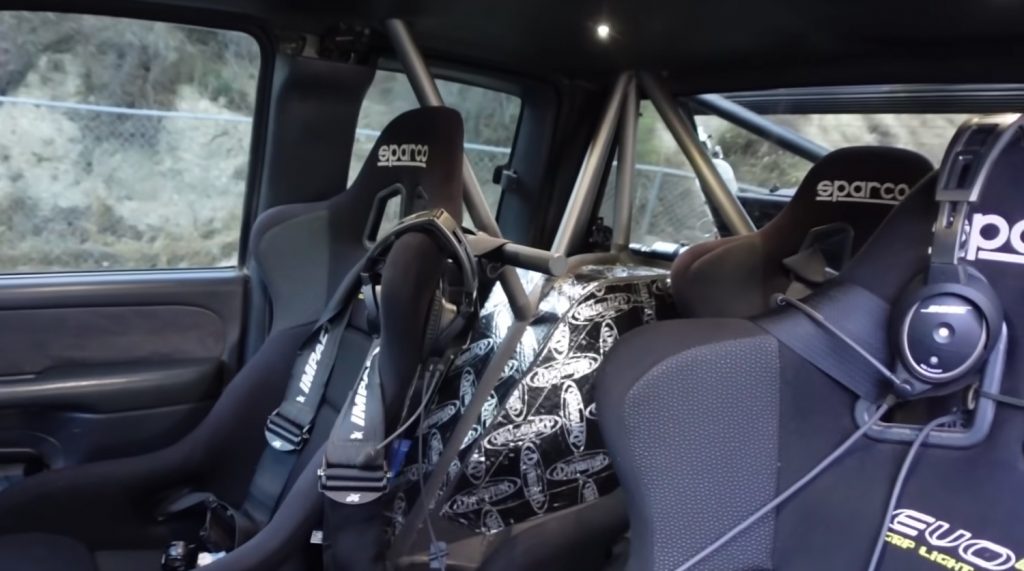 The video kicks things off inside, where we find a wealth of “luxury” goodies to accommodate up to three passengers. Up front is a set of electric seat sliders, with fixed-back Sparco EVO2 buckets holding limbs firmly in place. A satellite phone is in place to radio back to base, while a PCI race radio was installed for in-cabin communication. A leather-wrapped dash adds an extra premium feel to the Chevy Silverado layout. There’s also Vintage Air for air conditioning, which is nice when trekking long miles in hot environments. 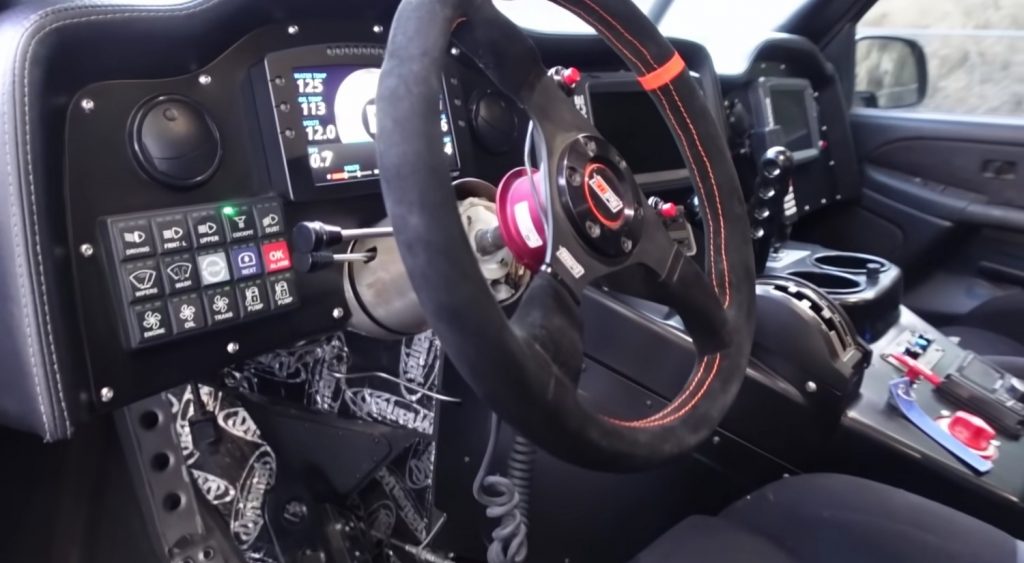 Controls in the Chevy Silverado include a large rear brake handle and Max Papis Innovations steering wheel with a quick-release hub. MoTeC electronics and digital readouts keep it all running, controlling everything from engine management to the electronic door locks. Safety gear includes a full roll cage, harnesses, and fire suppression system.

There’s also easy access to the shocks through panels in the rear, which are covered in Dynamat to keep it livable in terms of acoustics and heat. Access to the transmission fluid can be found under the cup holder. 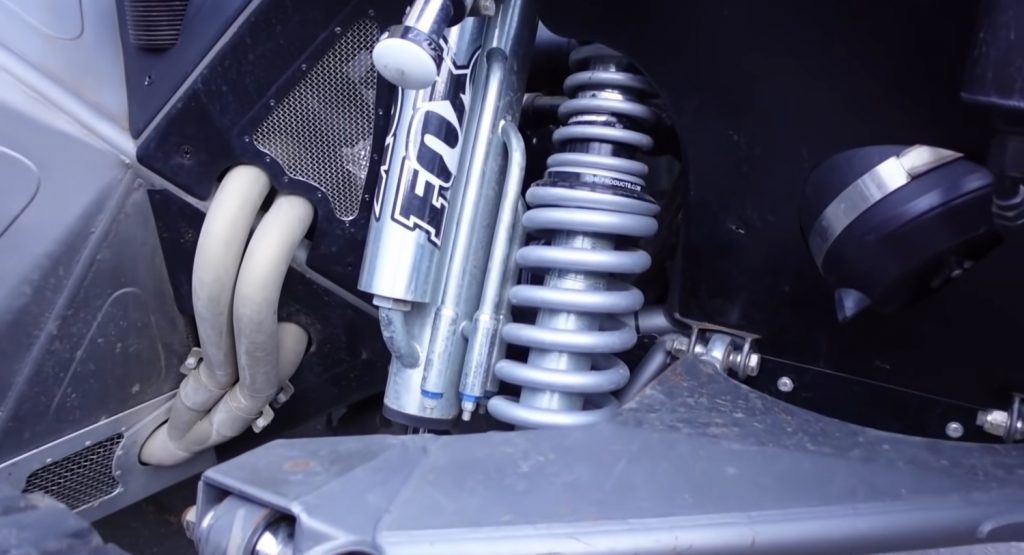 Beyond the interior, the suspension spec is fully built, with Fox 2.5 coilover shocks and 3.0 springs plus Fox 3.5 bypass shocks in front, as well as 4.4 bypass shocks in back. BFGoodrich Baja T/A KR3 tires are mounted on Method 103 machined beadlock wheels.

Making the go is a Maruzzi race motor, which exhales through 1 7/8 inch stainless headers feeding 3-inch piping. Six-piston calipers at all four corners haul it down. 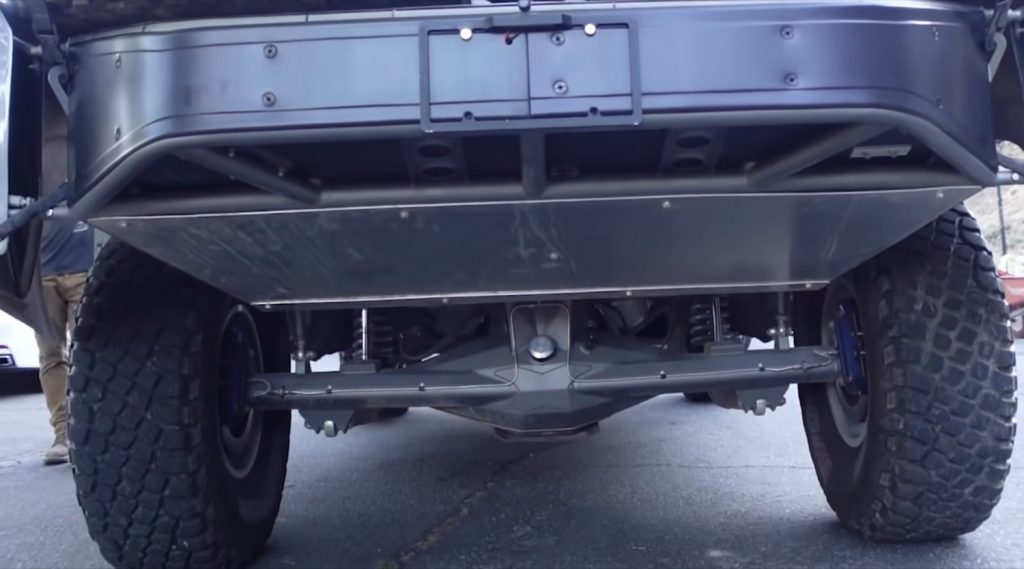 This Chevy Silverado build is beautifully executed and thoughtfully put together. Check it out by hitting play on the video below: