It doesn’t take much to be distracted – maybe there’s a text message you’ve been waiting for, or maybe you need to fiddle around with the infotainment system, or maybe you need something in the back seat. Either way, that distraction could quickly lead to a massive accident, as seen in the following crash video involving a Chevy Silverado pickup truck. 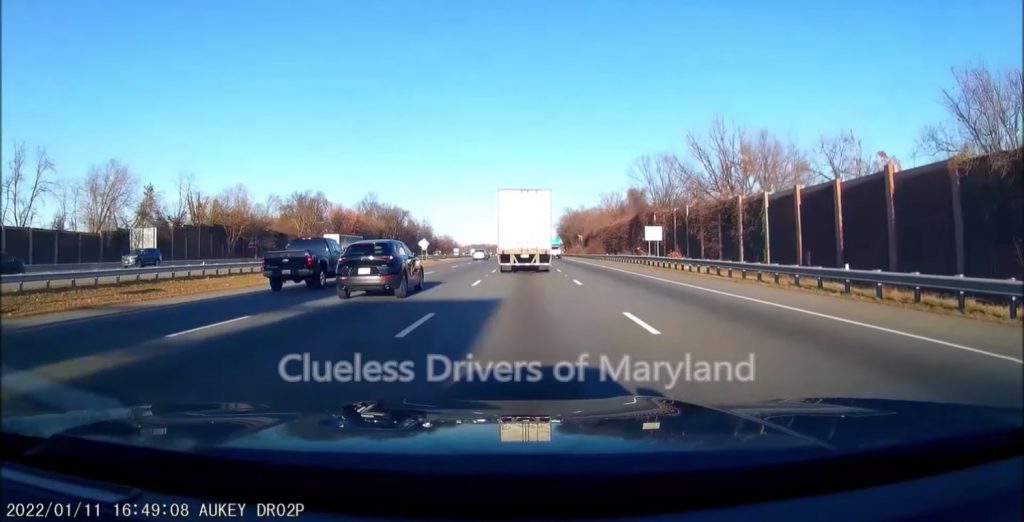 The video was shot from the dash cam of another motorist, and shows an incident that occurred on January 11th, 2022, in the state of Maryland. According to a follow-up video, the accident was on northbound I-95 before exit 49B, around the Halethorpe area.

The video opens with traffic moving at a fast pace, the sun located behind the vehicles and casting long shadows on the ground. Visibility is good, with clear blue skies above. The driver in the camera car appears to be talking to someone over speaker phone. 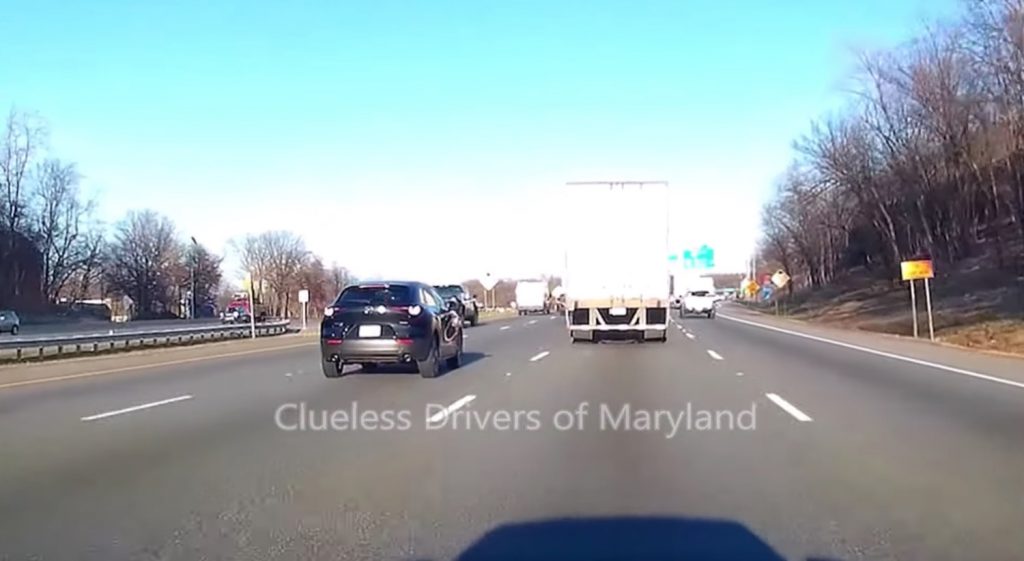 In the leftmost lane we see a Chevy Silverado pickup truck cruising along at a decent clip. The car ahead of the pickup quickly merges to the right, revealing a line of stopped vehicles ahead. Unfortunately, the driver in the pickup doesn’t appear to notice the vehicles stopped ahead, and fails to slow down. 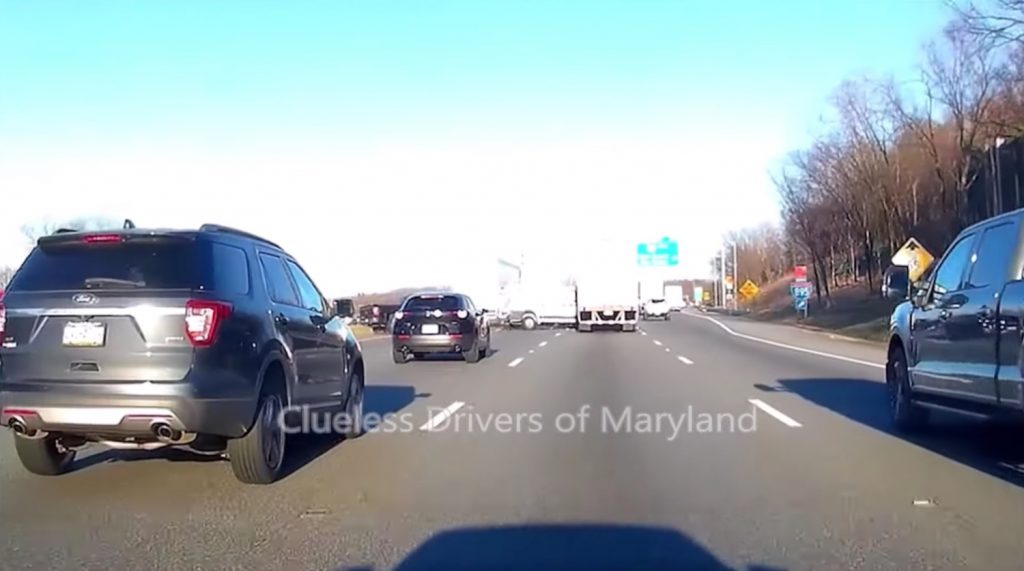 At the very last moment, the pickup hits the brakes and attempts to swerve to the left, but it’s too late. The Chevy Silverado smashes into the rear of a Ram ProMaster van, caving in the front end and ricocheting back into traffic. The van collides with a passing semi truck, while a few other vehicles are damaged as well. 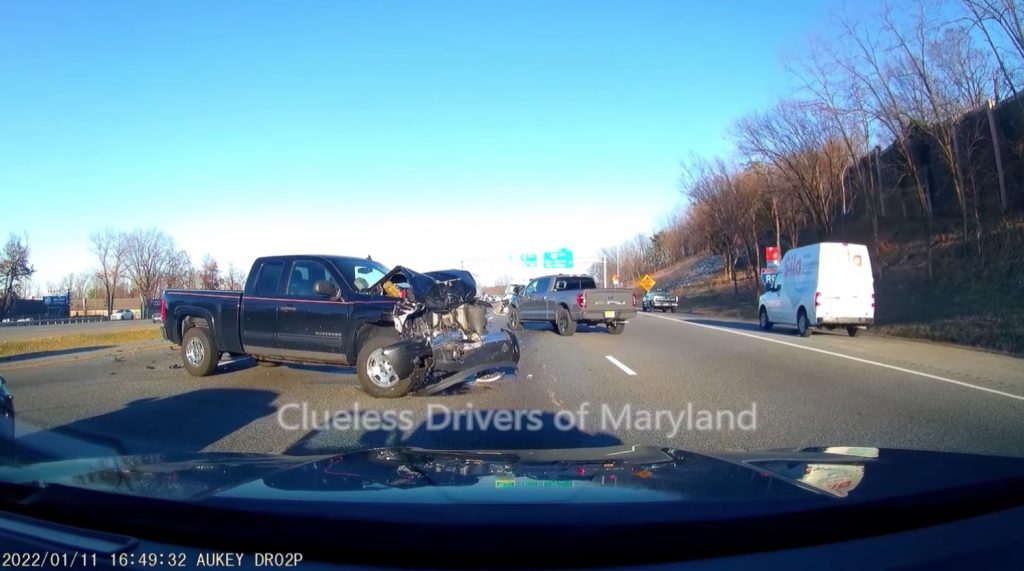 In a follow-up video, the poster says that the driver in the Chevy Silverado was injured and rendered unconscious for a few seconds before waking up. The rest of the drivers involved were apparently uninjured, although the damage done was extensive.

As this video goes to show, even a second spent distracted could be enough to result in a massive accident. Pay attention out there, folks.