Putting pickups on the ground with new air suspension is a relatively common thing these days. But what isn’t common is applying the slammed look to a new 2020 Chevy Silverado 3500HD.

“I love slammed vehicles just because of the look of ‘em,” says Jake from Phat Phabz out of Choctaw, Oklahoma. Jake built this 2020 Chevy Silverado as a workhorse for the shop, and despite the modifications, the heavy-duty pickup still has what it takes to haul custom vehicles to shows, whether it’s a two-car hauler or a three-car hauler. 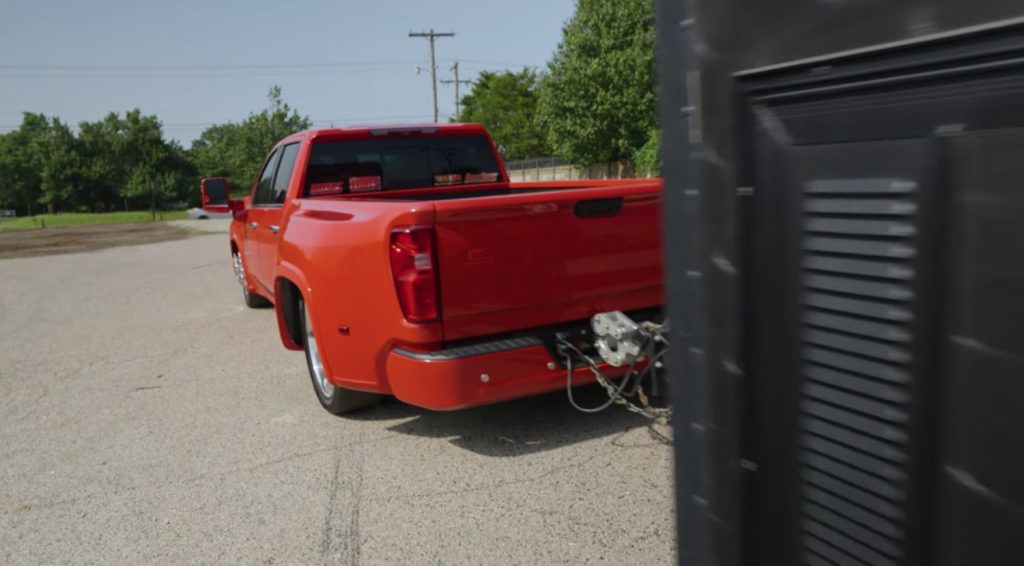 “This truck hauls, it does what it’s intended to do from the factory,” Jake says. “But, in our opinion, it looks a lot better doing it.”

Previously, Jake was driving a Ford F-350 as the shop truck, but he decided to go a different route with the Chevy Silverado 3500HD. The truck definitely stands out, with a bright red exterior offset by a number of black accents, all of which hovers mere millimeters off the pavement. 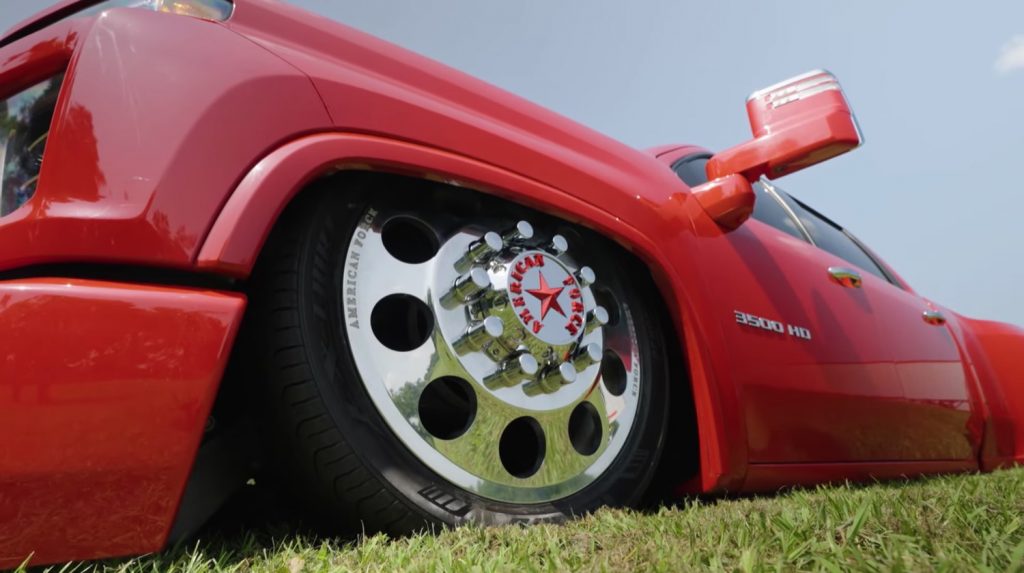 The build took four months to complete, and required a good deal of fabrication work, with the shop stripping the Chevy Silverado down to the frame. The shop fabricated a new chassis and custom axles, while also reworking the fenders and narrowing the rear end by 7 inches per side.

Jake says it was a challenge to modify the newer truck given the large amount of electronics and systems that are baked in. However, the reliability of modifying a new truck is definitely a bonus. 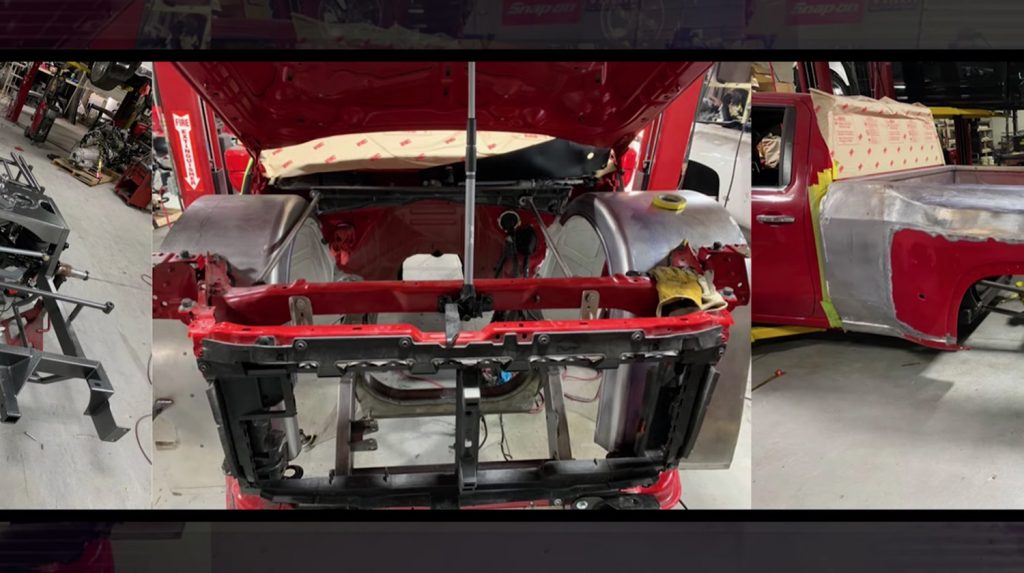 Sitting this Chevy Silverado 3500HD on the ground is a full Air Ride suspension system, with nine-inch, 3,800-pound air bags at all four corners. There’s also two five-gallon tanks for the air, with four compressors. Three presets are offered for the ride height, varying 13 to 14 inches in height in front, and about 10 inches in the rear.

Check it out in detail with the following feature video: