The No. 05 Cadillac DPi.VR of JDC Miller Motorsports secured a runner-up finish in the one-hour, 40-minute qualifying race for the Rolex 24 at Daytona on Sunday, with Wayne Taylor Racing finishing atop the running order in the No. 10 Acura ARX-05. Corvette struggled for pace in the frenetic GT fight, meanwhile, finishing toward the back of the GTD Pro running order and behind a handful of GTD Pro-Am entries. 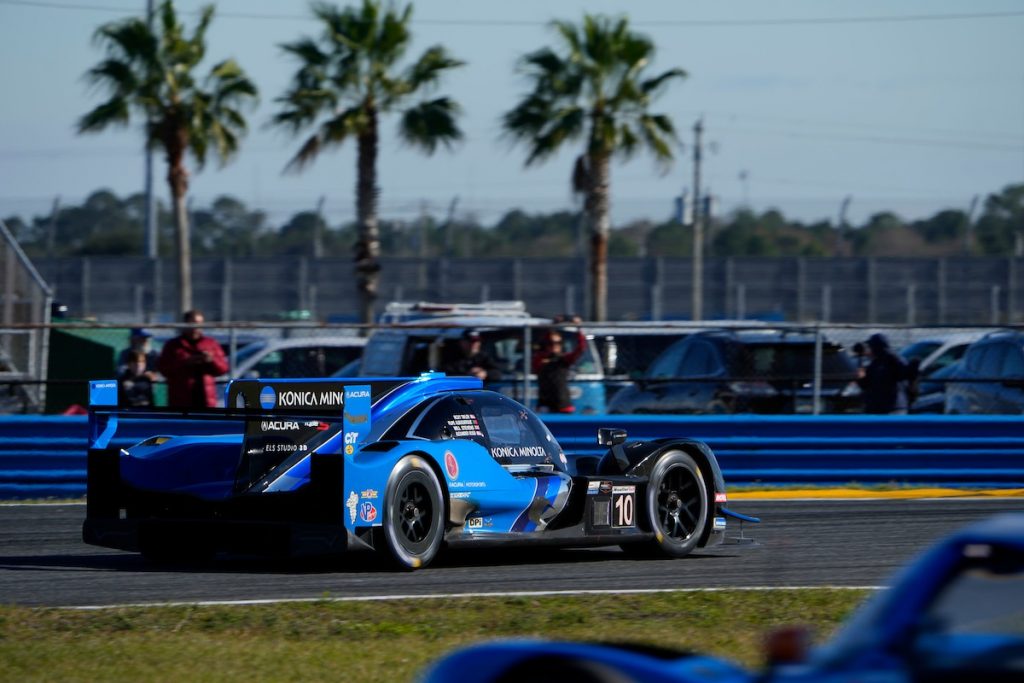 The No. 05 entry of Frenchman Tristan Vautier and Briton Richard Westbrook started the qualifying race from pole position after Cadillac locked out the top four positions on the grid in Saturday’s timed lap qualifying session, which set the grid for Sunday’s shootout. The No. 10 car of Ricky Taylor and Felipe Albuquerque, meanwhile, started from the back of the grid after race officials penalized the team for a rear wing angle violation.

When the green came out on Sunday, Albuquerque immediately began working his way up to the front of the field in the No. 10 Acura, taking the overall lead after just 30 minutes of racing. The No. 10 car battled with the No. 05 Cadillac throughout the race, engaging in an intense nose-to-tail battle for the final 25 minutes that ended when Westbrook attempted to make a late lunge on Taylor into Turn 1 on the final lap. Westbrook ended up making contact with Taylor’s left rear, sending the No. 05 car into a spin and forcing the British driver to settle for second place. The No. 48 Cadillac DPi-V.R of Jimmie Johnson and Kamui Kobayashi finished the race third overall.

Cadillac may have been fighting for the win, but it was a much different story in GM’s GT stable at Corvette Racing. The team, which is now competing in the GT3-based GTD Pro category, received a sudden Balance of Performance break from IMSA on Saturday after languishing at the bottom of the time charts during the Roar Before the 24 practice sessions last week. The adjustments did little to up the performance of the GT3-spec Corvette C8.R, though, forcing the No. 3 team of Antonio Garcia and Jordan Taylor to settle for eighth in GTD Pro and 33rd overall. The No. 04 car of Tommy Milner and Marco Sorensen, meanwhile, was ninth in GTD Pro and 38th overall. 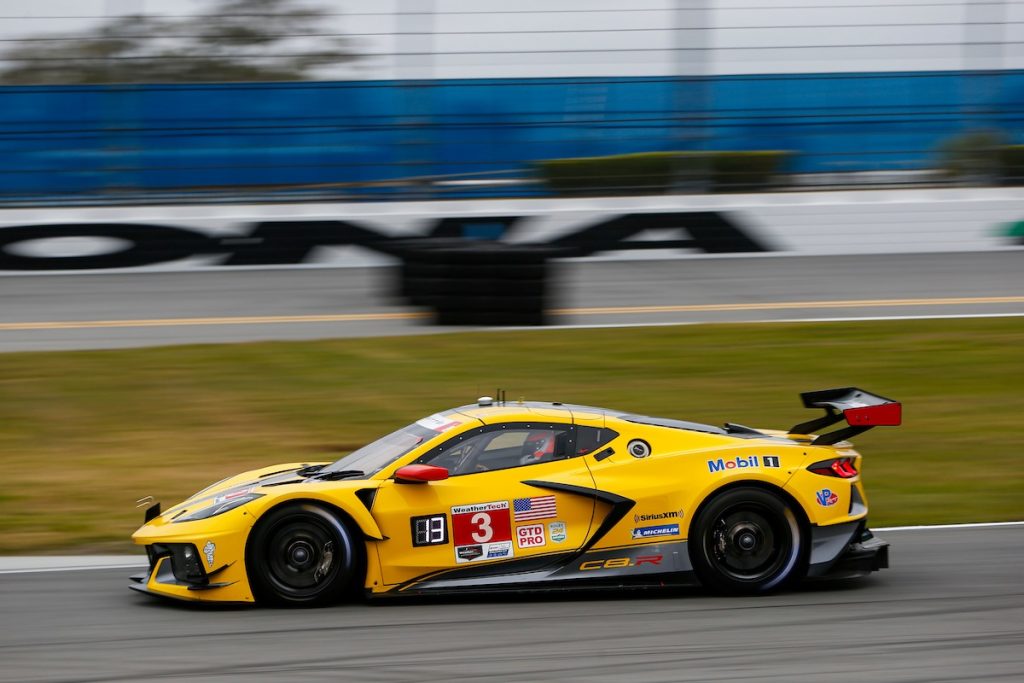 While some of the pace disadvantages may be down to the BoP the team was handed, part of it also has to do with the newness of the GT3-spec C8.R and the squad’s limited experience with the Michelin control tire.

Speaking after the qualifying race, Milner said the team was “obviously not thrilled with our ultimate pace,” but remains positive the team will be able to use its experience to its advantage come race day.

“There is still a lot learn with tires and things like that – experience that will help us for the race,” Milner said. “Today was good for us as drivers to learn more about the tires and about interacting with the other competitors in GTD.”

“The car is in one piece and we stayed out of trouble. There’s lots of race data for the engineers to pour over and make our Corvettes as fast as they can.” 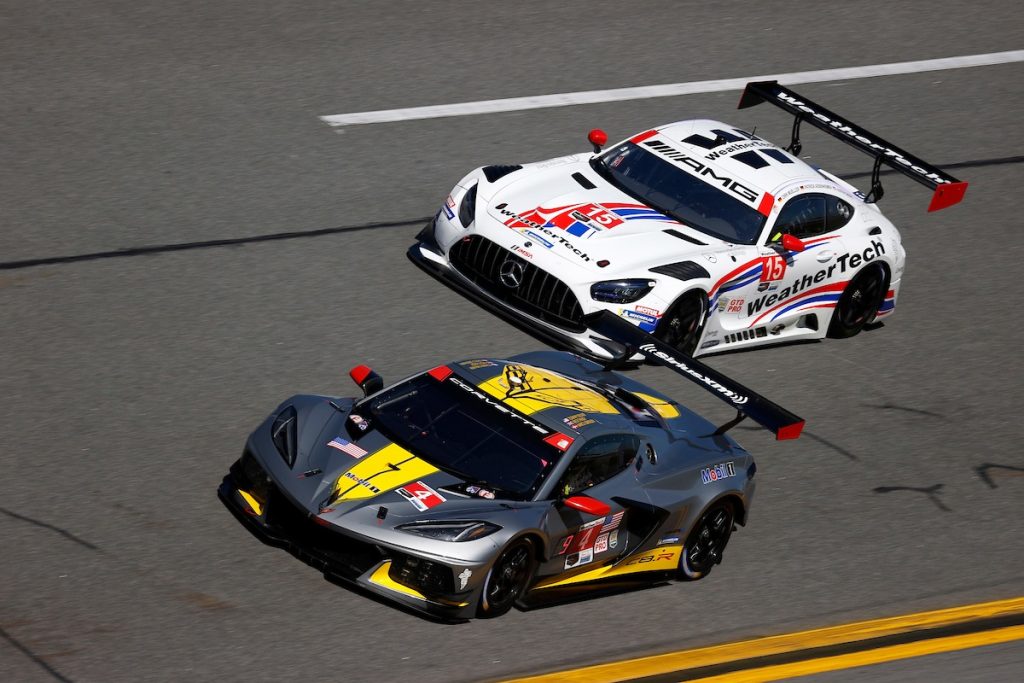 The No. 63 Lamborghini Huracan of TR3 Racing was first in GTD Pro, followed by the No. 9 Porsche 911 of WeatherTech Racing and the No. 97 Mercedes-AMG GT, which is also fielded by WeatherTech.