If you’ve ever wondered how the C8 Corvette Stingray exhaust note sounds compared to that of its predecessor, then this C8 versus C7 rev-off video is exactly for you.

To review, the sounds coming from the Summit White C7 Corvette Grand Sport in this video are courtesy of the 6.2L LT1 V8 which makes 460 horsepower and 465 pound-feet of torque in this application. Comparatively, the Hypersonic Gray Metallic C8 Corvette Stingray utilizes the 6.2L LT2 V8 which is good for 495 horsepower and 470 pound-feet of torque when equipped with the performance active-exhaust (NPP), which this particular model most certainly is. 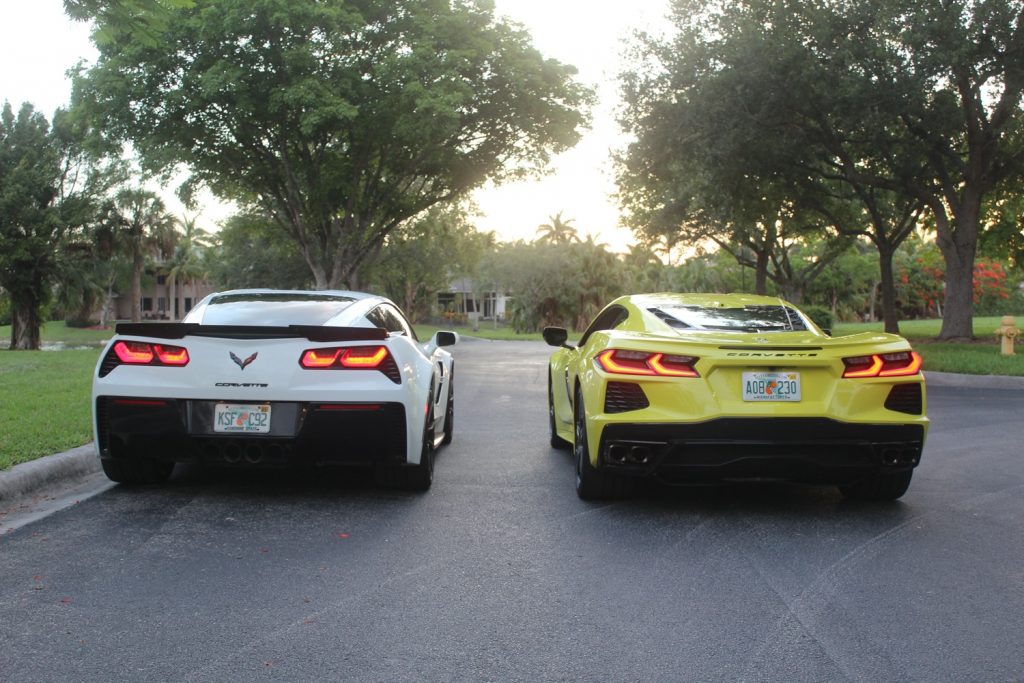 Here’s how the comparison video is structured. First, both Corvettes start up in Tour mode – meaning the dual-mode exhaust valves are closed. They then alternate between a set cadence, as follows:

The vehicles are then switched to Sport mode – meaning the valves are open – and that same sequence is then repeated.

It’s worth noting the fact that the valves will open at 4,000 RPM or higher, regardless of what mode the C7 is in. The same concept is true for the C8 Corvette, though we were unable to confirm the threshold is also 4,000 RPM, at least not with pin-point accuracy; we’ll need to run some more tests for that.

Interestingly, this rev-off revealed that the C8 Corvette sounds rather docile compared to the C7, which has a bit more of a bark to it. This would seem a bit counterintuitive, as the mid-engined C8 Corvette’s LT2 has a much shorter distance to travel compared to the LT1 under the hood of the front-engined C7. Take a listen, then let us know which soundtrack you prefer by voting in the poll below.