The Chevy Corvette and Ford Mustang are two of the most iconic nameplates in automotive history. Both carry a long resume of performance, and both enjoy a diehard fan base. However, this new video paints the age-old Corvette vs. Mustang battle in an entirely new light, with the new C8 Corvette Stingray lining up alongside a Ford Mustang Mach-E GT for an entirely new sort of drag race.

Coming to us from the folks at Edmunds, this performance test includes some interesting comparisons, including a few races from a dig, a race from a roll, and the all-important performance specs, including 0-to-60 mph time, quarter mile time, and 60-to-0 mph braking distance.

However, the most notable thing about this test is just how different both vehicles are, even when compared to preceding models from the same nameplate. 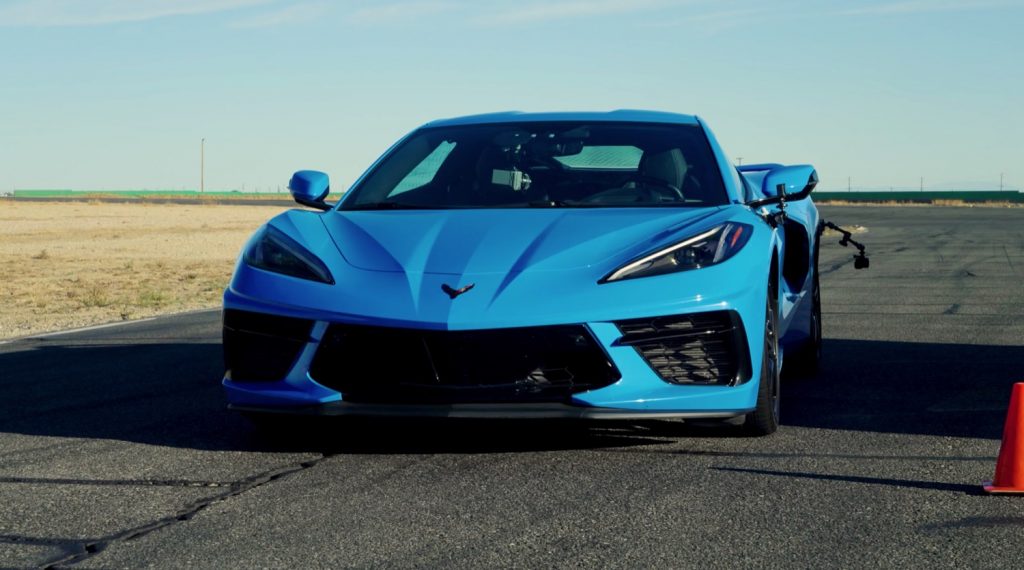 The specs for the C8 Corvette are likely well-known among GM Authority readers, but they bear revisiting. Mounted in the middle of the machine is the naturally aspirated 6.2L V8 LT2 gasoline engine, rated at 495 horsepower and 470 pound-feet of torque thanks to the onboard performance exhaust system. An eight-speed dual-clutch automatic transmission sends it all exclusively to the rear wheels, with vehicle weight rated at 3,649 pounds. 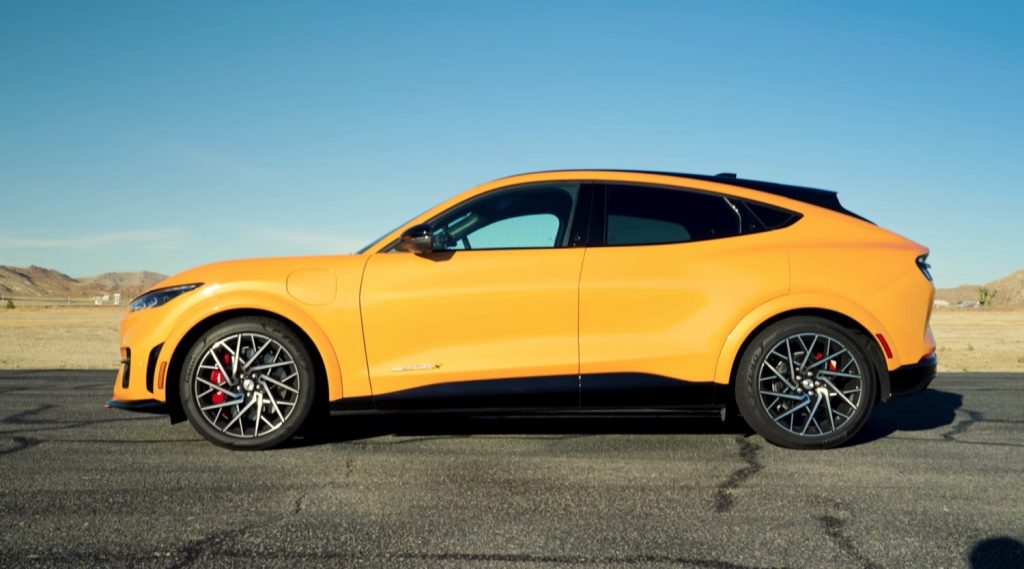 As a mid-engine sports car, the new C8 Corvette is clear break from its front-engined forerunners. That said, the Ford Mustang Mach-E GT is even more removed from Mustangs of old, arriving as an all-electric crossover. Dual onboard motors help the Mach-E GT put down 480 horsepower and 634 pound-feet of torque, which is a lot. However, vehicle weight is far above that of the C8 Corvette, rated at 4,997 pounds.

Indeed, despite the familiar nameplates, these two vehicles are as different as they come. Which will come out on top? Hit play to find out.