The 1987 Buick GNX was the swan song for the Buick Regal Grand National. Dressed all in ominous glossy black, this factory special featured black basket-weave wheels with polished lips, a black and gray cloth interior with stylized Buick 6 logo embroidered in the headrests. The standard-issue 1987 Grand National made 245 turbocharged horsepower from its 3.8-liter V6, but the GNX was far from standard issue. 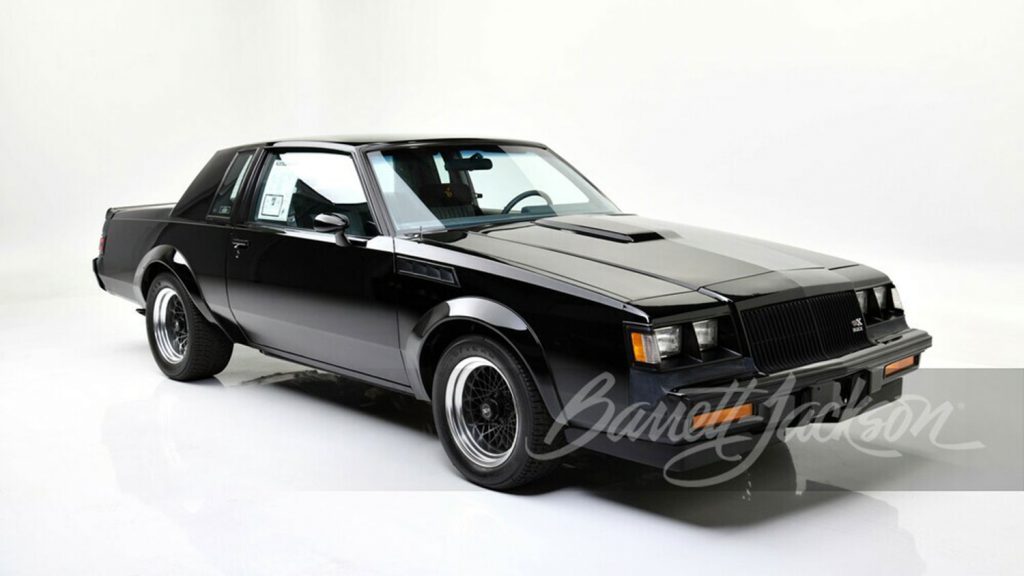 Partnering with ASC/McLaren, Buick built just 547 copies of the Grand National into skulking monsters known as the GNX (Grand National Experimental). The Buick GNX differed from the Grand National in that it had freer flowing heads, improved engine management controls, a less restrictive exhaust, and an upgraded turbo. Output grew to a laughingly underrated 276 horsepower and 360 pound-feet of torque. 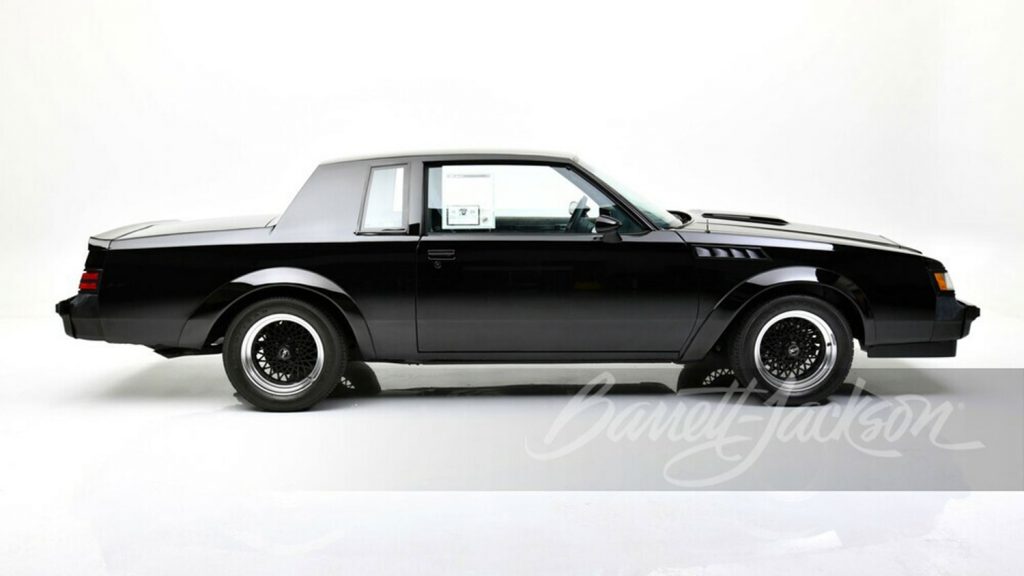 The Buick GNX had more than just the underhood changes to improve performance. A transmission cooler, more rigid body, and an improved rear suspension design featuring stiffer springs and a stabilizer all added to the overall package. The performance improvement was remarkable, as the GNX was capable of zero-to-sixty in 4.6 seconds, and rocketed through the quarter mile in the low 13-second range, enough to best GM’s flagship Corvette. 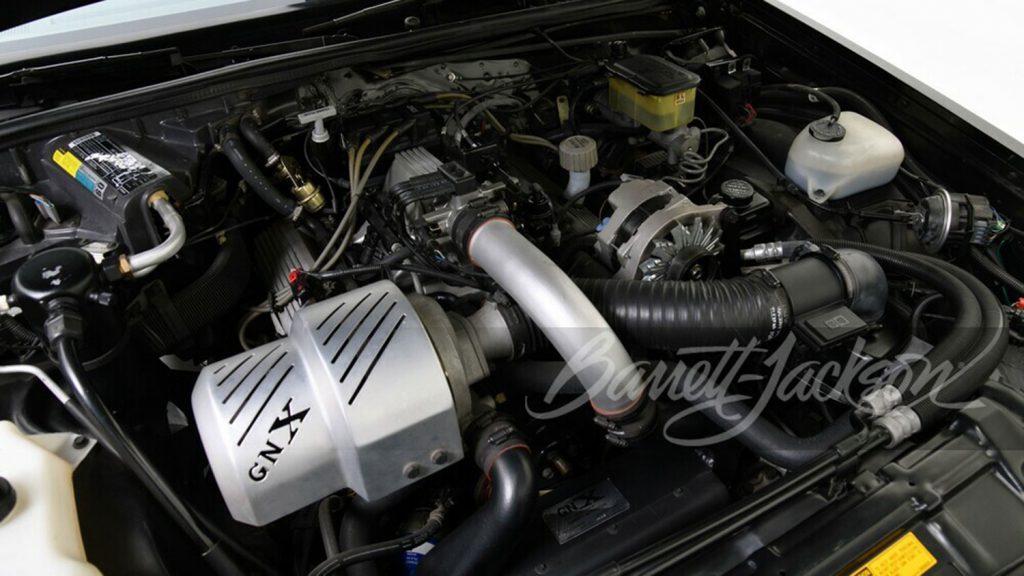 There were also a number of unique styling cues that distinguished the Buick GNX from its Grand National stablemate. Composite fender flares, functional fender vents over the front tires to help cool the engine compartment, and the aforementioned larger basket-weave 16-inch black wheels with polished aluminum lips. GNX badges appeared in the grille, trunk lid, and on the wheel center caps. 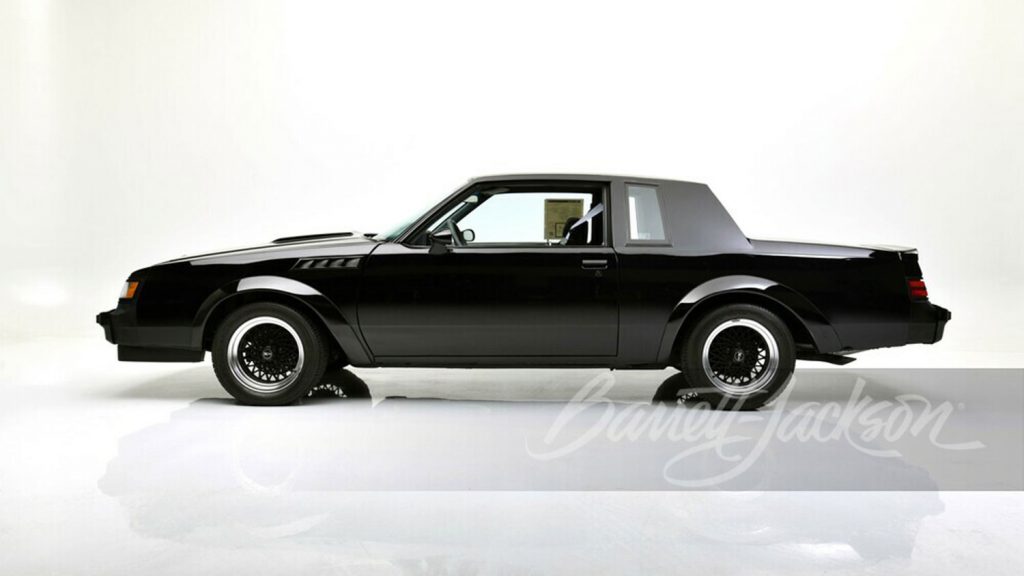 The interior featured a serial number plate that was mounted on the passenger side of the dash. Standard gauges were swapped for Stewart-Warner units, with gauges for oil pressure, coolant temp, and boost level housed in a modified cluster. 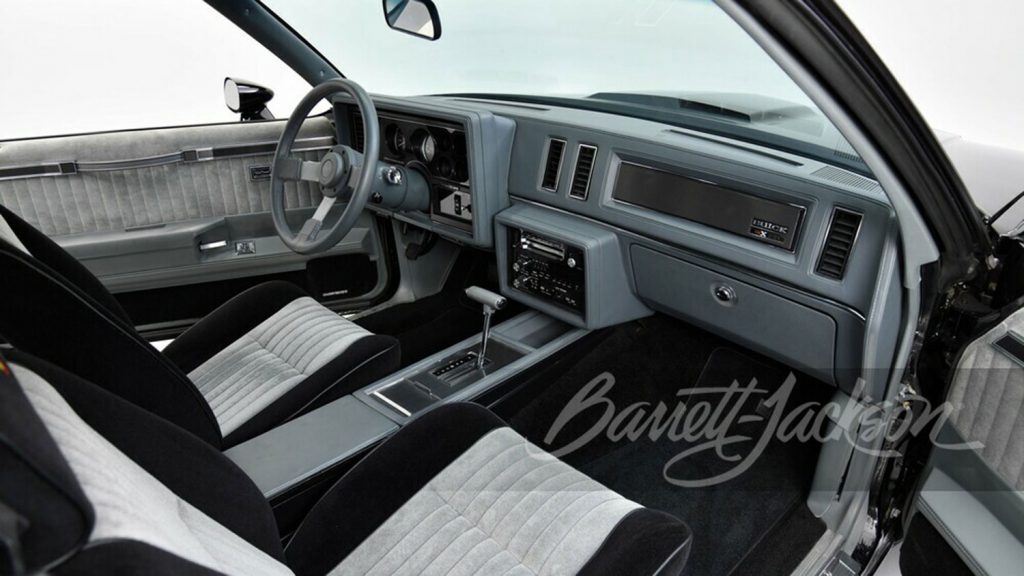 Our feature 1987 Buick GNX has covered just less than seventy miles from new. Formerly owned by jewelry magnate Nicola Bulgari, the GNX is in absolutely new condition. It has been on display in the Le May Automobile Museum in Tacoma, Washington. Of late, it has been in climate-controlled storage in Arizona.

This spectacular 1987 Buick GNX will cross the auction block at the Barrett-Jackson Scottsdale event January 22nd through the 30th. 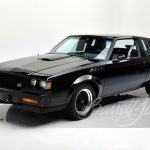 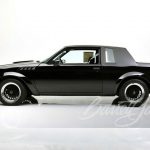 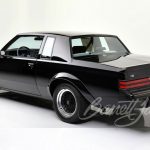 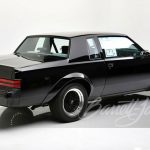 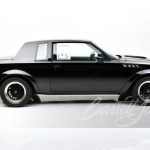 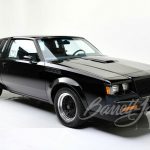 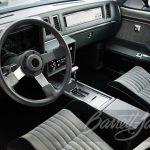 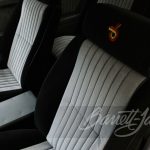 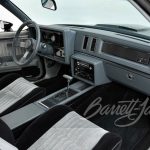 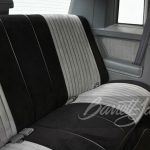 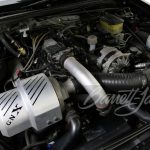