United States astronauts have a long history with the Chevy Corvette, and it all started with Alan Shepard. Shepard bought a 1953 Corvette from his father-in-law in 1954. In 1959, when he was selected to be one of the seven astronauts in NASA’s Mercury space program, he bought a 1957 Corvette. He convinced the tower controllers at Langley Air Force Base to let him blast down the runway in the ’57 at well over 100 miles per hour, and later bragged to a Life magazine photographer Ralph Morse that it went “like a bat out of hell.” 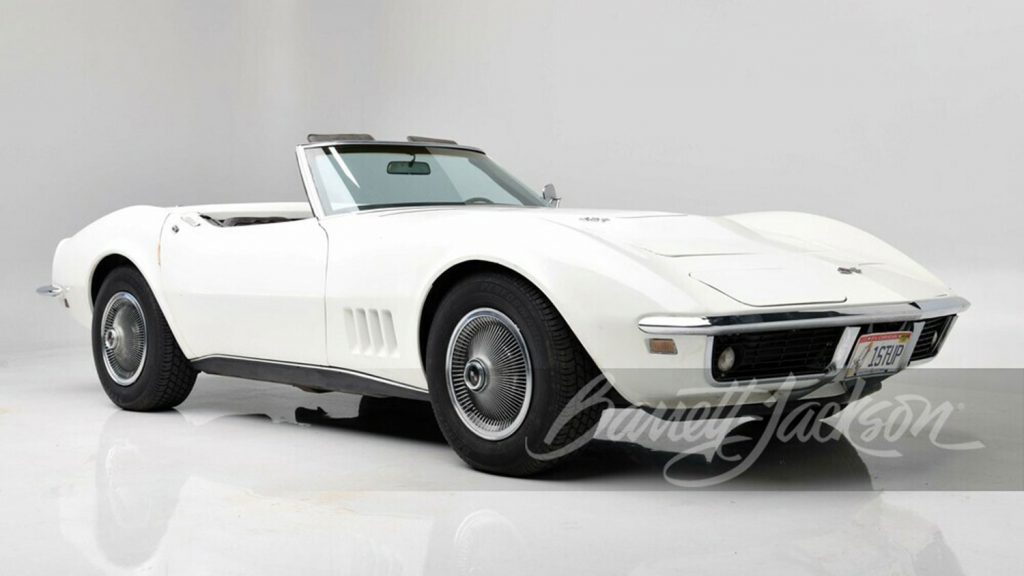 When Shepard reported for NASA training in 1959, he was driving his Chevy Corvette. While training, Shepard became friends with GM engineer and “Father of the Corvette” Zora Arkus-Duntov. On May 5th, 1961, Shepard became the first American in space. Shortly thereafter, Arkus-Duntov convinced GM to award Shepard with a brand-new Ermine White 1962 Chevy Corvette. It was marketing gold. 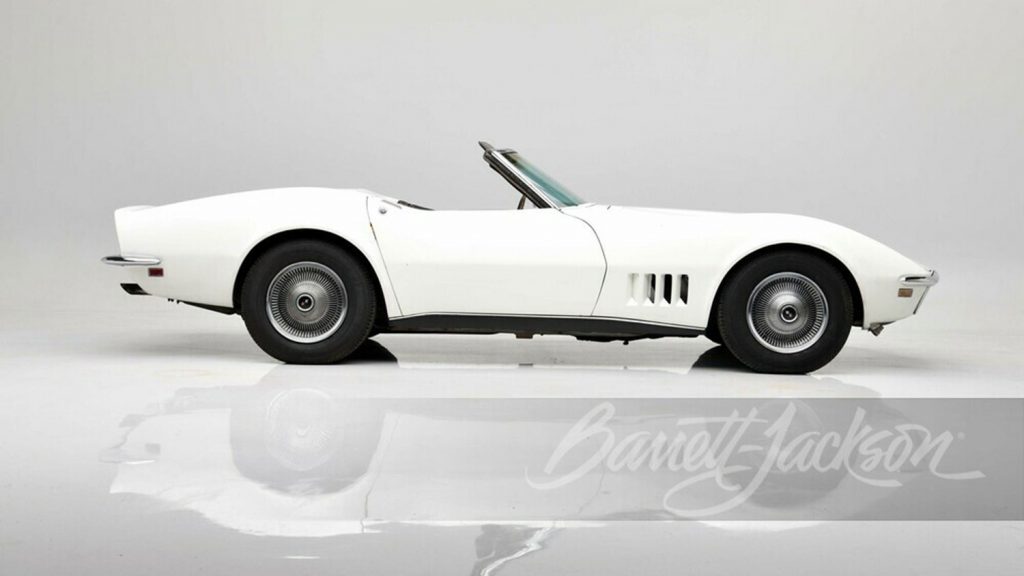 There was a problem, however. The US government saw the astronauts as what they were, government employees. As such, were not allowed to accept gifts as reward for things they did whilst employed by the government. Enter Florida GM dealer and former Indy 500 winner Jim Rathmann. He offered to lease the astronauts the GM car of their choice for one dollar per year. This way, the astronauts were “paying” for the cars. Many of them chose to lease Chevy Corvettes. When the year was up, the cars could be purchased outright, at a very attractive price, or returned to the dealership. Rathmann had no trouble selling cars that had previously been owned by astronauts. 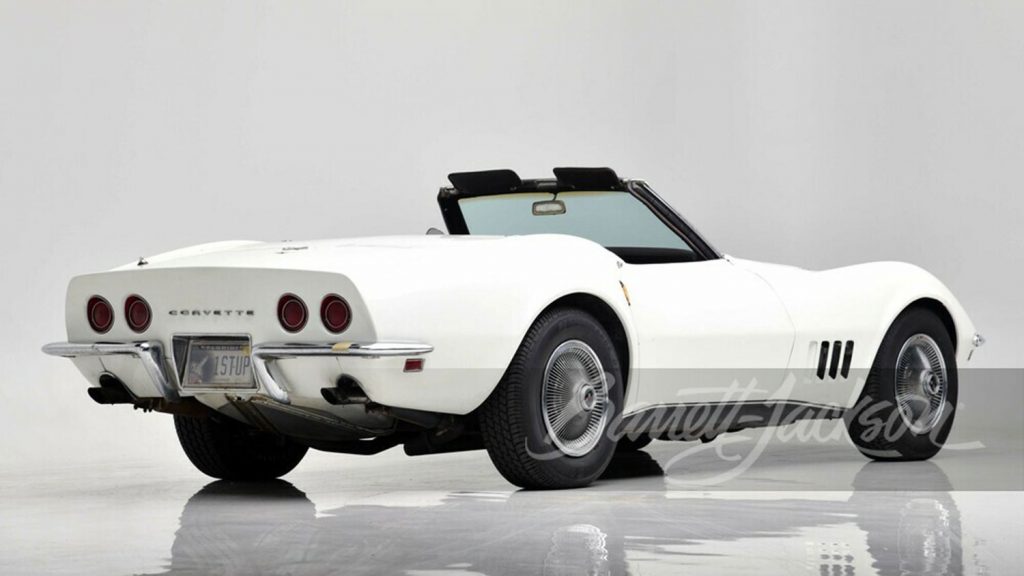 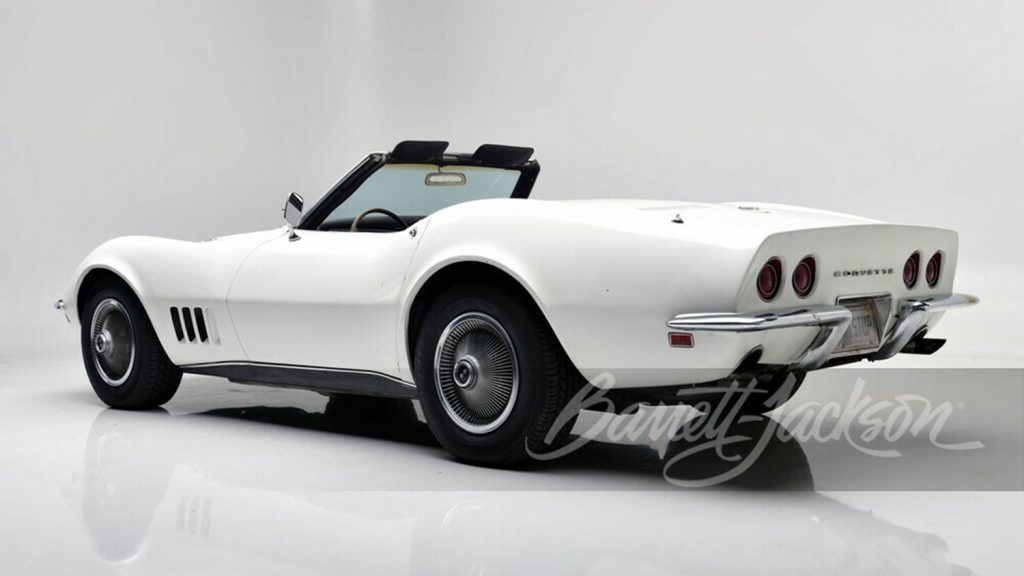 Alan Shepard was a true Corvette fan, owning ten Chevy Corvettes over his lifetime. Our feature car is one of those, a 1968 Corvette convertible in Polar White over brown leather, one of just 664 in that combo. It is powered by its factory L89 427 Big Block, producing 435 horsepower and fed by the Tri-Power triple carb set-up. Backing the rat motor is a four-speed manual transmission. 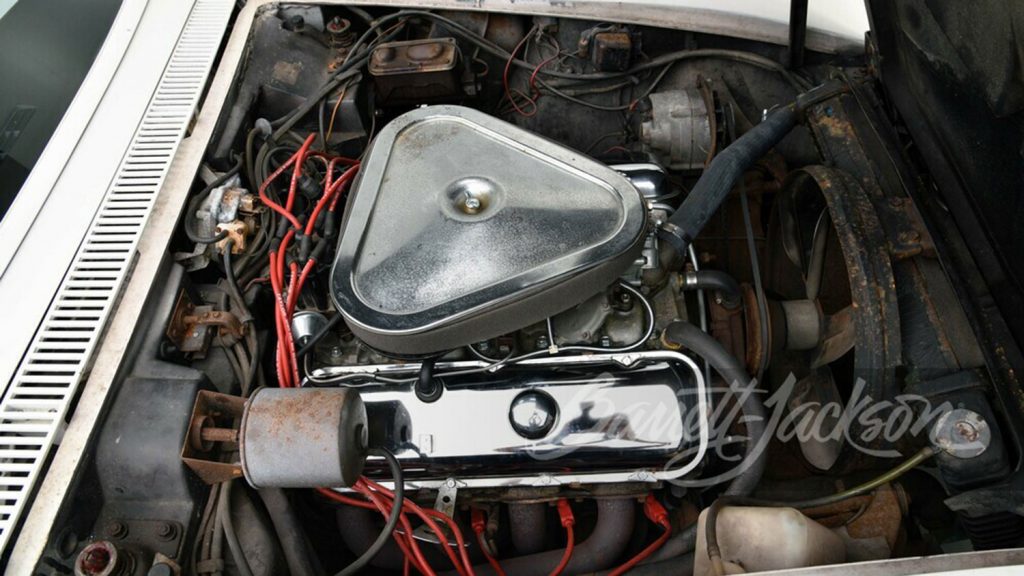 The Corvette is unrestored. It shows all the patina one would expect from a fifty-four year-old car. The Polar White paint is still in pretty decent shape for its age. The chrome bumpers and trim show pitting and age. Stainless trim is not quite so new anymore. The wheels wear the rare RPO P01 Bright Metal Wheel Covers. The interior, though complete, looks like it has suffered the indignities of heat and weather. The engine bay is pretty crusty and is missing its ignition shielding. But, it is a piece of history, once owned by the first American in space. It has been displayed at the National Corvette Museum and the American Space Museum in Titusville, Florida. It is accompanied by the original tank sticker, order sheet, magazine articles, a GM courtesy car letter, and museum display articles. 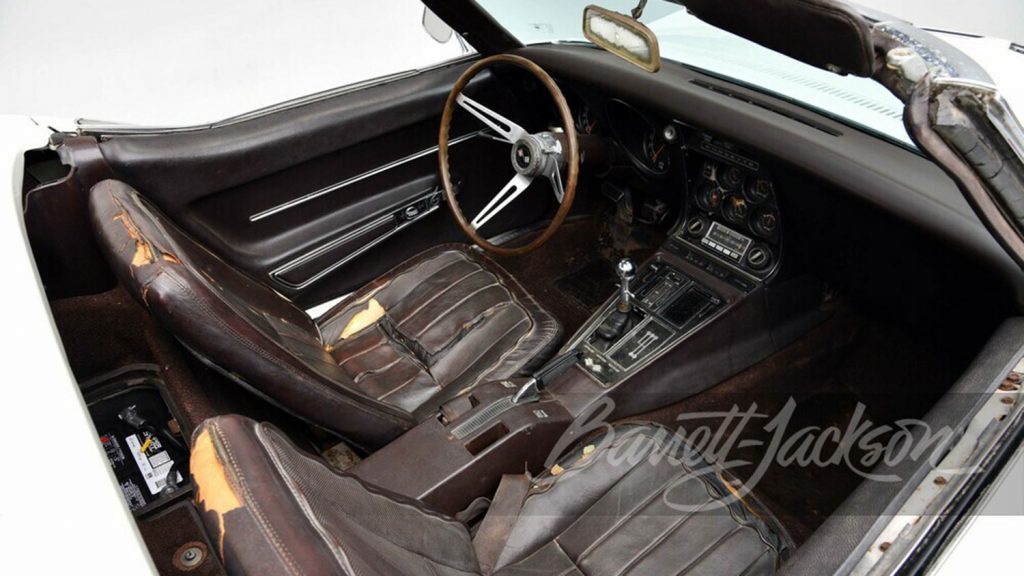 This rare and significant Chevy Corvette will cross the Barrett-Jackson auction block at its Scottsdale event later this week. 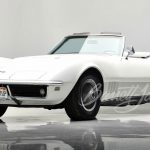 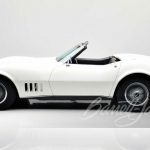 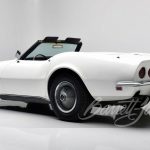 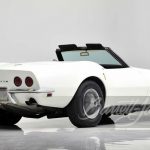 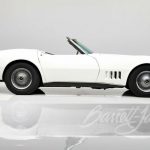 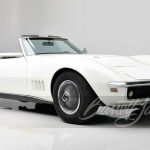 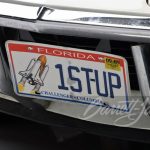 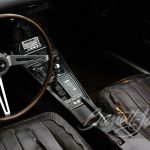 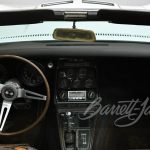 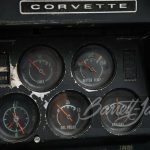 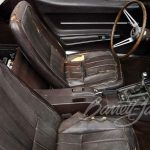 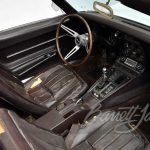 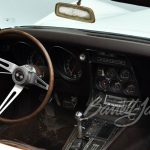 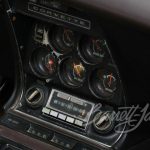 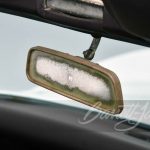 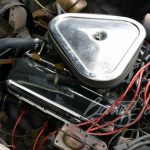 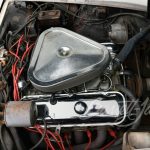