This particular prototype appears to be the ZR2 model, judging by the tester’s exterior, including the aggressive and lifted stance and running gear. Even so, the general configuration and layout of the interior should be roughly the same for the ZR2 as for other models / trim levels within the 2023 Colorado range. With that out of the way, let’s dig right in. 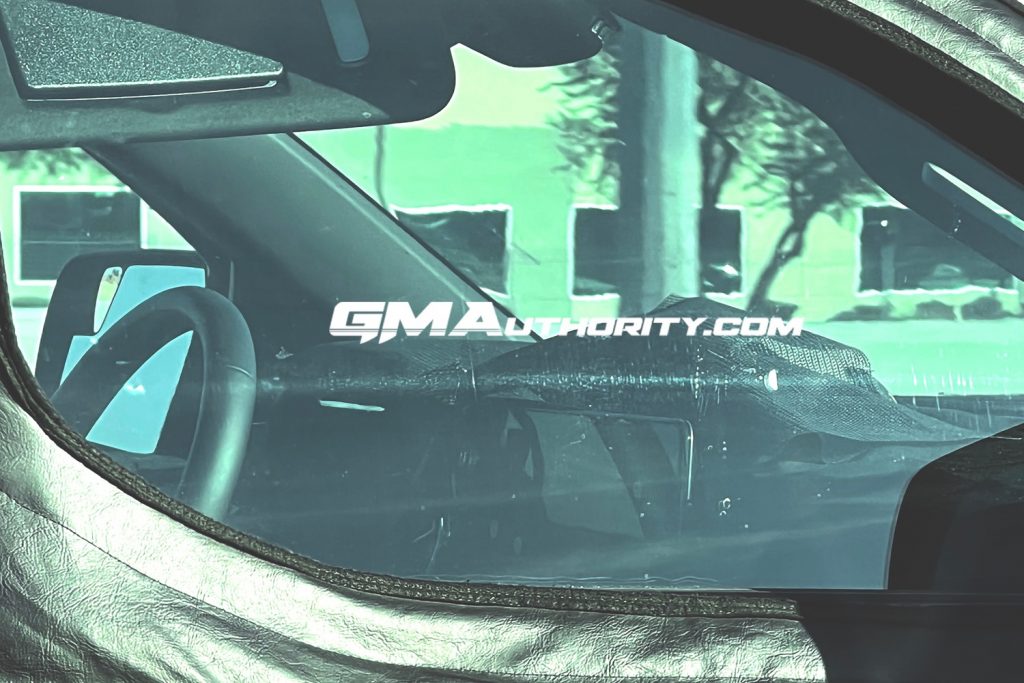 There’s a significant amount of camouflage covering the the 2023 Chevy Colorado interior, but what we do see is a large, horizontally-oriented center stack display mounted in an upright fashion. The next-gen Colorado’s new center stack display appears to have a design that’s either the same or very similar to that of the 13.4-inch display offered on the refreshed 2022 Chevy Silverado 1500, which is part of the overhauled interior featured on 2022 Silverado 1500 LT trim levels and above.

The only other visible element beyond the screen itself is what seems to be a circular volume knob with a chrome outline to the let of the display. 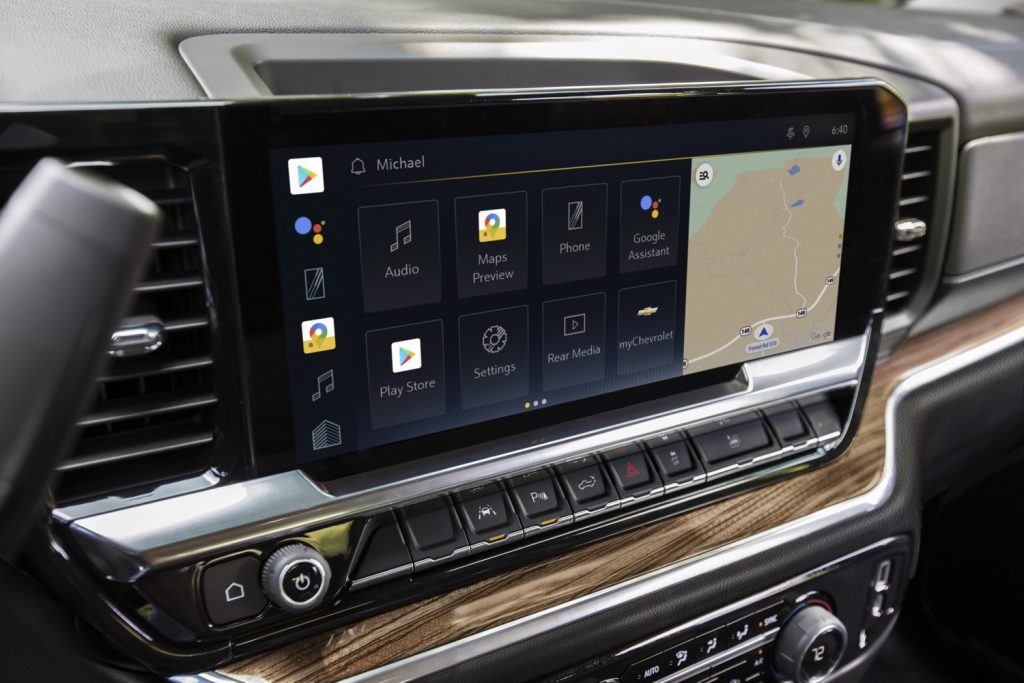 When it debuts, the 2023 Chevy Colorado will feature a long list of updates and changes as compared to the outgoing (and current) second-generation model. While the underlying GMT 31XX platform will remain the same, including the frame and cab structure, just about everything else will be overhauled. In addition to a new interior, the 2023 Colorado will also adopt the GM Global B electrical architecture, also known as Vehicle Intelligence Platform (VIP) that will enable over-the-air software updates to key vehicle components, along with the proper integration of next-generation features like Super Cruise and Ultra Cruise semi-autonomous driving assistance systems. 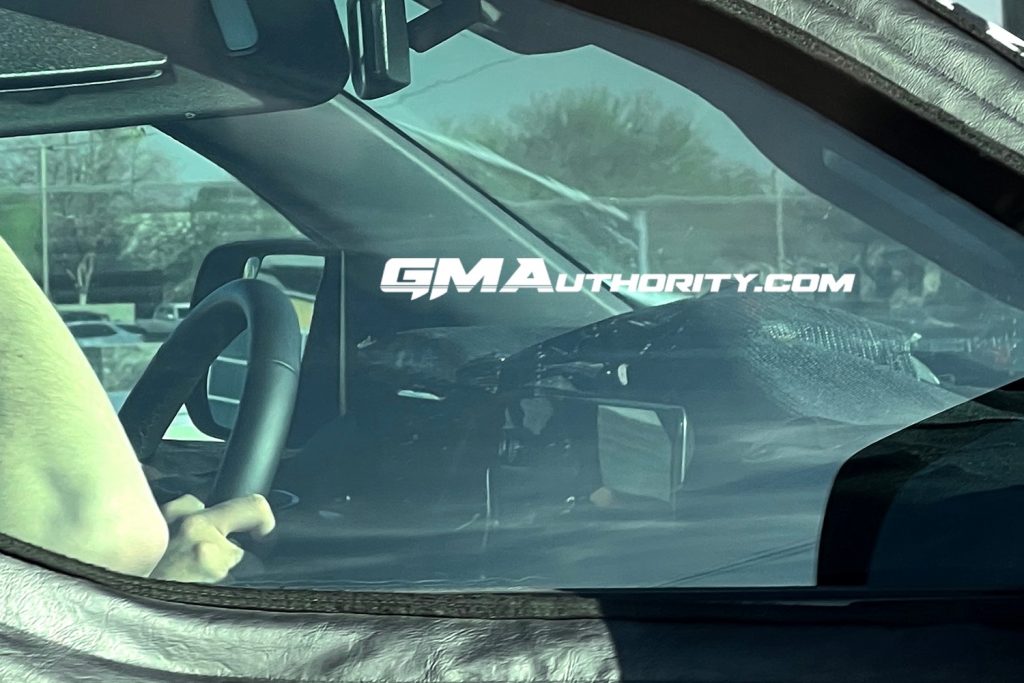 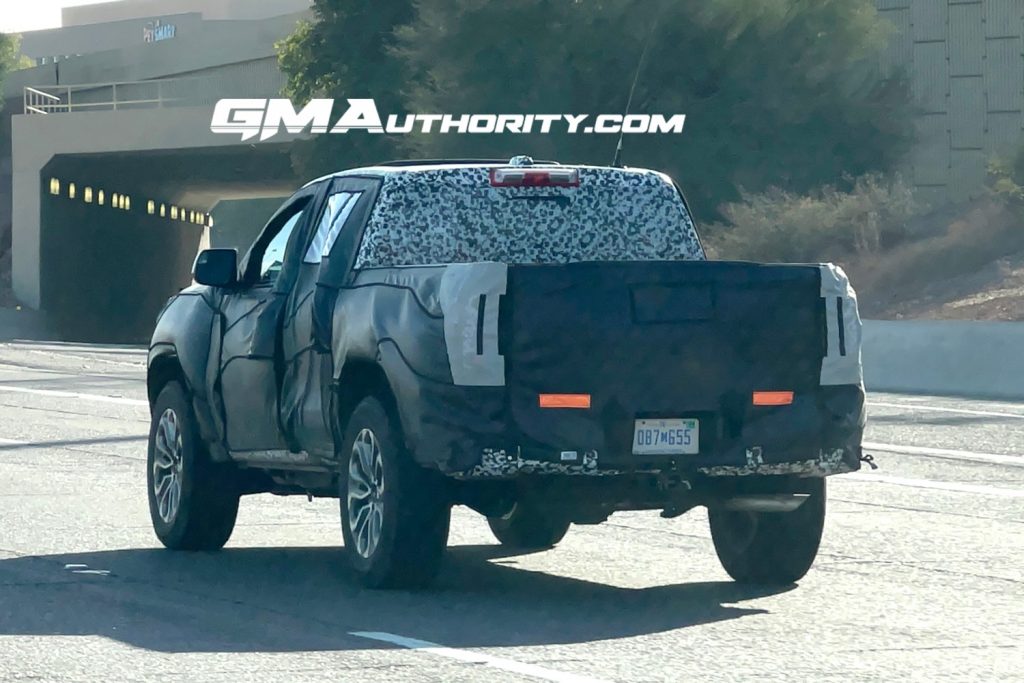 When equipped in the refreshed 2022 Chevy Silverado 1500 and 2022 GMC Sierra 1500, the L3B is rated at 310 horsepower and an uprated 430 pound-feet of torque. Power and torque ratings for the 2023 Chevy Colorado are currently unclear, but we do expect GM’s 10-speed automatic to handle cog swaps.

A few weeks ago, we captured a whole convoy of 2023 Chevy Colorado and 2023 GMC Canyon prototypes undergoing testing. The trucks’ acceleration gave us a chance to hear the L3B spooling up. The sound is dominated by turbo whistle, marking the first time that the Colorado will feature a turbocharged gasoline engine.