The fully refreshed 2022 Chevy Silverado 1500 introduces a broad range of changes and updates, among them the debut of the new off-road-capable Silverado ZR2 trim level. Now, we’re checking out the new Silverado ZR2 in an eye-catching shade of red thanks to the following exclusive GM Authority Real World Photos. 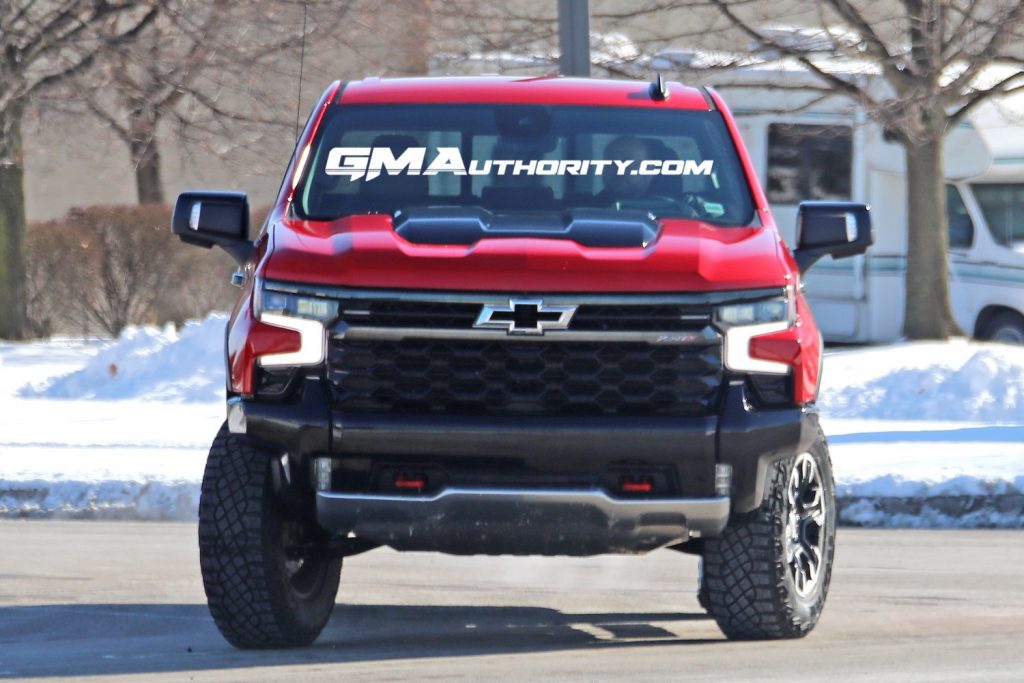 Back in November, we published a series of photos showing the 2022 Chevy Silverado 1500 ZR2 in Black paint. By contrast, this particular example is covered in a hue dubbed Red Hot (color code G7C, touch-up paint code WA-130X).

This is the first time we’ve seen the 2022 Chevy Silverado 1500 ZR2 in Red Hot paint. Red Hot paint is only available in conjunction with Jet Black / Graystone interior colorway, which, as it just so happens, is also the case for the new Silverado ZR2. 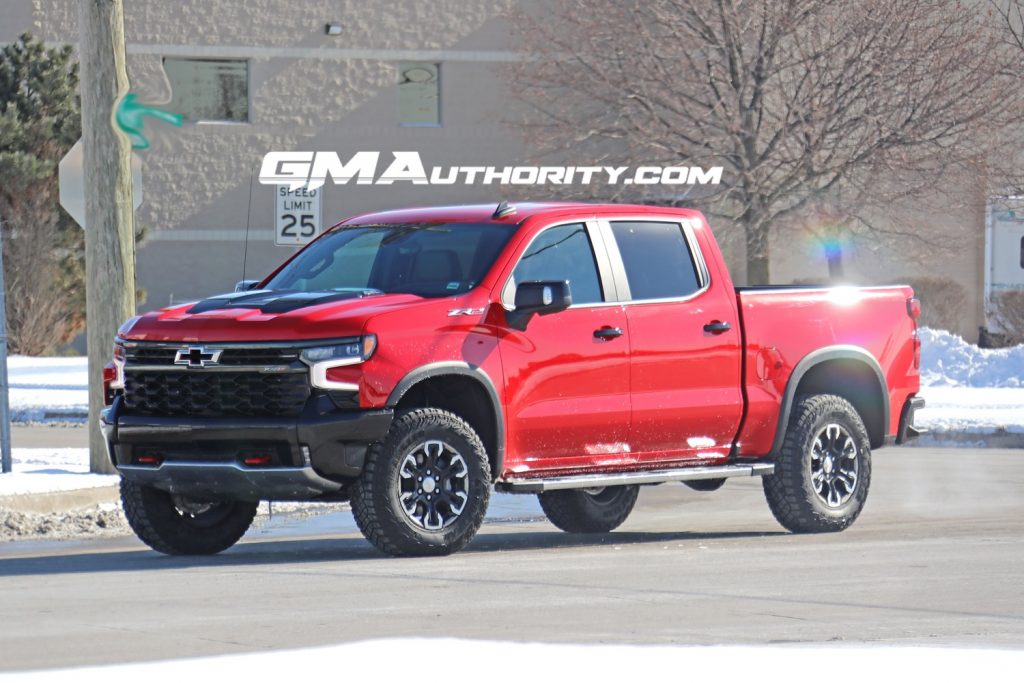 This particular example presents in a Crew Cab / Short Bed body configuration, which is the only body configuration offered for the 2022 Silverado ZR2. The front end features a unique fascia with a black grille and ZR2 badging, Flow Tie badge with a red inlay, and black lower bumper treatment. A set of red tow hooks are located just above a silver skid plate, while the hood incorporates a black insert. The headlights include LED lighting elements for the daytime running lamps. 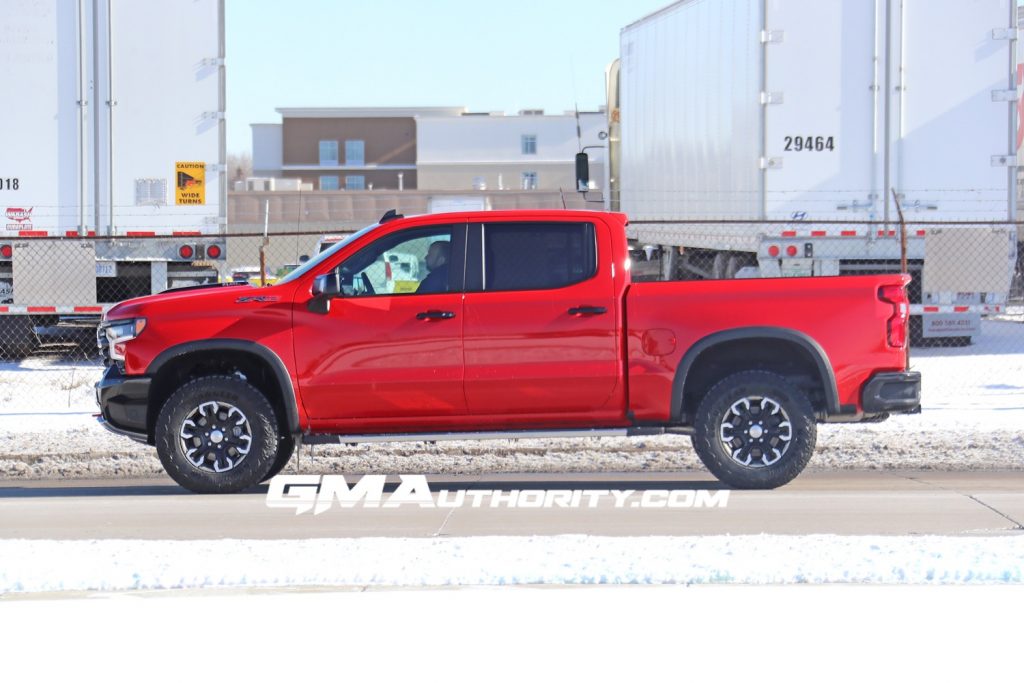 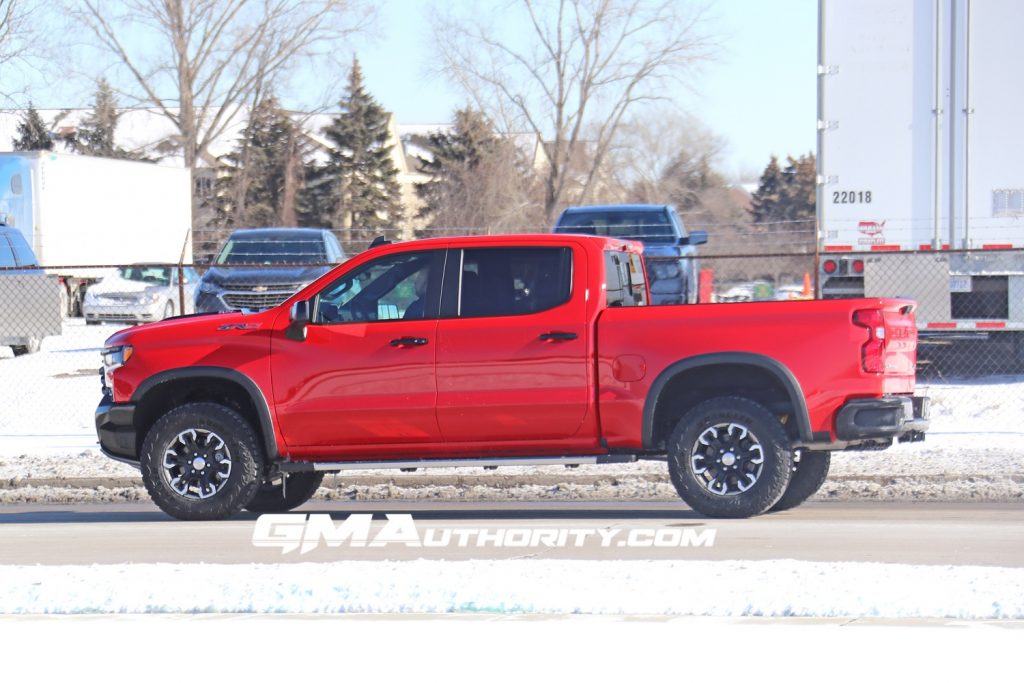 Further details in the sides include black mirror caps and black door handles, which provide a nice offset for the highly visible Red Hot body panels. This particular model also appears to be equipped with chromed rectangular 6-foot assist steps (RPO code VXH), which, interestingly, are currently not available for the Silverado ZR2. A set of MultiMatic DSSV dampers keep the ZR2 sitting shiny side up. 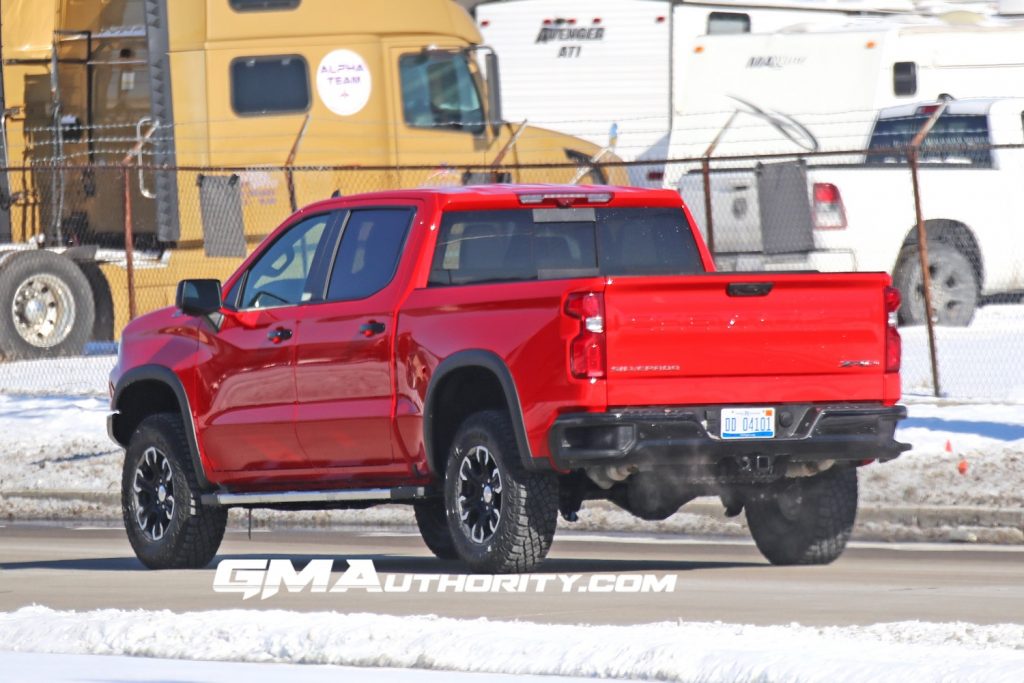 The rear end of the 2022 Chevy Silverado ZR2 terminates the exhaust pipes tucked behind the rear bumper, thus enhancing its off-road worthiness with regard to approach and departure angles. The bumper itself is finished in black.

As for the greasy bits, the Chevy Silverado ZR2 is offered exclusively with the naturally aspirated 6.2L V8 L87 gasoline engine. Elsewhere in the lineup, the refreshed 2022 Silverado can be had with the turbocharged 2.7L I4 L3B (now with 430 pound-feet of torque), the atmospheric 5.3L V8 L84 gasoline engine, and the 3.0L I6 LM2 turbodiesel Duramax. 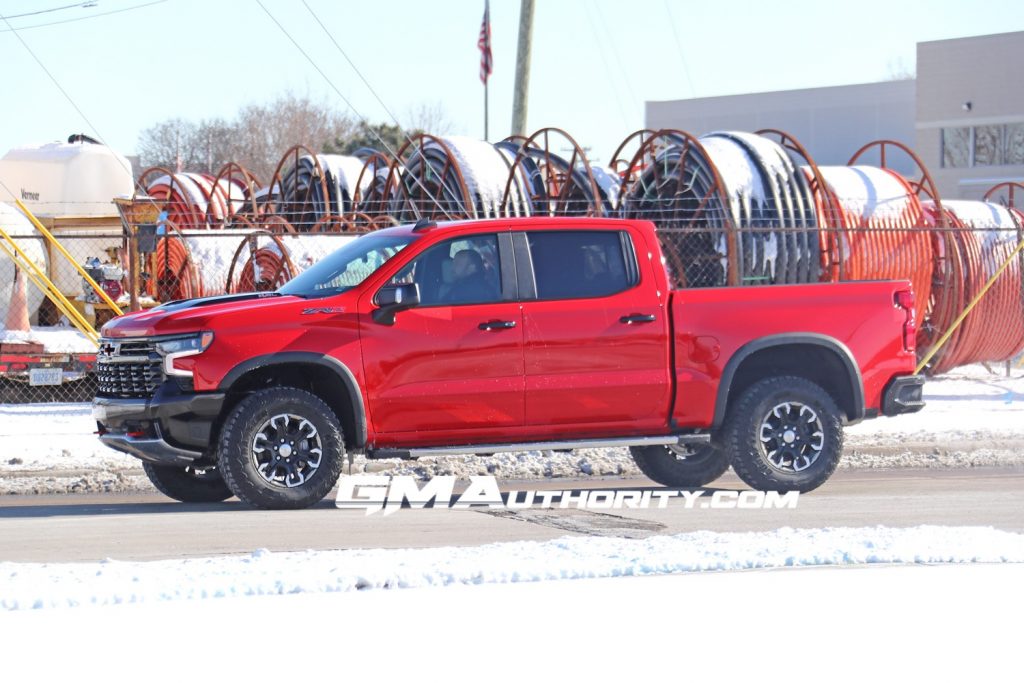 Under the skin is the GM T1 platform. Production takes place at the GM Silao Plant in Mexico, the GM Fort Wayne Assembly facility in Indiana, and the GM Oshawa Plant in Canada.