A new advertisement for the 2022 Chevy Equinox compact crossover attempts to shine a light on the vehicle’s standard Automatic Emergency Braking system. 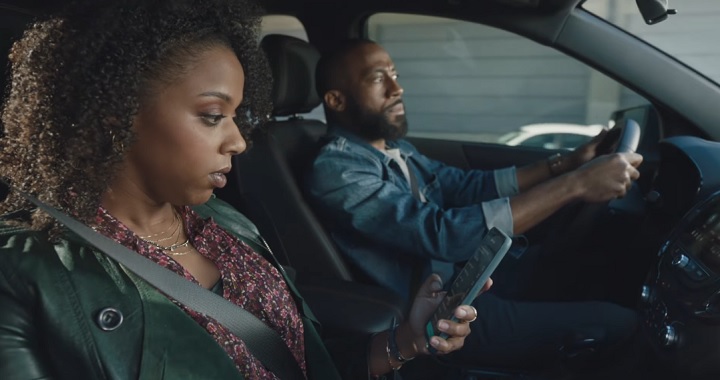 The ad, entitled ‘Taco Truck’, shows a couple driving in their 2022 Chevy Equinox RS as they discuss what to eat for dinner. As the husband rattles off options like sushi, Indian and seafood, the wife is looking down at her smartphone, rejecting the husband’s various restaurant proposals.

With both vehicle occupants distracted, the husband and wife don’t realize they are approaching the back of a taco truck that’s parked in the middle of the lane. The crossover’s Automatic Emergency Braking system then steps up, beeping before rapidly applying the brakes and preventing an inevitable rear-end crash between the Chevy and the food truck. The couple then looks up and sees the word ‘tacos’ scrawled across the back of the food truck, inspiring them to settle on Mexican food for dinner.

This humorous advertisement attempts to shine a light on the presence of standard Automatic Emergency Braking in the 2022 Chevy Equinox. This active safety feature was previously optional on the Chevy Equinox, but has become standard equipment since the 2022 model year, adding an extra layer of safety to this popular family vehicle. GM has lagged behind many of its rivals in offering Automatic Emergency Braking and other active safety features as standard equipment in its vehicles, but the Equinox is an exception in the automaker’s lineup.

The 2022 Chevy Equinox is powered exclusively by the turbocharged 1.5L I4 LYX gasoline engine, rated at 170 horsepower at 5,600 rpm and 203 pound-feet of torque at 2,000 rpm. A six-speed automatic transmission handles the transmission duties. Front-wheel-drive is standard, while all-wheel-drive is offered as an option. Production takes place at the GM CAMI plant in Canada and the GM San Luis Potosí plant in Mexico.