The Chevy Camaro, Corvette, Chevelle, Nova, Impala, and just about every other cool old Chevy you can think of have been used as the basis for restomod builds. They have been constructed with custom bodywork, frames, suspensions, interiors, stunning paint jobs, and modern drivetrains. But as Hemming’s Mike Musto has said, when you start with vintage stuff, it never quite measures up to the performance of modern cars. So what do you do if you want that retro look with all the dynamics of contemporary cars? 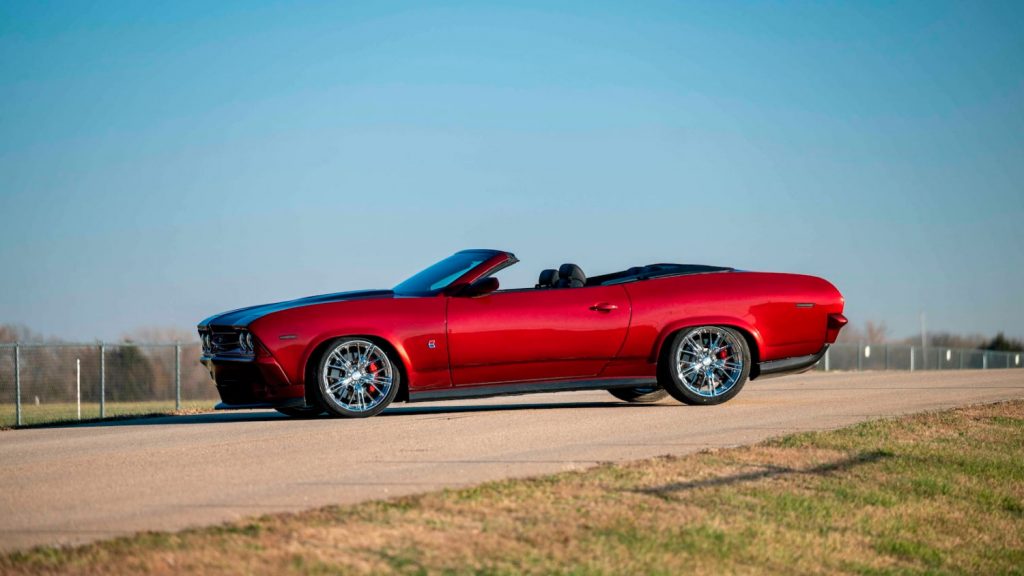 One option may be something like this 2013 Chevy Camaro ZL1 convertible that has been transformed to look like a slick 1969 Chevelle. Called the A69 for the 1969 A-Body platform Chevelle, it was built by Vision Retro Designs. This Camaro is dressed in carbon fiber body panels shaped to look like a modern interpretation Chevelle convertible, but with lower spoilers and ground effects. The hood features dual power bulges and carbon fiber SS stripes that contrast the brilliant Sparkling Burgundy paint. The convertible top is attractive black cloth. 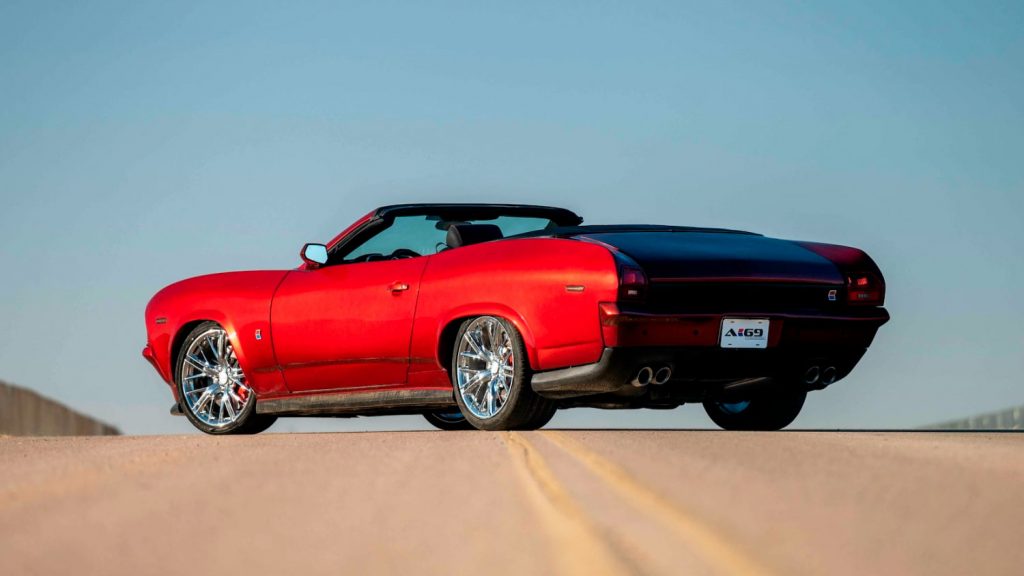 Inside the Chevy Camaro A69, you’ll find a full custom Tuxedo Black Napa leather upholstery accented in red. The pattern is akin to that of Ferrari Daytona seats, with a diagonal uptick toward the bolsters. The steering wheel is wrapped in leather with carbon fiber upper and lower sections. Door sills are covered in carbon fiber with A69 Limited Edition placards. 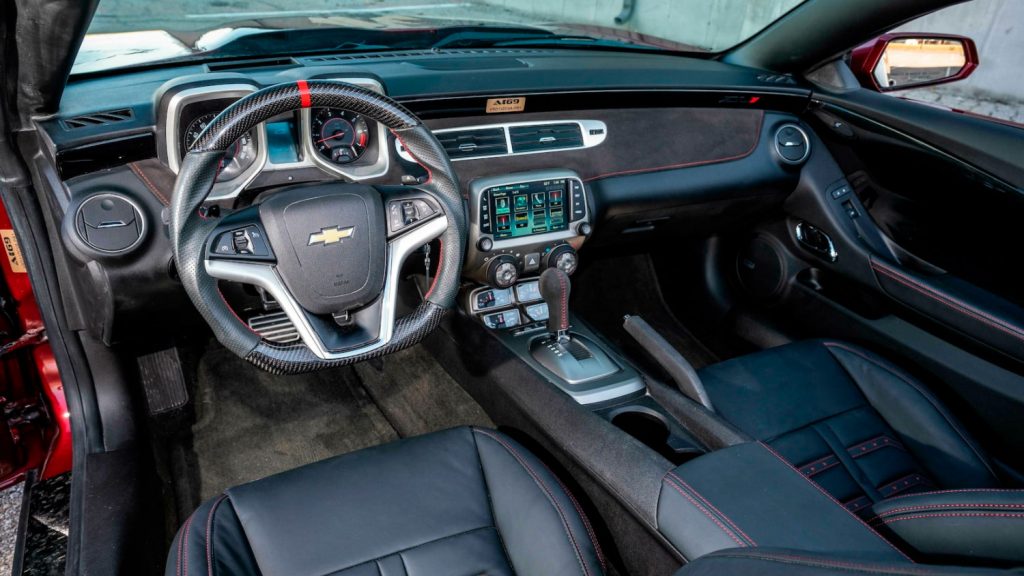 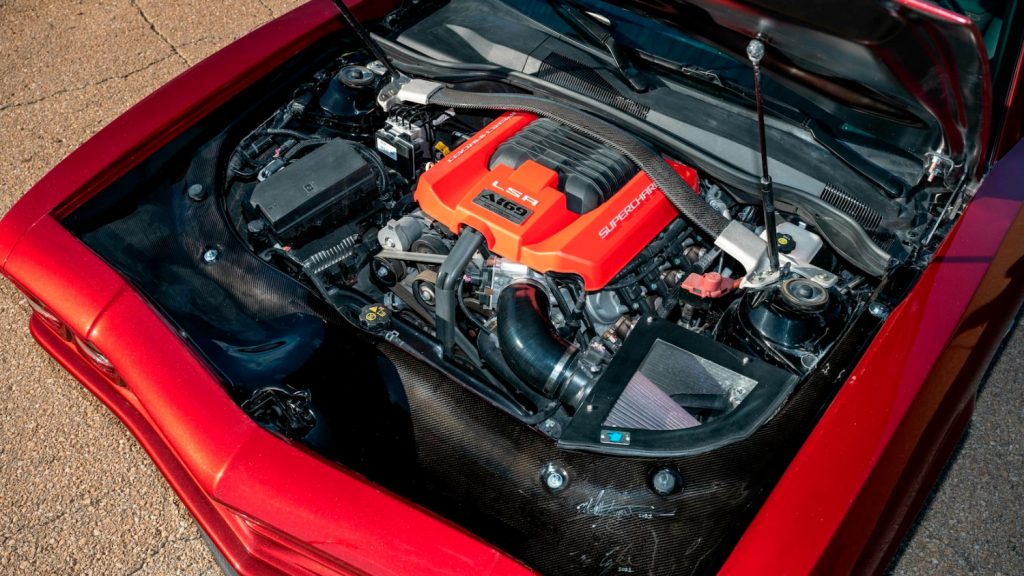 This interesting Chevy Camaro A69 custom will cross the auction block at the Mecum Auctions Kissimmee, Florida sale January 6th-16th. 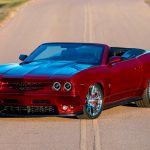 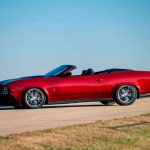 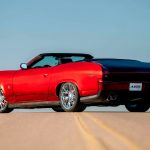 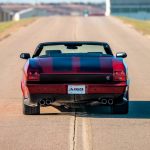 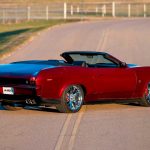 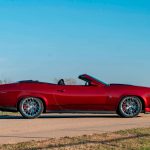 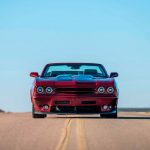 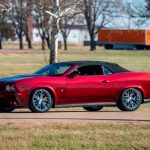 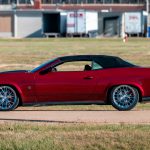 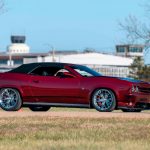 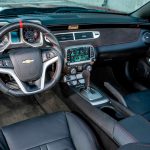 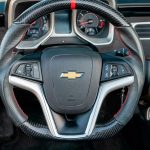 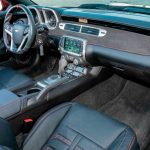 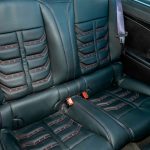 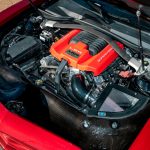 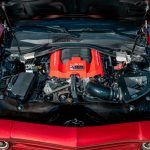 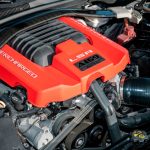