This fully customized 2010 Chevy Camaro donk was previously owned by rapper, songwriter, and producer Big Boi, best known as a member of the hip hop duo Outkast. Now, Big Boi’s Camaro is up for grabs at an auction. 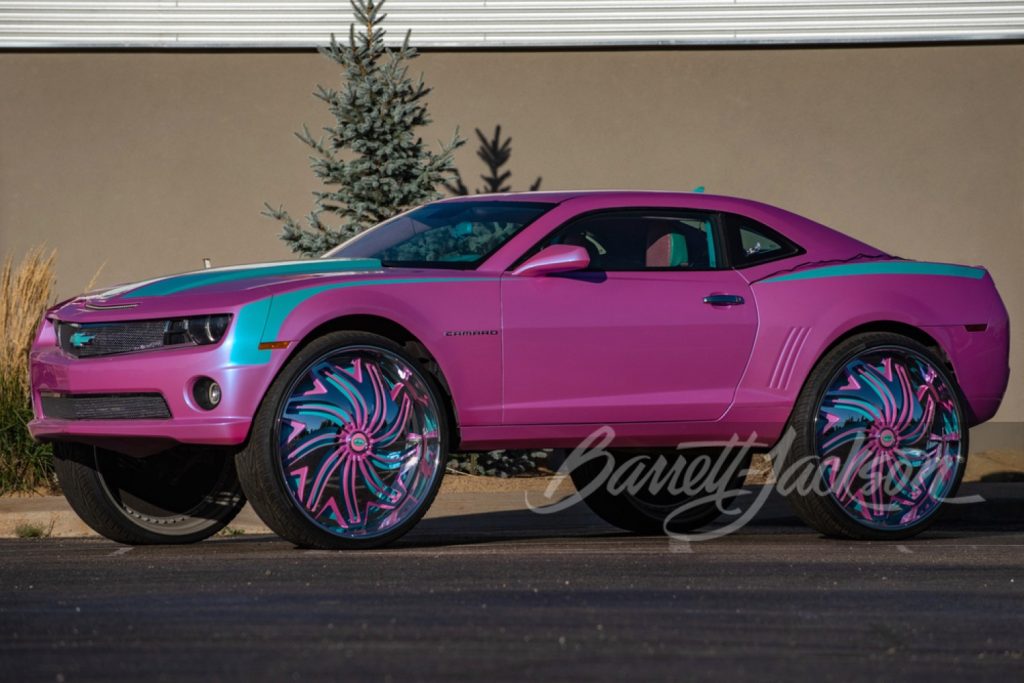 It’s hard to miss this wild 2010 Chevy Camaro, which was upgraded by Classic Customs both inside and out. Let’s start with the exterior, where the Camaro’s body panels are covered in a unique two-tone Cotton Candy Pink paint job with light blue accents. And of course, we also have to mention the wheels, which measure in at a massive 32 inches and include the same color scheme as the rest of the exterior for the spokes. 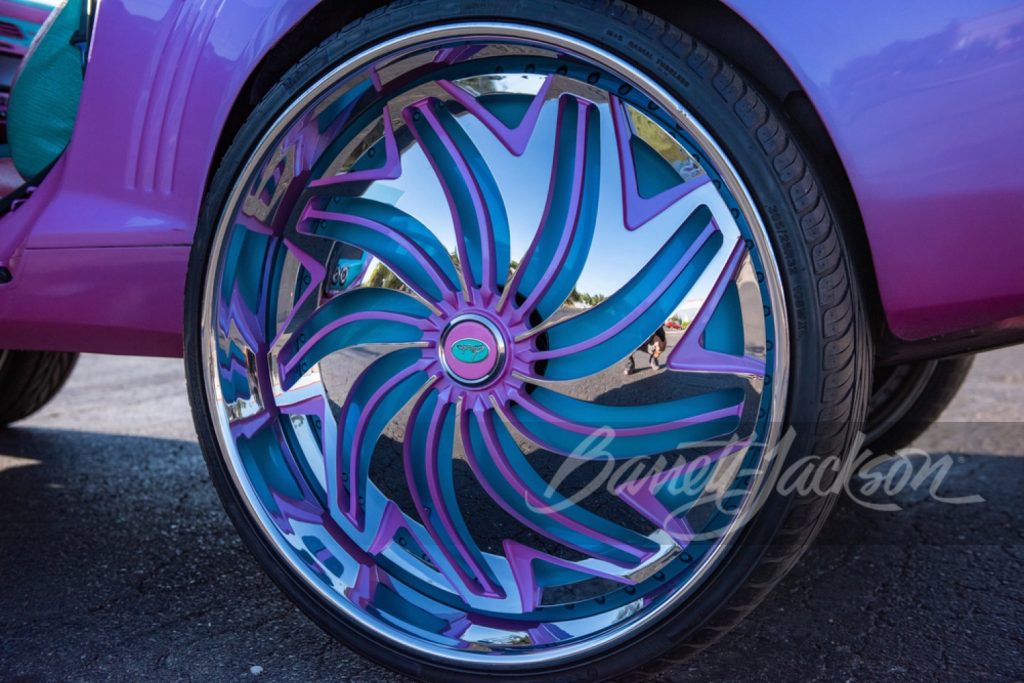 The bright two-tone candy color scheme was also applied to the cabin, with the dash, doors, center console, and more all finished in the same pink and blue hues. The seats are covered in Alligator hide upholstery, while a large fiberglass structure was added in the rear to house some massive speakers, complemented by a cutout in the shape of the Chevy Bow Tie badge. Additionally, the cabin space incorporates several televisions and monitors, two of which are right in the door panels. Even the trunk continues the custom theme. 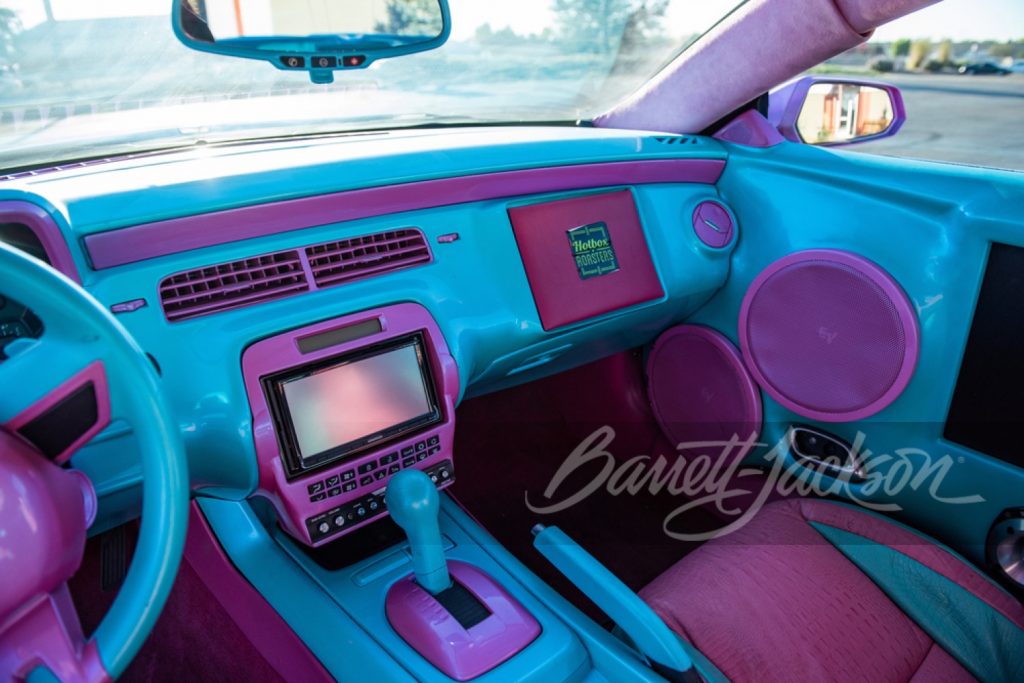 Under the hood, this custom 2010 Chevy Camaro runs the naturally aspirated 3.6L V6 gasoline engine, which was given a little extra spice with a custom engine cover. The V6 engine connects to the rear wheels through an automatic transmission. 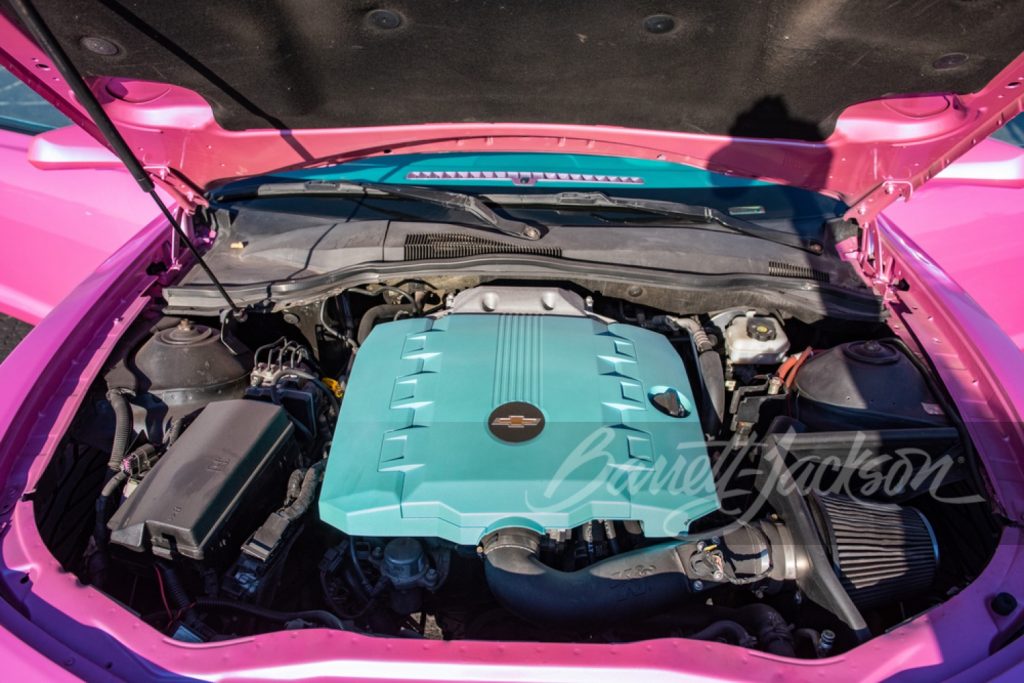 Now, this custom 2010 Chevy Camaro coupe is listed as lot number 517 at the Barrett-Jackson Scottsdale 2022 Auction, which is currently underway at WestWorld of Scottsdale. The vehicle is offered at no reserve. It’s also worth mentioning that, according to the listing, the Camaro was involved in an accident in 2010, which resulted in a “front or side impact with another motor vehicle, damage to front, disabling damage reported, airbag deployed.”