This 1988 Chevy Beretta race car is a genuine slice of Chevy IMSA history, offered as one of three examples built by Peerless Engineering for Cars & Concepts to compete in the IMSA 3.0-liter GTU class, with drivers Tommy Kendall and Max Jones on the roster. Now, it’s up for grabs in a new online auction. 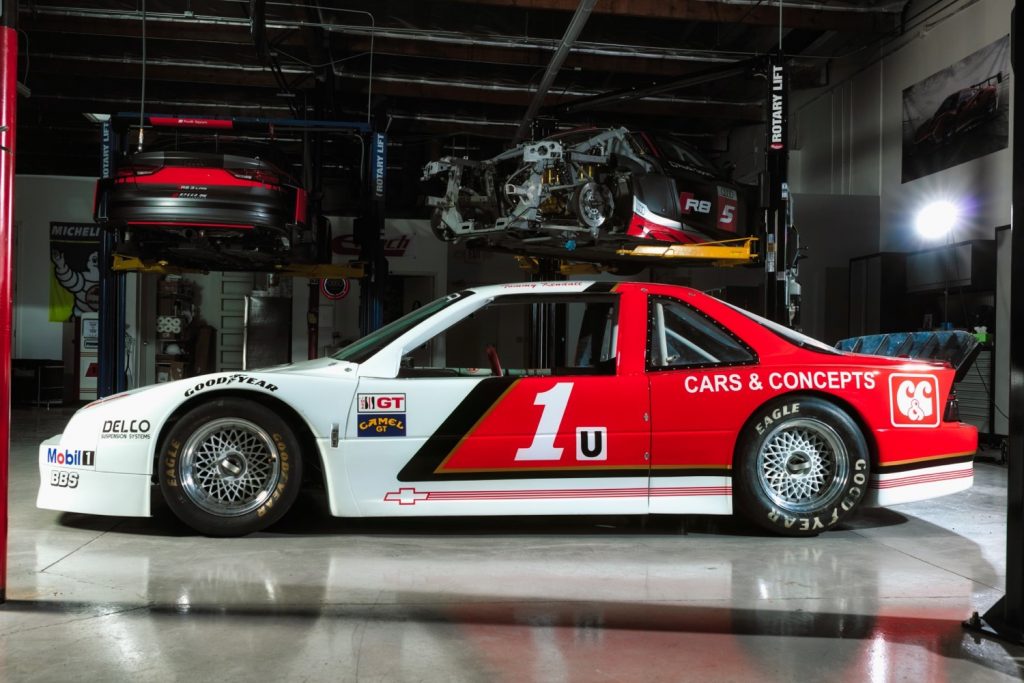 Cars & Concepts originally campaigned this car alongside two other examples built by Peerless Engineering for the under-3.0L GTU class in the 1988 IMSA season. This particular example was used for testing at Dana Test Center in Ottawa Lake, Michigan, as well as Sebring Raceway in Florida, and later used as a spare car by Tommy Kendall during his third consecutive championship-winning season. 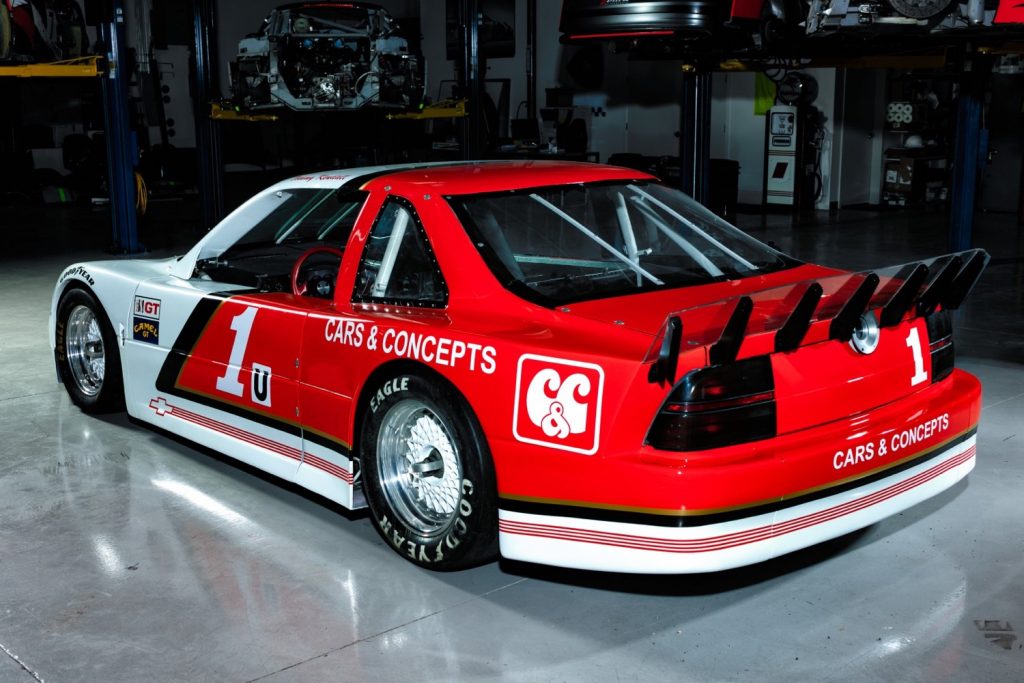 In 1989, the car received a new livery to promote the next season, but ended up retired as a new car was already in development. After retirement, this Chevy Beretta race car was fitted with a Trans Am body and went on display at the GM Heritage Center. The current owner, racing driver Tommy Thompson, purchased it in 2009. 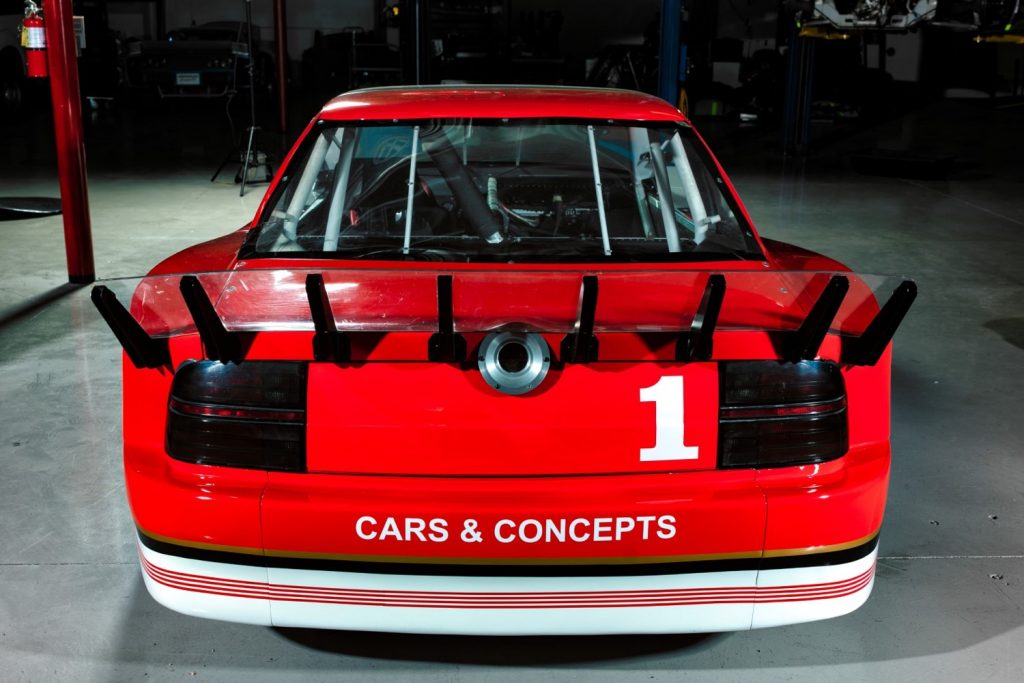 Outside is fiberglass bodywork with a red-and-white 1988 C&C Incorporated livery, as well as three-piece 16-inch center-lock wheels with white centers and March IndyCar-style nuts, plus Goodyear Eagle racing slicks. Under the skin is a carbon fiber tub and steel tube frame. 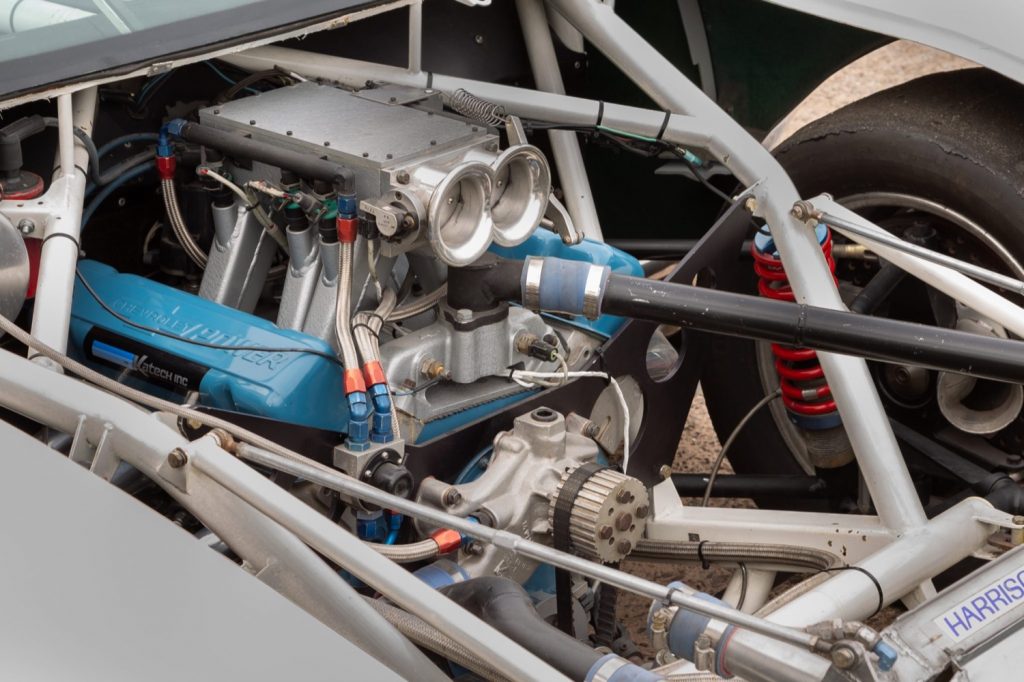 As for the greasy bits, this Chevy Beretta race car features a fuel-injected 3.0-liter V6 with a MoTeC engine management system. The ‘six connects to a Doug Nash five-speed manual transaxle and Posi-traction differential, plus a Frankland Quick Change rear axle. 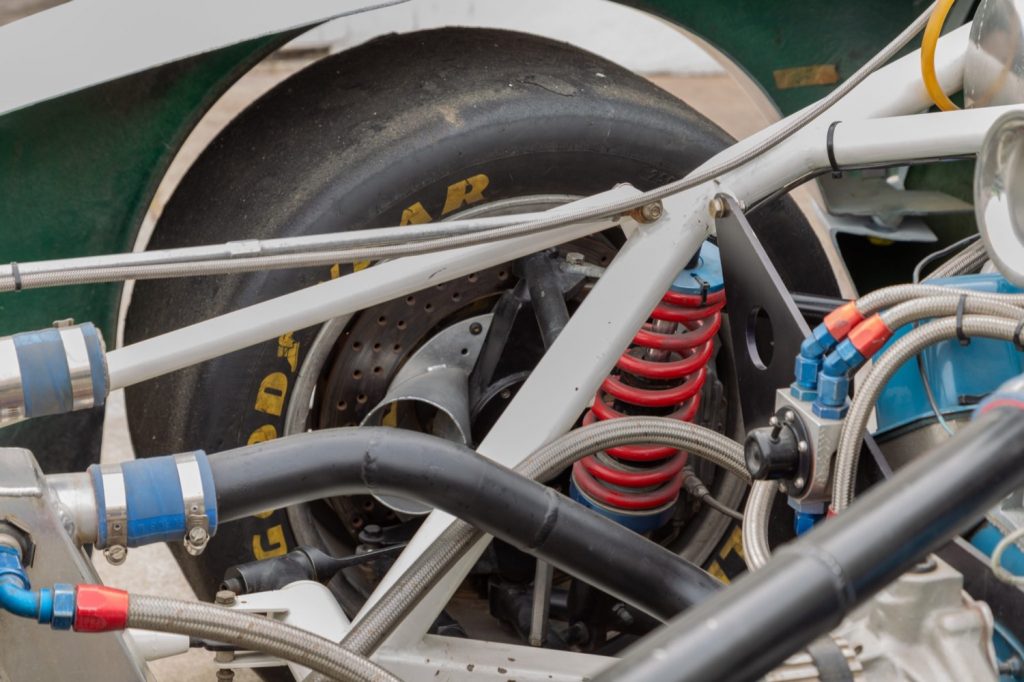 Hauling it down is a set of AP Racing brakes, including inboard rears, while CCR1000 computer-controlled Delco shocks keep it shiny side up. The cockpit includes a Recaro racing seat, a MOMO Personal Fittipaldi steering wheel, a custom dash, and a full roll cage. 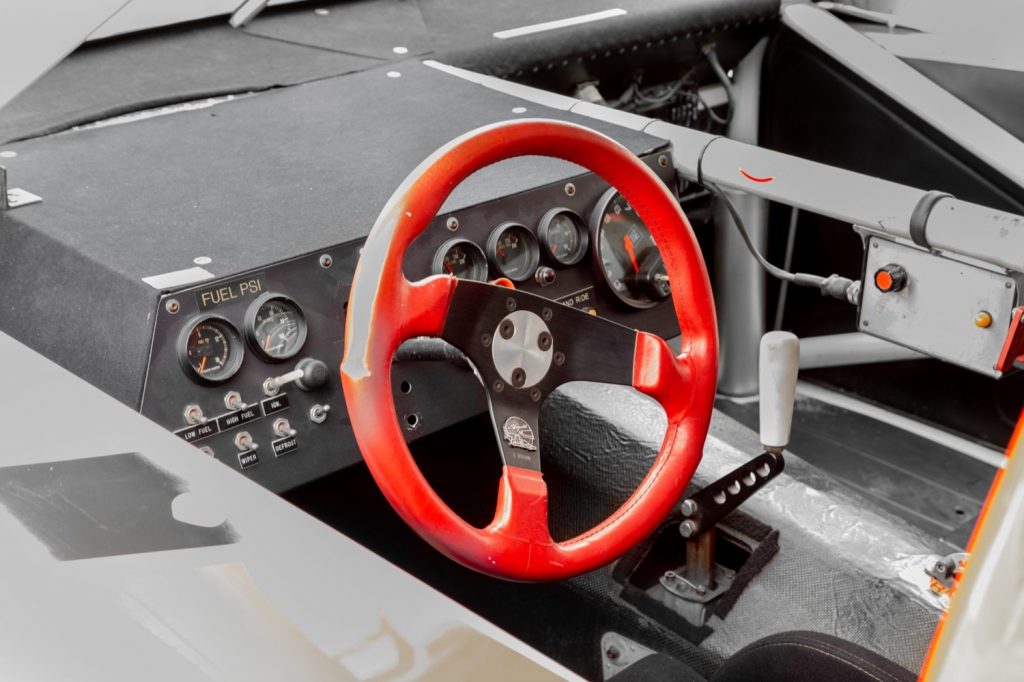 Now, this Chevy Beretta race car is up for sale on Bring A Trailer. The current highest bid of four placed is set at just $8,188, with four days left in the auction. It was previously offered on the same site back in 2019, but the final $50,000 failed to meet the reserve price. The vehicle is located in La Jolla, California.