Those of us car fans old enough to remember 1970s and 1980s television will remember a number of shows enhanced by the cars driven on them. The Dukes of Hazzard, Knight Rider, The A-Team, Hardcastle and McCormick, and Miami Vice were all shows many of us watched just to see the cars. If you liked the early-1980s Chevy pickup and GMC pickup, The Fall Guy was your show. 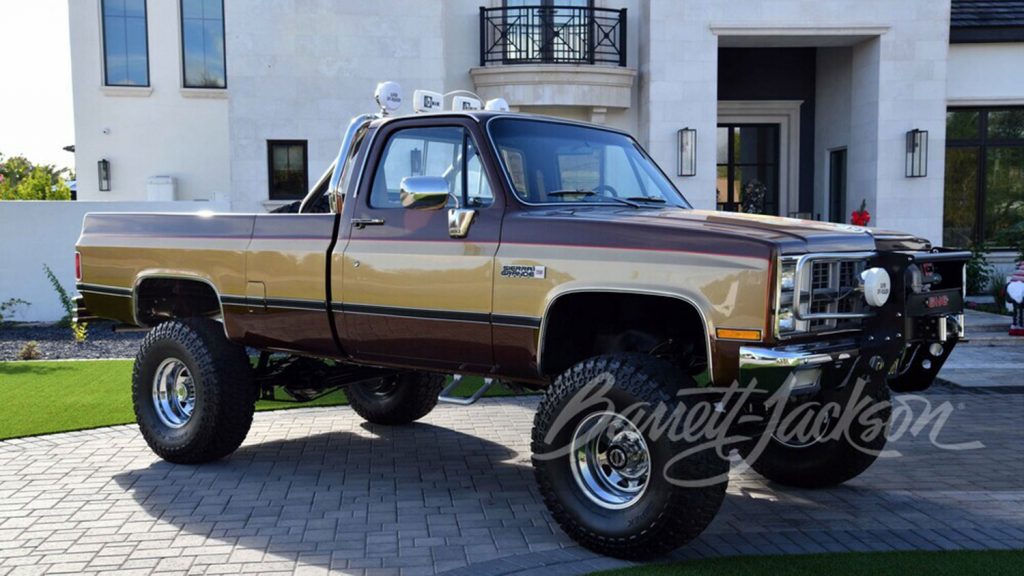 Running from November of 1981 to May of 1986, The Fall Guy was about Colt Severs, a Hollywood stunt man who supplemented his income by working as a part-time bounty hunter. Played by Lee Majors of Six Million Dollar Man fame, Severs drove a two-tone brown and gold 1980 GMC K2500 Sierra long bed pickup with a suspension lift and 35-inch Dick Cepek off-road tires mounted on eight-spoke chrome wagon wheels. It featured a chrome light bar with two round and two rectangular lights, a grille guard with Warn winch, and a secret compartment built into the bed for stashing bail jumpers. During the course of the show, the GMC pickup was jumped thirty-three times, usually over a conveniently placed dirt ramp. The show destroyed so many trucks, they eventually had to build a specialized mid-engine version just for the job. It had beefed up frame and suspension, and an 800-pound weight mounted in the bed to make sure it would fly properly. 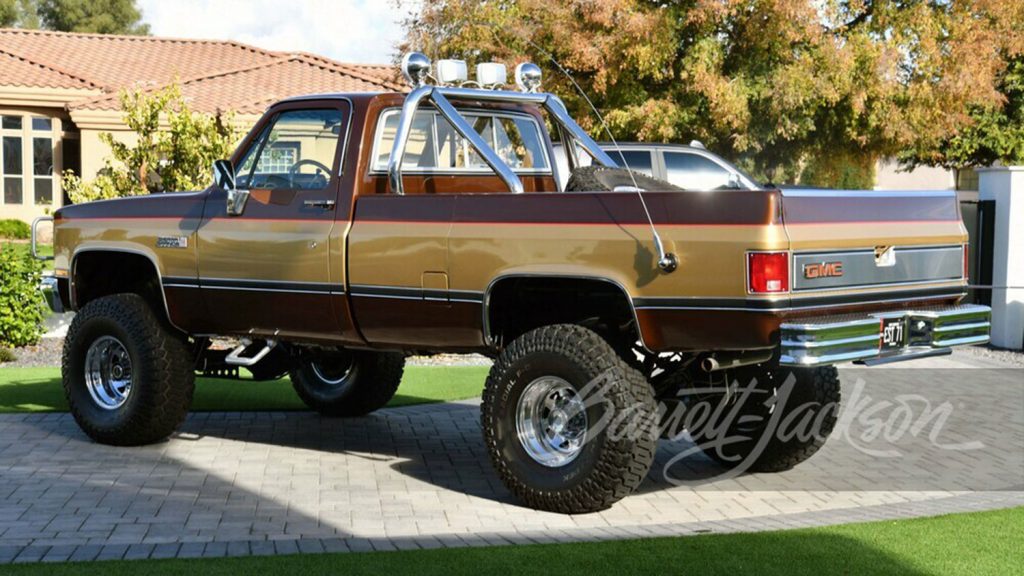 Our feature Chevy pickup is a faithful recreation of The Fall Guy’s GMC by the Indiana’s Vincennes University Automotive and Collision Repair students. Beginning with an original sheet metal Chevrolet K10 4×4, the customized cargo box was replicated. The Chevy pickup has a high-quality finish in the correct brown and gold two-tone paint scheme using Martin Senour Paints base coat/clear coat. It has been rebadged as a GMC K2500 Sierra Grande. Chrome bumpers front and rear are either new or refinished to a high standard. The custom-made brush guard has been fitted with six-inch round off-road lights, and there is a custom mount for the Warn 8274 winch. A chrome light bar has been mounted in the bed, with two rectangular and two six-inch round off-road lights. A spare wheel is mounted in the bed. A whip antenna is mounted on the driver’s rear fender and clipped to the light bar in the bed. The Chevy pickup stands tall with a six-inch suspension lift, chrome Stockton Wheel eight-spoke wagon wheels, and 35-inch Dick Cepek Fun Country off-road tires. The hood features a giant Fall Guy Stuntman Association decal. 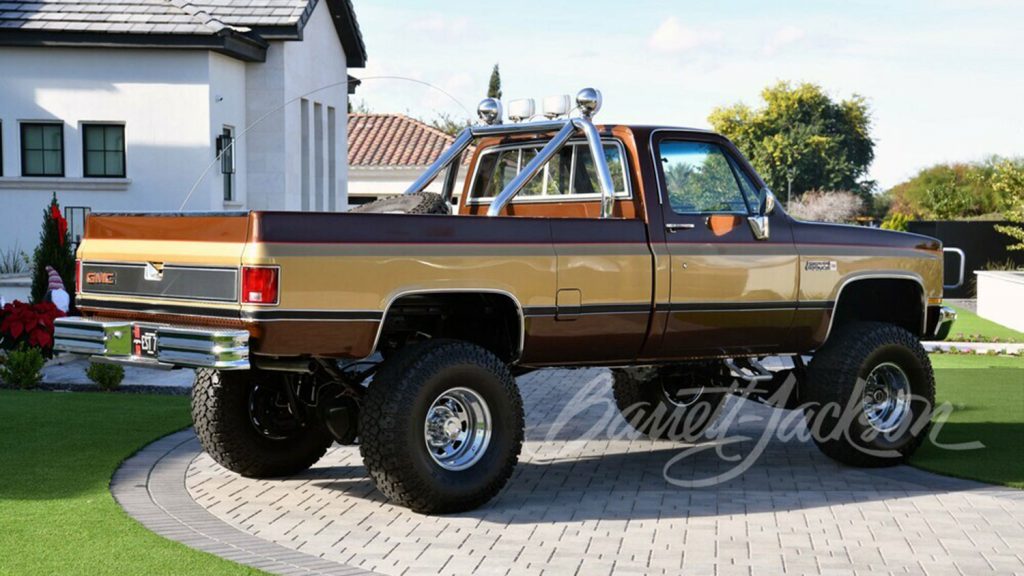 Inside the Chevy pickup, the interior has been returned to factory spec. The bench seat is upholstered in tan vinyl, and the floors are covered in tan carpet. There is a Cobra CB radio mounted on the dash just beneath the factory radio opening. The original radio has been replaced by a replica with AM/FM and CD capabilities. The glove box door has been signed by Lee Majors himself. 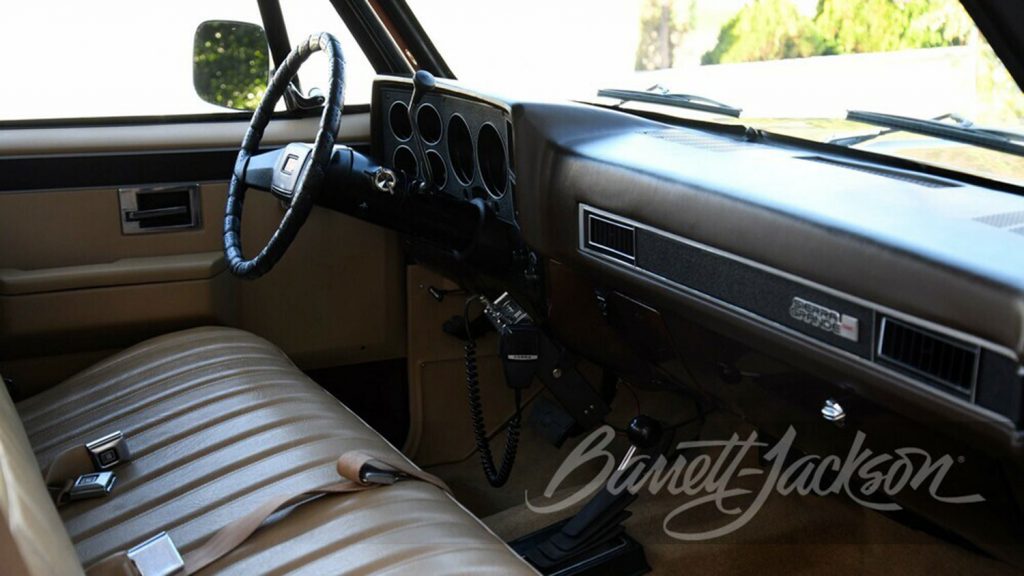 Powering the GMC pickup-restyled Chevy is a rebuilt 350 cubic-inch Small Block V8 fed by a four-barrel carb. The engine bay is nearly spotless. Power is fed to a Turbo-Hydramatic three-speed automatic transmission and a rebuilt NP208 transfer case. The axles have both been rebuilt, with a ten-bolt front and a fourteen bolt rear. 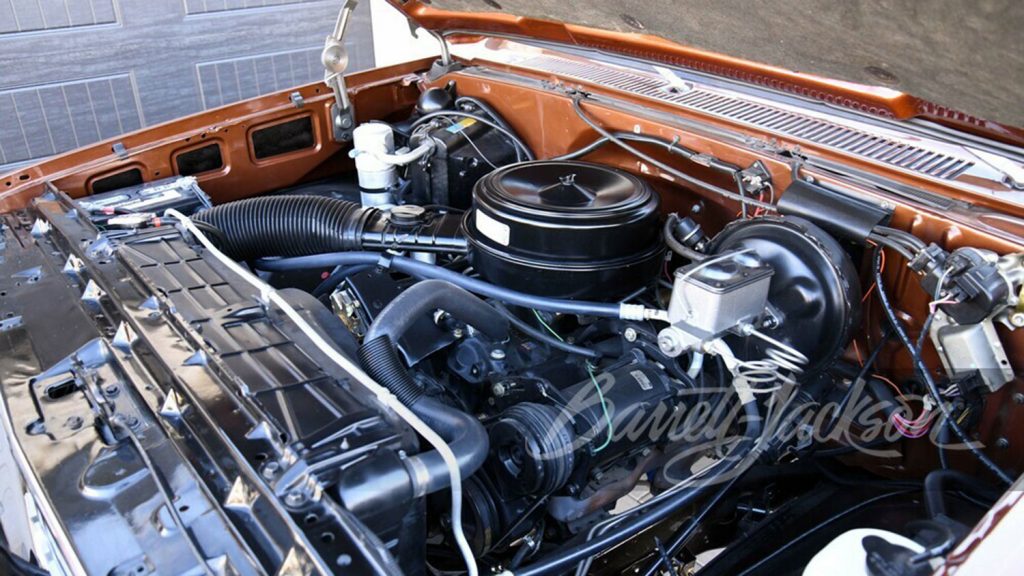 A large selection of The Fall Guy memorabilia will accompany the Chevy pickup, including cast autographs, toys, games, records, a show script and magazines. This cool Fall Guy replica will cross the auction block at the Barrett Jackson Scottsdale event taking place January 22nd through the 30th. 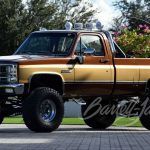 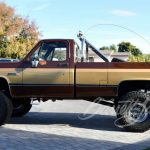 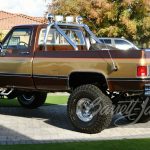 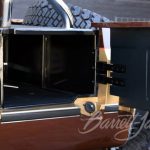 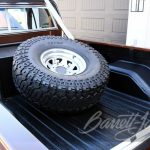 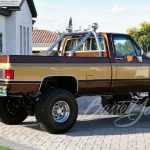 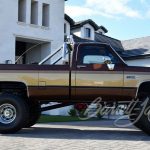 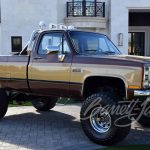 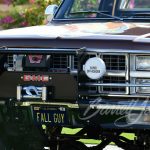 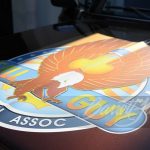 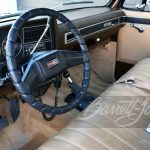 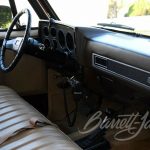 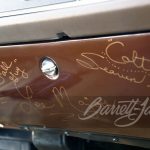 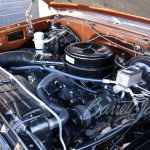 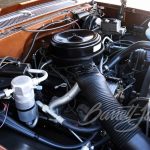