A unique cutaway 1969 Chevy Camaro display car known as ‘Double Header’ will be auctioned off by Barrett-Jackson at its Scottsdale 2022 sale later this month.

This display vehicle was built by General Motors to promote the 1969 Chevy Camaro at various stops on its Motorama auto show circuit. The cutaway promo car received the nickname ‘Double Header’ as the vehicle was shown with two front ends, one from a Small Block V8-powered RS/SS model and another from an inline six-cylinder base model. These two front ends would be positioned around the car on turntables, allowing the body to raise and actively interchange between the two front ends – providing showgoers with a look at both the RS/SS and the base model at the same time. 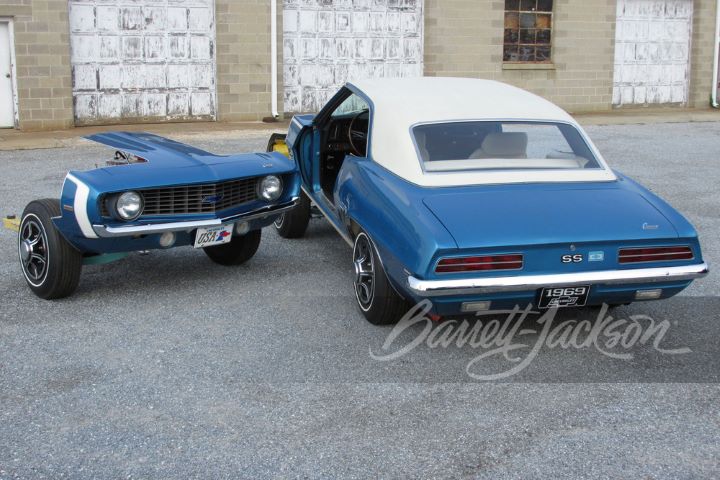 There are other unique aspects of this vehicle apart from the swappable front ends and cutaway body panels. For example, the trunk floor was heavily reinforced so that the body would remain rigid when the vehicle was raised up for the front ends up be switched. Much of the control circuitry for this display also still remains in the vehicle’s trunk and behind the front valance panel and it also comes with the original heavy cover that was used to ship the vehicle between Motorama locations. 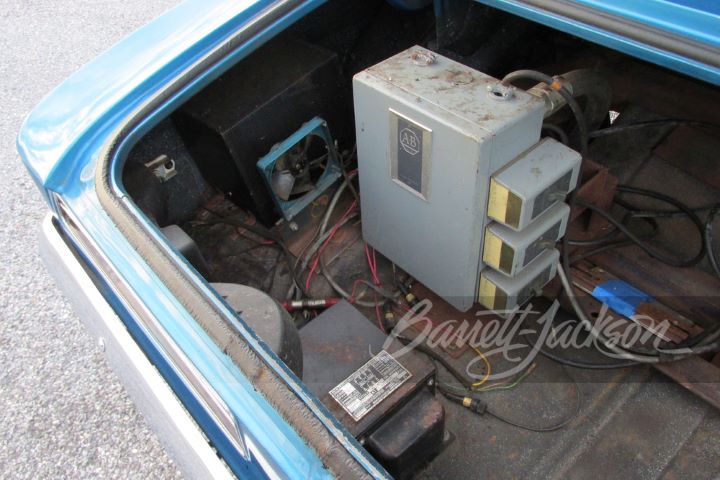 Much of this promo car remains all-original, with previous owners choosing to leave various dents, dings and scratches in the body to preserve the vehicle’s authenticity. The only non-original part is the six-cylinder front end, which was discarded by a previous owner at some point. A high-quality replica built using original GM parts was later commissioned, which was built using an original Chevy straight-six cutaway display engine that took more than ten years to track down. This replica front end will be sold with the vehicle when it crosses the auction block in Scottsdale later this month. 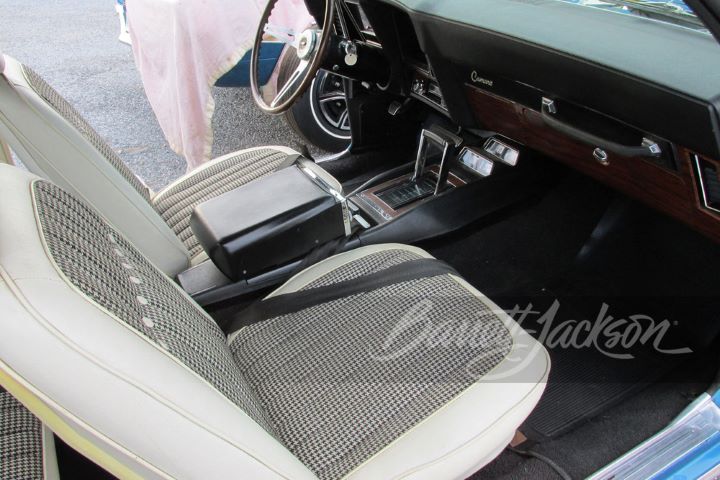 Considering this vehicle’s provenance, condition and relevance to GM history, we imagine it will attract a considerable amount of attention at Barrett-Jackson. Check out the auction listing at this link for more photos and information.