Cars like the 1968 Chevy Nova SS396 and 1971 Plymouth Cuda weren’t made to sit in a driveway – these machines need to be driven, and driven hard. Luckily for us, the owners of the two muscle machines in this matchup agree, taking their rides to the drag strip for three rounds of action. 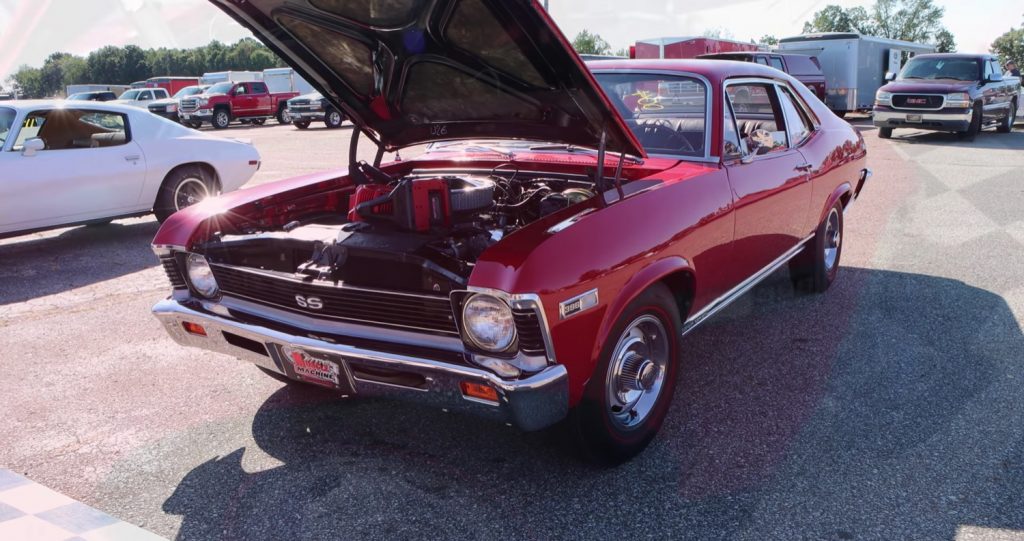 The video is once again coming to us from the Cars And Zebras YouTube channel, and keeps it clean with a walkaround on both vehicles and plenty of specs. For those of you only interested in the racing, it gets started around the 3-minute, 50-second mark. 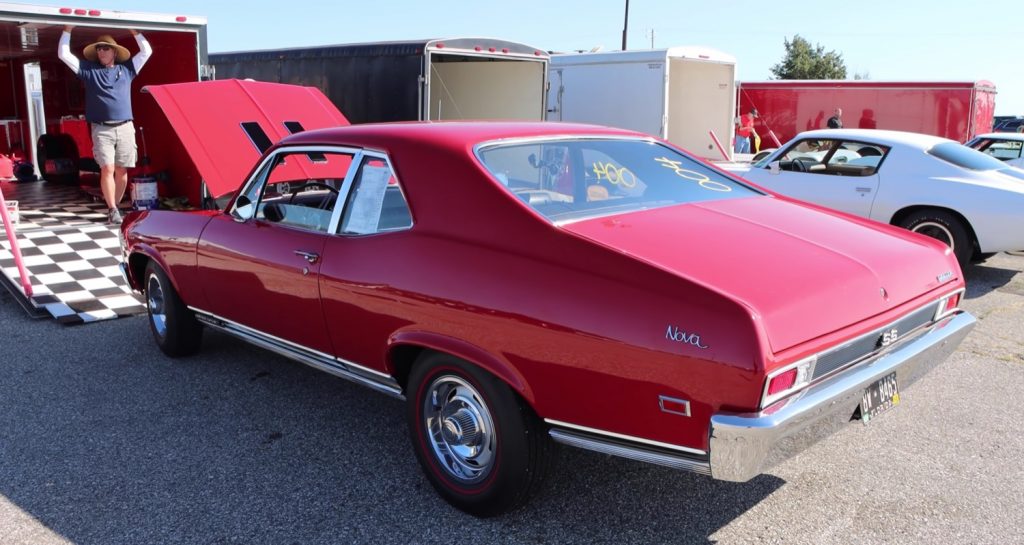 Let’s kick it off with some info on the 1968 Chevy Nova. Making the go in the Chevy is a 396 cubic-inch V8 engine, which was fitted with L89 aluminum heads, a lightweight upgrade that’s permitted under the drag class in which this Chevy Nova competes. Further highlights include forged internals, a solid lifter cam, a Holley 780 carb, and an aluminum intake manifold, as well as a compression ratio of 11.0:1 compression ratio. Output was rated at 375 horsepower at 5,600 rpm and 415 pound-feet of torque at 3,600 rpm, feeding a four-speed manual transmission and an aggressive set of 4.56 gears. Weight is estimated at 3,604 pounds with driver. 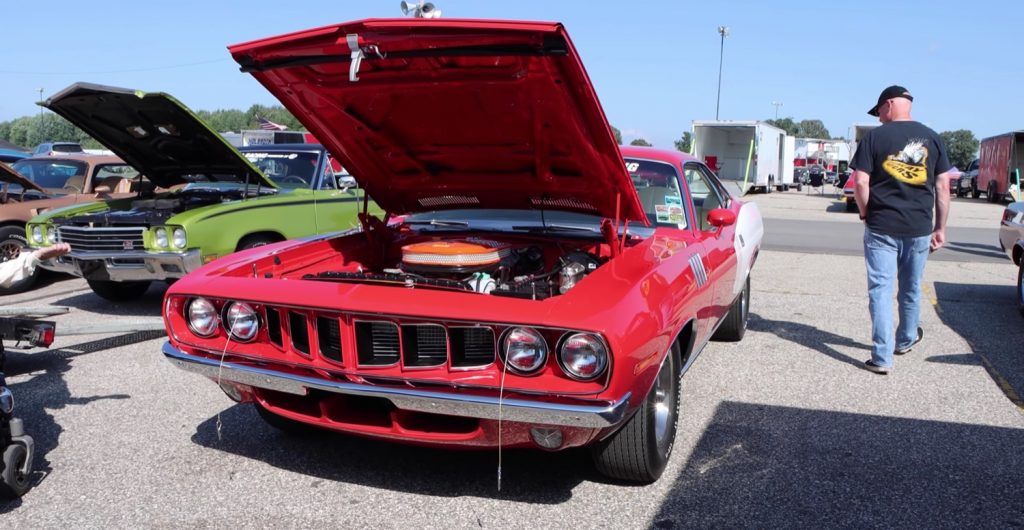 In the other lane is a 1971 Plymouth Cuda, which is motivated by a 440-6 barrel V8 with a compression ratio of 10.3:1 compression. Total output comes to 385 horsepower at 4,700 rpm and 490 pound-feet of torque at 3,200 rpm, which drives a three-speed automatic transmission and a set of 4.10 gears. That said, the Plymouth is pretty heavy, weighing an estimated 3,904 pounds with driver. 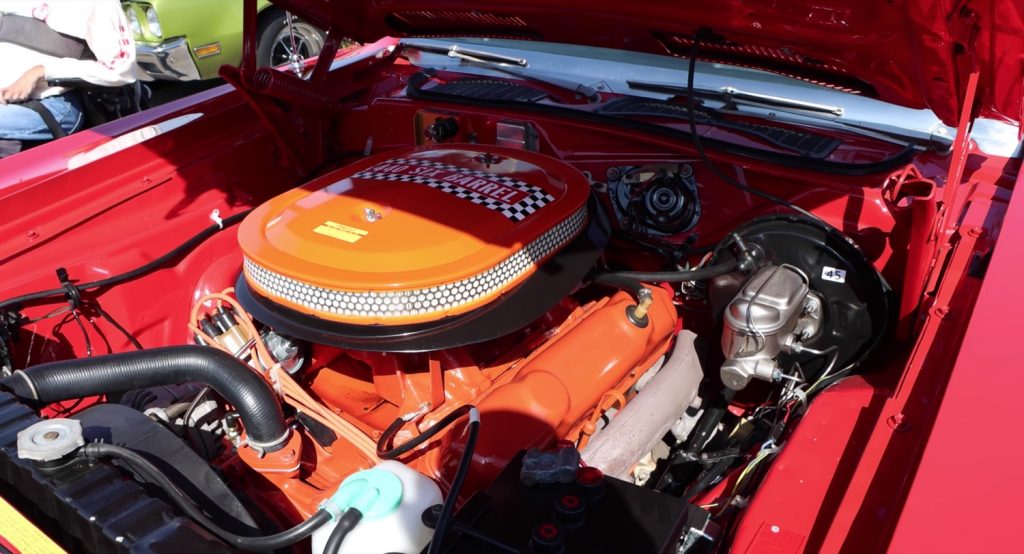 Both cars compete in the Pure Stock Muscle Car Drag Race series, which permits a few modifications to be made. All told, these two put up some good racing and go toe-to-toe for three rounds, so hit play to see it all go down: