Introduced in 1962 model year, the Chevy Nova was initially known as the Chevy II. The Nova moniker was among the top finalists for the car’s name, but lost out as it did not start with the letter “C.” The car would wear the Chevy II nameplate through 1968, with the model’s top trim level named the Nova. 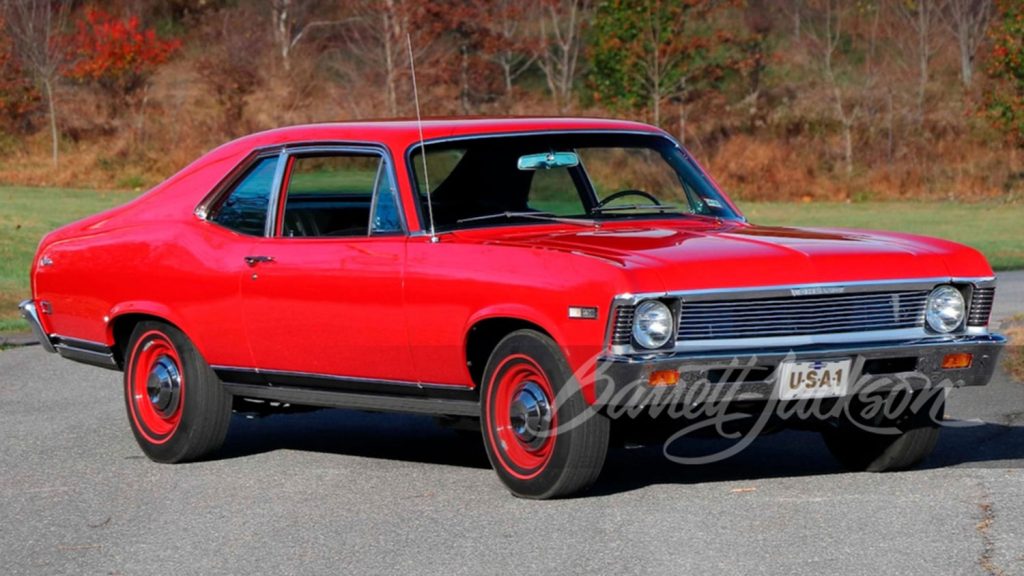 The Chevy II Nova was an economy car and direct competitor for the Ford Falcon. The first generation was replaced for the 1966 model year and the second generation lasted through 1967. For 1968, the previously compact Chevy II Nova received a full redesign and grew in size, looking much like a smaller version of the Chevelle. The wheelbase was lengthened to 111 inches, and overall length was just shy of the midsize Chevelle. 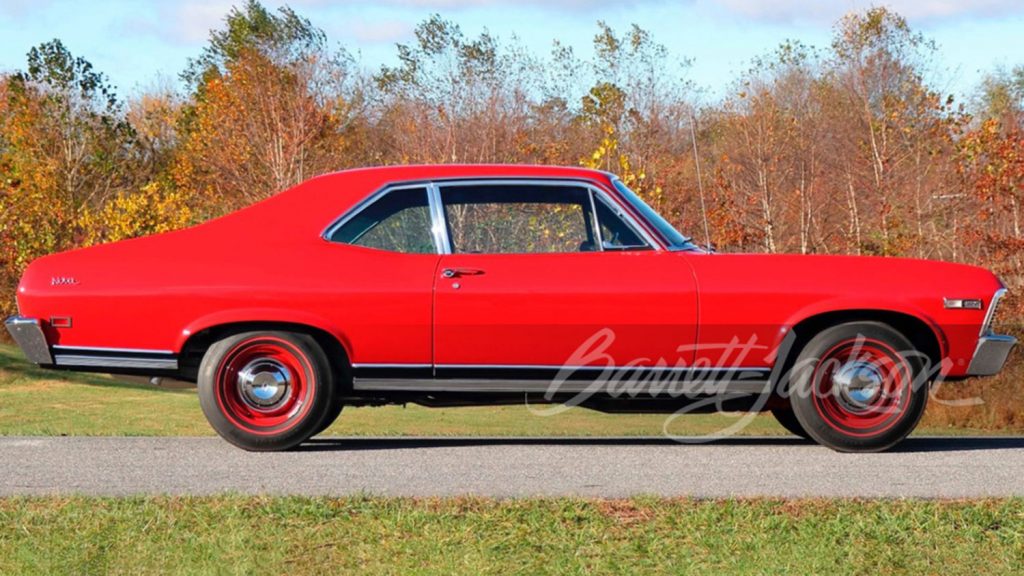 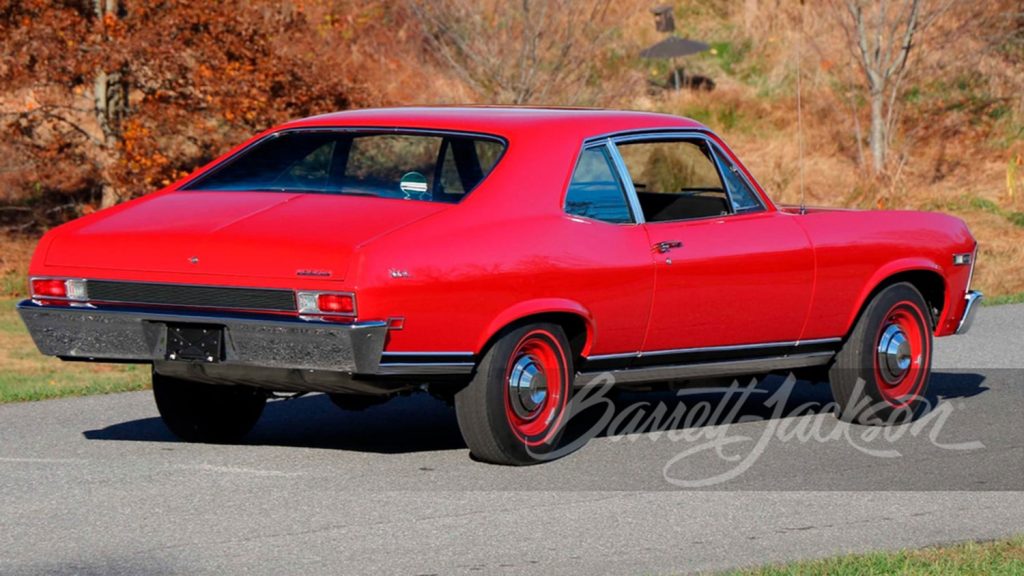 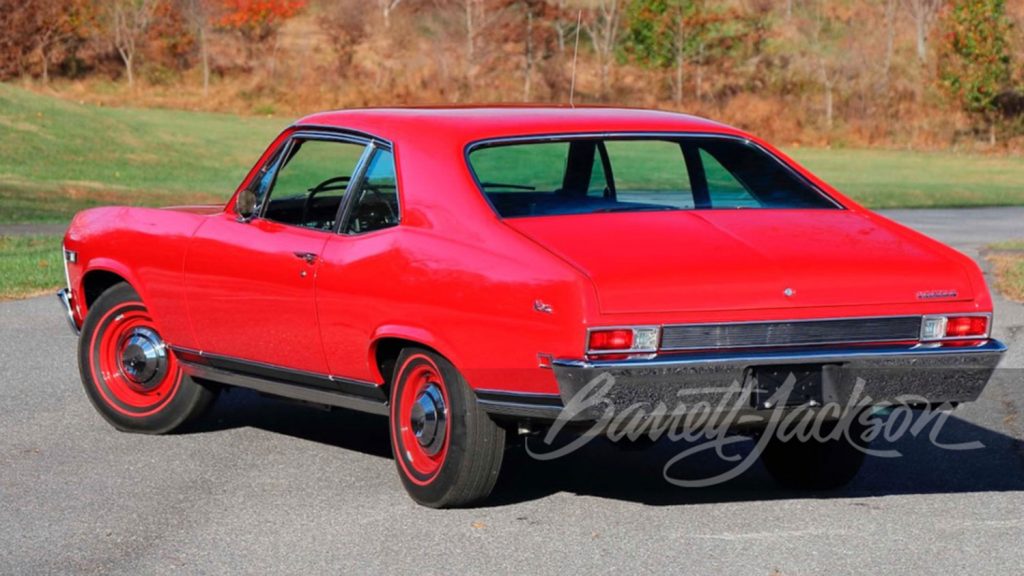 The Chevy II Nova has a glossy finish in its factory Matador Red hue. Front and rear bumpers appear to have been either re-plated or replaced when the car was restored. Panel gaps are consistent with build quality of the period. Stainless trim is well polished and gleams in the sun. Glass and weatherstrip both present as new. 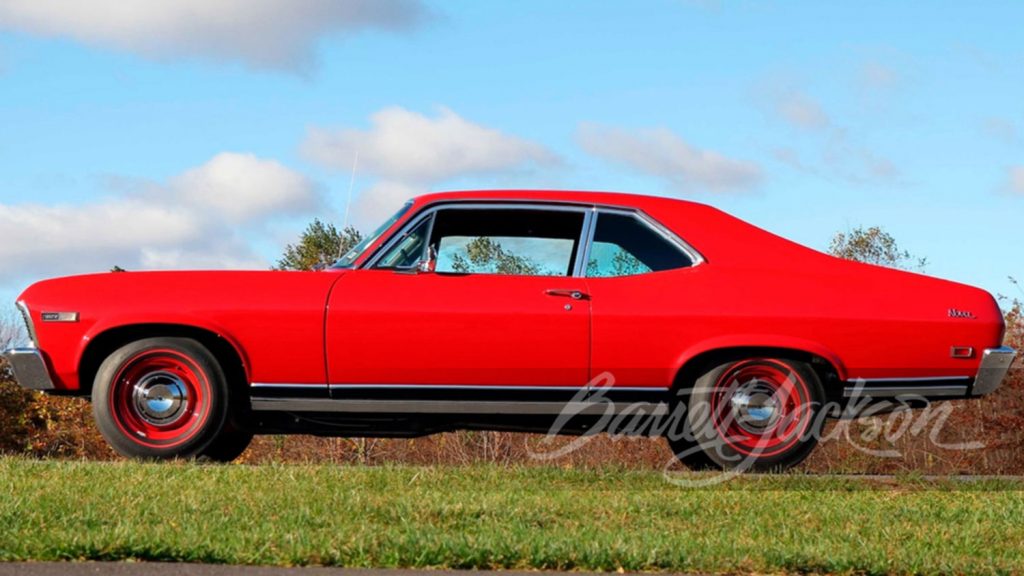 Inside the Chevy II Nova, the black interior is pristine. The black vinyl bench shows no signs of wrinkling or creasing. Carpets are all colorfast and wear-free. The original AM radio is still fitted in the dash. The interior appears showroom fresh, save for two small auxiliary gauges just beneath the dash. 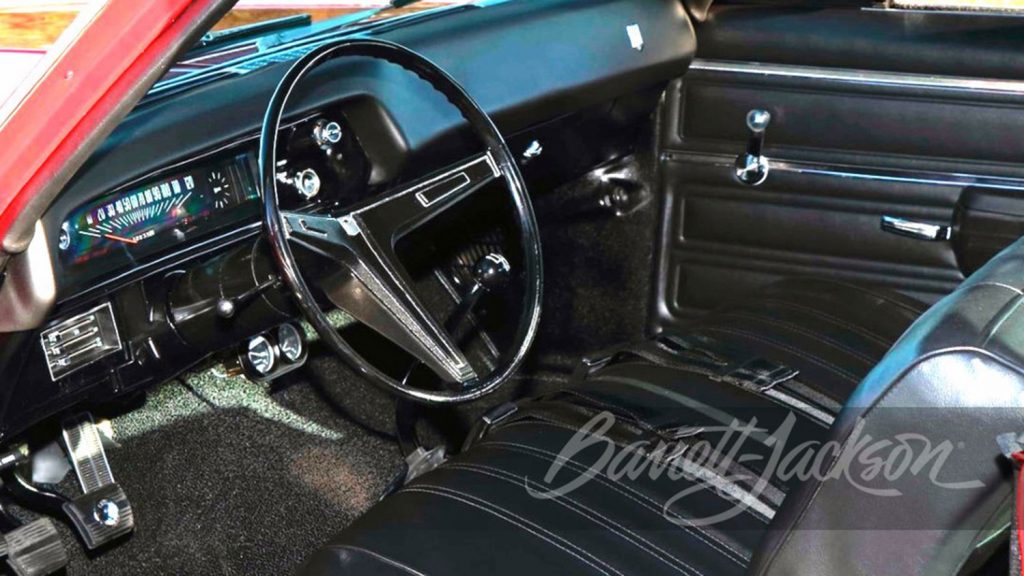 The engine compartment of the Chevy II Nova is spotless as one would expect from a quality restoration. Finishes and components all appear correct, as if this slick little sleeper was fresh from the assembly line. The eagle-eyed will spot the correct battery. 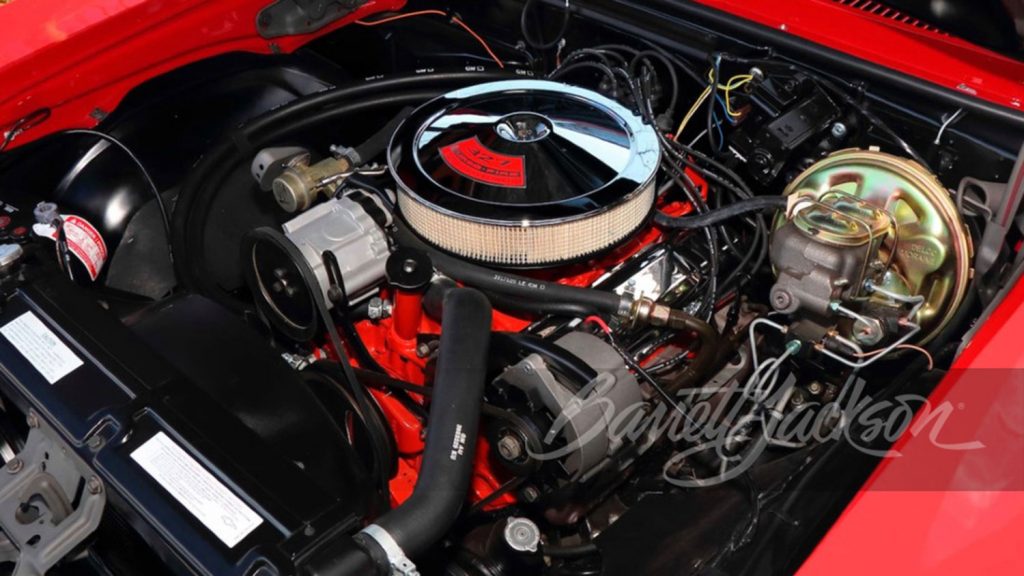 This Chevy II Nova comes with a partial build sheet, correct jack and spare, and a full restoration photo album. It will cross the auction block next week at the Barrett-Jackson auction in Scottsdale, Arizona. 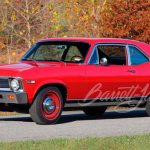 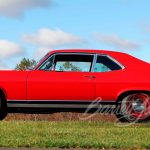 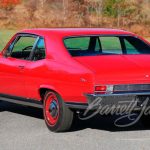 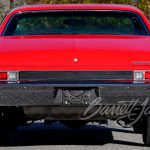 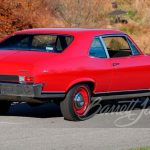 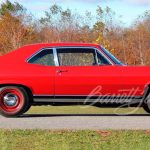 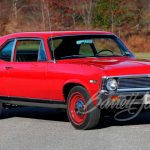 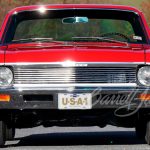 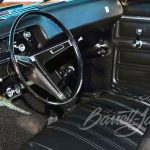 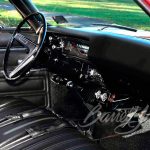 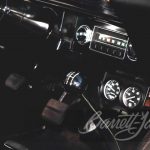 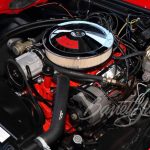 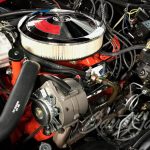 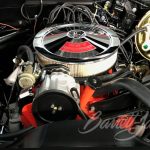