Intended to be a competition car, the Chevy Corvette L88 was built for absolute performance. With a 427 cubic-inch iron Big Block, four-bolt mains, forged steel crank, forged rods, 12.5:1 compression, a radical solid lifter cam, Holley 850-cfm carb, transistorized ignition, and an aluminum intake, the L88 was all business. Chevy rated the L88 at 430 horsepower, but a bit of tuning and a set of headers would easily yield 550 to 600 horsepower. 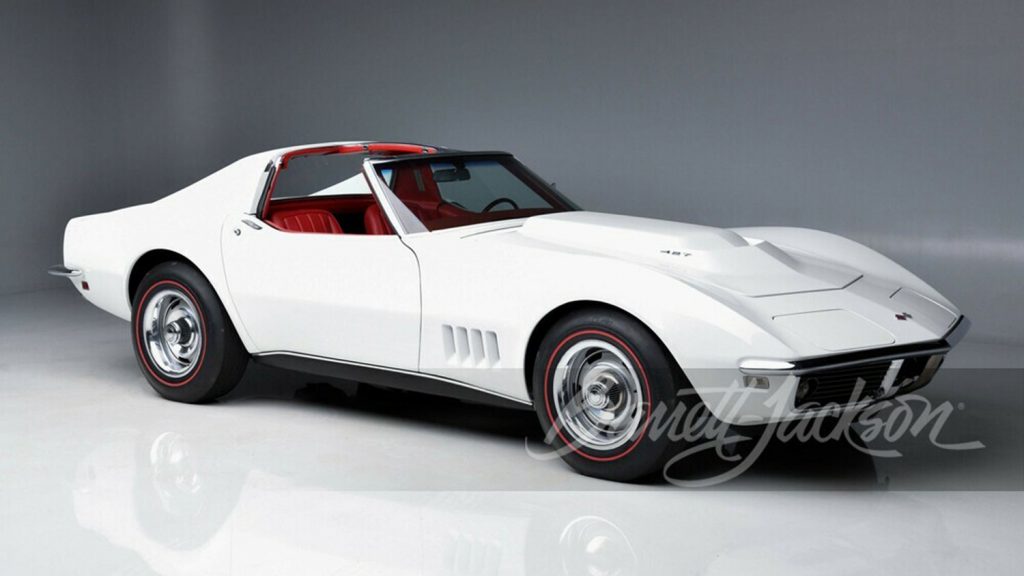 The L88 option could not be had with air conditioning, radio, power steering or electric windows. It did, however, require the addition of a number of other options, such as heavy-duty power disc brakes, F41 Special Front and Rear suspension, and a Positraction rear differential. The L88 came only with the Muncie M22 “Rock Crusher” transmission in 1967, and either the Muncie or a Turbo-Hydramatic three-speed automatic in 1968 and 1969. The Corvette L88 was only built for three years, with only twenty built in 1967, eighty in 1968, and 116 in 1969. This makes it one of the rarest Corvettes. 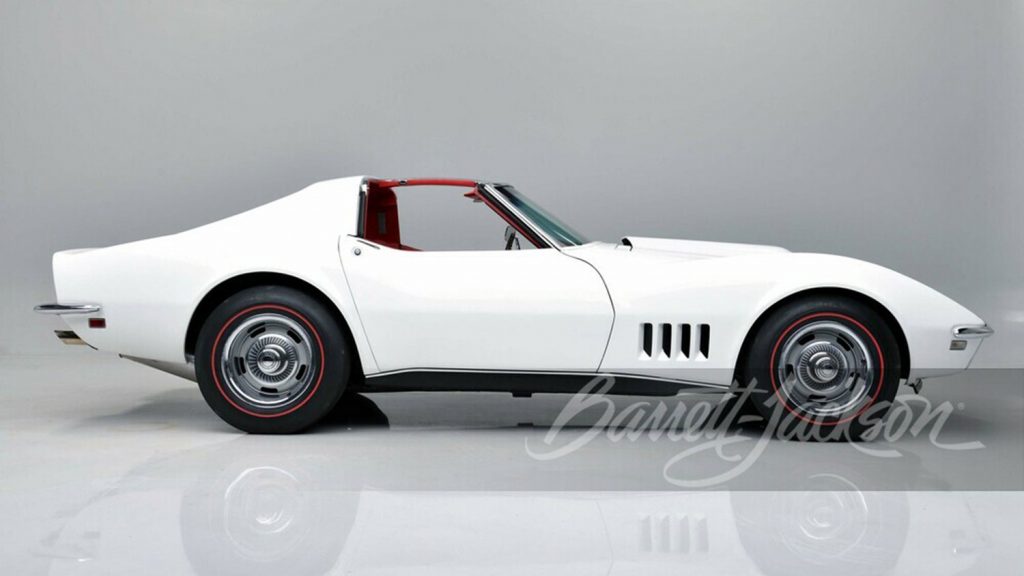 Our feature 1968 Chevy Corvette L88 coupe has been re-finished in its factory Polar White hue and original red leather interior. It has covered just twenty-five thousand miles from new. The 427 Big Block has been rebuilt, and is backed by the Muncie M22 “Rock Crusher” manual transmission. 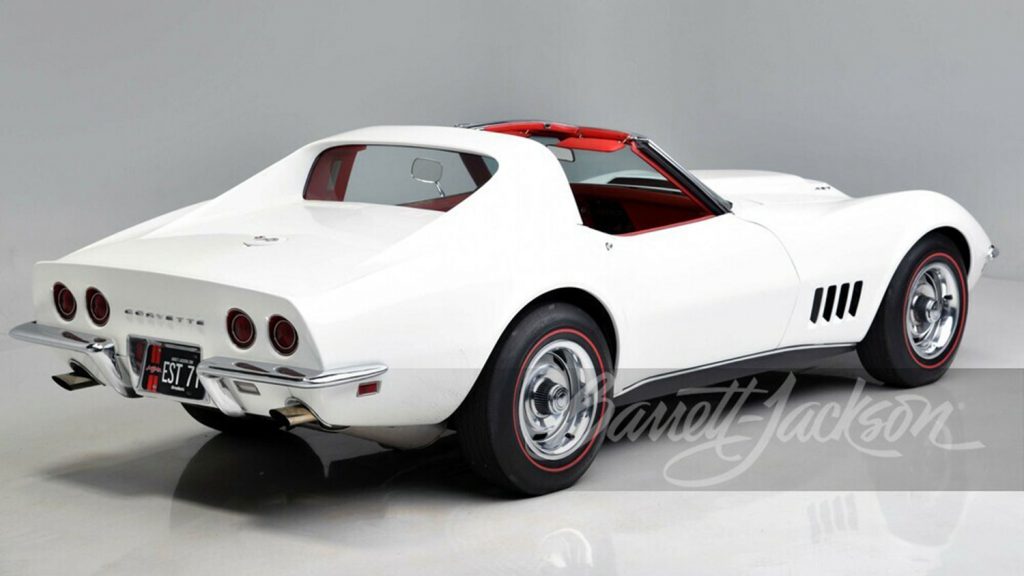 The Chevy Corvette presents beautifully in glossy Polar White. Chrome bumpers gleam under light, and stainless trim looks to be well polished. Glass and weatherstrip present well. Painted steel Rally wheels wear polished trim rings and center caps, and are shod in reproduction redline bias-ply tires. The 1968 is easily distinguishable from the 1969 by its pushbutton doors. 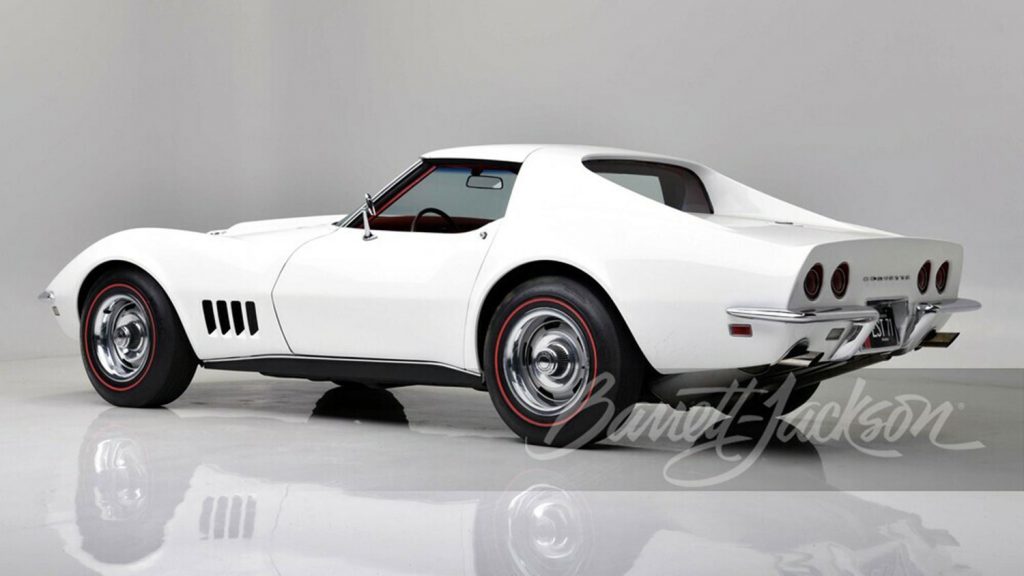 Inside the Corvette L88 is a sumptuous, brilliant red interior. Seats appear nearly new, with no appreciable wear noted. Another distinguishing 1968 Corvette trait is the lack of map pockets on the passenger-side dash. Carpets are colorfast, and the dash top is free from cracks. 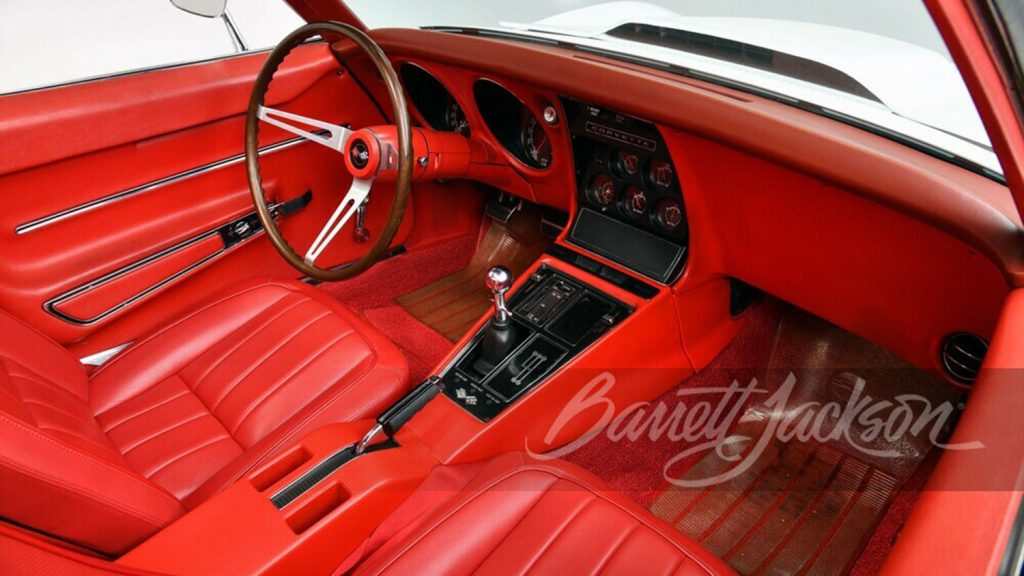 Beneath the Chevy Corvette Big Block hood is the legendary L88 427. The rat cage cover is in place in lieu of the standard air filter. Massive chrome valve covers are a dead giveaway that this is no mouse motor. There is no ignition shielding, as there is no radio to shield from ignition whine. The engine bay is mostly clean, with correct components in place. 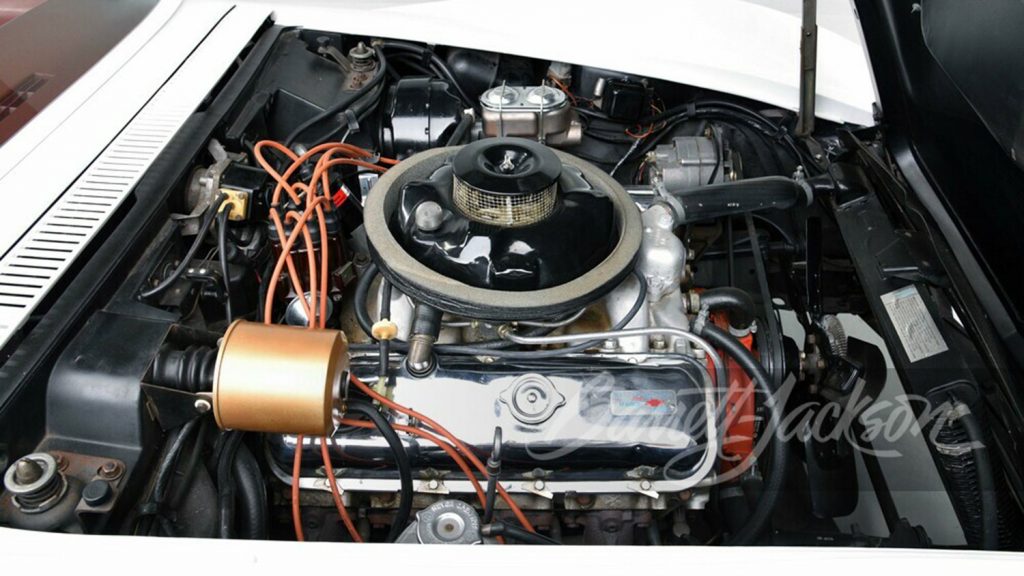 Included in the sale of this Chevy Corvette L88 coupe is the original build sheet, and unused original spare.

This exceedingly rare beast of a Chevy Corvette is up for grabs at the Barrett-Jackson Scottsdale event. 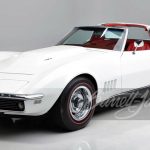 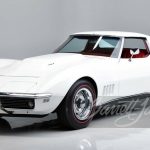 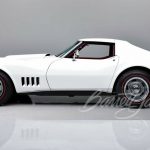 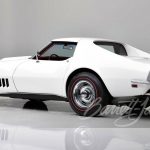 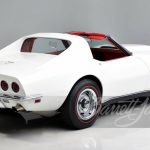 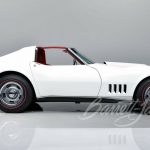 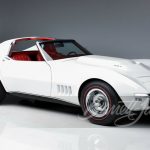 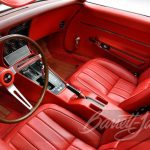 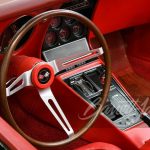 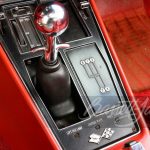 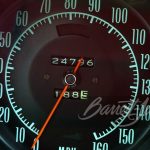 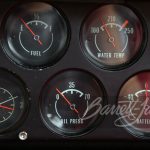 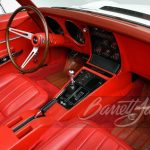 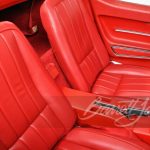 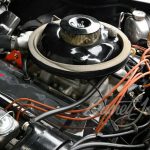 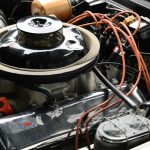 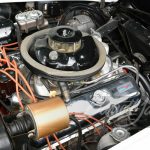 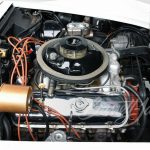