This 1958 Chevy Apache pickup looks every inch like a classic, but under the hood, the truck was fitted with new electrified components by Conductive Classics, and is now known as the Chevrolet E-Apache. 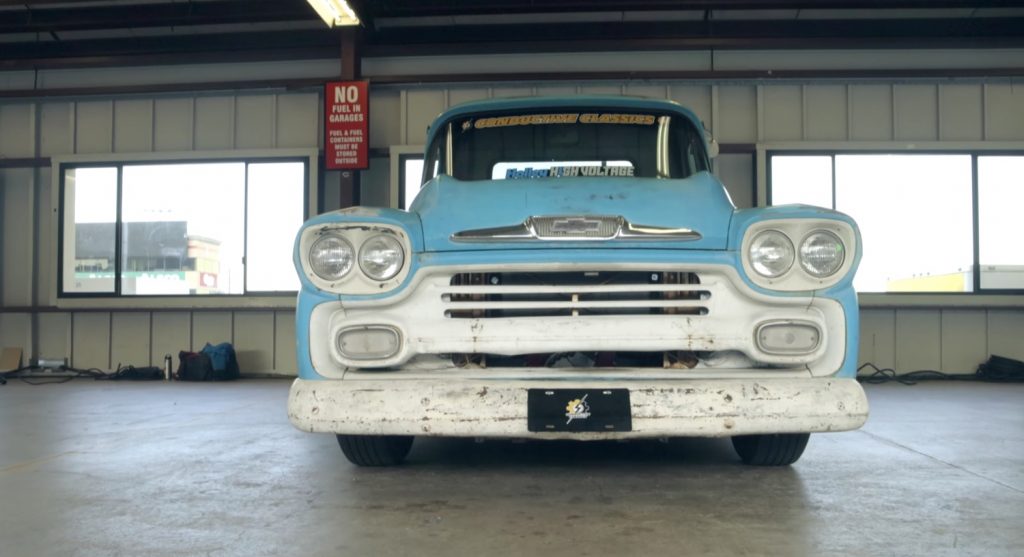 The upgraded Conductive Classics Chevy Apache was spotted at the recent Holley High Voltage show at Sonoma Raceway, as seen in the following brief feature video.

The pickup was originally a farm truck from Montana, which the builders found on craigslist. The outside shows a lovely patina, while under the hood, the Chevy Apache was running the original six-cylinder engine. The builders were initially thinking about doing an LS swap, but after looking at all the EV stuff that was coming out, they decided to drop in an electric powertrain instead. 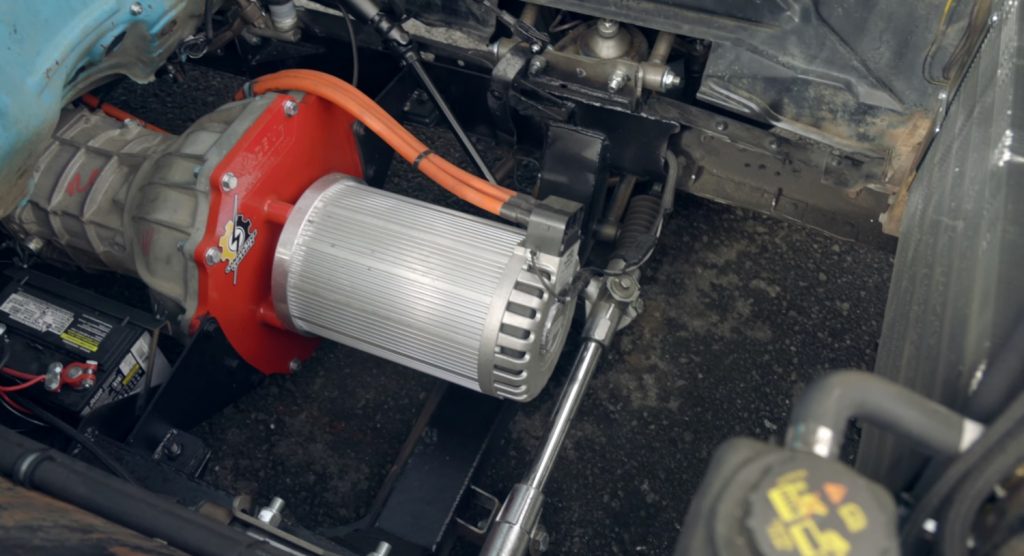 Interestingly, this Chevy Apache still has a manual transmission.

“We didn’t want to go direct drive on this,” says Shane from Conductive Classics. “We wanted it to have a transmission, we wanted it to be a driving experience, we wanted you to be able to shift the gears.”

As such, the front-mounted electric motor connects to a five-speed transmission, which feeds the factory rear end. In fact, everything behind the transmission is as it was in 1958. 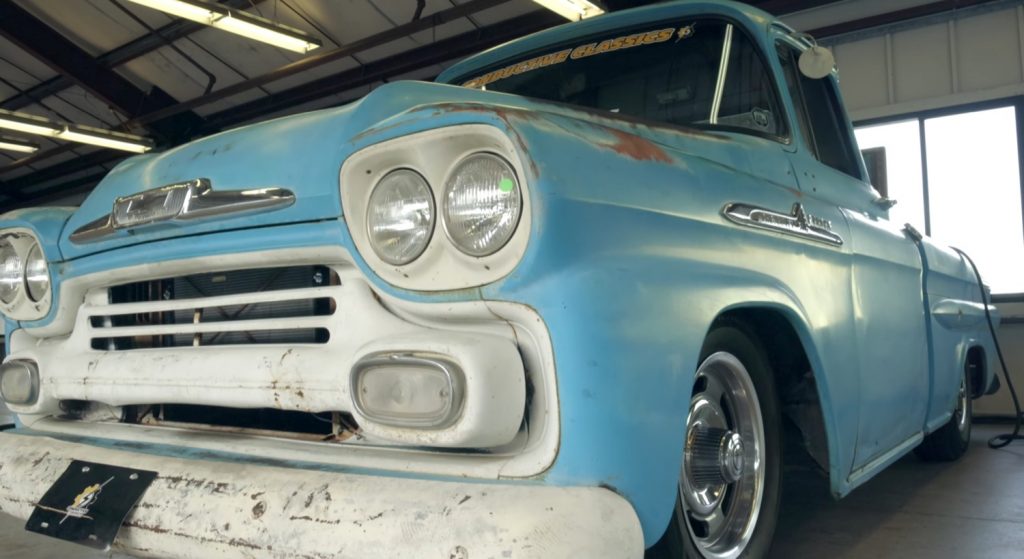 Up front, however, is a Hyper 9 electric motor, which looks extremely compact in the engine bay. The new components mount up using a bevy of new custom pieces, all of which were fabricated in-house. Meanwhile, the front end incorporates a full TCI coilover suspension system, plus disc brakes.

Further EV components were mounted in the rear toolbox to keep them hidden and out of sight. That includes the charger, motor control unit, BMS, and converter. 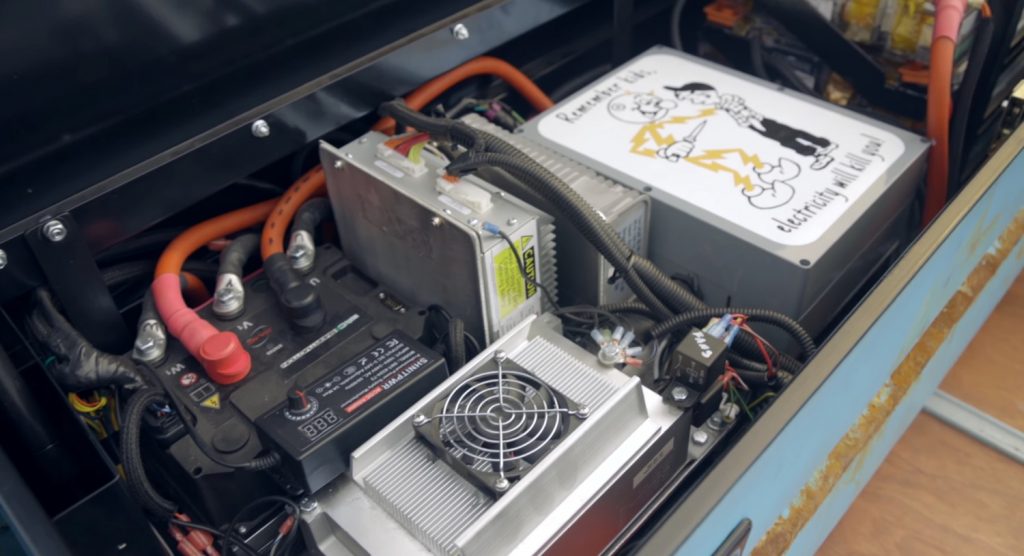 It looks like a very clean install, but the build goes a bit deeper than that. In fact, the folks at Conductive Classics hope to provide the pieces needed to make sure these vehicles aren’t retired in the long run.

“Our real goal with these is just to keep these cars on the road,” says Mike from Conductive Classics. “The older cars are going to fade away to electric power, and if someone doesn’t come up with a way to keep them on the road, then they just won’t be around anymore.”

Check out the build by hitting play right here: