A Chevy dealer representative took a few snapshots of a truckload of 2023 Corvette Z06 units loaded onto a car hauler this week, giving us some of the first real-world photos of the new mid-engine supercar without any camouflage applied to it. 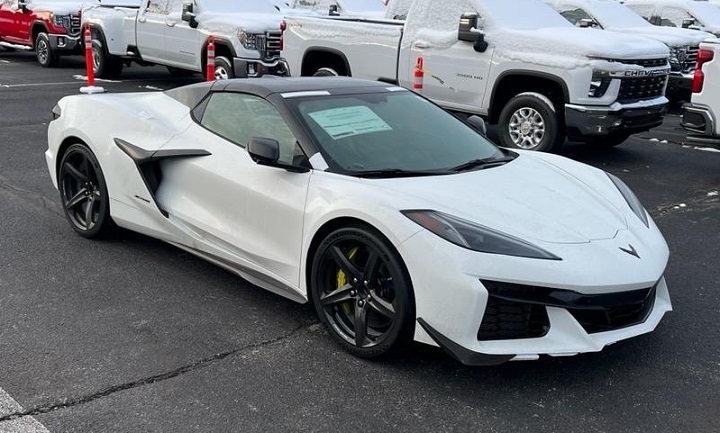 These Corvette Z06 units are not being dropped at the dealership the rep works at, as customer deliveries of the vehicle will not begin until next year. Instead, these cars are allegedly headed to the GM Milford Proving Ground in Michigan, where engineers will continue the Z06’s development process on the facility’s sprawling private test track. Milford is also home to more than 140 miles worth of roadway to help engineers mimic real-world driving scenarios. 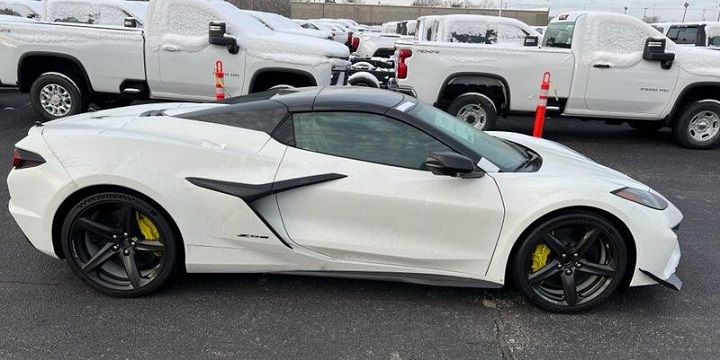 These 2023 Corvette Z06 units will no doubt spend some time on the so-called ‘Lutz Ring at Milford – a 2.9-mile, 17-turn road course that was designed specifically to push a vehicle’s powertrain, suspension and brakes to the absolute limit. The Lutz Ring, as the name suggests, is the brainchild of former GM chairman Bob Lutz, who wanted a racetrack that emulated sections of some of the world’s most challenging racetracks to help improve the handling and ride comfort of GM vehicles. 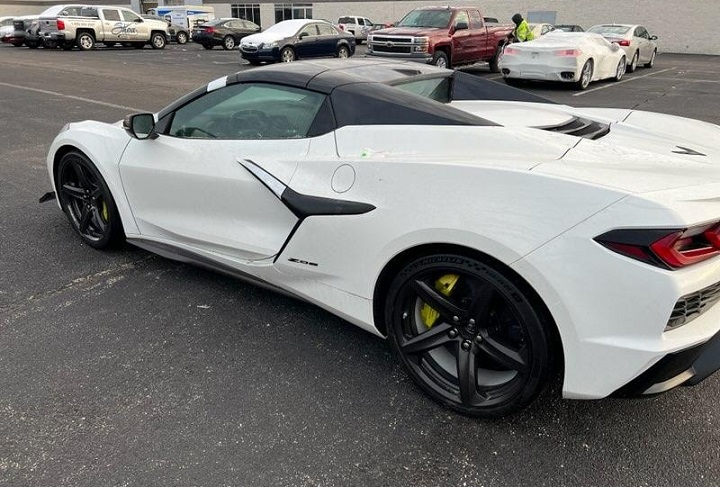 Engineers are also sure to have a bit of fun with the new C8 Corvette Z06 at Milford. After all, the supercar is powered by a naturally aspirated 5.5L LT6 V8, which produces a healthy 670 horsepower and 460 pound-feet of torque, with the redline set at a sky-high 8,600 rpm. Output is routed rearwards through an eight-speed dual-clutch transmission, enabling it to hustle from zero to 60 mph in about 2.7 seconds. 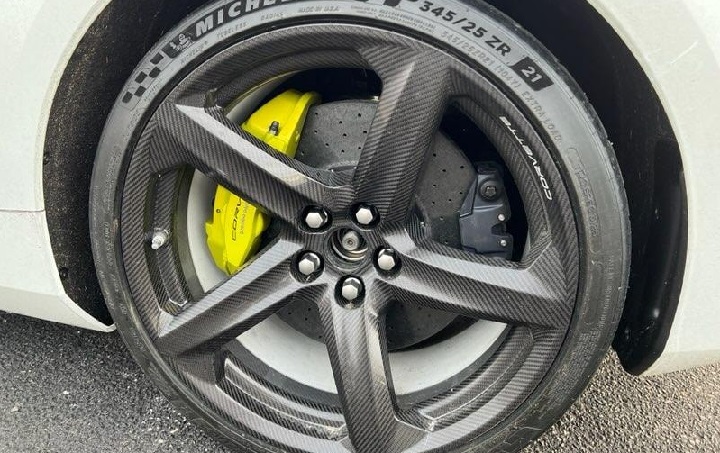 A handful of these prototypes also appear to be equipped with the available Z07 Performance Package, which enhances the performance ceiling of the 2023 Corvette Z06 with aerodynamic add-ons, sticker Sport Cup 2 R ZP tires, a more robust performance braking setup with carbon ceramic rotors and FE7 suspension with specific calibrations for the Magnetic Ride Control 4.0 dampers. Models equipped with the Z07 Performance Package can also be equipped with lightweight carbon fiber wheels (shown on the Arctic White-painted model above) – which significantly reduce the vehicle’s unsprung mass to improve steering responsiveness and handling.