Japanese automotive giant Toyota released details on its battery-electric vehicle strategy this week, which will see it introduce 30 EV models across its Toyota and Lexus brands globally by 2030. 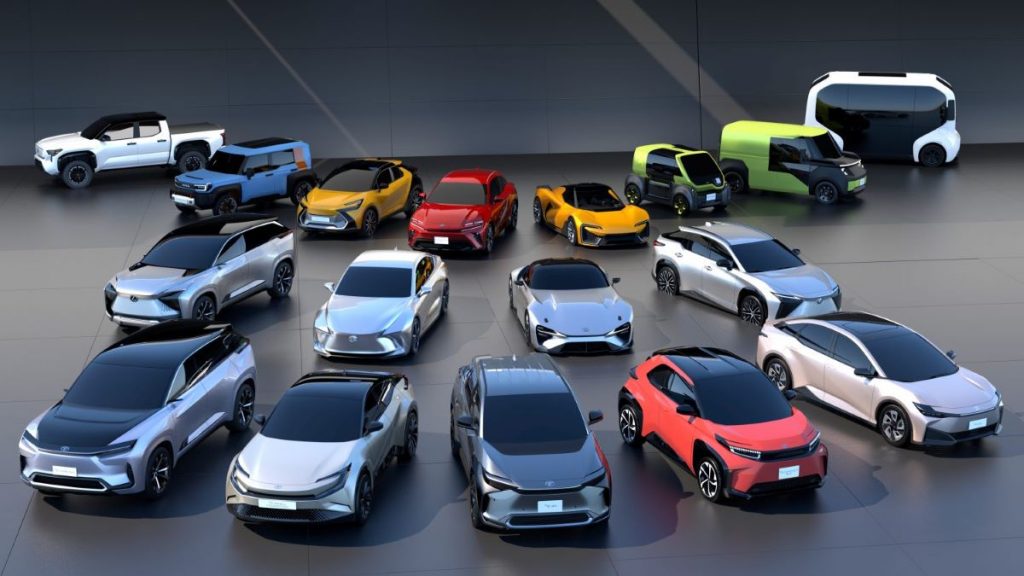 During a media presentation, Toyota global president Akio Toyoda said the automaker will invest up to $70 billion globally in electrified vehicles over the coming years, which will include pure EVs, along with hybrids, plug-in hybrids and hydrogen fuel cell vehicles. Of that $70 million, approximately $35 billion will be funnelled into battery-electric vehicle programs between 2022 and 2030.

Toyota released a photo this week showing thirteen of the electrified vehicle offerings it has in the works. This includes a battery-electric mid-size truck that appears to be based on the Toyota Tacoma, a handful of Toyota and Lexus crossover models of varying size, two sports cars, a small electric mobility vehicle, an electric utility van and an autonomous pod concept similar to the Cruise Origin.

“With this expanded global BEV lineup, Toyota and Lexus will offer BEVs in all segments, including sedans, SUVs, K-Cars, commercial vehicles and other segments,” the automaker said in a press release. 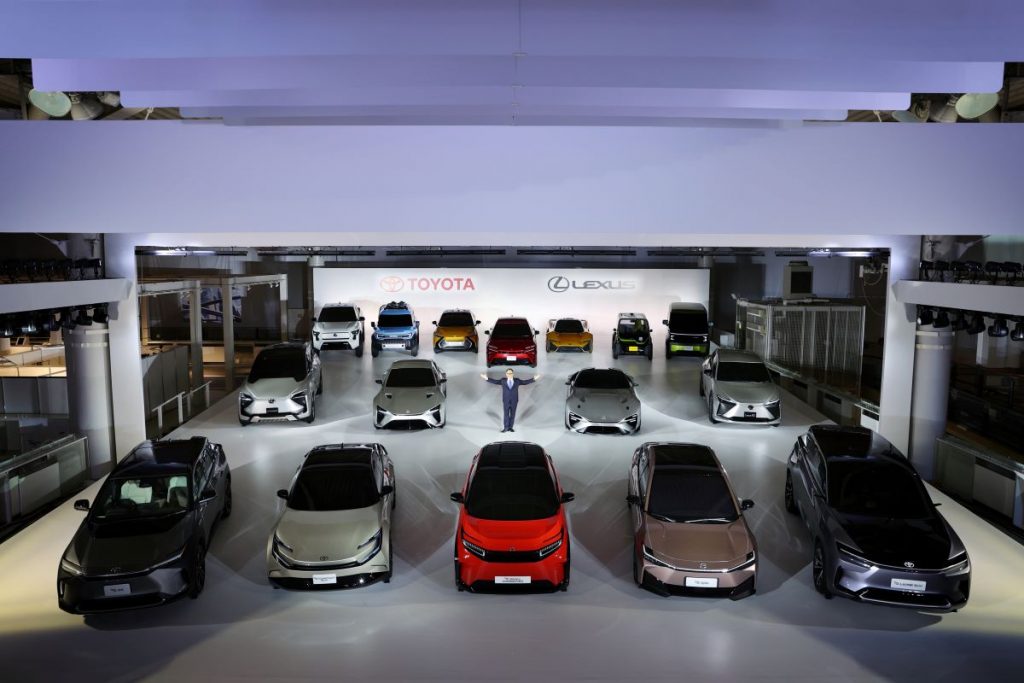 Akio Toyoda also confirmed this week that his company will transition its Lexus luxury brand into an EV-only company by 2030 – mimicking General Motors’ strategy for its Cadillac brand. A number of other luxury automakers are also set to transition to an all-electric portfolio over the next decade, including Volvo and Genesis.

“Lexus buyers will have access to a wide range of vehicles dedicated to battery electrics that offer safety, security and of course, Lexus styling,” Toyota claims.

With this strategy, Toyota is looking to compete with rival mass-market automakers like GM and Ford, who are also working on a wide variety of new EV models that will launch between now and 2030.

GM previously announced a partnership with Toyota’s crosstown rival at Honda to develop new EVs, including a new battery-electric Acura crossover that may be produced at its Spring Hill Assembly plant in Tennessee.