The popularity of the Chevy OBS (“Old Body Style”) pickup truck continues to grow, with customizers hitting the aftermarket with a range of products to slam it the ground. Now, The Roadster Shop is getting in on the action with the debut of the new Roadster Shop LowPro chassis. 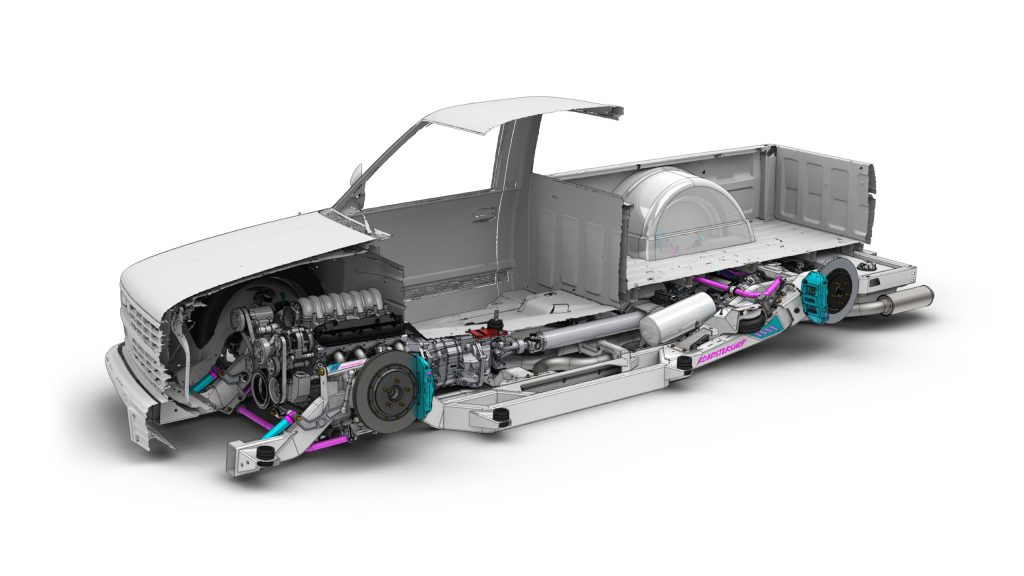 For those readers who may be unaware, the Chevy OBS trucks are the Bow Tie brand’s C/K series of pickups produced between 1988 and 1998, known for their boxy styling and classic, simple aesthetic. The Chevy OBS pickup is a popular choice for customizers, with many opting to lower the truck with a variety of air suspension upgrades.

As such, The Roadster Shop’s new LowPro Chevy OBS chassis was designed to offer the option to slam the ride height, but without sacrificing usability or ride quality, or raising the bed floor. That means customers can sit it on the pavement, while keeping the rear intact for storage or hauling. 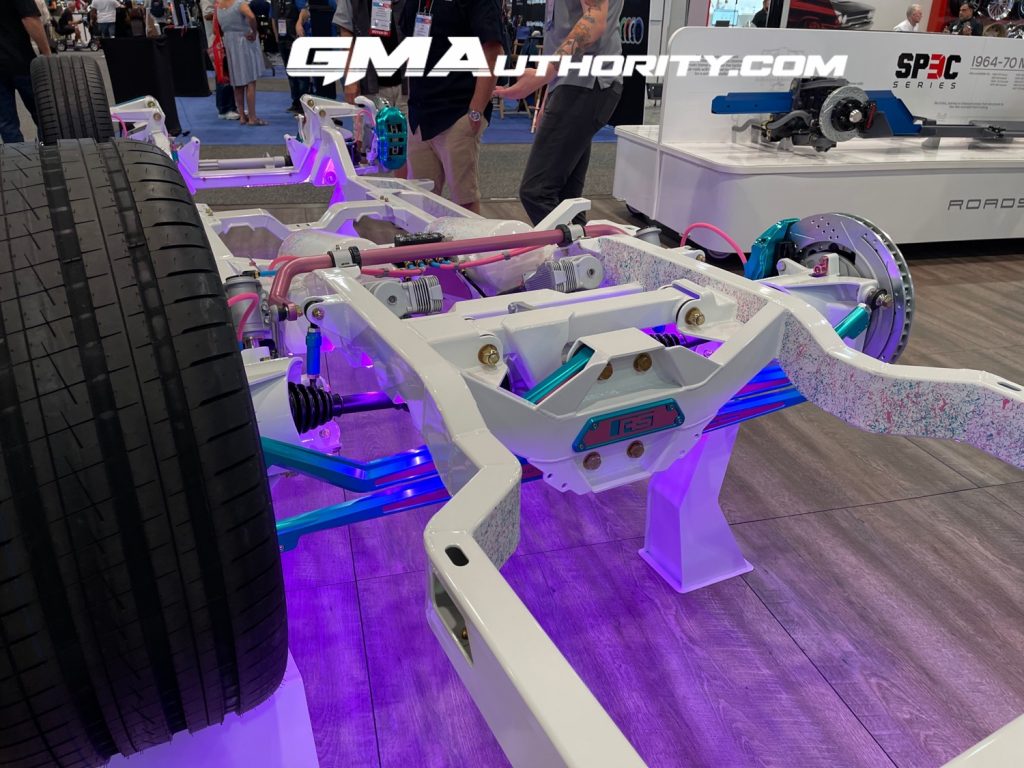 To make it all work, The Roadster Shop LowPro Chevy OBS chassis incorporates a low-profile trailing arm IRS. The chassis includes a new link system that supports a trailing arm with an airbag and cantilevered shock, while the packaging places an OEM GM differential beneath the factory bed. 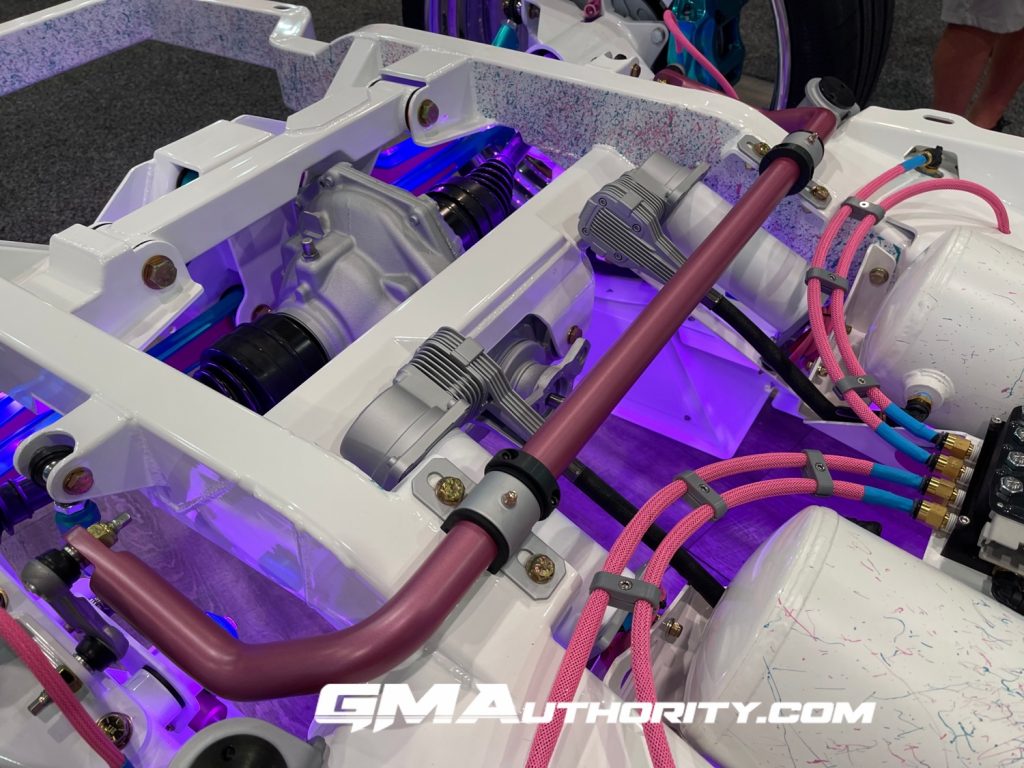 According to The Roadster Shop, the shock motion ratios front to rear are at a nearly even 1:1 ratio. The new suspension system provides maximum shock travel and accurate valving for impressive ride quality, while handling is sharp thanks to DOM mandrel-bent sway bars and a new front suspension geometry designed specifically for the Chevy OBS application. The front and rear track widths also allow customizers to equip the most popular aftermarket wheel-and-tire combos, while maximum turn angle provides the tightest turning radius possible. Additionally, The Roadster Shop says that the most popular engine and transmission options are accommodated without modifications to the factory floor. 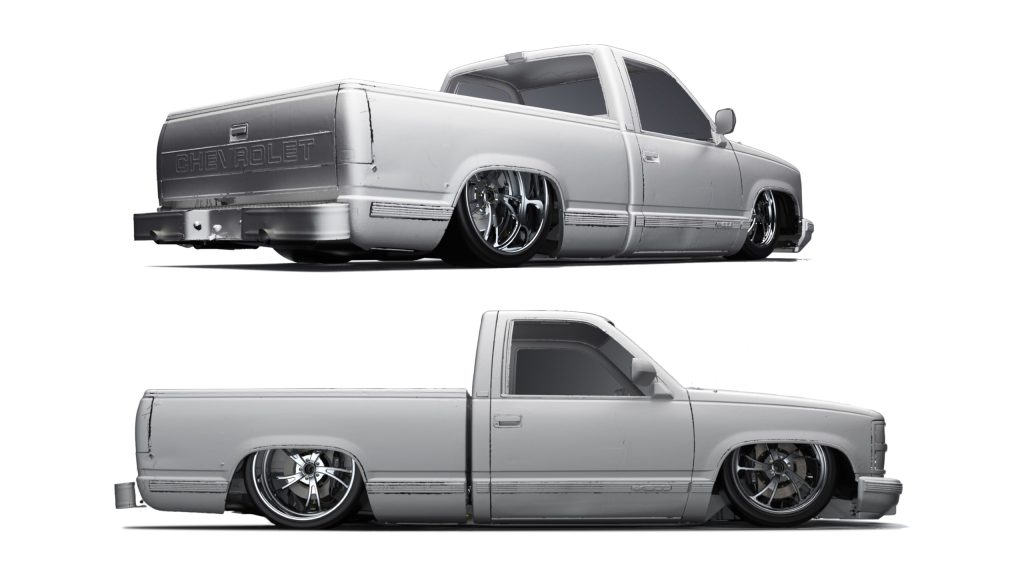