The Chevy Corvette L88 was intended to be a competition car, built for maximum performance. The L88 option consisted of a cast-iron block with 4-bolt mains, forged steel crank, forged rods, 12.5:1 compression, a radical solid lifter cam, Holley 850-cfm carb, transistorized ignition, and an aluminum intake. Rated at a laughable 430 horsepower, when with a set of headers and a bit of tuning, the L88 Big Block could easily produce 550-600 horsepower.

L88s could not be had with air conditioning, radio, power steering, or electric windows, but you had to be optioned with heavy-duty power disc brakes, the beefier F41 Special Front and Rear suspension, and a Positraction rear. The L88 came only with the Muncie M22 “Rock Crusher” transmission in 1967, and either the Muncie or a Turbo-Hydramatic three-speed automatic transmission in 1968 and 1969. The Corvette L88 was only built for three years, with only twenty built in 1967, eighty in 1968, and 116 in 1969. This makes it one of the rarest Corvettes. 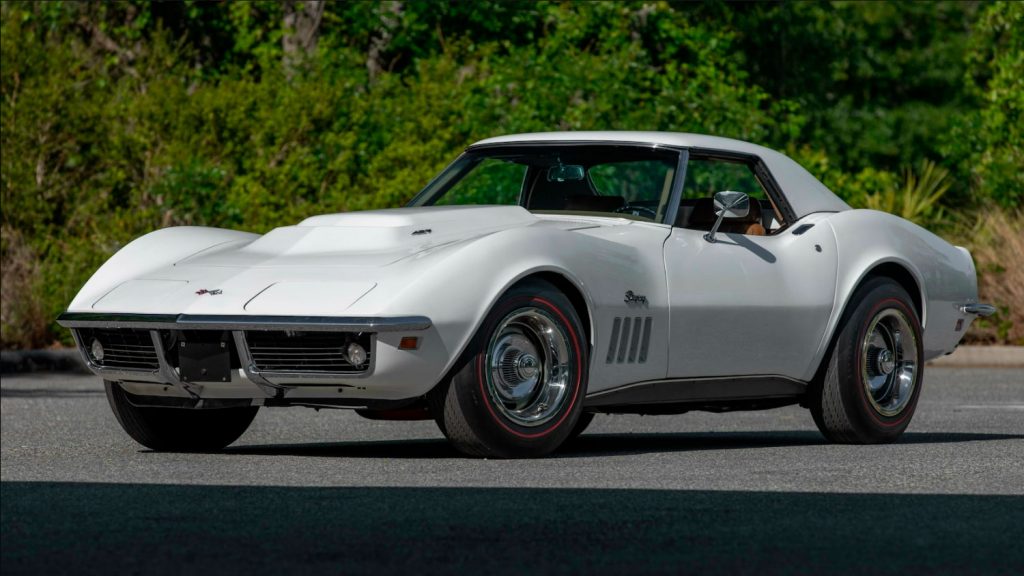 Our feature 1969 Chevy Corvette L88 is finished in Can Am White over Saddle vinyl interior, a Beige soft top and painted hardtop. The Corvette retains its matching-numbers drivetrain, with just 46,000 miles showing on the odometer. It is an award-winning example, having earned a Bloomington Gold Certification, National Corvette Restorers Society Performance Verification, and NCRS Duntov Mark of Excellence. 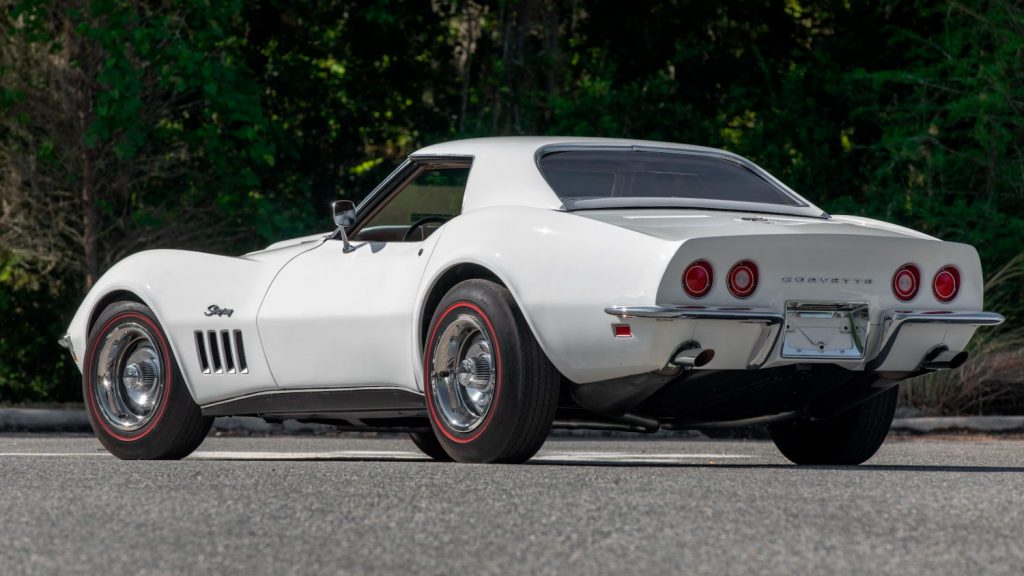 The Can Am White exterior presents quite well. Chrome bumpers appear to either be in exceptional condition or to have been refinished to a high standard. Stainless trim is without any of the small dings that so often accumulate on vintage vehicles, with a high-polished shine. Painted steel wheels are trimmed with center caps and beauty rings, and shod in Firestone Sup-R-Belt Redline bias ply tires. J56 Heavy Duty disc brakes tend to stopping duties, and the F41 Special Front and Rear suspension keeps the Corvette planted. 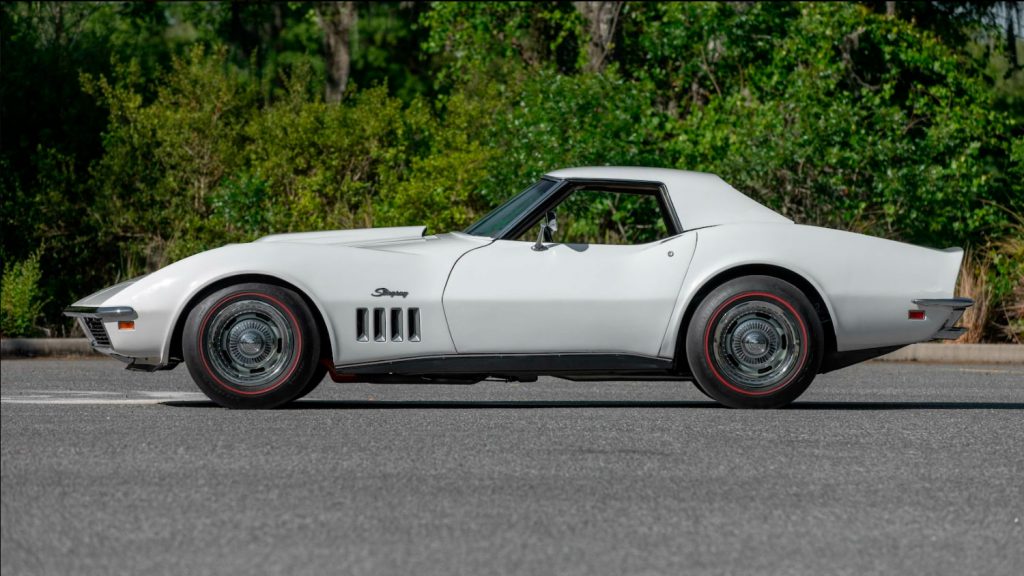 Inside the Corvette L88 is all business. Upholstered in Saddle vinyl, it is equipped with a Muncie close-ratio heavy-duty four-speed manual. Where a radio would normally reside, there is a blank plate. The thin steering wheel is mounted to the fixed steering column. There is little to no wear observed. On the console, just beneath the parking brake handle is a sticker admonishing WARNING: VEHICLE MUST OPERATE ON A FUEL HAVING A MINIMUM 103 RESEARCH OCTANE AND 95 MOTOR OCTANE OR ENGINE DAMAGE MAY RESULT, in case it slipped your mind just what kind of beast you were driving. 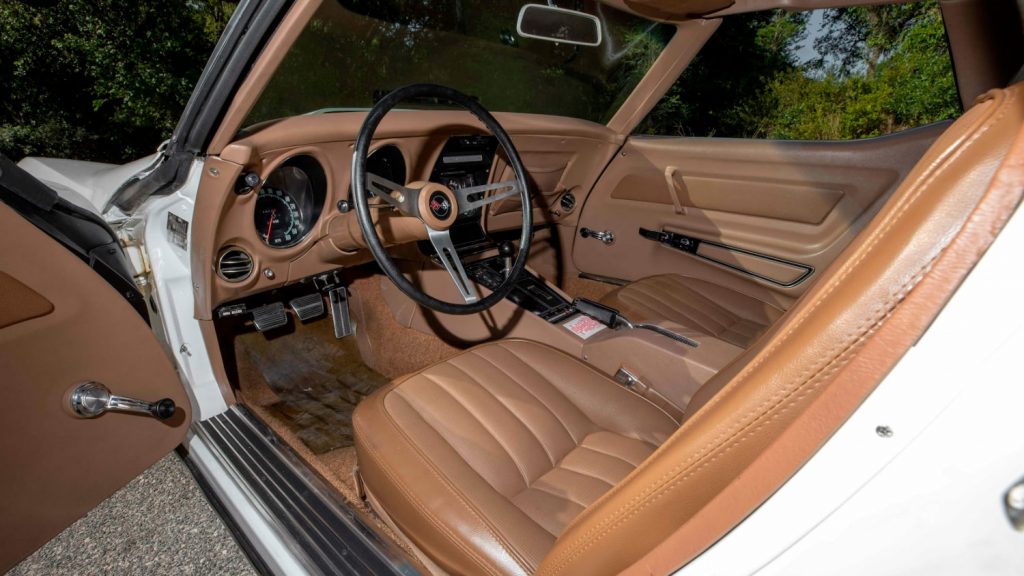 Under the hood of the Corvette L88 is the legendary Big Block that makes the car what it is. The top of the carb is covered in a wire mesh cage instead of the traditional air filter. A foam crush ring surrounds the carb, sealing it to the underside of the cowl induction hood. Chrome Big Block valve covers dress things up a bit. There is no ignition shielding present or needed, as there is no radio to broadcast the ignition whine. The engine bay is reasonably clean, and for those who know the engine and its history, a sight to behold. 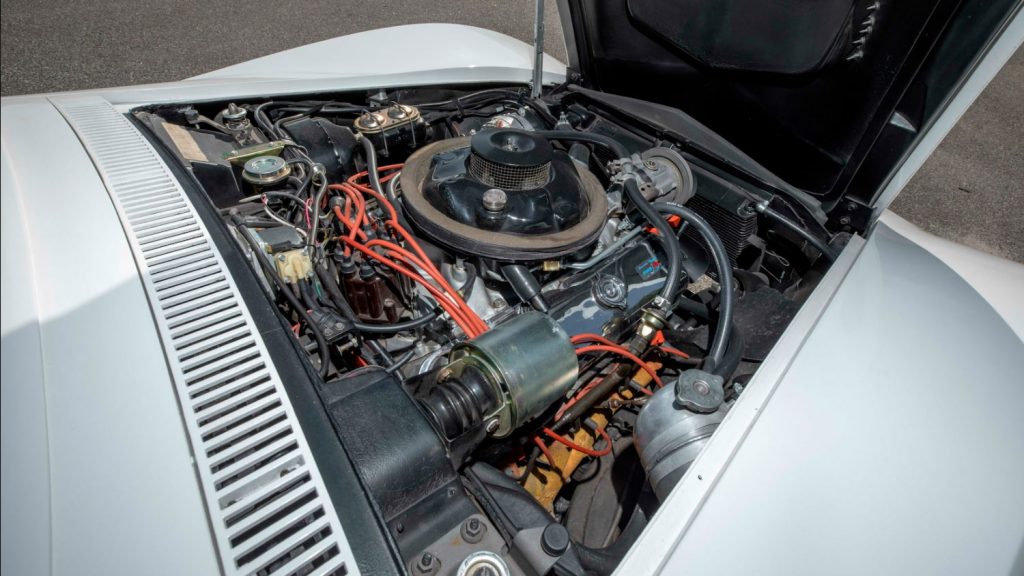 A copy of the tank sticker and photo of the tank with sticker intact are included in the sale.

This incredibly rare and legendary Chevy Corvette will cross the auction block at the Mecum Auctions sale in Kissimmee, Florida January 6th-16th. 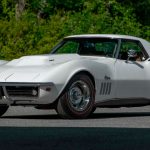 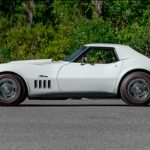 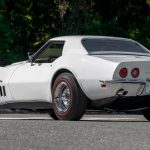 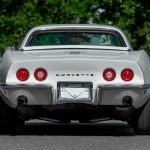 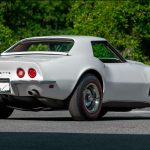 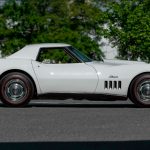 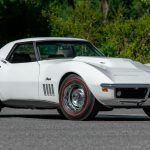 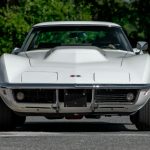 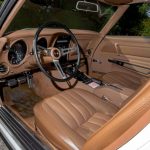 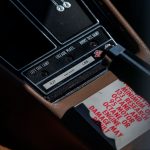 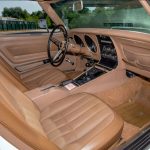 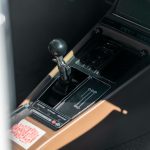 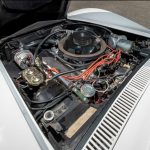 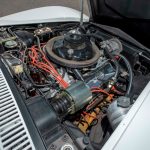