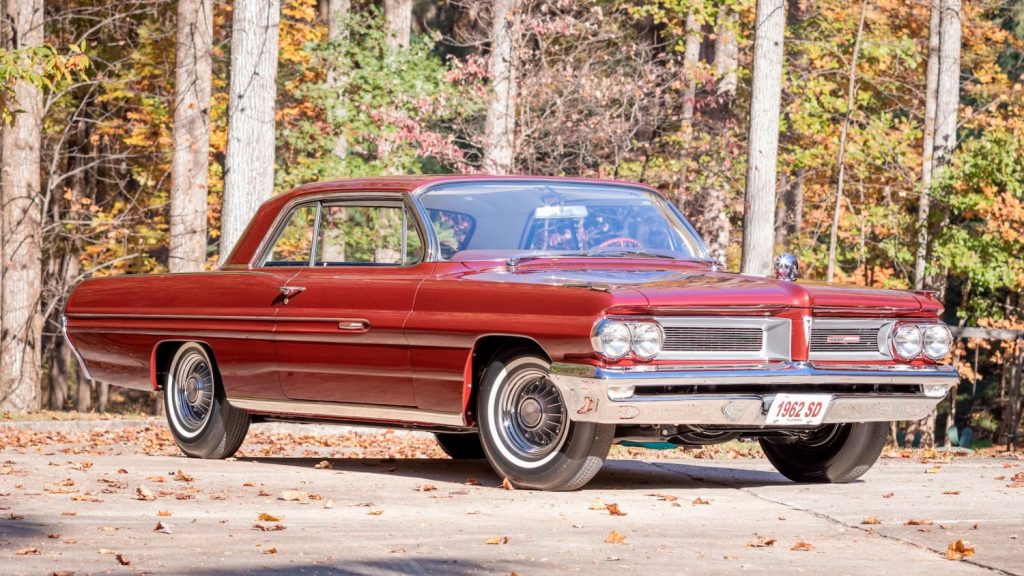 The 1962 Pontiac Grand Prix Super Duty was equipped with either a single four-barrel carburetor producing 320 horsepower, or the far more potent dual four-barrel setup. The 421 was backed by a four-speed manual transmission (an automatic was optional) that fed power to a ten-bolt rear differential. Handling duties were carried out by the independent front suspension with A-arms and coil springs. The Super Duty rolled on aluminum eight-lug wheels. 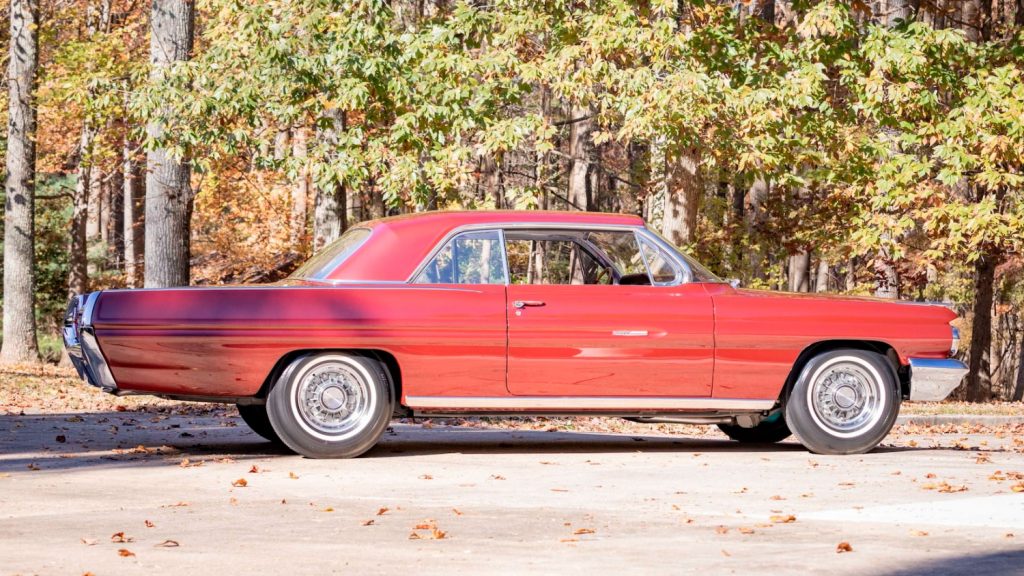 Our feature 1962 Pontiac Grand Prix Super Duty, previously of the Allan Gartzman collection, was restored by Scott Tiemann of Supercar Specialties, with a recent freshening by Joe Aluise. One of only sixteen produced, it is believed to be one of only five surviving. It is gorgeous in glossy Mandalay Red over a white Morrokide interior. Chrome bumpers and stainless trim glisten in the sunlight. Glass and weatherstrip present well. Thin whitewall bias-plies wrap the eight-lug wheels. 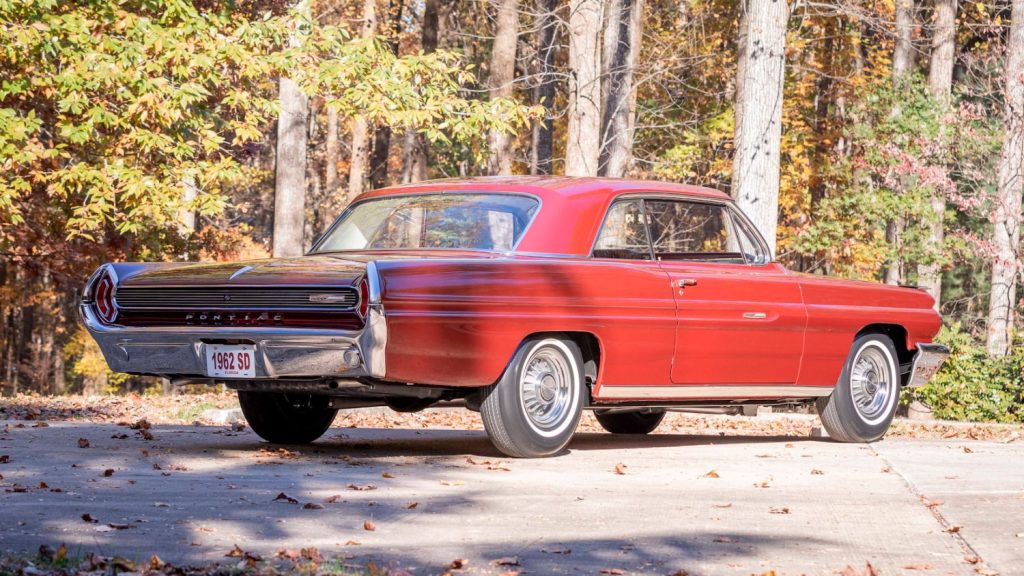 Inside, the Grand Prix Super Duty’s white interior is complemented by a red painted dash and red carpeting. The seats show no noticeable wear. The dash has a darker red dash pad. A console divides the front bucket seats, is home to the T-handle four-speed shifter and pedestal mounted tach. The two-tone steering wheel is fitted to a fixed steering column. 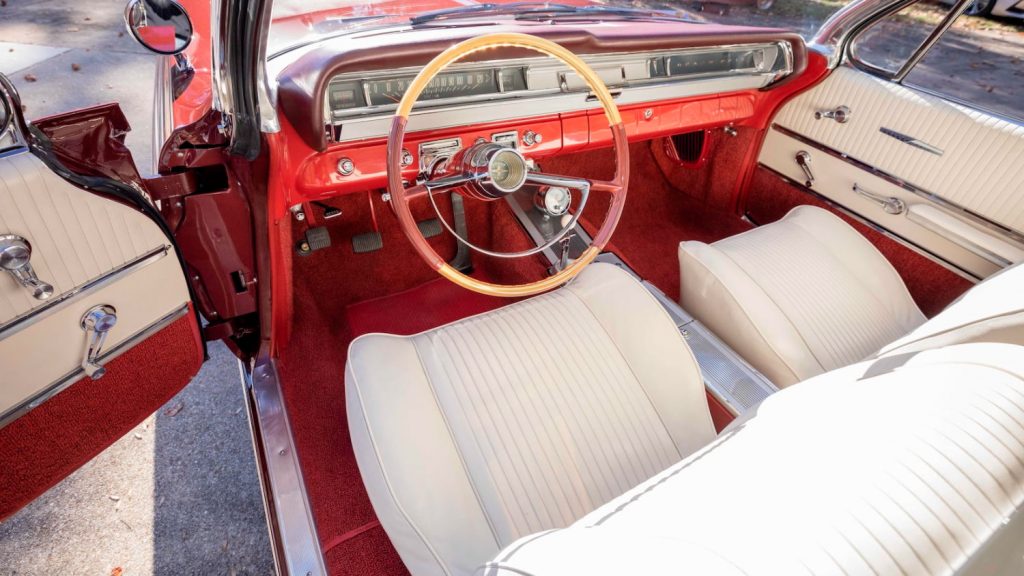 Beneath the hood of the Pontiac Grand Prix Super Duty resides the powerful 421 cubic-inch V8. Finishes in the spartan engine bay appear original, with the block, valve covers, and intake coated in light blue, inner fenders in satin black, and the firewall in Mandalay Red. The engine compartment has been well detailed. 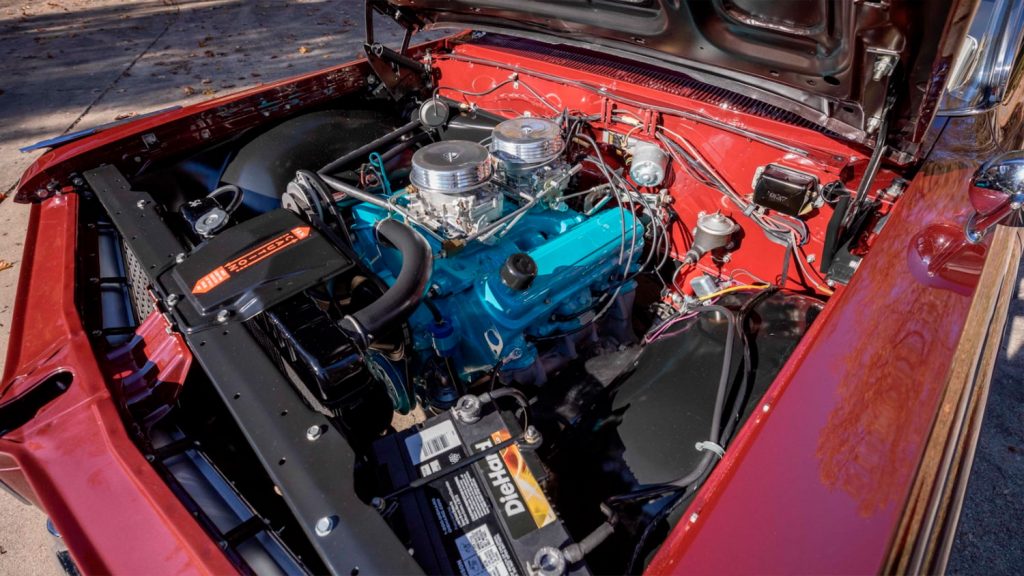 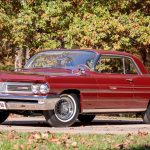 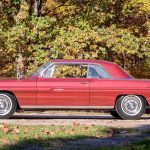 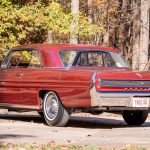 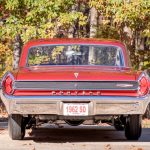 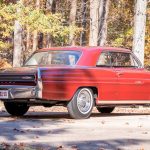 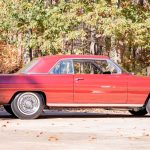 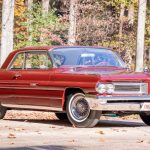 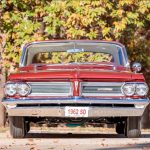 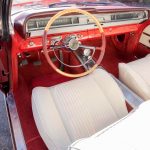 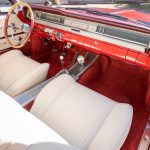 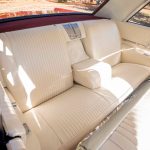 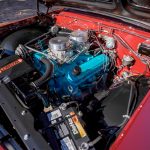 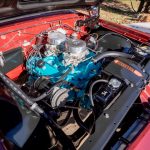