A sharp-eyed General Motors fan has filmed a pre-production 2023 Cadillac Lyriq driving on a public road in Michigan, giving us a better idea of how the vehicle will look in day-to-day traffic. 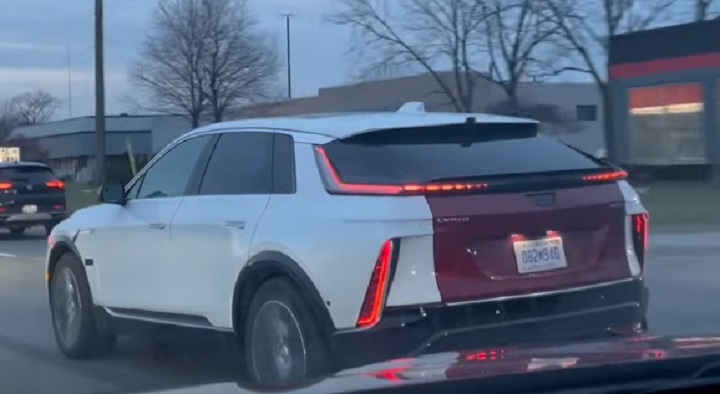 The YouTube user that uploaded the video, Reese Capone, says he spotted this white 2023 Cadillac Lyriq prototype trundling down the road in Warren, Michigan, not far from the sprawling GM Technical Center. The vehicle appears mostly production-ready, leaving the secret-concealing camouflage at home and sporting production front and rear fasciae, production alloy wheels and actual LED headlamps and taillights. The red-painted tailgate with a missing Cadillac crest emblem is a sure sign this is a pre-production vehicle undergoing testing, though. 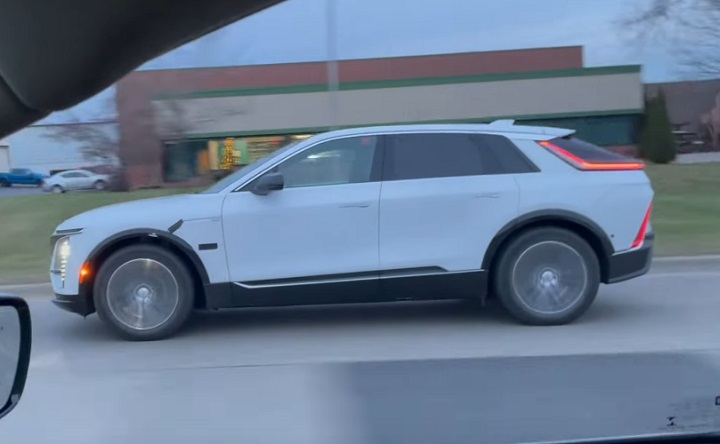 This video should give those who have yet to see the 2023 Cadillac Lyriq in person a rough idea of the vehicle’s size. The Lyriq prototype passes a Chevy Blazer at one point in the video and appears about the same size as the crossover, with a similar length and slightly lower roofline. Overall, it appears about the same size as most mid-size crossovers, but with a longer and shorter roofline and lower stance.

As we already know, the 2023 Cadillac Lyriq Debut Edition will launch with a 12-module, 100.4 kWh Ultium battery pack, which will send power to a single rear-mounted Ultium Drive electric motor producing a GM estimated 340 horsepower and 324 pound-feet of torque. This setup should provide a GM-estimated 300 miles of driving range on a full charge. 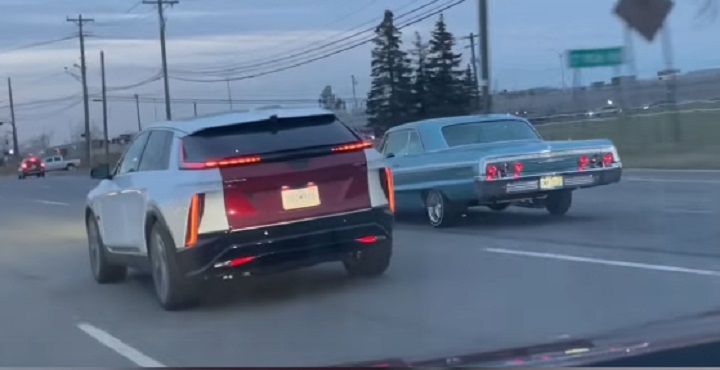 Production of the 2023 Cadillac Lyriq for the U.S. and Canada – and eventually other markets such as the Middle East – will take place at the GM Spring Hill plant in Tennessee. Pricing starts at $59,990 in the U.S., including destination and freight, while prices in Canada start from $69,990 CAD.

Check out the video embedded below to see more of the 2023 Cadillac Lyriq ahead of its market launch in mid-2022.