GM Authority spy photographers have spotted what appears to be a C8 Corvette E-Ray prototype undergoing testing ahead of the hybrid sports car’s official debut. 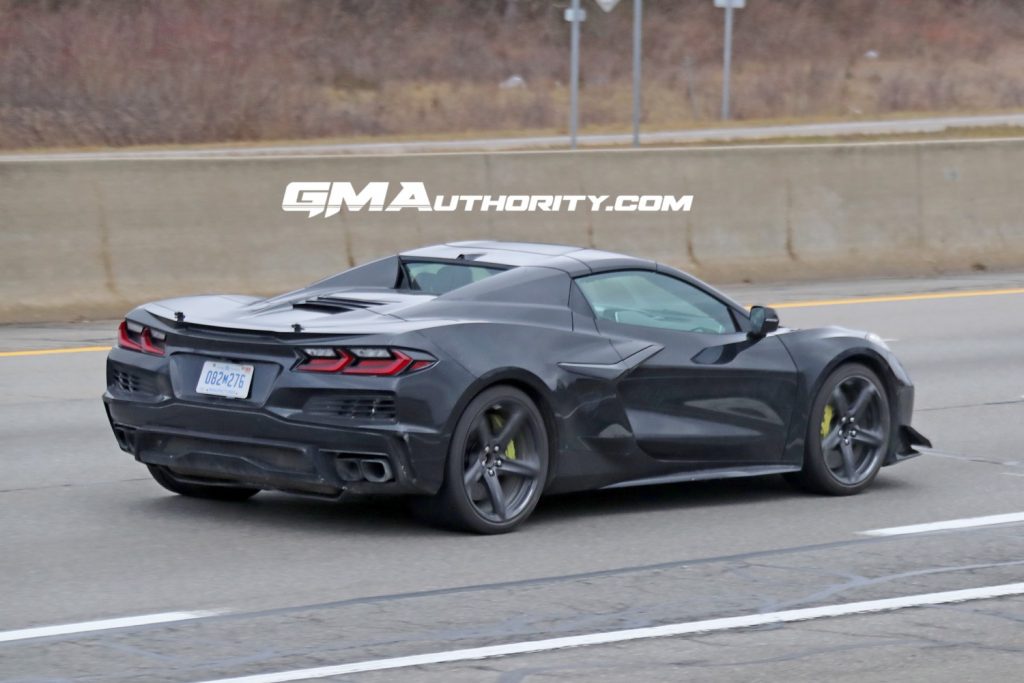 This undisguised prototype features the same widebody treatment as the C8 Corvette Z06, along with the same front fascia. It also seems to be equipped with the available Z07 Performance Package, which includes the following equipment on the Z06: 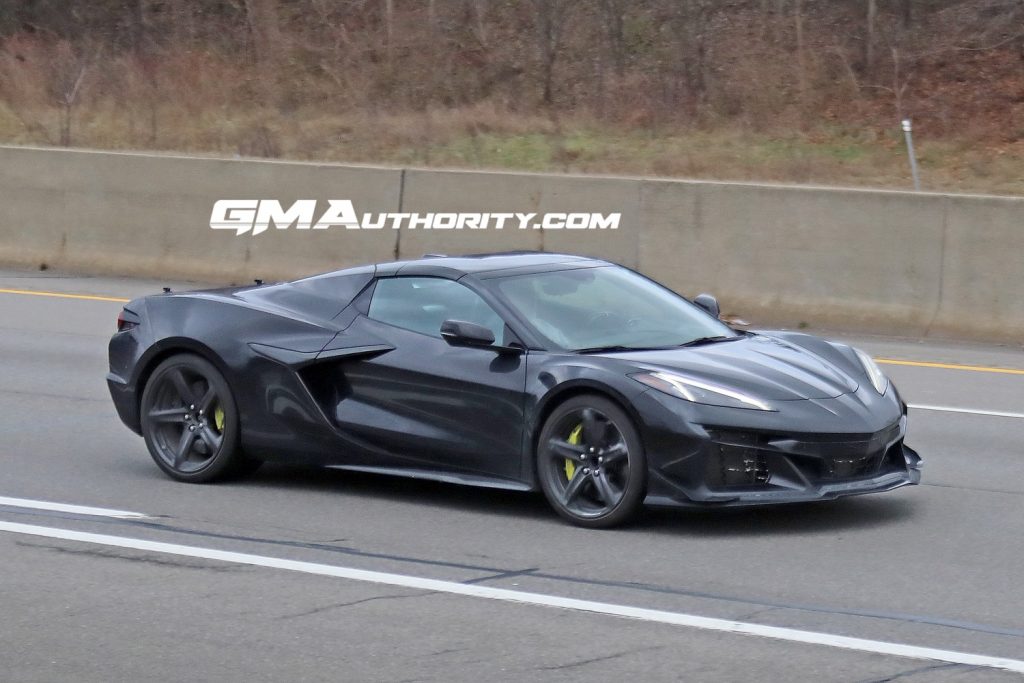 Additionally, this particular prototype has the same rear fascia as the C8 Corvette Z06 – save for one very important change. Instead of the Z06’s quad-tip center-exit exhaust, the prototype features the same outboard exhaust setup as the C8 Corvette Stingray. This is notable, as the Corvette E-Ray is expected to pair the Stingray’s naturally aspirated 6.2L LT2 V8 engine with a battery-electric hybrid system, so it would make sense that this model would share an exhaust setup with the Stingray rather than Z06. We also spot some visible mounting points for a rear wing on this E-Ray prototype – which are likely for the Z07 package’s rather large wing. 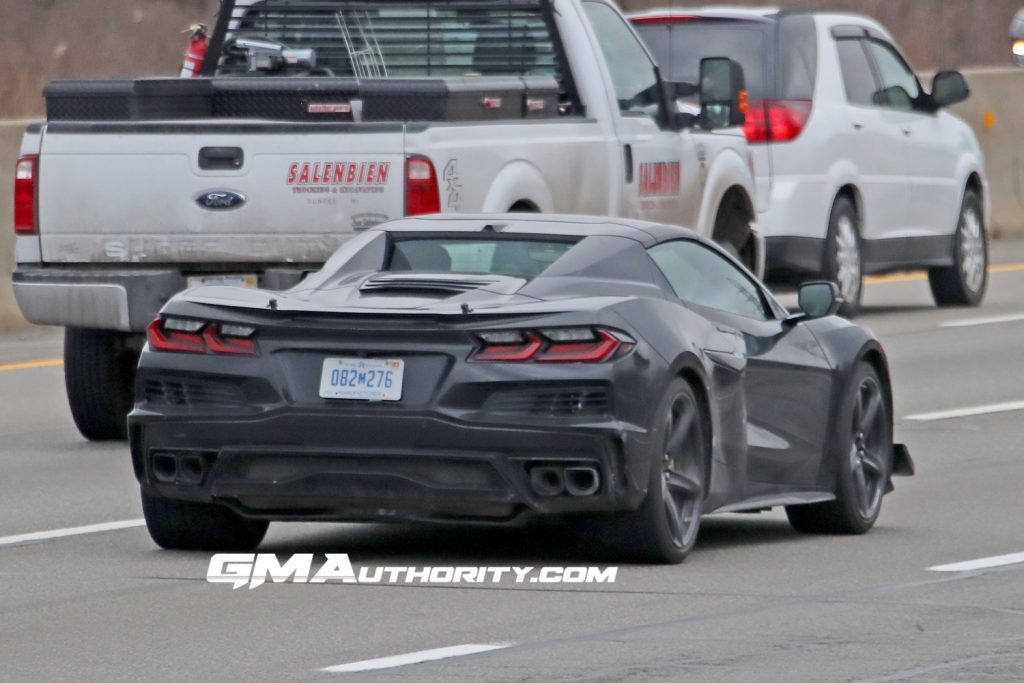 This prototype is riding on the available carbon fiber wheels for the C8 Corvette Z06, as well, which can only be ordered when the Z07 package is already equipped. The abundance of Z07 package content on this prototype could therefore suggest the Corvette E-Ray will also offer this performance-enhancing equipment group as an option.

Our spies said the prototype sounded much different than the C8 Corvette Z06 – which has a very distinct exhaust note thanks to its flat-plane crank 5.5L LT6 V8 engine. While not a sure sign this is an E-Ray prototype, we’d say that’s about as good of an indication as we’re going to get at this stage in the vehicle’s development. 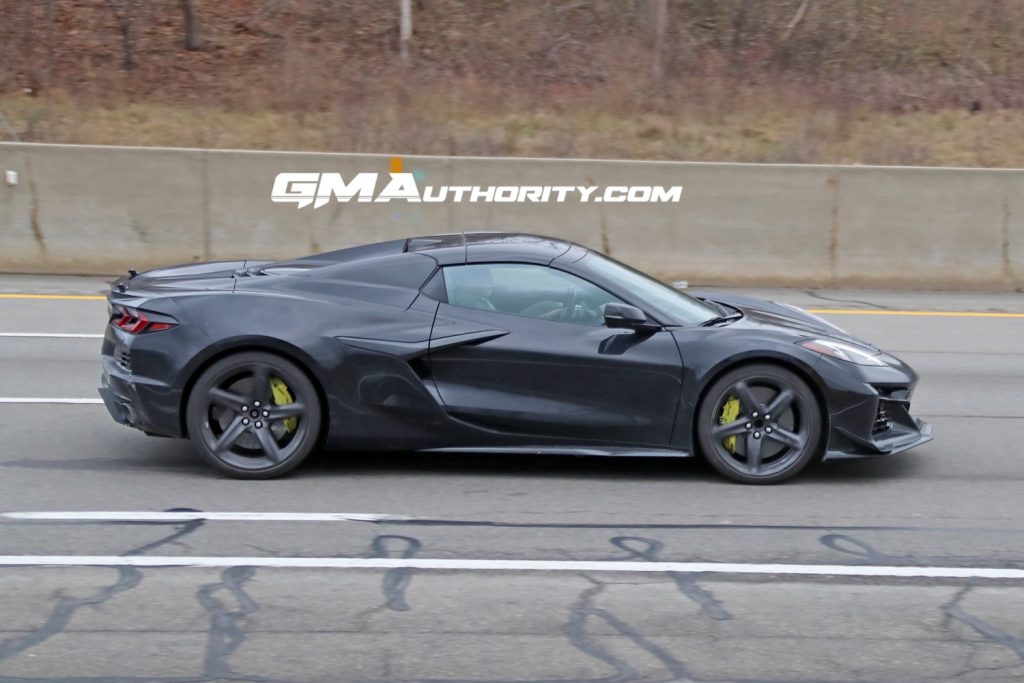 As we reported previously, the Corvette E-Ray will replace the Grand Sport model in the Corvette’s lineup. The Grand Sport, when it was still around, bridged the gap to the Z06 trim level, pairing the Z06’s widebody styling with the less powerful engine from the base model. The E-Ray will serve a similar purpose, putting a hybrid twist on the Grand Sport for better overall performance and fuel mileage.