Ahh, the ‘80s. American flamboyance and excess found new meaning in the 1980s, as reflected by the styles that popped up during that time, including neon-colored clothing and bigger-is-better hair. Of course, that wild style was continued by the automotive industry as well, with cars like the Lamborghini Countach becoming something of a symbol of the era. Now, one digital artist has given the OBS Chevy truck a Lamborghini Countach makeover with the following digital rendering. 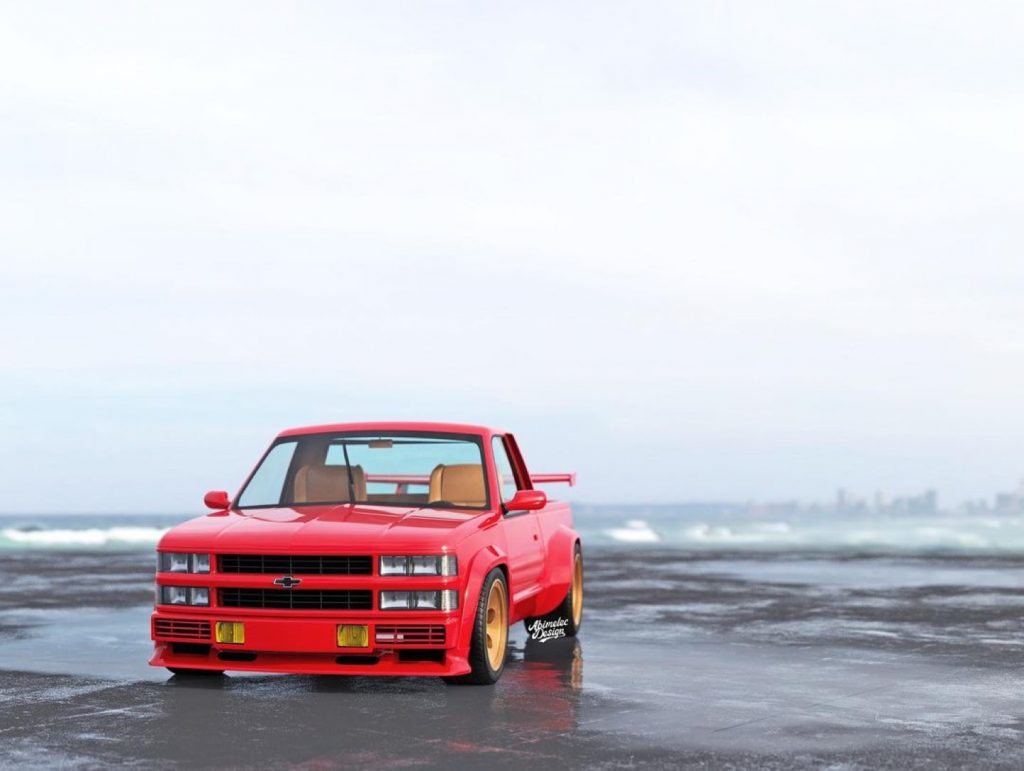 Once again coming to us from digital artist Abimelec Arellano, this OBS Chevy truck rendering starts with the boxy lines Chevy produced from the factory, and adds on a wealth of Countach bits and pieces.

For those readers who may not know, the term OBS Chevy truck is applied to Chevrolet pickups produced 1988 and 1998, and stands for “Old Body Style.” The original look is square and straight, with simple lines and boxy shapes. The OBS Chevy truck is gaining popularity among customizers and enthusiasts, so we aren’t surprised Arellano decided to spruce it up a little bit. However, mashing it up with a Lamborghini Countach is definitely out of left field. 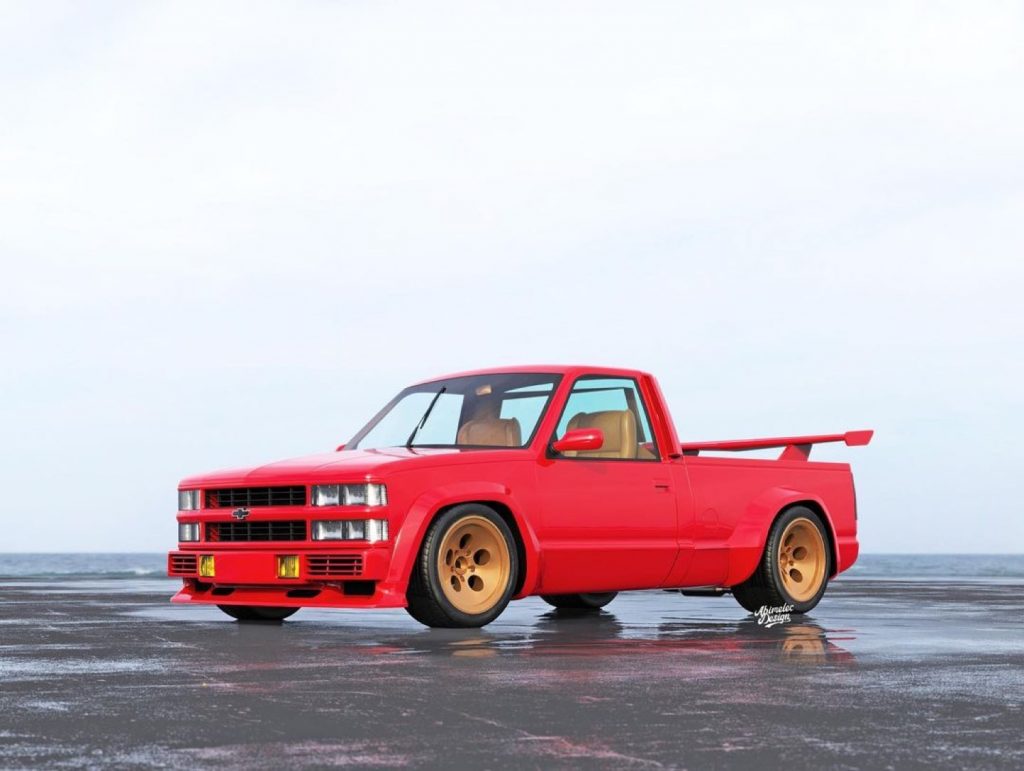 While the broad, rectangular front end is present and accounted for, with quad rectangular lighting elements in the corners, we also spot a new front bumper and lower splitter element that’s definitely all-Lambo. The wheels are also classic Countach rollers, finished in matte orange and sitting under a set of fender flares up top. Don’t forget the side intakes on the rear pillars. 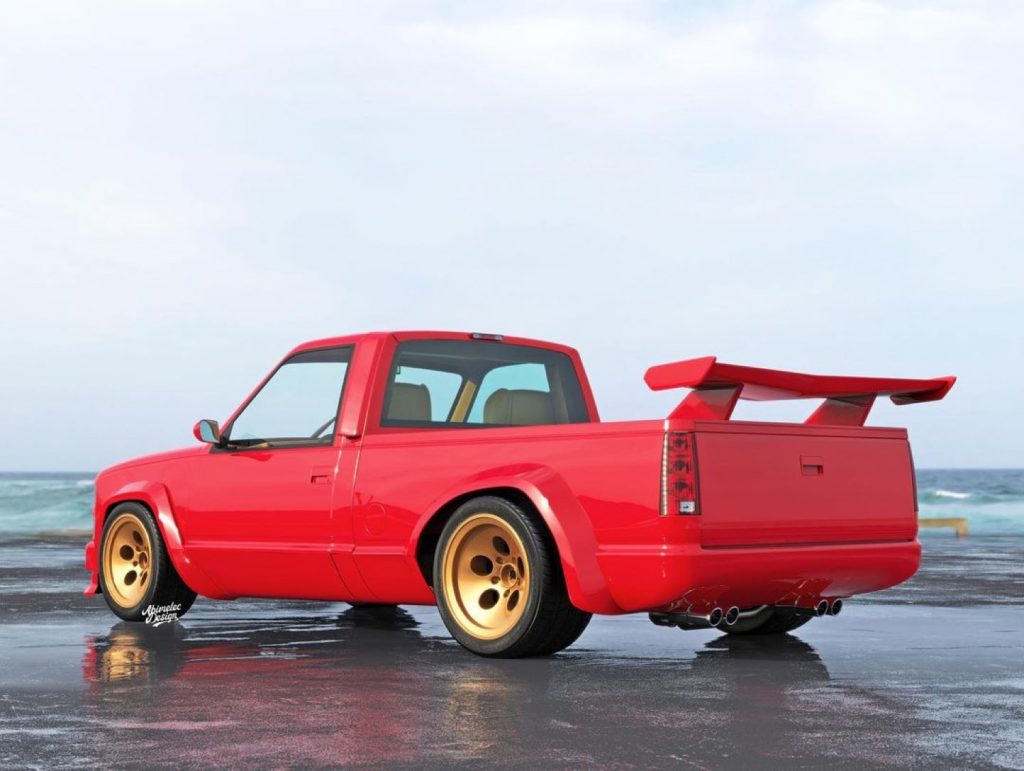 The rear end of this OBS Chevy truck also includes the requisite Lamborghini Countach spoiler, which sits high above the bed for maximum flair. Below the rear bumper is a quartet of rounded exhaust pipes with a polished finish. Even the interior gets the Countach treatment.

How do you feel about this Countach-inspired OBS Chevy truck? Does it work, or is it a no-go? Let us know by voting in the poll below, and make sure to subscribe to GM Authority for more Chevy C/K news, Chevy news and around-the-clock GM news coverage.