The Chevy Cavalier nameplate was offered in the U.S. for three generations over the 1981 through 2005 model years. Now, this surprisingly well-maintained 1998 Chevy Cavalier Z/24 Convertible is up for sale. 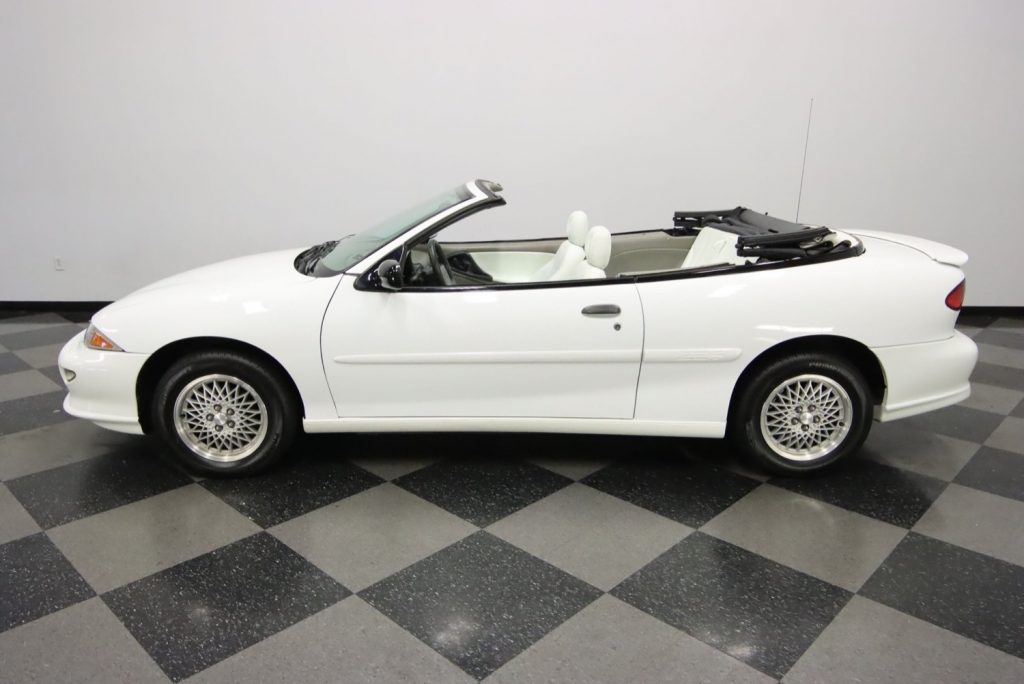 Outside, this particular 1998 Chevy Cavalier Z/24 Convertible is covered in white paint, which, like the rest of the vehicle, looks pretty mint, with a glossy finish complemented by black trim bits. The lighting housings have a crisp clarity to them, while the weatherstripping is all intact. The factory body kit looks like it held up quite nicely as well. The front bumper has a blocked-off license plate cover and red Chevy bow Tie badge, while the rear spoiler adds an extra dash of sportiness to the trunk. In the corners is a set of lattice-spoke wheels, around which are wrapped brand-new tires. 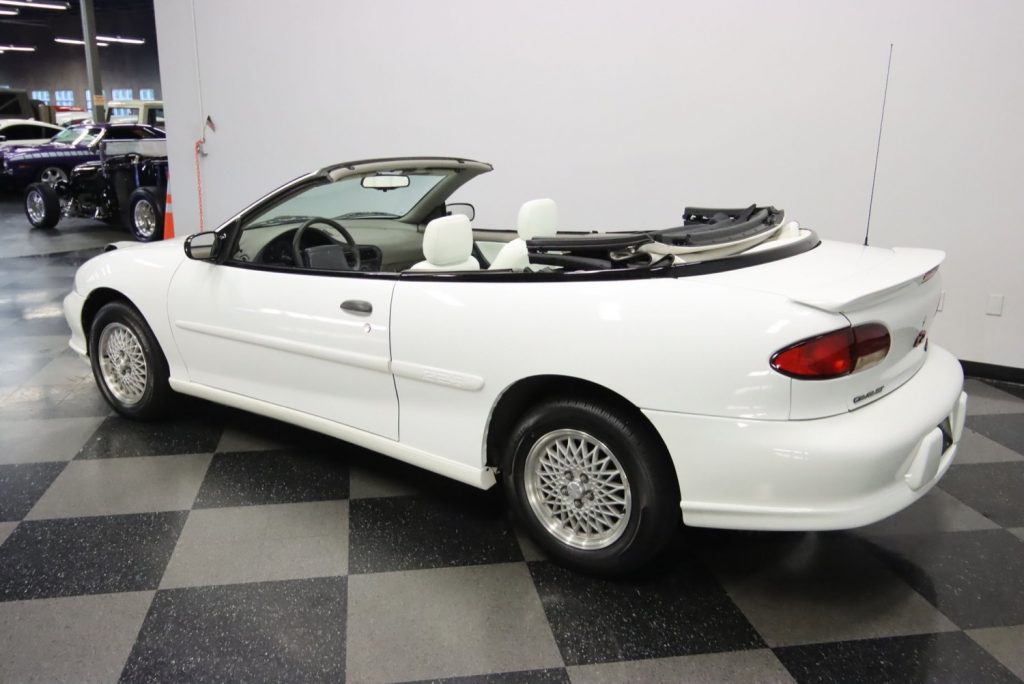 Drop the white top, and you’ll find a clean white finish for the vinyl upholstery, front and back. The gray dash and gray carpets both look to be in pretty solid condition as well. In front of the driver’s seat is a dual-spoke steering wheel. 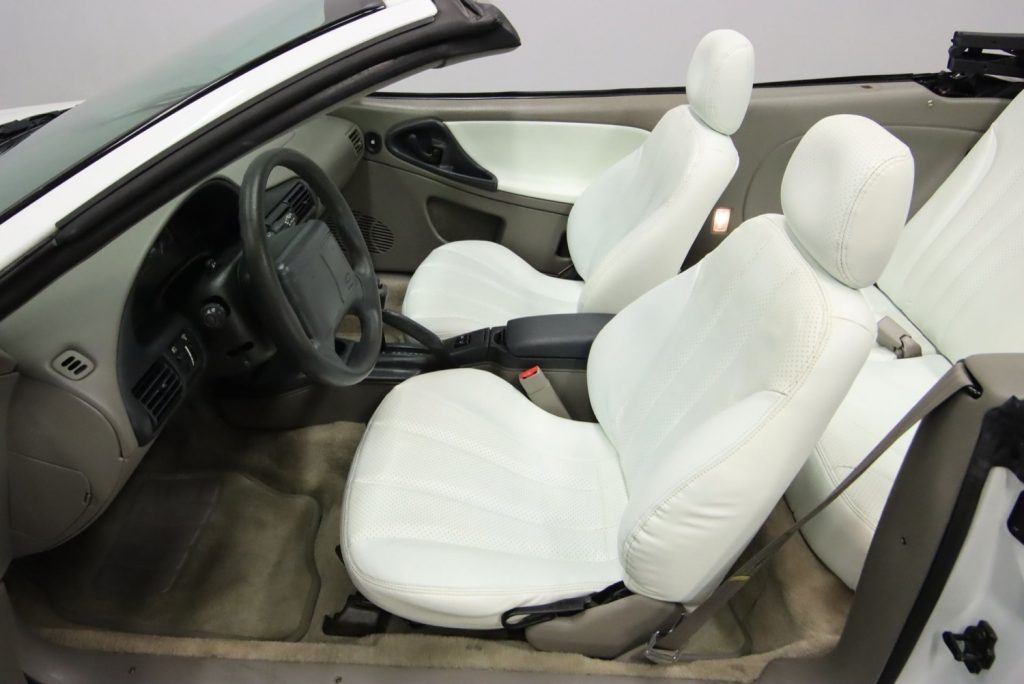 Standout features for this 1998 Chevy Cavalier include cruise control, keyless entry, a Delco AM/FM/cassette radio, and power windows. The convertible top is also powered, while the factory air conditioning continues to blow cold and keeps it comfy. 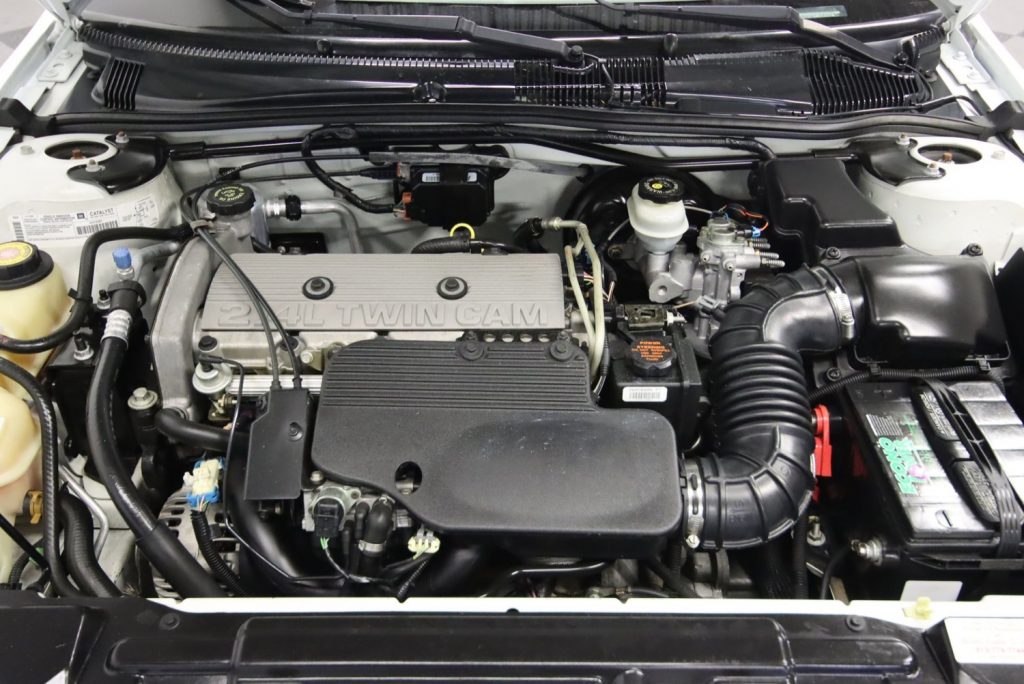 Under the hood is the naturally aspirated 2.4L I4 LD9 gasoline engine, which was introduced for Z/24 and LS convertible models in 1996. Output is rated at 150 horsepower and 155 pound-feet of torque, which is fed to a four-speed automatic transmission to drive the front wheels exclusively. Power front disc brakes, power rear drum brakes, and power steering round it out. 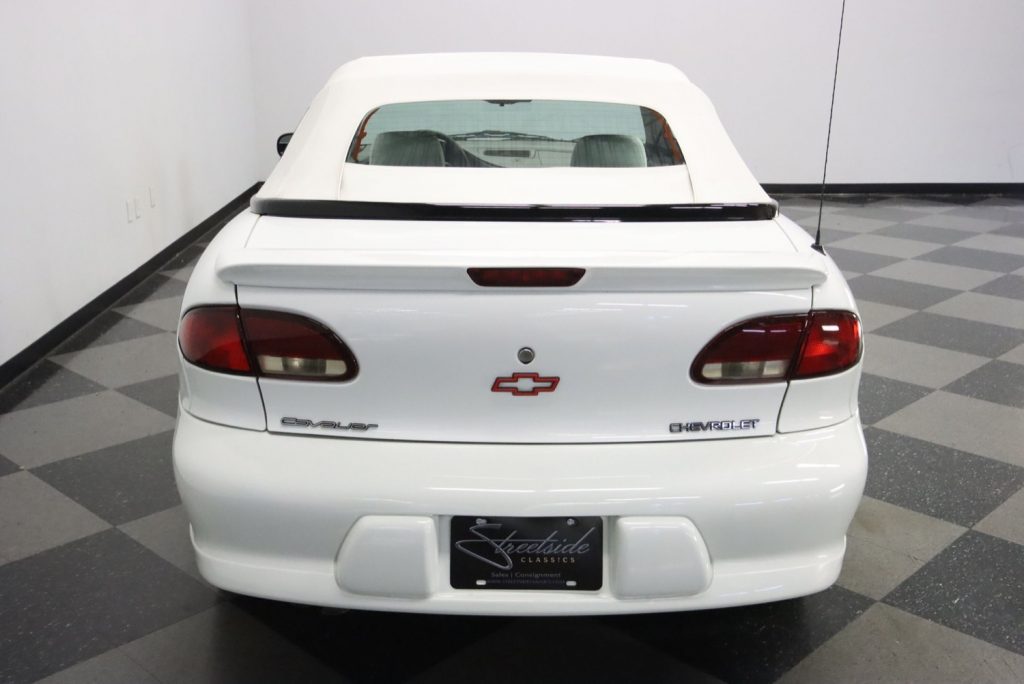 Now, this 1998 Chevy Cavalier Z/24 Convertible is listed for sale by Streetside Classics in Tampa, Florida. Pricing is set at $13,995, with 28,189 miles on the clock and just two owners in the car’s history, both of which lived in Florida.