There were quite a few impressive first-generation Chevy Camaro builds at the 2021 SEMA Show. One of these was Miranda Built’s 1967 model that was showcased at the Meguiar’s booth.

The talking piece of this build is its 6.2-liter LS3 V8, which was fitted with a Magnuson supercharger and backed by a Tremac T56 6-speed transmission. The fourth-gen GM Small Block roars through Ultimate long-tube headers bolted to a custom-built three-inch exhaust system. The builders used HP Tuners to handle programming of the engine management system, and it’s said to make about 600 horsepower. But there’s much more to this special, race car-inspired Camaro than just its powertrain. 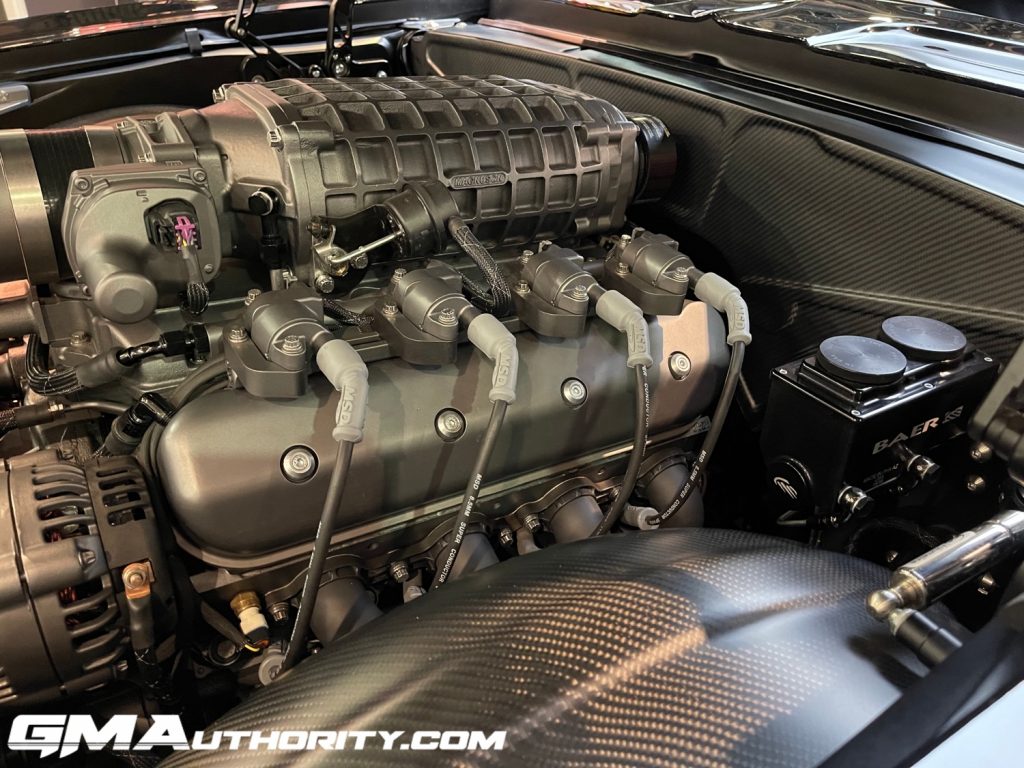 As the photo above shows, this classic Chevy Camaro is fitted with carbon fiber front inner fenders, which were made in-house by Miranda Built. Other tasteful touches include carbon fiber side mirrors and carbon fiber seatbacks as well as a custom dash – also made in-house – that uses NASCAR series AutoMeter SpecPro gauges.

The simple and clean interior is as eye-catching as the exterior finish, with eye-catching blue LED lighting. The electronics tucked in the trunk are put on display via a custom transparent pane that add to the overall appeal of the vehicle. 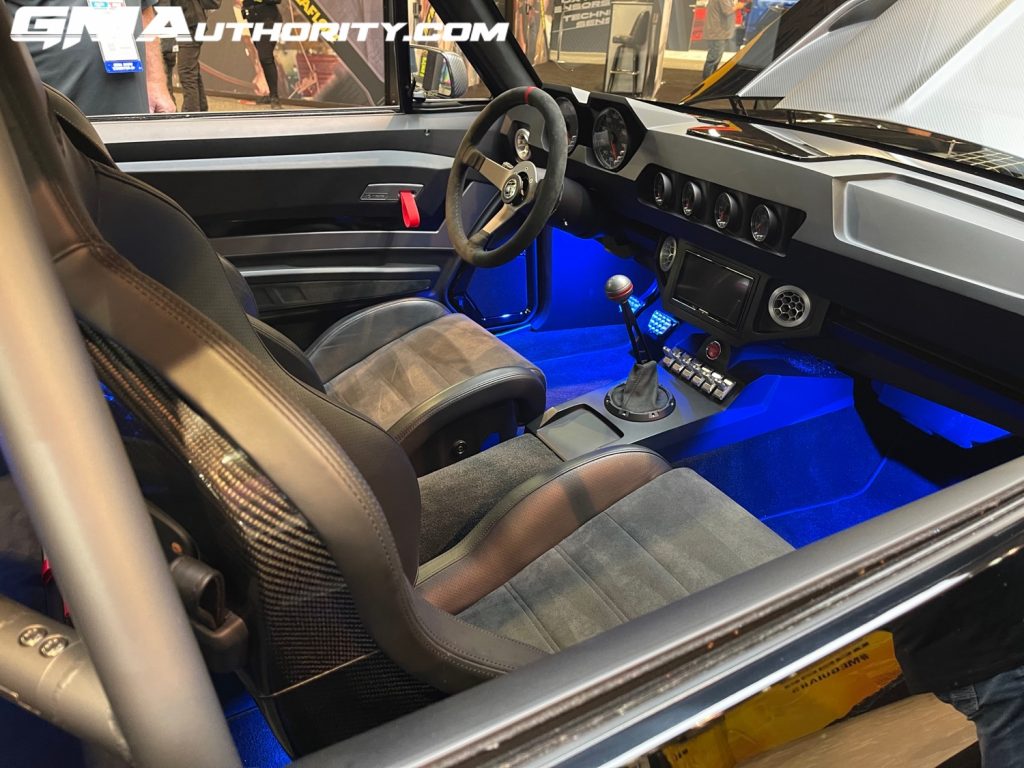 Another interesting custom component are the taillights, which were also made in-house. Each assembly is comprised of two OEM 1969 Camaro housings that were grafted together, giving the rear end a familiar yet unique look with the OEM-style carbon fiber trunk spoiler. 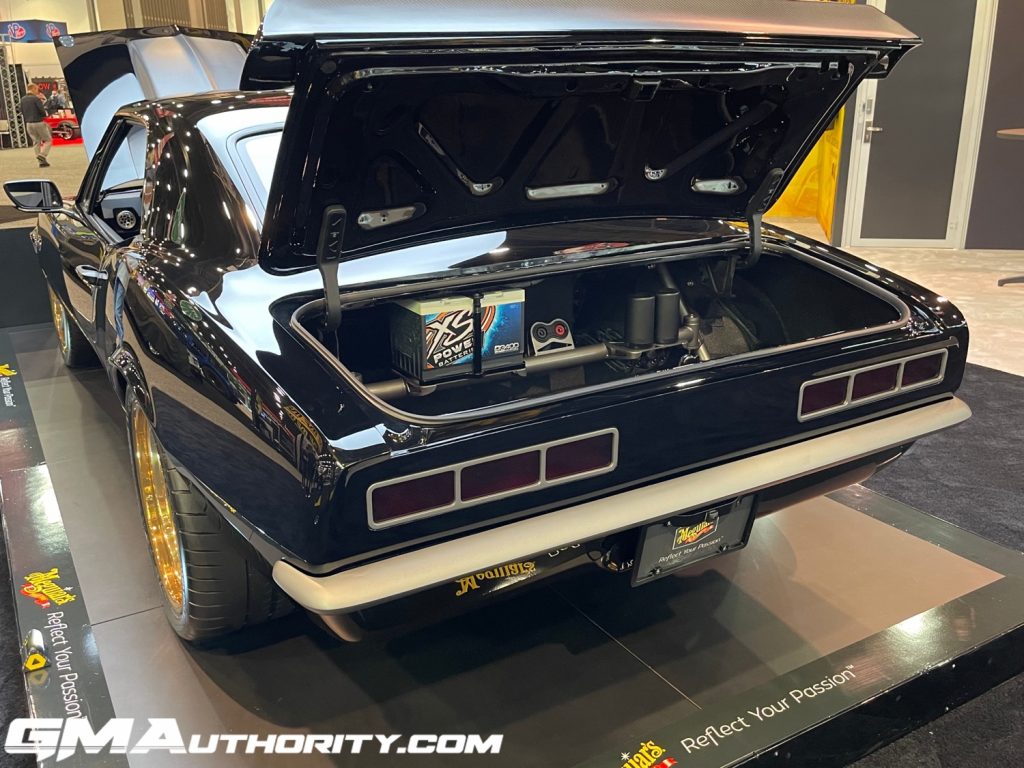 Underneath this Chevy Camaro build is a Roadster Shop chassis, complete with a coil over suspension. The setup allows for the use of healthy tires, measuring in at 265 in the front and 325 in the rear.

Power is sent to the rear wheels via a Ford nine-inch rear. And while the car is currently configured for street-friendly performance, it was actually a drag car with a procharged 572 cubic inch big block before being sent to Miranda Built. While it was certainly potent in its previous form, it left a lot to be desired when being used as a street vehicle, which is exactly why the owner decided to send it off for this transformation. Now, this legendary muscle car gets driven frequently. 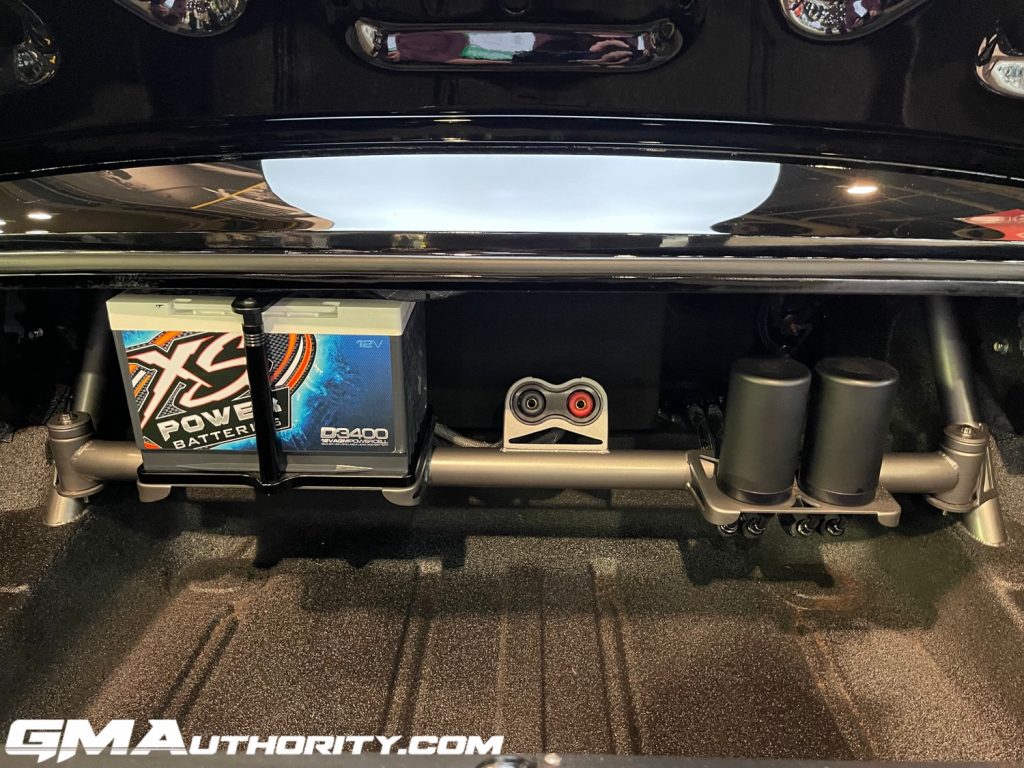 In fact, the shop added some fresh paint and re-powder coated a few of the suspension components in an effort to keep things fresh after the owner racked up some mileage.

We tip our hats to the builders – Miranda Built – which is based in Daytona Beach, Florida. The shop specializes in custom-crafted cars that blend modern technology and timeless looks into incredibly drivable works of art, with an emphasis on LS/LT models. In fact, the owner informed us that they had four separate 6.2L LT4 V8-powered builds in progress in early November.