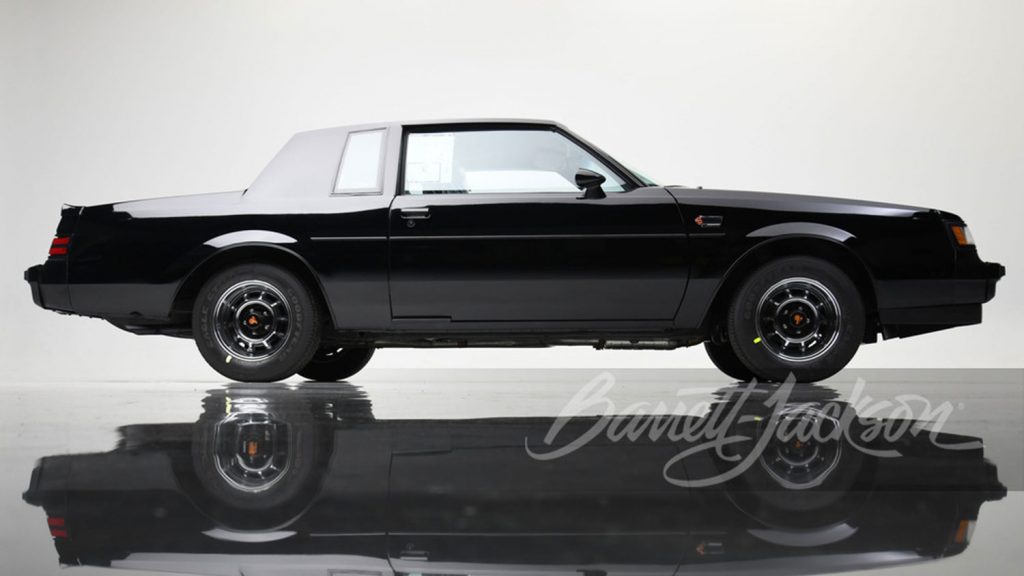 Cars and Concepts converted the Regals to Grand Nationals by adding Light Silver Gray Firemist paint, red pinstripes, and large “Buick” shadow lettering to each side. Wheel openings and rocker panels received a blacked-out treatment courtesy of black vinyl tape. A rear spoiler was added to the trunk lid and a front air dam beneath the front bumper. Stock bucket seats were replaced with black and silver cloth covered high-back buckets from Lear-Siegler. Power came from a 4.1-liter naturally aspirated six cylinder that made 125 horsepower. Thirty-five of the 215-unit run were based on the Buick Regal Sport Coupe, and were thus equipped with the turbocharged 3.8-liter six that churned out 175 horsepower. 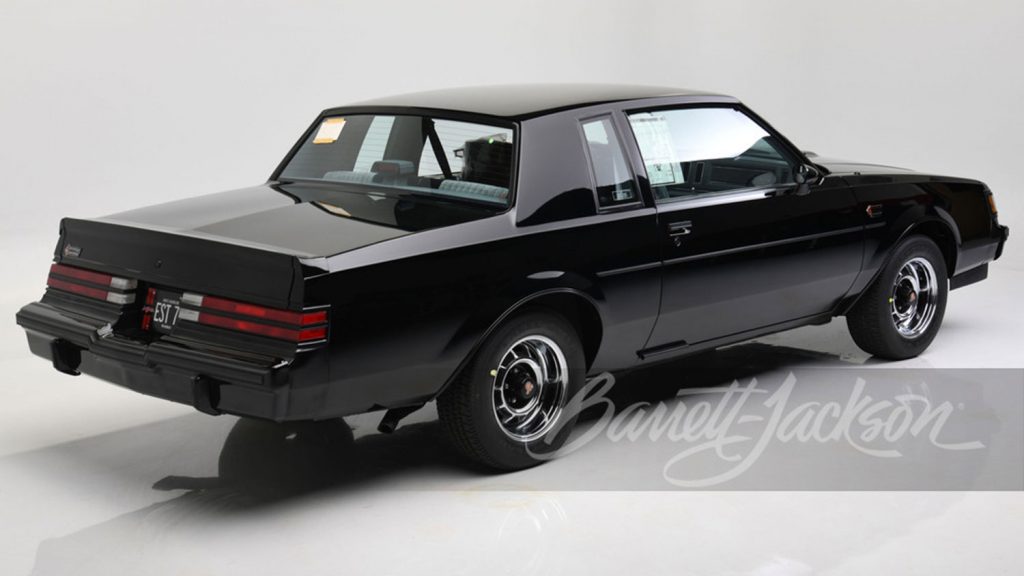 There was no Grand National for the 1983 model year. Instead, the model was dubbed the T-Type. The turbo six cylinder made 190 horsepower.

For the 1984 model year, the Buick Grand National arrived with the solid black paint scheme. The 3.8-liter turbo V6 was the only engine offered, and it now featured sequential fuel injection, computer controlled ignition, 200 horsepower and 300 pound-feet of torque. The 1984 Grand National would run the quarter mile in 15.9 seconds, easily dusting off the V6 Chevy Camaro, and nipping at the heels of Chevy’s flagship Corvette. Production totaled 2,000 units. 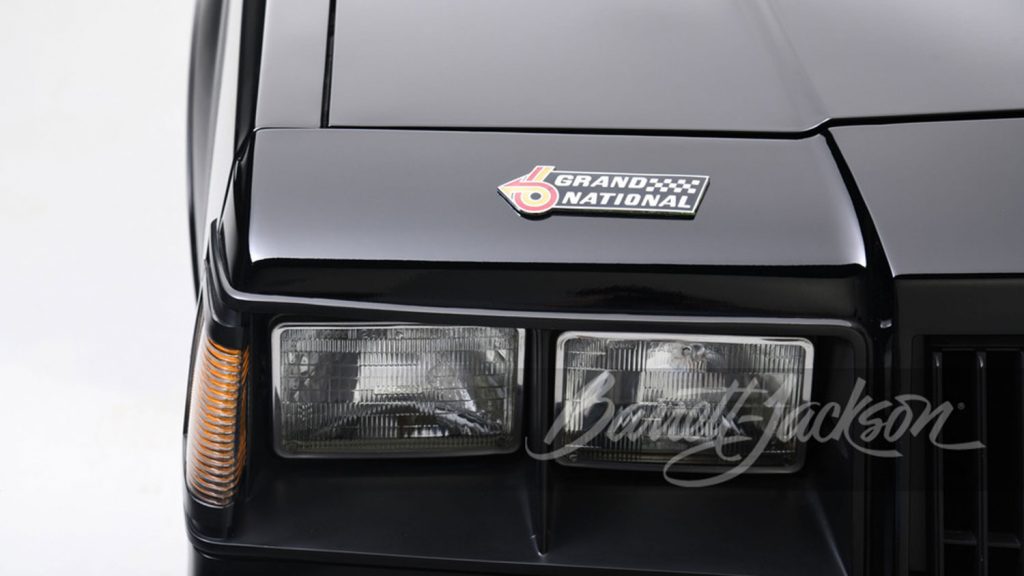 By its final production year in 1987, the Buick Grand National had become a legitimate performance car. The 1986 model year had introduced a number of engine improvements, with a new passenger-side header, crossover, down pipe, intake, turbo, and intercooler. Power had increased to 245 horsepower, or five more than the Corvette. 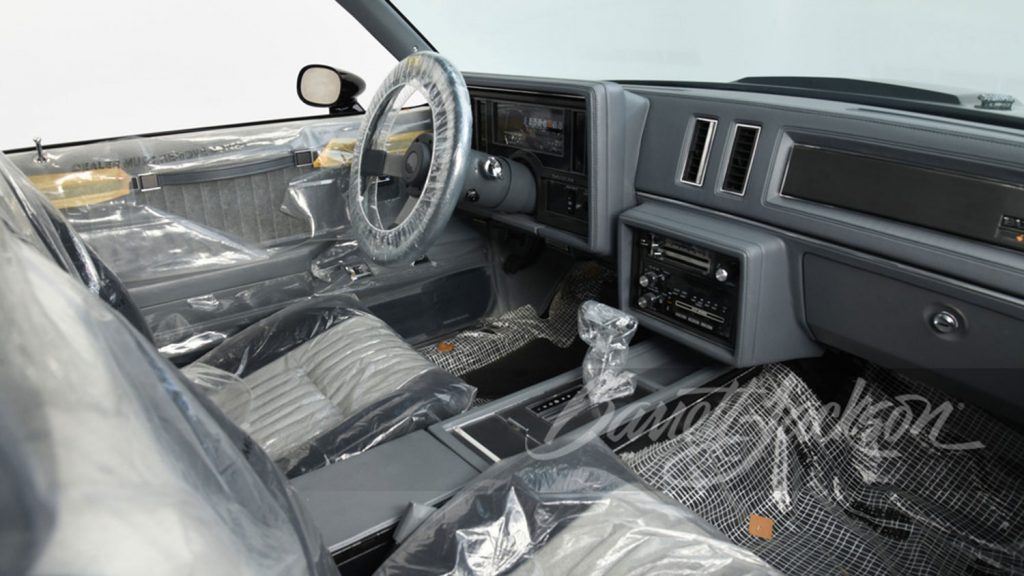 Buick Grand National production came to an end on December 11, 1987. Our feature Grand National is the last ever built. It is also the last of General Motors’ mid-size rear-wheel-drive G-Body platform. The car was fully documented as it rolled down the assembly line, with signatures of all the assembly line workers in the engine bay and on the undercarriage. As the final Grand National, it has an extra Grand National emblem just above the passenger side headlights. The car has been owned by the same owner since new, and has always been kept in a climate-controlled addition on his home. The odometer shows just 34 miles from new. The car is still covered in all of its pre-delivery plastic sheeting. 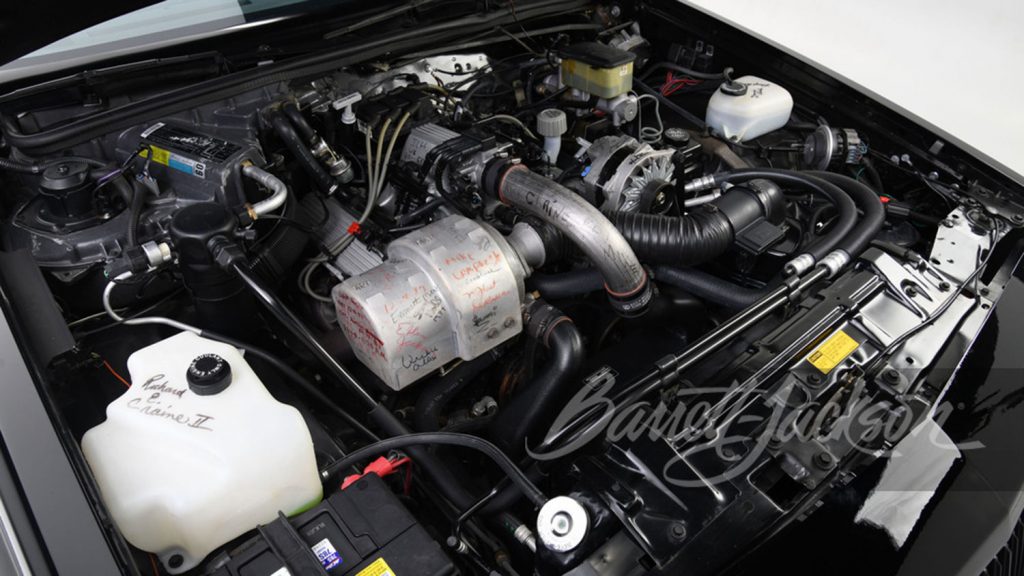 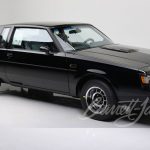 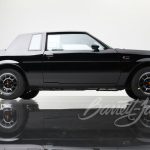 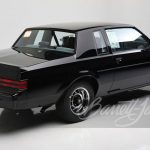 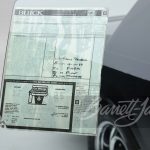 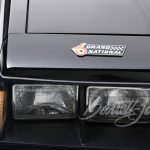 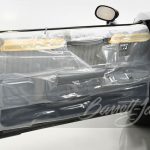 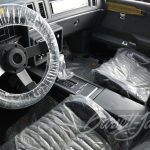 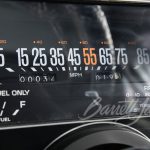 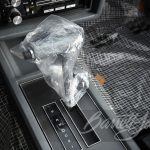 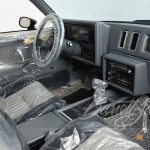 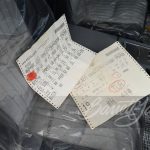 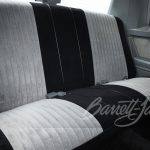 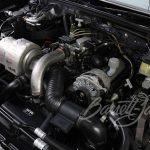 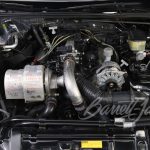 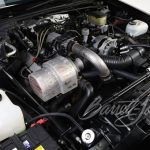